Last week, Kevin killed himself the same way that Billy did nearly two years ago: with a bullet in his head without a trace to why.

At the surface, both deaths are inexplicable. I imagine suicides always are, no matter the demographic. Though the fact both men were veterans seems to assuage most concerns. As if that’s just what veterans do, like the infamous 20-suicides-a-day—however accurate—isn’t a statistic of despair but a quota. And, according to the laws of nature, the veterans will meet this quota without enforcement. Because we’re disciplined and self-governing and we can meet and exceed any regimented expectation, except face the totality of life after service.

The “why” haunts me, because the inexplicability of their suicides makes me believe it wasn’t actually them in control. It wasn’t the thoughtful and introspective Billy, who though burdened by his ailing body had an unbreakable spirit; it wasn’t actually Kevin, who literally minutes before the act Facetimed a friend to share a laugh—like he did with anyone he knew. So, I believe that the “why” is a plague, as if not even they woke up those days knowing that it was their last days of life.

I wonder who the plague will strike next. The rest of my unit does too. 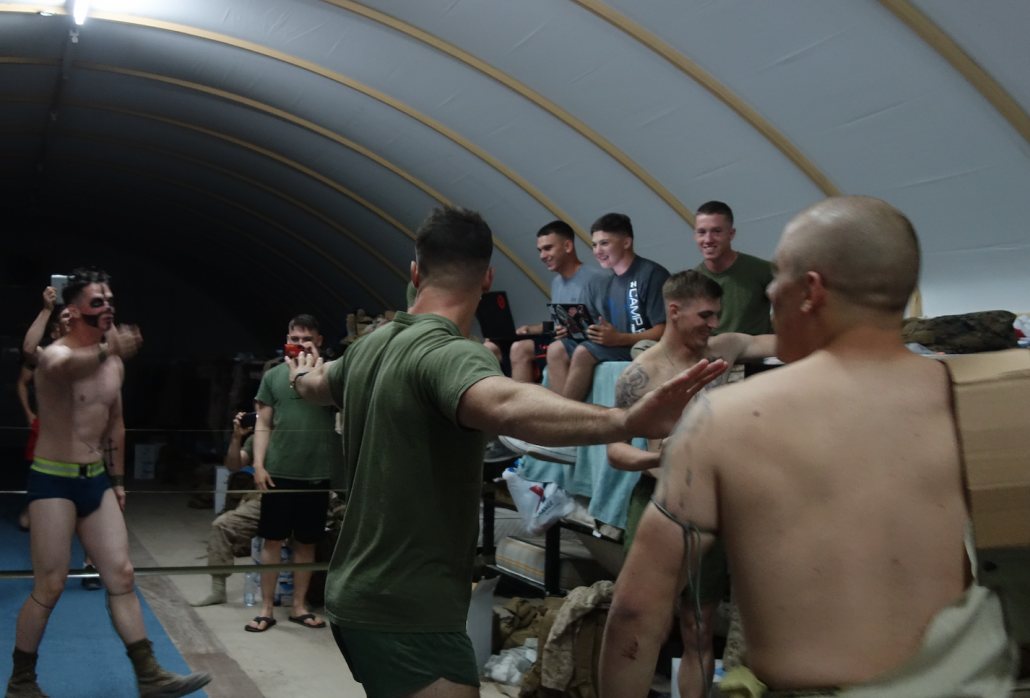 Billy referees an impromptu wrestle-mania match inside a hooch, while Kevin looks down at him from the top rack (center). Courtesy Nate Eckman

During our calls to check in and share details about wakes and funerals, we speculate. Jerry’s cocaine addiction makes him an obvious candidate. Mack is apparently homeless, living under whatever roof that he and his affiliates find abandoned. We figure that Mack will soon die, not from a bullet he puts in his head but from whatever kind of senseless violence erupts in a crack house, or on a run to supply the home, or maybe even at the home, when the cocktail of narcotics finally overloads his heart and it fails. I worry about Jared. On occasion he’ll post an image of himself on Instagram, and I see that his smile is withering. Jared is where most of us exist: in a dull kind of pain indicative of seemingly less severe illnesses. We’re drinking too heavily and talking too little. We’re hermits. Disgruntled and melancholic. It’s just a phase, we say. We’ll get over it, we promise. But it has been years since we all left service.

What are the early signs of the plague, I wonder, and is there an antidote?

We believe that cure is time. Time to adjust to the new realities of life. Time to get our lives in order. It’s just a matter of time, we tell ourselves. But it also seems that awareness of time amplifies the plague’s side effects. Time is the great tormentor. The variable that makes us believe that our situation is inescapable. I don’t believe that time is the antidote. It is the great accelerator. To an ill mind, time is perpetual; a never-ending barrage of torments. I wish time was something we could travel through, that it wasn’t something to endure but a thing that we could traverse.

The first place I’d take us is back to that day late in 2011 when we all raised our right hands, at the Military Entrance Processing commands nearest our hometowns. That day we were most full of hope, when we stood in Cleveland, and Dallas, and Louisville, and cities all over this country, delivering a promise to defend our nation from all enemies foreign and domestic, and when we promised ourselves a life worth remembering. Our only concern with time then was how many days until boot camp. We thought that number was counting down to the beginning of our lives.

The plague makes me question reality. 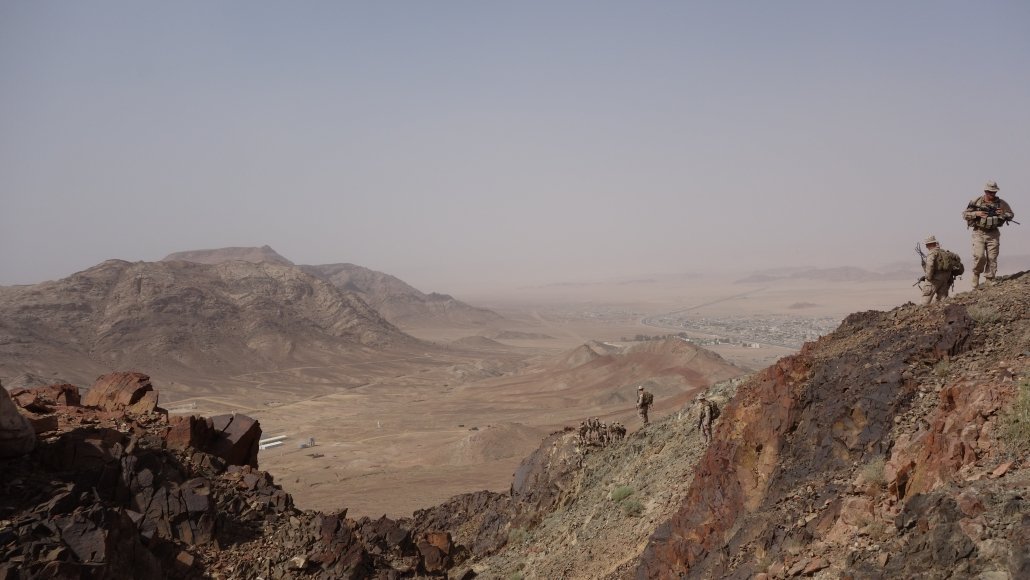 We’re supposed to have a brotherhood; all those years rucking and camping and on-patrol in those 13 countries the Corps took us to, vowing to be by each other’s side no matter what. But twice in two years men have taken their lives without a trail as to why. In both times, both men spoke with others from the unit the days and hours before their final shots. In both cases, both men warned none of us about their pending suicides. The brotherhood is supposed to isolate us from the taunts of depression, and self-mutilation, and harm. I thought that good families produce that kind of barrier to life’s hardships. Is ours perpetuating the hardships? Is our acclaimed “brotherhood” even real?

Is sanity just an illusion?

I think about that gun in my closet sometimes, and wonder if that’ll be the last thing I touch. I wonder because I believe in the plague, and that despite all the warmth and love surrounding veterans and awareness of suicide, no one seems to be able to answer “why?” Twice now, I’ve learned that there are no prerequisites for killing yourself besides 1) you have a pistol and 2) you’re an unexpected candidate.

Maybe we just never knew those men, and the guys we loved or liked or despised. The men we learned about under the stars, navigating terrain at night, and later in the hooch, under the red light of our glow sticks, were just illusions. Pop-up displays of the men the Corps told them to be and what insensitive men forced them to become. And, once they were out of the Corps, those pop-up men were too high-maintenance to maintain, too difficult to sustain, but they were so embarrassed with their true self that they’d rather suppress its existence than give it its day. But they tired. And the burden was too great. So when their true selves rose they did so in a fury, hating the body that suppressed them for so long that they destroyed it—in a last-ditch effort of liberation.

At this point, I’ll believe any story. Any explanation. Because the “why,” I’m convinced, is a plague, which convinces me that I won’t be one of them. As long as I avoid its grip. 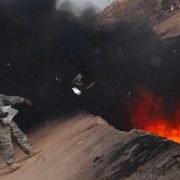 “I Was Still Pretending”—a Road Trip and Worry for a Little B...
Scroll to top