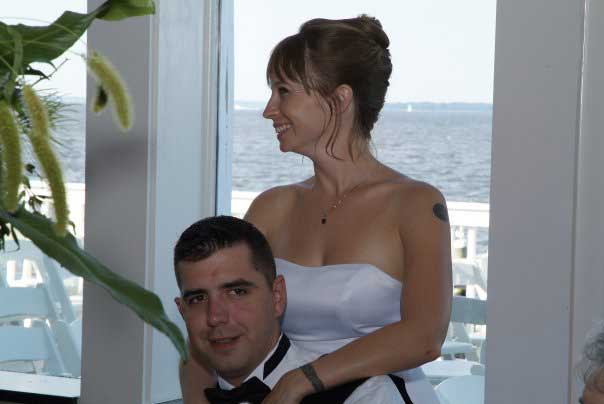 “I’m bisexual, but not many people know,” I said, a little embarrassed. I was chatting with Lindsay Church, the unapologetically queer founder of Minority Veterans of America, over drinks celebrating the launch of a report I led on outcomes for minority veterans. “During the fight for the repeal of the ‘don’t ask, don’t tell’ policy, I was told that since I’m married to a man, my voice as a straight ally was … more effective.”

She shook her head and gave a sad half-smile. “The toxic legacy of DADT really lingers, doesn’t it?”

I took a sharp breath. After hearing so many stories of folks who suffered tremendously under the failed policy, I hadn’t thought of my experience as worthy of tenderness or empathy. But that moment of connection and validation drove me to revisit my journey.

I first came out in high school; it was 1991 and I was 15. I still remember my first crush, a beautiful girl with long, blond hair named Valerie who very politely let me know she was straight but appreciated the compliment.

Kayla and Brian on their wedding day in August, 2005. Photo courtesy of the author.

A year later, I had to switch high schools after my mom kicked me out. After three years at a small magnet school in Columbus, Ohio, I had to spend my senior year in a huge, rural high school in Kentucky. Though it was the height of grunge, my new classmates took one look at my combat boots, flannel shirts, and leather jacket and called me a dyke. I looked at their KC lights, tractor tires, gun racks, and cowboy boots and thought they were all rednecks.

Angel was the only bright spot in an otherwise terrible year. She seemed immune to our classmates’ taunts and gossip, ethereally beautiful while tough and stubborn. Her mom seemed to suspect, dragging us to church whenever I stayed over on a Saturday night. After I went away to college, our on-again, off-again relationship as lovers settled into a lifelong friendship that withstood my frequent moves.

Being a bisexual woman while I was going to college in the ’90s just wasn’t that big of a deal. Some boyfriends assumed it meant I’d be open to inviting a woman into our bed, or that I would inevitably cheat—or condescendingly told me they wouldn’t mind if I did cheat with a woman. Overall, though, it was simply another facet of my identity that mysteriously bothered some people but was generally a nonissue, like being a vegetarian.

I joined the Army in 2000 and was at the Defense Language Institute when multiple other Arabic language students were kicked out for being gay. Suddenly it was clear that this was another aspect of my civilian life that had to be stripped away, boxed up, and set aside as long as I was in uniform. Since I had primarily dated men anyway, it seemed like only a minor inconvenience.

And once I was at Fort Campbell, it seemed like maybe it didn’t really matter anyway. Our supply sergeant brought her “cousin” to parties, and we laughingly told her that if she was engaged in incest, that was pretty gross, so could she just drop the act? No one cared if she was gay. Of course we knew the rules, but our deployment to Iraq was looming, and no one in the unit was willing to lose a good soldier over a bad policy right before we went to war. 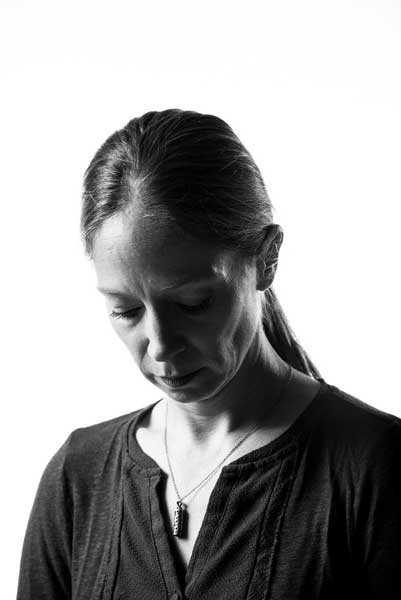 Portrait of Kayla Williams for the Veterans Portrait Project, 2018. Photo by Stacy Pearsall.

When I was working on my first book, the editor immediately zeroed in on a line I wrote that my teammate Lauren and I laughed about having kissed more girls than a guy on our team. She pushed me to dig deeper into what I meant by that, but I wasn’t ready to be more public about my history or orientation, paranoid that I could get recalled to active duty and punished. No readers seemed to pick up on it.

I married my husband shortly before Love My Rifle More Than You hit shelves in 2005. He knew my identity and accepted me for who I am—perhaps the first man I ever met who seemed wholly unthreatened by my full self. Being in a heteronormative marriage made it harder to own my bisexuality, though: Insisting that my bisexuality be recognized risked having my commitment to monogamy questioned, while also making it seem as if I were demanding membership in a community—the straight one—that didn’t always seem fully supportive of bisexual people anyway—a “double discrimination” that may be a contributing factor to our poor health outcomes.

So when I volunteered to get involved in the efforts to repeal DADT and some of the gay advocates encouraged me to present as straight, I didn’t argue the point. It made sense that there was a more pressing need for me as a woman married to a man to say, “No one in my unit cared if anyone was gay while we were in Iraq.” I could talk easily and with credibility about how the lack of sufficient Arabic linguists harmed our effectiveness downrange, and my own identity seemed irrelevant.

The longer I stayed (re)closeted—and married—the harder it seemed to revisit the decision to be silent. As new parts of my identity accreted on to my sense of self—mother, researcher, author, advocate–did this part of who I am even matter anymore? The fight for transgender equality was more urgent and necessary than fretting about my public persona. 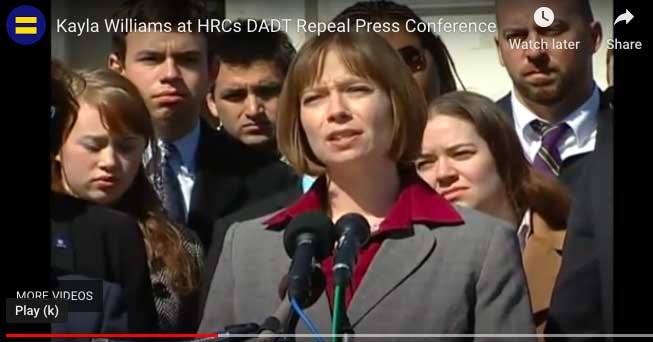 Slowly, though, it has come to feel more urgent to integrate and be transparent about my whole self. Marriage equality is once again at risk, and I needed my personal connections to understand that it isn’t an abstract question about other people, but a concrete one. The rising generation is more queer than any before, and my kids have open discussions with me about what families look like and who they might want to love. I realized after one conversation with my kids that it’s not enough for me to tell them I’ll support them no matter who they love while still hiding this part of who I am. They need to see I’m not ashamed of who I am, either.

Nearly 30 years after I came out the first time, I approached my husband and asked what he would think about me coming back out. Brian looked at me like I had two heads: It hadn’t even occurred to him that I would hesitate, and he had no idea why I was worried about how he would react. “This is who you are,” he said, as if it was the simplest thing in the world, “I knew when you got married. … Do what you want!” (I shouldn’t have been nervous or surprised. Once an interviewer asked my husband what it was like to have me share intimate details in my second book, and he said bluntly, “If you don’t want someone to write about you, don’t marry an author.”)

I wanted to stand in solidarity with my lesbian, gay, bisexual, and queer brothers and sisters, within the military and veterans space, but more broadly. And I wanted to be defiantly out, in this moment when conservatives are pushing back on our right to equality. I’ve been proud to be an ally, but I was ready to shed the toxic legacy of DADT and do so as my authentic and full self, which hasn’t changed after 15 years of being married to a man. My orientation isn’t a phase, and I’m not willing to leave a vital part of my identity hidden.

On National Coming Out Day I decided to take the leap, drawing courage from others while hoping to simultaneously lend strength to those not ready to be open. It was important for me to affirm that being in a heteronormative marriage doesn’t erase my experience, to push for increased bi visibility, and to show others like me that they’re not alone, either. Writing is where my voice feels clearest and strongest, so I put my truth in writing, sharing it with the world instead of just whispering it to friends. There’s no going back in the closet this time; I’m taking the door off the hinges.

“Everybody We Deal With Is Trained to Kill”—Why Don’t We See Widespread...
Scroll to top