On Jan’s first mission outside of the wire, we both had narrow misses. Our convoy had come to a halt, and we stepped out of our vehicles to walk through a village on foot, watching for improvised explosive devices along the road or military-aged males massing in the distance.

The villagers were noticeably absent. I saw white and green flags on the side of the road, waving in the wind.

“They are memorial flags,” Jan said. “ A family member must have died.”

An infantryman grabbed one of the flags. “Fucking Taliban,” he said, ripping the flag from the pole. Jan looked at me; he knew the infantryman had made a mistake.

“Sir, I see three males sprinting through the tree line,” a teammate said over the radio. “What should I do?”

“Do they have weapons?” I asked.

“Do they have anything that may look like a weapon?” I asked, cutting him off. 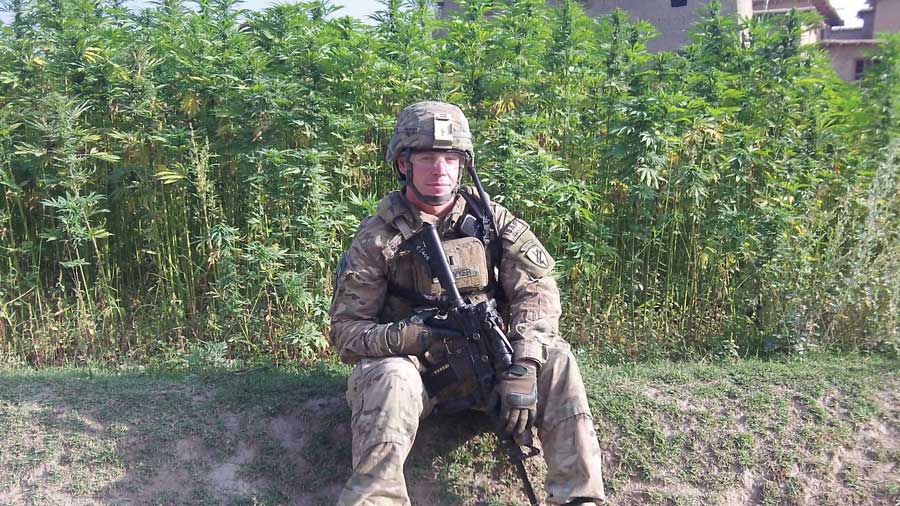 The author takes a break during a patrol in Eastern Afghanistan. Courtesy of the author.

I barely heard the rocket scream through the air before I heard the impact. It exploded a few feet behind me. Jan and I dropped, and then sprinted to the nearest building, a roadside shop with windows and doors boarded. Another rocket flew overhead and hit where we had been standing. My ears started to ring. I looked over my shoulder. The automatic grenade launcher mounted on the vehicle behind me was raking the hilltops outside the village, pounding my eardrums in the process. I looked over at Jan, who leaned casually against the shop, his arms folded in the tan leather jacket he always wore.

I saw his mouth move. “What?” I asked. I shook my head, not able to hear him. I waited for the vehicle behind me to stop firing. I took out my earplugs.

Jan was a master behind the microphone. By the time I met him in 2012, he had been a DJ for a few years as part of a U.S. psychological operations project, and he had a substantial local following.

“I am a bit famous here,” he would say when locals recognized his voice while we were out on patrols. His DJ station sat inside a small conex. In between introducing the next song or making announcements, he would slide over to his laptop to preselect his songs for the next few hours, and then move on to edit catchy transition bits. Jan’s English was not only good, but his mastery of the word “man”—used at just the right time— was indicative of an intimate knowledge of America’s brand of English, undoubtedly gleaned from the hundreds of American soldiers who had rotated in and out through the years.

When U.S. forces had expelled the Taliban from their province in Afghanistan, Jan’s family enthusiastically supported the U.S. mission—so much so that Jan learned English and applied to work for the United States.

One of Jan’s first memories is looking out his family’s window and seeing the evening sky lit up by luminous red streaks: tracer rounds that accompanied machine-gun fire. His father told him to get back from the window, and then he rushed his family to a far corner. Mujahideen forces had overrun a checkpoint on their way to capture Kabul.

Though many of the Mujahideen—who eventually merged into what we know as the Taliban—are fellow Pashtuns, Jan’s family rejected their extremism and violence. They believe the Taliban are destroying Pashtunwali—the moral code of the Pashtuns—and the kindness and protection it affords.

While escorting a high-level intelligence agent in the 1980s, RPK rounds struck the truck Jan’s father drove, instantly killing the official and partially disemboweling Jan’s father. When the firing stopped, the Mujahideen ambushers inspected the damage. One of the fighters noticed that Jan’s father was still alive and asked the others if he should shoot him.

“Don’t kill him,” Jan’s father heard another fighter say. “He will die. Let him suffer.” 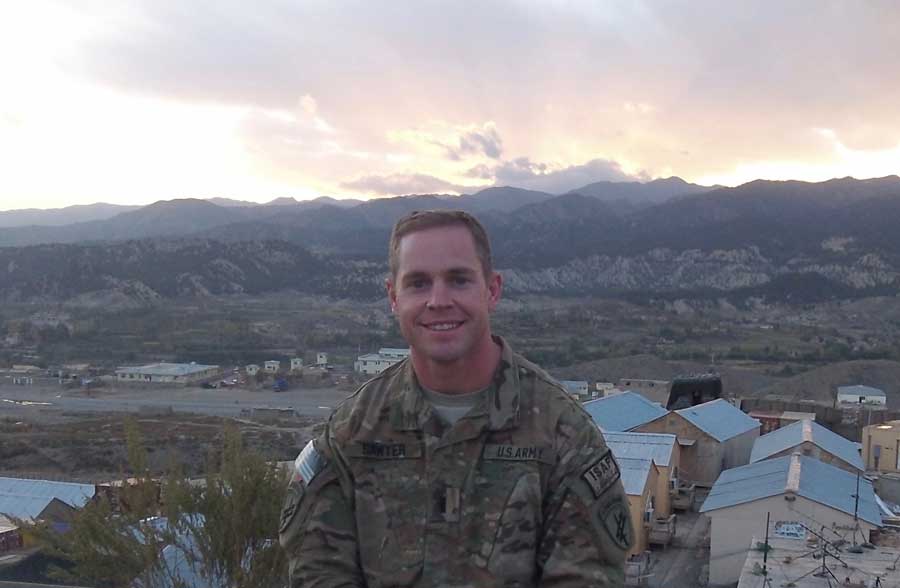 Dane Sawyer enjoys a sunset in Afghanistan. Courtesy of the author.

In the driver’s seat, Jan’s father pushed his bowels back into his stomach and secured them with a headscarf. He survived that attack, but a cousin who worked for the Army was killed and his body was dumped in a ditch.

Years later, in 2012, my team would leave Kunar—another province on the border of Pakistan—after a harsh fighting season. We were to embed with an infantry company on a combat outpost to help with a final push before an eventual withdrawal at the end of “the surge.”

I needed a cultural liaison for my civil affairs team as we headed into remote villages to improve our chances of living through the experience. We would be embedding with an infantry unit, and while embedded, I liked to organize impromptu sit-downs with village elders—the interactions almost always led to fewer ambushes.

Almost everyone pointed me to Jan.

I made sure there he would have a similar radio setup at our new base so he could continue to DJ when not needed between patrols.

“Patrols?” he said when I pitched the idea to him. “I am a DJ. I have never done patrols.” His reaction reminded me that about 90% of U.S. forces and contractors in Afghanistan worked in support roles—roles that precluded them from “leaving the wire” for missions and patrols.

“Yeah, sure,” Jan said, a phrase he would often repeat in the months ahead, especially when the mission demanded us to make some uncomfortable requests of him. “Why not?”

Life has changed in the eight years since he grinned at me after a rocket attack, but Jan still provides levity.

Recently, I hadn’t really slept in a few weeks—not more than two hours at a time, anyway—when I heard my phone buzz. It took everything in me to shift my newborn daughter to my left arm and check my phone. Jan’s timing couldn’t be better. I smiled when I saw the text from my perpetually optimistic friend congratulating me on my new daughter. Along with his greeting, Jan, a father of five, reminded me to enjoy every moment with my newborn because, “The baby is a blessing, and your tiredness is just a sign of this blessing, so enjoy it all.”

What a poetic way of telling me to embrace the suck, I thought.

I asked how things were going with his family, and Jan sent me a video of his youngest daughter —who was preparing to start school for the first time—opening her first school packet. In Pashto, she called for her older brother to help translate the writing on the cover of the folder. “Welcome to elementary school,” he said in English, casually switching between the two languages. Jan’s daughter slowly pulled each paper out of the blue folder and then screamed with joy when she found a coloring book at the back of the packet.

When I see Jan’s family, I can’t help but think that helping his family get visas to move to the United States—through the Special Immigrants Visas program— might be the best thing that came out of my participation in the war in Afghanistan.

Of course, we both lived through the day of the RPG blasts, but now Jan’s family is in just as much danger as they were in the days of retaliation at the hands of the Mujahadeen. 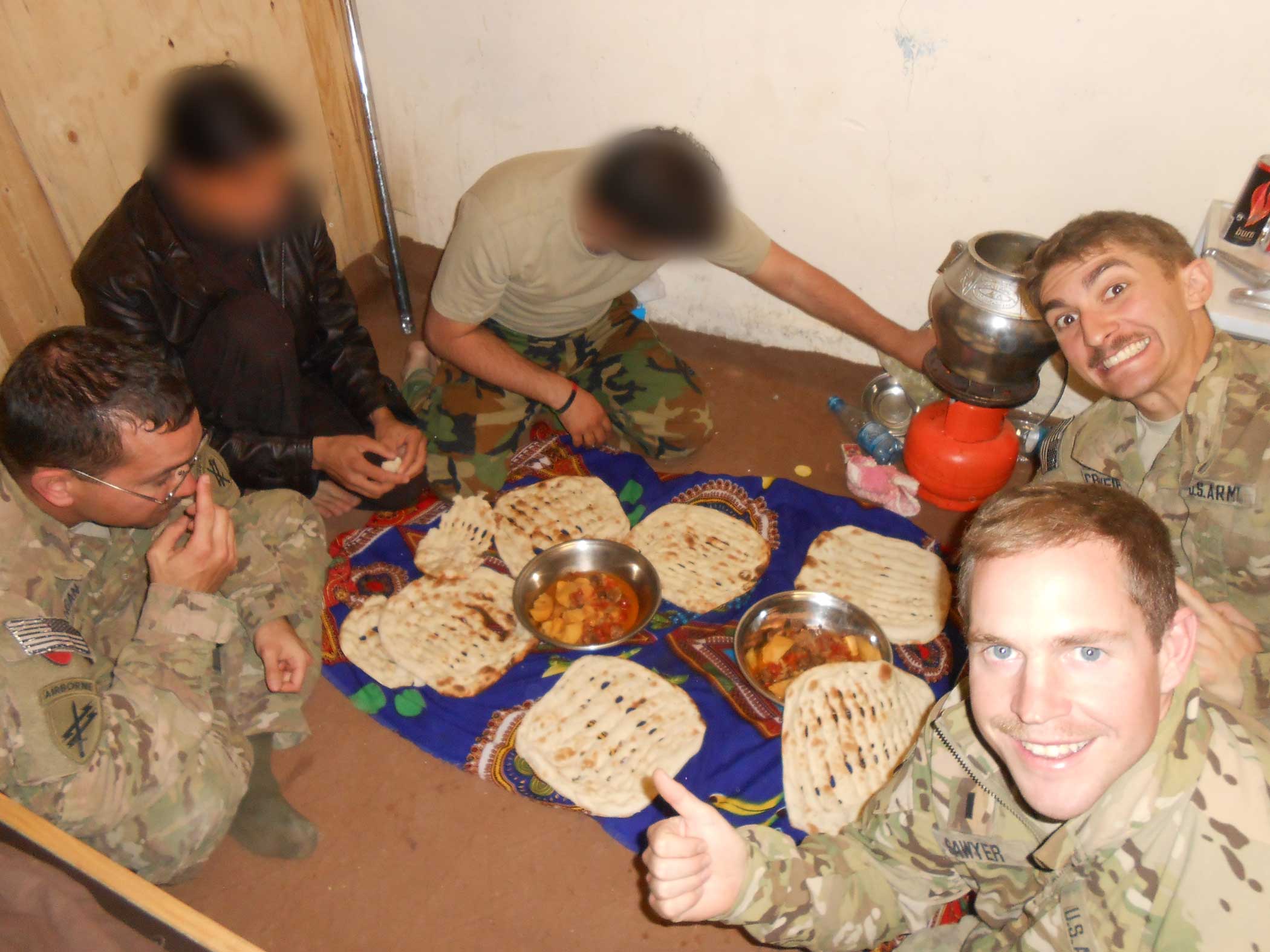 The author shares a meal with his civil affairs team and some Afghan friends. Courtesy of the author.

The ultimate outcome of U.S. involvement in Afghanistan hinges on the Afghan peace treaty being negotiated. On Sept. 22, during a Subcommittee on National Security hearing, Zalmay Khalilzad, U.S. special representative for Afghanistan reconciliation, answered questions regarding the progress of the peace negotiations. Khalilzad—who leads the peace process for the United States—tried to paint a picture of substantial progress, but subcommittee members noticed glaring gaps in the aims of the negotiated peace. Particularly absent in the scope of negotiations are any guarantees to protect women’s rights—a hallmark of U.S. policy in Afghanistan—or that the Taliban will cease launching attacks on the Afghan government. Also absent is any attempt to restrict the Taliban from using Pakistan as a base of operations, even to conduct attacks against the United States. Khalizad’s responses to these criticisms is almost invariably,“This is a conditions-based agreement,” meaning, if the Taliban doesn’t follow what was outlined in the February 2020 Doha agreement, the United States does not have to comply further with any Taliban demands.

But therein lies the problem: The Doha agreement fails to list any substantial demands of the Taliban and grants a long list of concessions, including the release of more than 5,000 Taliban prisoners and a total withdrawal from all U.S. bases in Afghanistan.

When I talked with Jan, he was quick to agree with the doubts I harbored for the peace process; the long list of concessions placed the Taliban in a great position to continue to attack the government. Despite being touted as “Afghan-led,” the peace treaty’s ceasefire does not require the Taliban to stop attacking the Afghan government. Taliban violence and targeted killings have ramped up during the peace process.

“The prisoners released are already going back to fight against the government,” Jan said. “They don’t know anything else.”

A recent story by a French news crew confirmed Jan’s suspicion: Taliban prisoners openly admitted they were eager to return to fight the government. These fighters justified their allegiance with the same narratives that 20 years of U.S. involvement have failed to quell: The corrupt Afghan government cannot replace the divine laws imposed by the Taliban.

A few months before Jan left Afghanistan, he took his father to a local doctor for treatment. When the doctor saw his father’s scarred body, he told him that he must be a strong man to live with such wounds. The doctor looked at his father’s finger, stained with purple dye from voting, and asked if he still had hope for Afghanistan.

“Yes,” his father answered, “and my scarred body represents just a small sacrifice for our country, a country we have built without the Taliban.”

“What else can my family do?” Jan said. “They will continue to resist the insurgency and extremism.” 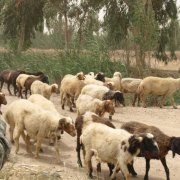 Information Is a Weapon, Same as a Gun. We Can Measure the Value of Both in Blood. 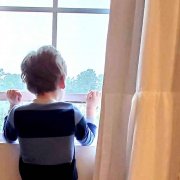 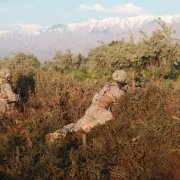 The Grieving for Afghanistan Must be Done as a Community

A Calling Through Art, Decades After Choosing Not to Serve
Scroll to top