On a balmy, breezy evening last September, my husband and I sipped chilled Aperol spritzes in the German town of Lindau, on the shores of Lake Constance. We gazed contentedly over the waters, past the massive, regal Bavarian lion sculpture that welcomes travelers into the harbor, to the rolling hills of Austria to the southeast and Switzerland to the west.

This moment of relaxation felt deserved after a long and bumpy permanent change of station (PCS) that took us from Washington to Stuttgart in the middle of a raging pandemic. Lindau was already on our list of German cities to explore when we arrived in early July. But we never considered that our first visit would be for a command-sponsored marriage retreat. 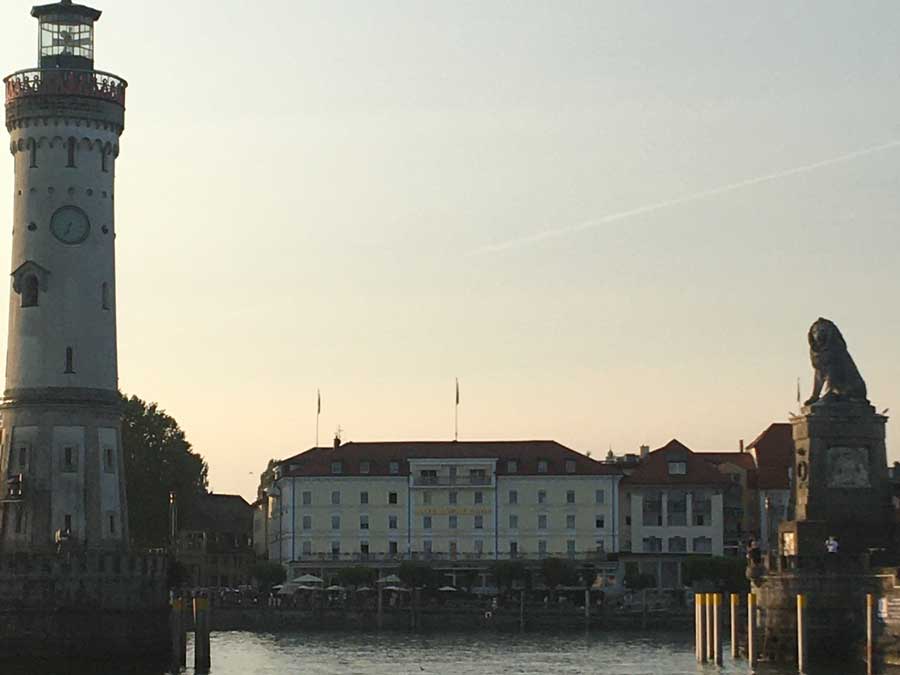 The sun sets over the Lindau harbor on Lake Constance in Germany. Photo courtesy of the author.

This latest PCS is the third I’ve experienced with my husband, an active-duty Air Force officer. It was by far the most complicated and stressful—our first move overseas, during Covid, with very different career paths ahead for us both as my partner branched out into a career-broadening operational assignment, and I left my full-time, salaried reporting gig to try my luck in the fearsome world of freelance. We don’t have kids, but we do have two cats, and the time I spent preparing them for our two flights, and stressing about their well-being en route, resulted in more than a few premature gray hairs.

Before the move, we spent four years in Washington—the center of all the action, a prime spot for both of us to hone our nascent journalism and acquisition officer careers. Our work lives were rich, bustling, and engaging, but our personal lives suffered, more than I realized at the time.

Four years in one assignment can feel interminable; we started getting antsy to move at around the 18-month mark. The D.C. networking scene became exhausting to uphold, while friends came and went. As we each gained experience in our jobs, we went through more and more late nights and long work trips, and had less time to bond and keep growing together.

Stuttgart was our number one pick for the next move: a cosmopolitan city with easy access to the continent by plane, train, and automobile. It was far from guaranteed, and when the assignment finally came through a little after the 2020 new year, we were ecstatic—and more than a little relieved. We were going to Europe! We would travel every weekend, explore new jobs, and take on a fresh lifestyle. Our mindset instantly changed to: As soon as we get to Germany, all the stress we’ve been feeling from these jobs, all the issues we have to deal with now, will melt away. We just have to get through these last few months. 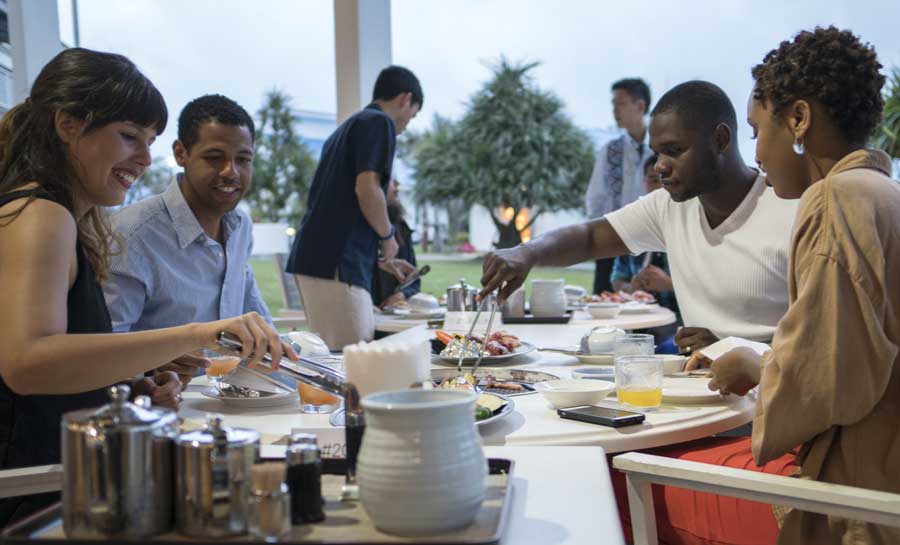 Then Covid-19 overtook the world in spring 2020, and since then, our lives have been full of changed plans, uncertainty, and disappointment. Maybe you relate.

Of all the new adventures I envisioned during our time in Europe, our first-ever marriage retreat didn’t make the list. And yet, those two days of introspection, focus on the healing power of hugs, and DIY towers made out of marshmallows and straws meant to encourage communication will help us power our marriage long after we end this assignment.

This experience started with an email from my husband’s new command encouraging couples under Special Operations Command-Africa (SOCAF) to spend a weekend in Lindau. Lodging, meals, and materials were all provided for a retreat in a picturesque lakeside village, with about 12 hours of workshops followed by time to explore the town at our leisure.

The prospect of getting touchy-feely with a crew of unfamiliar coworkers from the special-ops world didn’t thrill my partner, and despite the rough patch we had gone through together in D.C., we didn’t feel like a couple that really needed any sort of marriage counseling. But the offering was too appealing to pass up. Why not give it a go? Maybe we’ll even learn something.

As we walked into the elegant 19th-century Hotel Bayerischer Hof, steps away from the harbor’s edge, I wondered how many operators—a community known more for their acumen behind enemy lines than for their emotional vulnerability—would willingly open up about even the smallest of marriage struggles, knowing that the friendly folks beside them might include a future boss or deployment buddy.

In fact, we all arrived ready to take something constructive away from the weekend. While SOCAF was the common factor, we spanned a wide range of ages and experiences. Some, like ourselves, came in with a cautious curiosity: willing to engage, but not knowing exactly where to start. Others had clearly been on many retreats in the past and gamely ran through the exercises and discussions with confidence and experience. 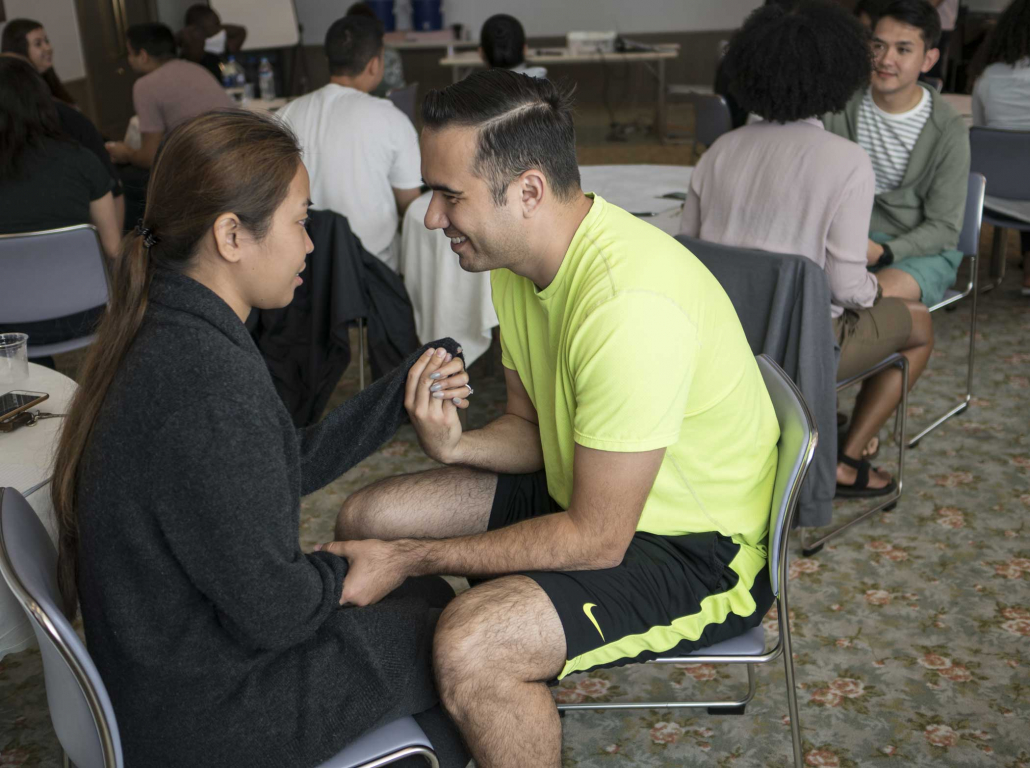 Our leader for the weekend, Army Chaplain Michael Smith, brought an unassuming air to the resiliency training and greeted new and returning couples like old friends. Aided and abetted by his own genial wife, Smith readily offered up multiple examples of where he fell short in his own marriage, and how the couple worked it out together.

We went over the five common love languages as conceptualized in Gary Chapman’s 1992 bestseller The 5 Love Languages, a common book used in marriage and relationship counseling. Chapman, a pastor and former marriage counselor, suggested that every individual prefers to receive love in one of five ways, or “languages”: words of affirmation, quality time, acts of service, physical touch, or receiving gifts. (Hint: You probably have a different one from your partner.)

I was pleasantly surprised by the time dedicated to topics like meal planning and deep breathing exercises. While the workshop skewed more toward ice-breaking activities and sanguine discussions about the ups and downs of partnership, there were a handful of more emotional moments, all handled by Smith and his aides with respect, kindness, and understanding.

Smith told us that he tries to shake up each retreat with new tools and recommendations. This weekend, an officer working as a physical trainer at SOCAF gifted each pair with a foam roller set, then demonstrated stretches for relaxing and resetting after a stressful day. These stretches can’t completely replace the comfort that comes with talking through a work problem together. But it does help us feel like we’re doing something about it. On many evenings, my husband will come through the door, brow furrowed, able to share only that a work project isn’t moving fast enough or got complicated somehow. There’s always more to the story, but I may never know what it is.

By now, it’s obvious that the stress and tension we experienced in D.C. did not magically evaporate as soon as our plane entered European airspace. Old work challenges just evolve into new ones. Adjusting to a new home is tough enough, but we’re both spending much more time in it, together, than we ever have before. That has forced us to face long-simmering concerns or gripes and really come to terms with them as a couple. 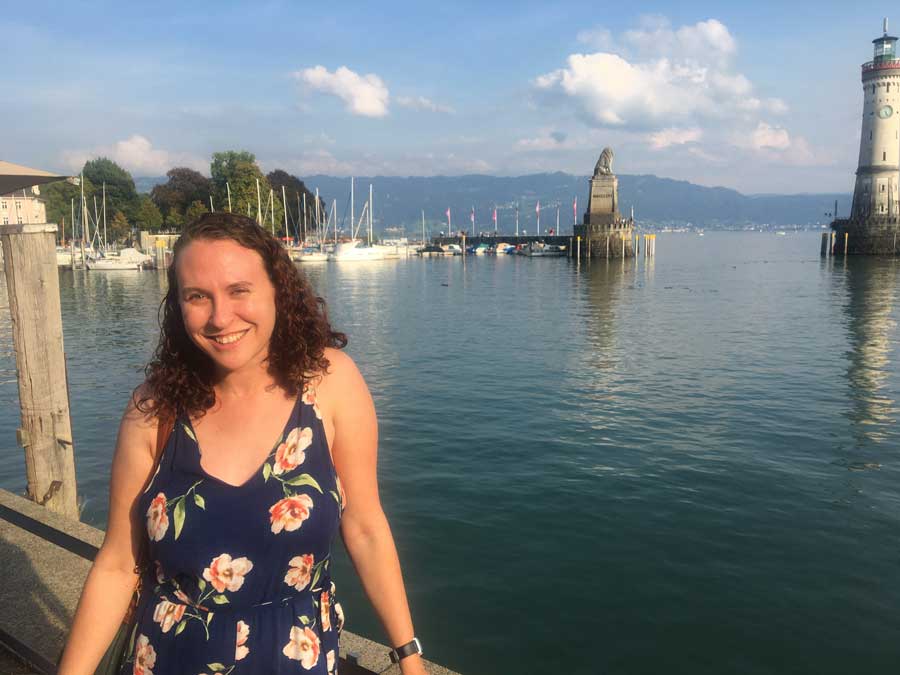 Vivienne Machi visits Lindau, Germany, as part of a military-sponsored marriage retreat in the fall of 2020. Photo courtesy of the author.

And, the stresses that we feel now will not magically dissipate once Covid is under control. But in the months since the retreat, we’ve employed the tips and tricks that we learned in Lindau to help our marriage run more smoothly—more synchronized.

The Defense Department has more actively promoted mental health education and resource awareness over the past decade as the services deal with traumas, including an increased rate in suicides among active-duty service members and widespread sexual assault charges. But despite the boost in outreach, reports show that the negative connotation associated with mental health and other counseling services continues to deter many in uniform.

We military families are used to having amenities provided and decided for us: where we move next, what kind of house we’ll live in, which doctors we’ll see. But warfighters may not feel comfortable sharing their vulnerabilities with the same people who sign off on their performance reports or who may someday ride shotgun with them on a patrol through Niger.

The overnight stays, along with other marriage resiliency resources offered by the DOD, are “one of the strongest tools a commander can use to strengthen his team’s relationships,” Smith, the chaplain, told me after the retreat. While it may be tradition for military members to leave their personal lives at home, using resources tailor-made for our unique existence can provide real benefits.

Smith likens these getaways to routine car maintenance. You may think your marriage is as fine-tuned as a Ferrari, but even Italian sports cars need to get their oil changed, the brake pads adjusted, and their interiors detailed every now and then. And you definitely don’t want to wait until a smoking, sputtering engine strands you on the side of the Autobahn to finally call for help.

It’s been five months since the German government began imposing new lockdown measures last November to try to curb a steep rise in Covid-19 cases. It seems as if all of Stuttgart has been blanketed in stifled feelings of frustration and loneliness. Since February, the sun has slowly started to peek out, and its warm rays offer a glimmer of hope that we will be able to enjoy biergartens with friends and make travel plans again. Soon, our collective malaise may be lifted, but not just yet.

While we may not be able to control when we receive the vaccine, or when local governments will ease restrictions, we can help ourselves to better face this new reality, and beyond. I didn’t think a weekend on Lake Constance learning about love languages could help my marriage thrive through a pandemic. But those tools—resources we in the military community have at our fingertips, when so many desperately need them and can’t afford them—can help us all make it through this tough time, and the next, and the next. They’re just a click, an email, a call away. 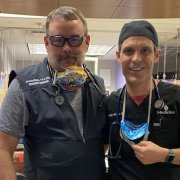 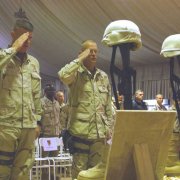 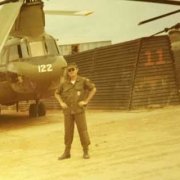 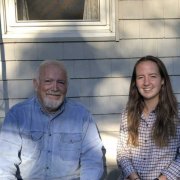 I Asked Him About the Best Part of His Service–“Everybody Looked Out for Each Other.”
The Future of The War Horse and How to Support Our Ambitious Growth Strateg...

Becoming a Veteran After Choosing to Forget My Military Service at Fort&nbs...
Scroll to top