In the first strange days of the pandemic, with my refrigerator fully stocked and an impressive selection of canned beans lining my cabinet, I got a text from my friend Charlie.

Charlie had lived in the stateroom next to mine when we were junior officers. We were stationed on an icebreaker that snaked back and forth across the Arctic to various coordinates, where we served as a platform for polar research. Groups of scientists would join us for several weeks at a time, flying in and out during the port calls in tiny Alaskan fishing towns that, on rare occasions, punctuated our deployments. 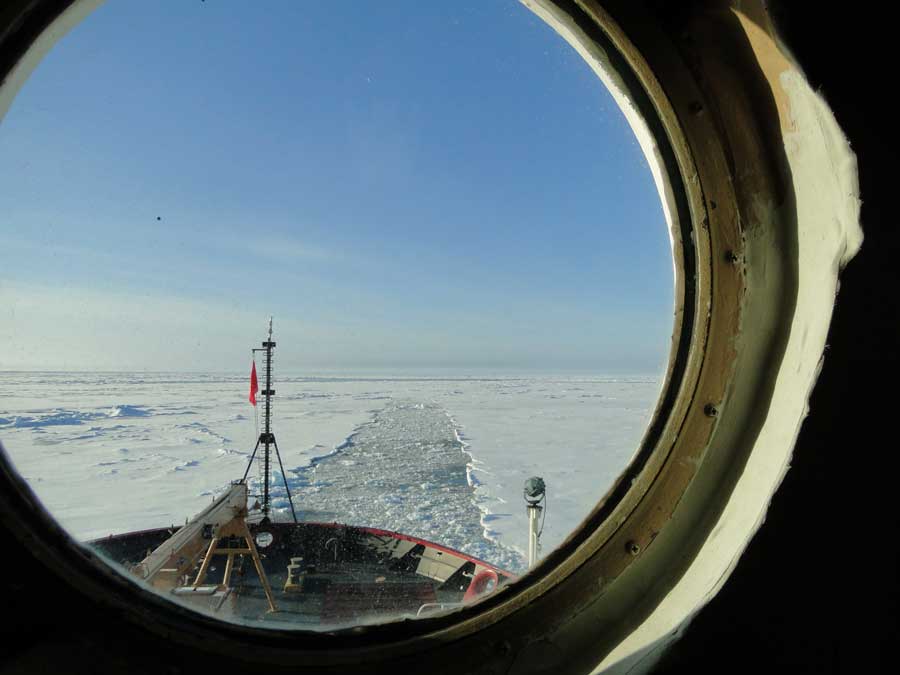 For all those months, that ship—and in particular, that stateroom—defined my entire existence. Our civilian guests would come and go, but we stayed on onboard, hunkering down in our tiny floating world somewhere near the top of the planet. The lives we had led back home receded into the backs of our memories as our daily routines shrank down to whatever small movement shipboard life would allow.

READ MORE
The Suicide Bombing of December 21 and What Came After
Charlie’s text took me by surprise. I hadn’t named the feeling as I stockpiled toilet paper and hand sanitizer, preparing for California’s impending shelter-in-place order, but of course things felt familiar.

When I was 18, I walked through the wrought-iron gates of the Coast Guard Academy and my world contracted. Everything except what the service deemed essential was abruptly cut off. It was so hard and fast and dizzying that it felt like a universe, ever outward expanding, had suddenly folded in on itself. 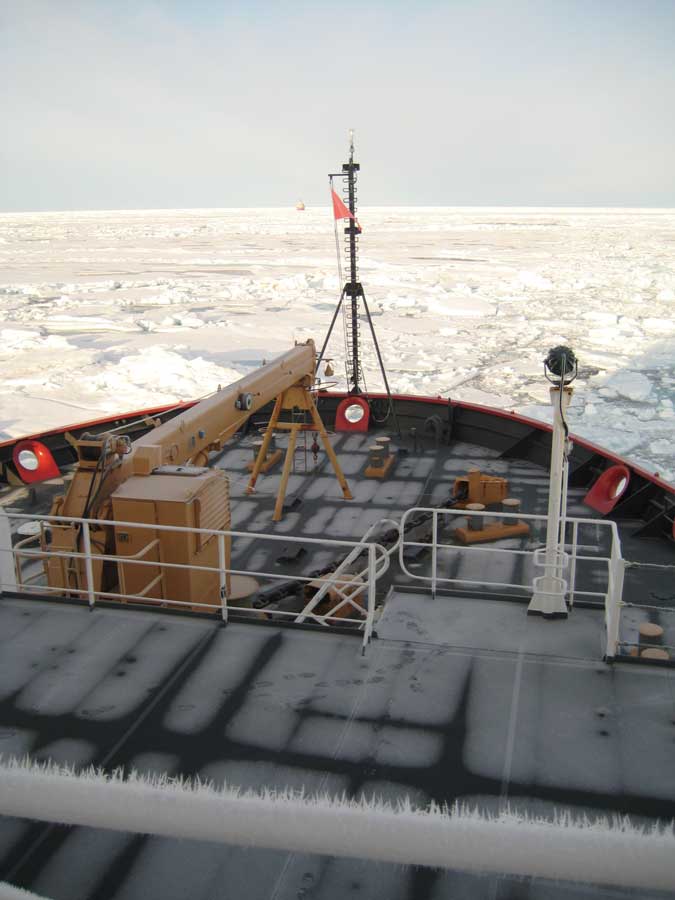 For the first eight weeks or so, the only people I saw were the other sweaty 18-year-olds in my company and the upper-class cadre, shouting in our faces, who defined the parameters of our new reality. After taps and lights out, I’d sometimes stand at my window and strain to see the headlights passing off-base of people lucky enough to remain in the world.

After that boot-camp summer, life opened back out to include sports and classes and some socializing. But we were still rarely allowed to leave campus our first year. Confined to our barracks room on Friday nights, my roommates and I would order Chinese delivery and secretly listen to music out loud—playing it without headphones was verboten. We’d pass the time making our own entertainment, staging elaborate photo shoots or filming each other in costumes put together from uniform pieces. One video shows my roommate Laura, crouched down and talking in an exaggerated Australian accent like Steve Irwin. Behind her, I’m rolling around facedown on the floor, my arms up by my head, holding a pair of dress shoes in each hand, pretending to be a giant lobster. To put it mildly, it wasn’t how I’d expected to be spending my freshman year at military school. 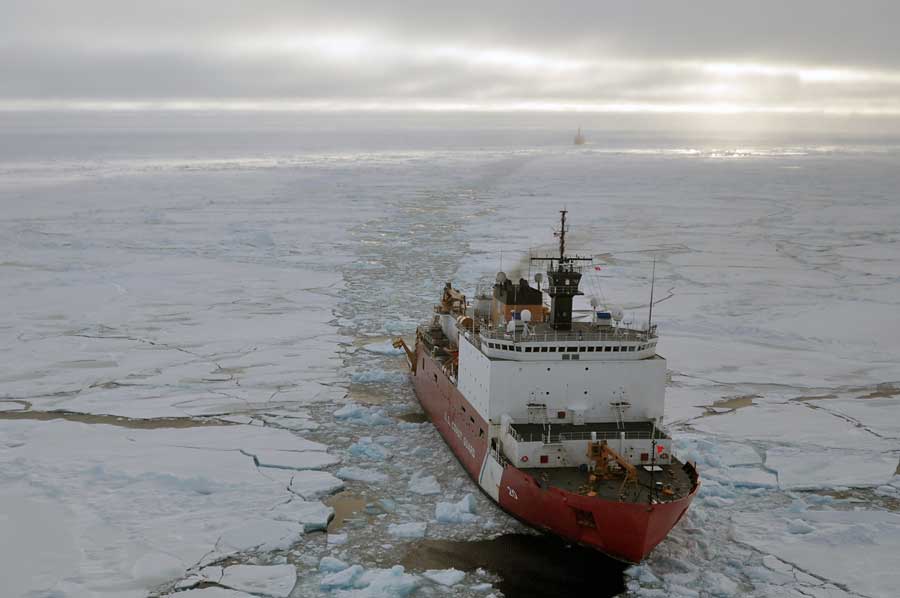 As the semesters at the academy ticked by, more things came back into my life, and my world started to expand again. A privilege as small as talking out loud in the hallway outside my room was replaced by civilian clothing, and then weekends away from base. By the time I was a senior, wrangling underclassmen, juggling academics and a social life, and wondering where I’d be stationed in the fleet, I caught myself on rare occasions feeling wistful for my freshman year, where everything that mattered had been contained within a room.

When we are very small, our world is by necessity also small, confined mostly to a nursery or a house. But as we get older, our world expands. We explore. We travel. This is the trajectory our lives tend to follow: expanding outward from a fixed point in time and geography until finally we reach some comfortable stasis. It is typically only in our later years that things contract, pressing out the excess, distilling our world back down: a house, a room, and finally, perhaps, only a bed.

But occasionally, this trajectory is interrupted, and our world is unexpectedly prematurely compressed—an accident or an illness, a family crisis. Then, of course, a handful of institutions have missions predicated on shrinking down their participants’ worlds. The military is one of them. 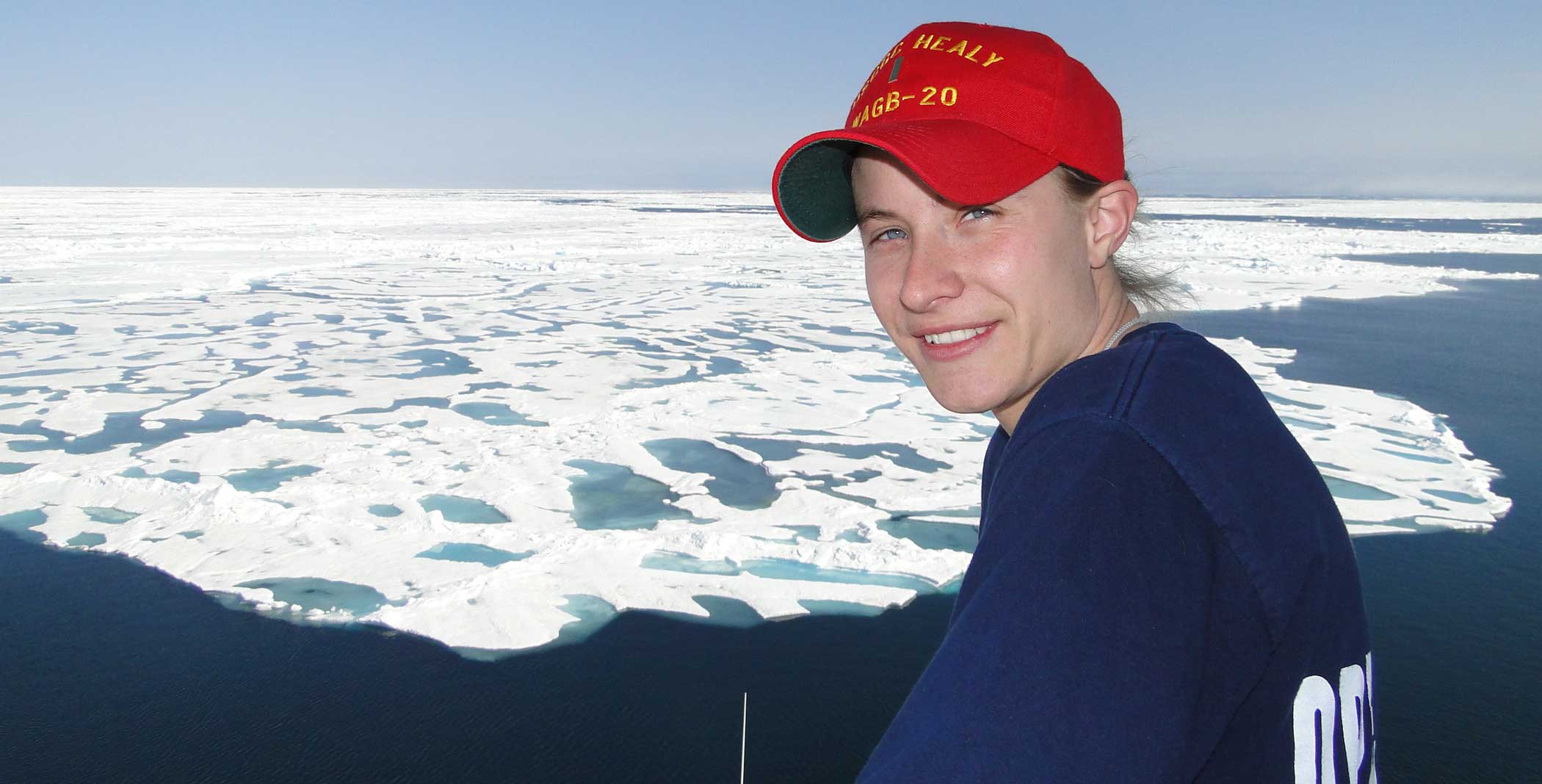 After I graduated from the academy, I expected to find the freedom I had known in high school—even more, I hoped, now that I was an adult. And of course, in many ways I did. But it wasn’t long after getting my orders and moving across the country that I abruptly found my world shrank back down. This time it was to a room on that ship, surrounded by hundreds and hundreds of miles of ice and empty water.

At 420 feet, the cutter was the Coast Guard’s largest. In the early summer, we’d leave our homeport of Seattle and travel between the edges of Russia and Alaska, up into the northernmost reaches of the Arctic Ocean. Onboard, we marked the time in strange ways. So far north, the ship crossed back and forth between time zones regularly, and we abandoned adjusting the clock. Sometimes the sun rose in the middle of the afternoon. Sometimes it didn’t rise at all. There was a chili-cooking contest and then a mustache-growing contest. There were movies in the helicopter hangar on Saturday nights. Every time it snowed, my roommate played Christmas music. Otherwise, my schedule fell into a predictable rhythm. I’d stand watch, work, eat, work out, sleep, stand watch. Each time I looked outside, I saw water and ice, stretching forever in every direction.

Time, too, seemed to stretch out in every direction. Daylight and nighttime no longer corresponded to the clock. We were too far from land for cell service, and internet for the crew would disappear for weeks at a time. It felt like forever since I’d left home, and forever until I’d return.

I remember one afternoon sometime in the middle of the patrol. We were in Charlie’s room and something outside made the water reflect through the porthole so that the light danced on the wall in a particularly mesmerizing way. It’s the sort of small miracle that happens all the time, but, caught up in our lives, we fail to notice, much less care. Now, though, suspended in this space outside time or geography, there was nothing to distract us. 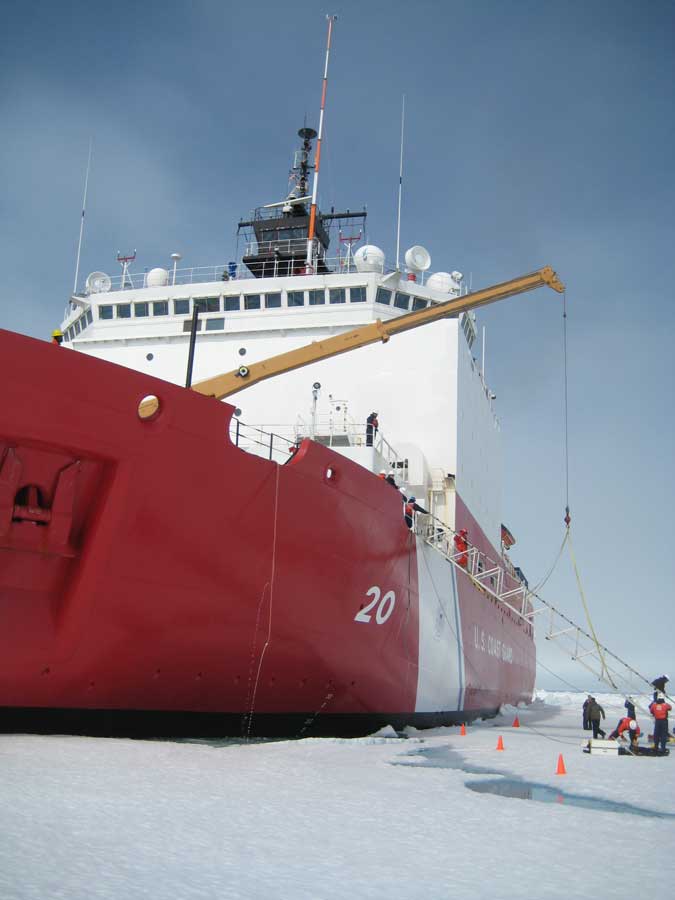 We sat on the floor of his stateroom and watched the light. At some point, Charlie’s roommate came in and asked us what we were doing. When we nodded at the light on the wall, he seemed to immediately understand. He was carrying something—a ball, maybe?—and he sat on the couch and tossed the ball up and down, and we all watched the light move.

It reminded me, for a moment, of my freshman year, when there wasn’t anything more pressing than eating Chinese food and making lobster videos. Confined to a space, disconnected from the daily churn of the world, there was nothing to do except be there. That room, that afternoon—that was our world, and because it was, we had all the time in the world to stare at a light flickering on a wall.

When Charlie texted early on in the pandemic, I didn’t know it would drag on longer than any of our patrols together. As spring became summer, I stopped wondering if things would get back to normal soon. I dropped into a routine. In the mornings, I go from my bed to my kitchen to the makeshift desk I’ve set up next to my bookshelf. In the evenings, I go from my desk to my kitchen to my bed.

I read. I watch movies. I work out. 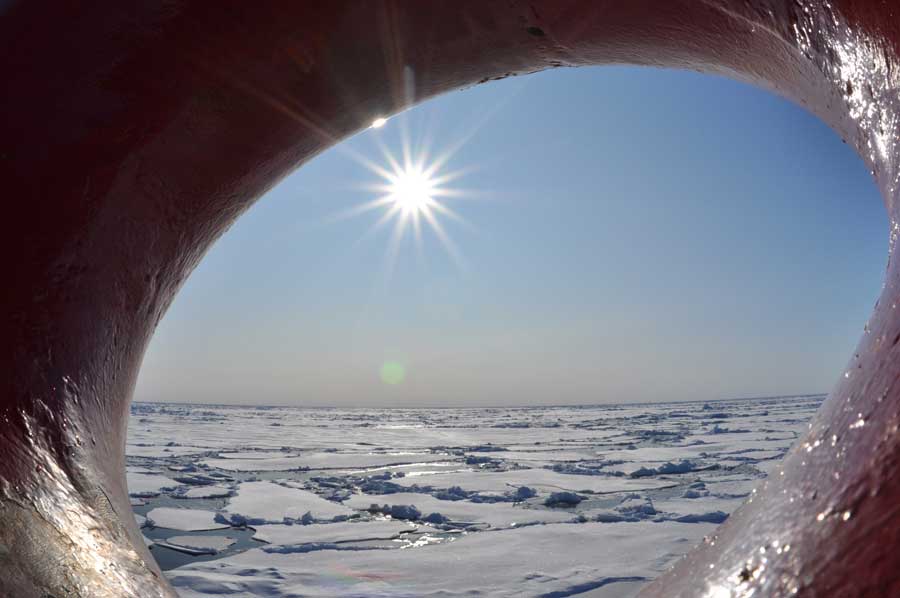 Hundreds and hundreds of miles of sea surround Coast Guard Cutter Healy as it breaks through ice in the Arctic in 2009. Photo by Petty Officer Patrick Kelley, courtesy of U.S. Coast Guard.

Life didn’t actually stop, of course. My job has continued. The country elected a new president. Thousands of miles away, Charlie and his wife had a baby. But things are still suspended, a temporary state of being in a permanent sort of way. My world, long since liberated from the confines of the Coast Guard, is suddenly and entirely unexpectedly compressed again.

Not long ago, California issued a new stay-at-home order. I hadn’t been going out that much anyway, but it means the few small luxuries that had reentered my life—sitting in a beer garden on a sunny afternoon, quickly popping out to the store for something I need to make dinner—are gone again. The winter, with its terrifying statistics, stretches out in front of me.

From my apartment in California, I can just make out the Pacific Ocean. When I was onboard the ship, I wanted so desperately to come back to the world. Now I sit at my window and look at the water. I imagine I’m at sea. There are days when things feel sort of normal, when you can picture life on the other side of all this. But some days all you can do is stare off into space and watch the trees sway in the wind outside the window, listen to the far-off whistle of a mostly empty train. Some days all you can do is lie on the floor and pretend you’re a lobster.