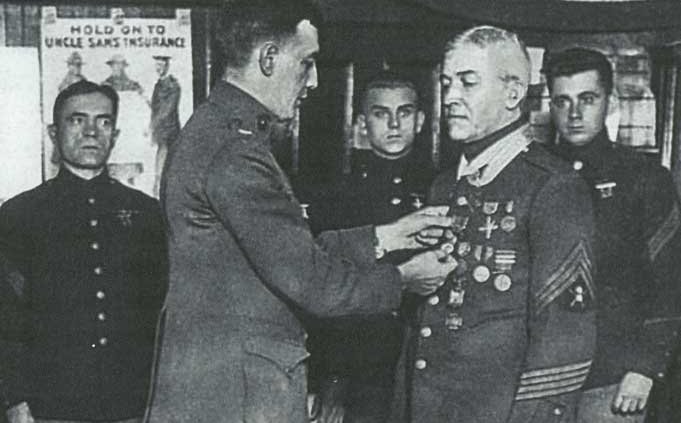 As a journalist, I met, interviewed, and wrote about an array of fascinating, sometimes scurrilous, and occasionally inspiring people. One of my favorite days in that quarter-century of reporting involved one of the least newsworthy events I ever covered: In 1984, the California Legislature sought to honor home-state heroes who had received this nation’s highest military decoration for valor, the Medal of Honor. The lawmakers presented these heroes with a California license plate with the medal’s image embossed in the plate at a ceremony at the Capitol. 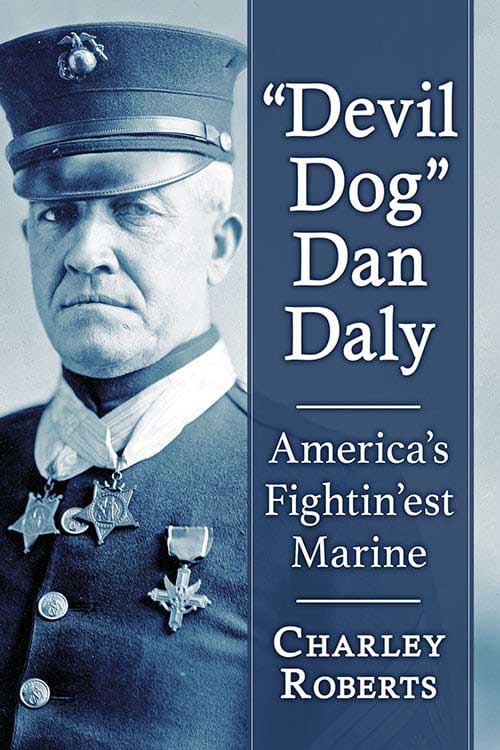 About 50 honorees attended the event in Sacramento. Among them were several whose exploits were widely known. They included Jimmy Doolittle, leader of the Thirty Seconds Over Tokyo bombing raid that gave Americans hope in the dark days after Pearl Harbor, and Gregory “Pappy” Boyington, the Marine Corps flying ace who was almost as famous for his “black sheep” behavior as for his aerial victories. There were many more, however, well known only to their families and friends.

Standing next to some of these lesser-known heroes, I was struck by how average they seemed in appearance, manner, and speech. I had learned a good deal about human nature during my Army days, but getting to meet these particular men offered me fresh insight. They were not supermen but ordinary people who, in a critical moment, had performed extraordinary feats.

As a student of military history, I was excited to meet them. I quickly discovered that many of these men were just as excited as I was to be in the presence of their better-known brethren. One of the Medal of Honor recipients zoomed around like a child let loose in a toy store, snapping photos of his fellow honorees. His name was Edward S. Michael. I knew his story. As a badly wounded World War II bomber pilot, he had nursed his shattered plane back to England to save his crew who were too shot up to bail out. Four decades later, he became giddy with excitement when he aimed his camera at his wartime boss, Doolittle, and other recipients.

Dan Daly poses while on duty sometime between 1909 and 1915. During this period, he saw action in Vera Cruz and Haiti. Photo courtesy of the Marine Corps History Division Archive.

In talking to a number of the other heroes, I found they, like Ed Michael, had heroes too. One group of honorees, all Marines, told me their heroes were Lewis B. (Chesty) Puller and Daniel J. Daly. Puller never received the Medal of Honor, but he did earn the Navy Cross a record five times. He’s been called “the Marines’ Marine.” Daly is lesser-known to the general public today, but he is just as revered as Puller by Marines.

More than 40 million Americans have served in the U.S. military during wartime, but just more than 3,500 have received the Medal of Honor. Of these, only three men have received the medal twice for separate wartime actions since the Civil War, and only Daly was recommended for a third.

Ironically, Marine Corps Sgt. Maj. Daly is better known for an action for which he did not receive the medal than for the two for which he did. He received the first medal for single-handedly holding off enemy attacks one night during the 55-day siege of the foreign legations in Peking during China’s Boxer Rebellion of 1900. He received the second medal for his daring one-man actions during an ambush of his 40-man patrol in Haiti in 1915. Daly was nominated for a third Medal of Honor for his actions in World War I, which included leading a charge against a German stronghold. The charge is now famous as much for what Daly said that day as for the courage he and his fellow Marines showed in making that assault across open ground in the face of intense enemy fire.

READ MORE
After Becoming Homeless, Finding My Home and Purpose in the Marine Corps

Daly was wounded three times and received both the Army Distinguished Service Cross and the Navy Cross for his heroism in the Great War. Some say he was denied a third Medal of Honor because some officials thought it unseemly for anyone to receive three awards of the nation’s highest medal for valor. Others argue that some officials were embarrassed by the profane language in Daly’s battle cry and couldn’t imagine repeating it in a citation for the medal. It is also possible that interservice rivalry between the Army and Marine Corps led Gen. John J. Pershing’s headquarters to deny Daly a third medal. 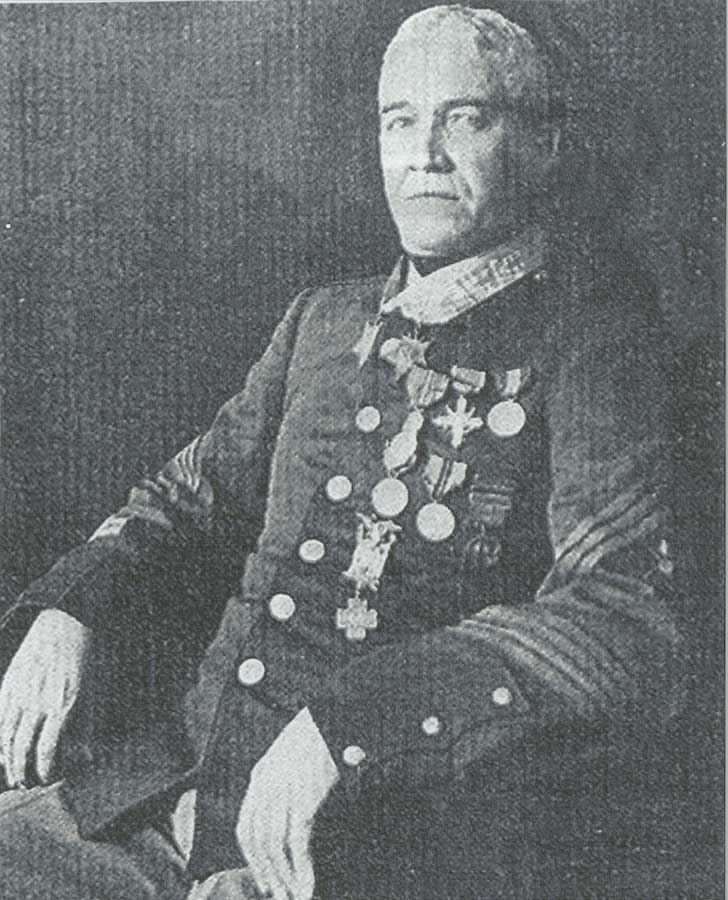 Daly wears his many medals after he received the Medaille Militaire in 1919. He was awarded the Navy Cross in 1920. Photo courtesy of the author.

Regardless of whether it was bureaucracy, profanity, or jealousy that cost him this unique honor, Daly’s words are now part of Marine Corps lore: “Come on, you sons of bitches, do you want to live forever?” They are proudly etched in big, bold letters into a wall of the National Museum of the Marine Corps for everyone to see. His two Medals of Honor are displayed there as well.

Daly’s deeds made headlines at the time, but today he is largely forgotten by Americans outside the Marine Corps. As a journalist and military historian, I felt he deserved better. So I set out to tell his inspiring story in all its dramatic detail, renew public appreciation of this hero, and try to discover the facts behind his famous battle cry and why he never received that third Medal of Honor.

Unfortunately, Daly didn’t keep a journal, and any letters he wrote to family or friends, if they still exist, are nowhere to be found. As for interviews by reporters or historians during his lifetime, Daly did his best to avoid any meaningful comment. A 1919 Recruiter’s Bulletin noted that “trying to get biographical data from Daly about Daly is like quizzing the Sphinx. Both are non-committal.” In his obituary, The New York Times said he “baffled the efforts of many skilled interviewers to obtain the story of his heroism.”

The lack of Daly’s version of events has led to a host of stories about this publicity-shy Irish-American Marine. These stories either portray him as the most profane and combative noncommissioned officer ever to wear the uniform or as a man who hardly ever cursed or brawled; as someone who could be drunk and disorderly or as a man who avoided strong drink and displays of his pugilistic skills; as a strict, unsmiling disciplinarian or as a leader whose concern for his men was paramount.

Daly was many of these things during his life, but the legend has partially obscured the facts. Indeed, the truth became so overgrown with tall tales that even during his lifetime he took on a mythical quality. The following story illustrates that point: During World War I, a young Marine replacement, upon being told that Daly was his first sergeant, exclaimed, “My God! Do you mean he’s real? I thought he was somebody the Marines made up, like Paul Bunyan.” 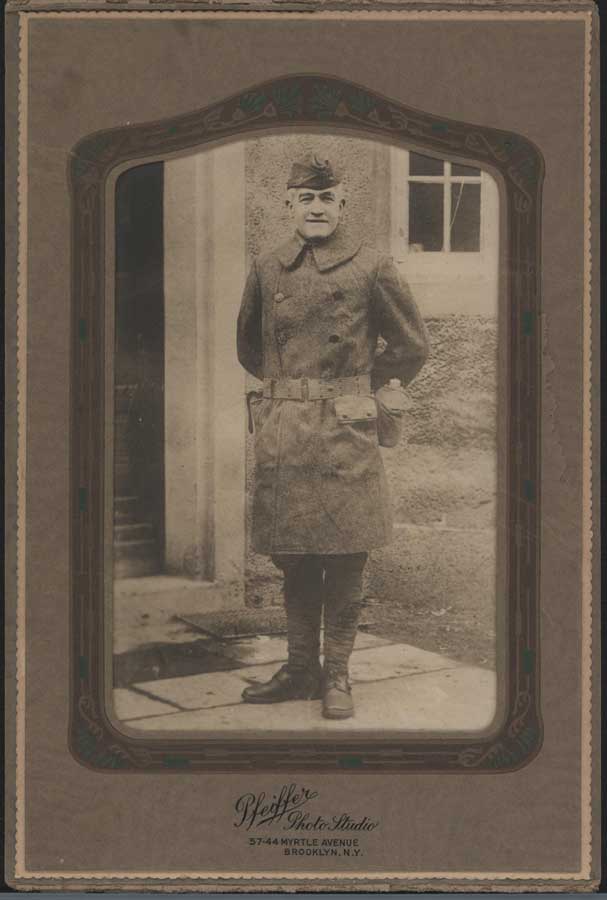 Dan Daly as a first sergeant, probably in France, in 1918 during the time he fought in World War I. Photo courtesy of the Marine Corps History Division Archive.

As I searched for the facts behind the legend, it became clear that the values personified by Daly are as relevant in today’s divisive times as they were a century ago.

Daly arrived at these values in spite of a hardscrabble youth difficult to imagine today. He grew up in the squalid, crime-infested tenements of New York City, endured a hand-to-mouth existence as a newsboy, and then labored in a factory so noisy and foul-smelling that it made his ears ring and his eyes water.

As an adult, he fought for this country, not out of hatred for those who wished her ill but out of an ethos of service, an abiding desire to be part of something larger than himself, and a firm dedication to the principles of decency, humanity, and integrity.

Those who knew him well were universally impressed by his modesty and propriety, his respect for others, and his honest and forthright manner. 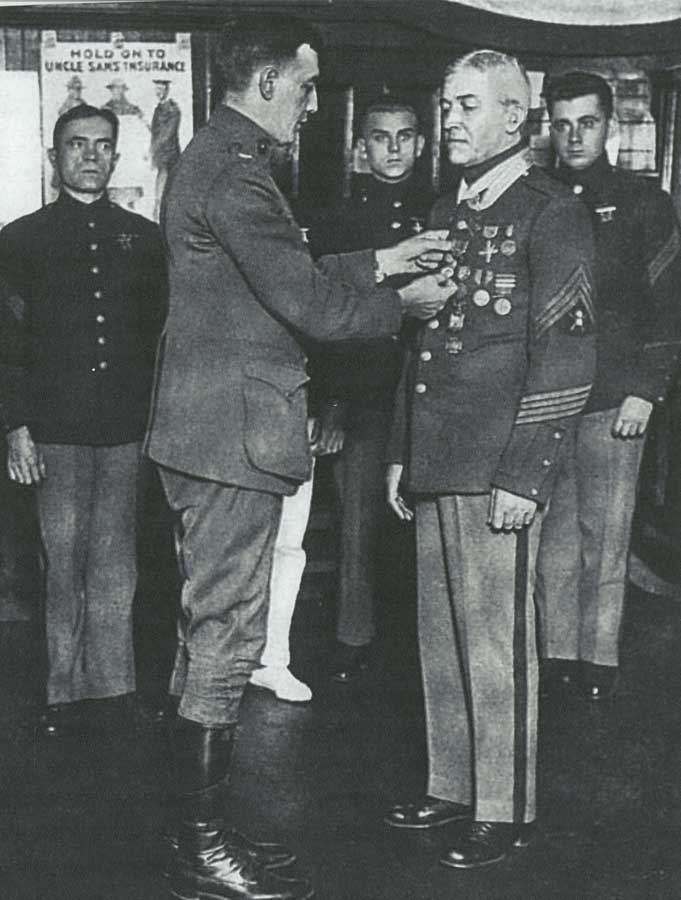 Daly, right, receives the Medaille Militaire in August 1919 at the Marine Corps recruiting office in New York City. Photo courtesy of the author.

Lt. Gen. John Lejeune, who led the Marines in France in World War I and later as commandant of the Marine Corps, called Daly “the outstanding Marine of all time.”

Lt. Col. Frank E. Evans, adjutant of the 6th Regiment in France, said of Daly: “Daly’s influence on new officers and men was remarkable. He enjoyed the respect, confidence, and admiration of every man in the regiment. For loyalty, spirit, and absolute disregard of fear, he was almost unique in the entire brigade, and his devotion to his officers and to the men of his company was demonstrated time after time.”

“He was quiet, unassuming, with never a thought of publicity or fame,” recalled Gen. Allen H. Turnage, a lieutenant with Daly in Haiti who commanded the 3rd Marine Division in World War II. “I can see him now upon receipt of each of his many medals stowing them away and saying to himself, ‘Just another job.’ Of all the Marine NCOs whom I knew well during 35 years of active service, Dan Daly was the most outstanding.”

I was drawn to write about Daly that day long ago when I learned my heroes also had heroes. I believe the point of having heroes is not to put them on a pedestal but to learn from their example. Dan Daly is someone we could all emulate to make America the best it can be.

“I Thought You’d Be Bigger”—a Soldier and Irish Mist Adrift in the Fog of War
Falling out of love with war: It could never live up to my expectations.

A Marine’s Dilemma: Who Bears Responsibility for War?
Scroll to top