After Javier’s funeral at Arlington Cemetery, the Marines who were still in Afghanistan tried their best to stay positive for the rest of their deployment.

“Once he was on the bird, we all went back to the patrol base and were all in shock that it had just happened,” said Brent Naveiro, then a lance corporal from Warnersville, Pa. “Nobody said much of anything. It all sunk in at that point. Some of us were tearing up, and even though we had seen Afghans get hurt, seeing one of our own get taken away — it was surreal.”

Naveiro had met Veronica and her children casually before their deployment. Having Veronica as a friend wasn’t necessary to his relationship with Javier because Javier was his platoon sergeant and by nature of that relationship, they couldn’t be friends. Still, Naveiro doesn’t remember Javier for his stern leadership, but rather, his fear of mice.

Critters were a constant in Afghanistan, he said, but the Marines always had a good laugh when a mouse got into Javier’s living quarters.

“He was such a tough guy, but he was always so scared of a little mouse,” Naveiro said. “He’d come over and grab one of us to get it because he would jump off the side of his bed and run away if he saw one. I still don’t know why he hated them so much. All I remember is that his reaction was priceless every time.”

When Naveiro went to bed on November 16, 2010, he knew nobody would wake him because of a mouse. Within the first few hours, Naveiro already missed Javier.

Instead, Naveiro woke up to his company commander, Captain O’Brien. He had come to Patrol Base Griffin to speak with the Marines. He kept it simple, he said. Put it all aside because Javier wouldn’t want them to give in because he died. There was no time to mourn. They had a job to do..

In the two months before Javier’s death, Staff Sgt. Alex Reyes had visited him often at Patrol Base Griffin. The two had known each other for more than three years. Prior to their deployment, they worked together as instructors at an entry-level combat skills school in North Carolina. The two New Yorkers – Javier from Rochester and Reyes from Bronx – bonded as they competed for a meritorious promotion.

Reyes soon realized that Javier made sure his family was the focus of everything he did. “There was no doubt that he loved Veronica,” he said. “They were young, but they wanted to live life — together. He was simple with his words to describe her, but his love for her was anything but simple.”

Along with the 60-hour workweeks spent teaching, Javier went to school and ran his up-and-coming landscaping business. He often took his oldest son, Andrew, to mow lawns with him.

So when Captain O’Brien told Reyes that Javier was killed, Reyes requested to leave immediately for Patrol Base Griffin. Their mine-resistant vehicles churned up the dirt roads toward Patrol Base Griffin, and when they parked their military vehicles and stepped out, Reyes saw the outpost in a different light. He described the men he had always joked with as now having a somber demeanor. He knew they were defeated.

“I helped the other three Marines carry his body to the helicopter and knew I had to see what his injuries were and what had happened. I had seen him that morning. We drank coffee, and he was in good spirits. When I pulled back the sheet, I kissed him on the head and stepped back to watch him fly away.”

Reyes left Patrol Base Griffin shortly after Javier. His platoon drove trucks back to their patrol base, Habib. That was where Reyes discussed with his leaders a promise he had made with Javier. Before their deployment, they promised to call each other’s wives if the other was wounded or killed. Military regulations outlawed Reyes from doing so, but he called anyway.

“I remember it being before midnight in Afghanistan when I called her,” Reyes said. “She was destroyed. She couldn’t gather her thoughts into full sentences. I tried to tell her that I loved her and how sorry I was. It wasn’t even like a phone call. She was so sad and angry. There was nothing I could say to her to make her feel any better.”

Reyes called Veronica three times before returning home. She always cried when they spoke, and he didn’t want to risk losing her friendship.

“Something inside of me knew it was worth her being angry with me,” he said. “I needed her to know I still cared. I didn’t want her to forget that.” Those phone calls were some of the most difficult calls he has ever made.

Because of Reyes’ friendship with Javier and the Marines and sailors of Second Platoon, the leaders of Alpha Company decided to fill Javeir’s billet – his roll as platoon sergeant – with Reyes. On Reyes’ third deployment, his platoon sergeant was killed during their third patrol inside of Ramadi, Iraq. He had lost a leader once before, and he packed his things and moved in with his new platoon.

Many of the Marines resented Reyes when he first arrived. He’d been leading a team of vehicles used to sweep the roads for explosives and deliver supplies. They trusted and respected him, but for David Ketron, the squad leader who helped carry Javier’s stretcher, Reyes was an outsider.

“I wanted one of us to be promoted in billet to platoon sergeant,” said Ketron. “Before he got there, I hadn’t said two words to him and I didn’t know he was a close friend to Ortiz either. He had to show us who he was and that he was our leader. He didn’t know anything about us. And I didn’t want anyone new to [join] our family.”

Captain O’Brien said filling Javier’s billet with Reyes was an easy decision. He knew he could trust Reyes to let them mourn, but not let them become complacent.

“It was a combination of taking care of them and making a decision that would help us ensure we would accomplish the mission,” said O’Brien, who remembers Javier as having a smile halfway between cocky and confident. He was always proper, he said, but if he wasn’t so proficient at his job, he would have been obnoxious. Javier was always proper, said O’Brien. He was also charismatic, and he loved every minute of it.

“That’s why I sent Reyes — the two of them are from the same cut,” he said. But Lieutenant Blydell, the platoon’s leader, wasn’t so sure.

“I think if Ortiz could have picked anyone to take his place he would have picked Reyes, but I still didn’t know how the guys would take to him. He wasn’t Staff Sgt. Ortiz. They shared some kind of a Puerto Rican brotherhood. They were tight and Ortiz would have trusted him with his guys. I have no doubt that Ortiz is happy with how Reyes led our men. I feel bad for having my doubts.”

Reyes worried that Javier’s men wouldn’t be happy with how he led them. This fear was magnified on December 16 when another Marine from Second Platoon, Lance Cpl. Jose Hernandez, was killed by another IED. What helped Reyes’ transition was that the men knew him and they knew that he was close to Javier. “If they hadn’t known me, it would have been a lot harder,” he said. “I wasn’t worried about them listening to me because Marines listen to orders and Javier had Marines who could do just that.”

A World A Lifetime Ago

When the Years Pass 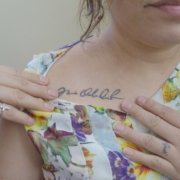 Echoes Project: A World and a Lifetime Ago 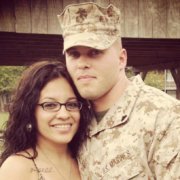