I thought I could remember the first time I watched the Twin Towers fall. I thought I remembered smoke, like I had never seen it before, stretching to each edge of the television, pouring from buildings I did not recognize. I thought there were terror-filled faces of people running from pillars of debris as towers of steel crumpled to the earth; that no one was fast enough. The smoke consuming everyone. Into darkness Manhattanites disappeared. But this can’t be. Because that first time, sitting at my desk on the top floor of Portage Elementary in Barberton, Ohio, my fourth grade teacher remembers turning off the television within a minute of having turned it on. So what is it I witnessed? I don’t know. I remember a behavior chart hanging on the wall to my left. I remember a television hanging from the ceiling in the front right corner of the room blaring images I thought I would never forget. I thought people reappeared from the debris. Damaged, but no longer vanished. Smoke continued to rise. This image a reminder: someone had to pay. But what exactly did I see, that first time I saw the towers on the morning of September 11, 2001?

I don’t remember the next day. But my fourth grade teacher, David Cassidy, does. He sat us down to talk about the morning prior. He asked us our thoughts. The first couple of kids blamed “the towel heads,” and thought we should “nuke them.” Mr. Cassidy ended the conversation quickly. This was not the stuff for kids. 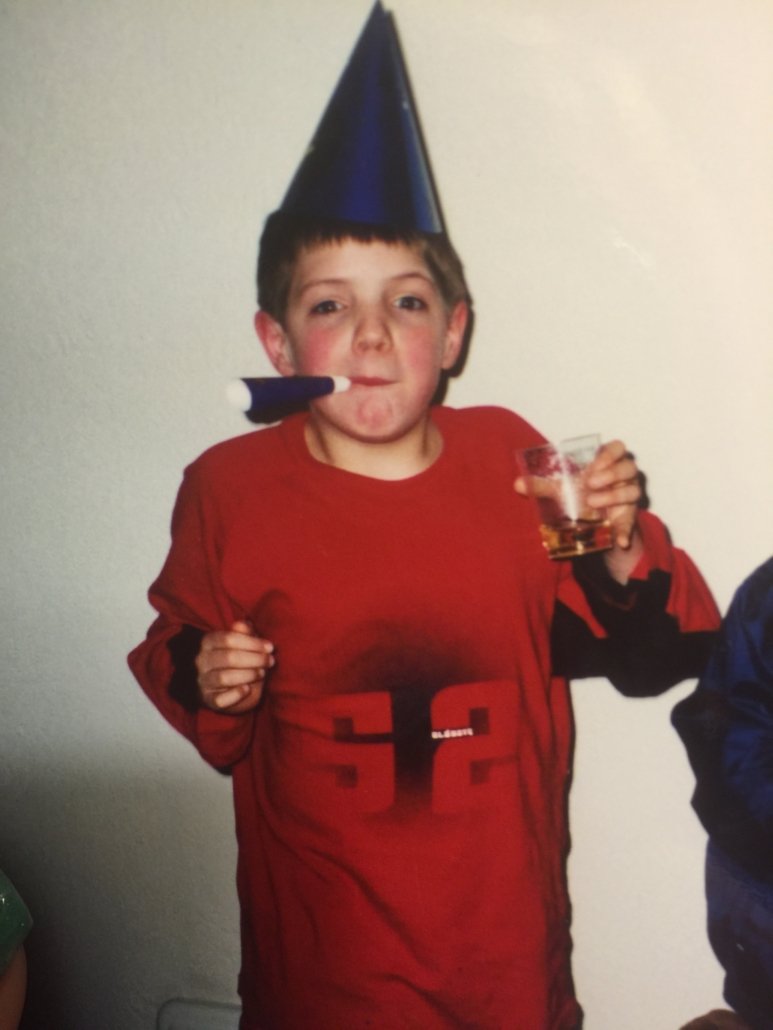 But it was everywhere. And there was no PG version. Regardless of age we would have to—and did—see it. My fourth grade eyes saw the same footage of people jumping from the towers that my parents watched. I saw the same fire consume the floors surrounding each crash site as my grandparents did. I watched them fall to ground just like everyone else. But, I didn’t interpret these events like my elders. I was a child. My imagination was still rich. I saw beyond the metal, behind the building facades, and into the offices. I saw pain I cannot say was real. I imagined victims’ last thoughts. With each passing year, though, I relied less on my imagination and more on the concrete: what I saw, not what I imagined. Now, I can’t tell which memory belongs to which 9/11—this year’s, last year’s, the year before, or the original. Nor do I think it matters. September 11th, more than a tragedy of a single day has become an experience. A fluid, ever-changing experience. And one that has and continues to determine much of who I am.

The changes were incremental. Slowly 9/11 affected my thinking about the world, and my response to those thoughts led me to four years in the Marine Corps, followed by an academic life devoted to understanding the Middle East. But others have followed this exact path before me—and before 9/11. But that day affected my life in far more subtle ways too.

It’s how I consume news. The way I witness trauma, and public atrocities through a screen without so much as a shifting in my seat. 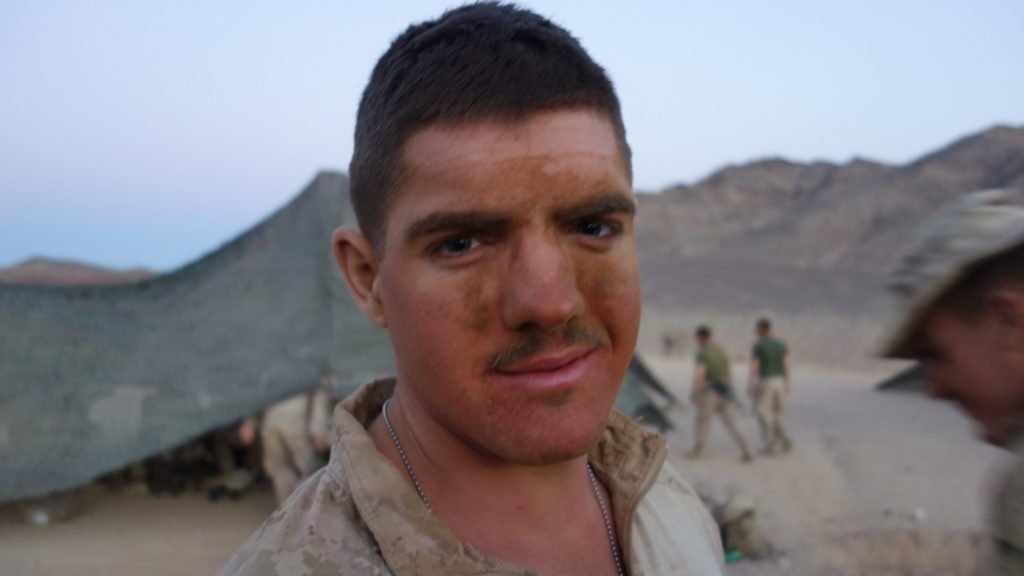 Nate Eckman spent a portion of his first deployment in Jordan. Courtesy of Nate Eckman

In September 2006 The Pew Research Center published an article titled “How 9-11 Changed the Evening News.” It focused on findings by ADT Research, which examined news coverage four years prior and four years following 9/11. The results found post-9/11 evening news 102 percent more focused on foreign policy; 69 percent more concerned with armed conflict, and 135 percent more likely to report on terrorism. While stories covering drugs, alcohol, and tobacco dropped 66 percent; space, science, and technology fell 50 percent; and crime, penal policy, and law enforcement dropped 47 percent. I had no idea this shift happened. I don’t remember a single news image before 9/11. I came of age in a world where terror and violence dominated the evening news cycle, where images of explosions and firefights were the last images I saw before going to bed. Witnessing violence in adolescence, at a rate so constant, even through a screen, changes—inoculates—you.

Before the picture of a child washed ashore, face down, dead in the sand surfaced and spread across the internet, I did not care about Syria’s refugee crisis. Before I listened to the actual gunshots and screams from a recording of the Orlando night-club shooting I felt no solidarity with the victims or their families. Sensational news has become news. Show me the horror, NBC, like I saw in my youth. Maybe then I’ll care.

Statistically, I may be normal. But it doesn’t feel right. A definite diversion from healthy. A sign of a previous bad relationship filled with really bad habits. 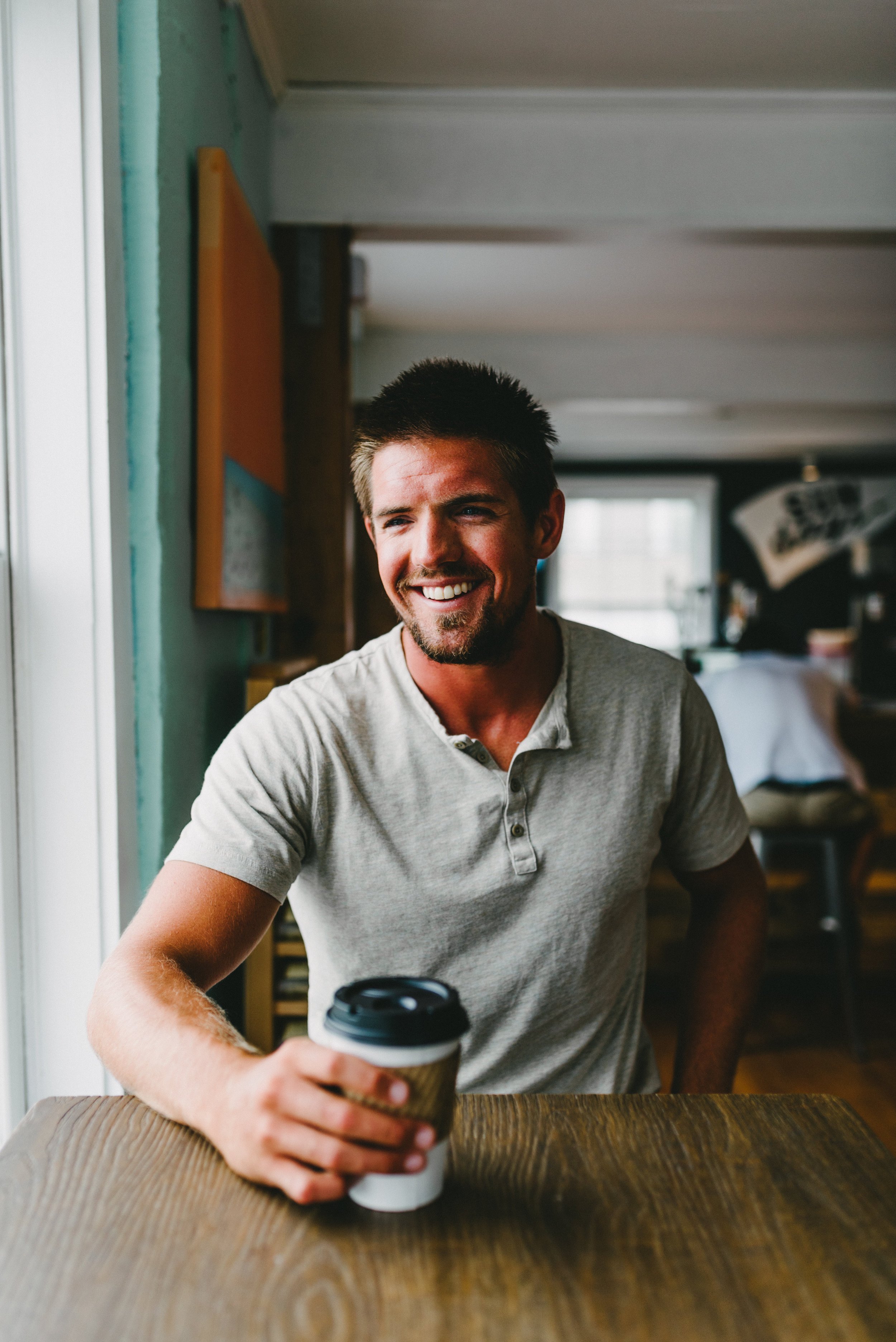 My relationship with 9/11 is compulsive. And it’s not entirely my fault. I never kept track but I wonder how many times I watched the Twin Towers fall. Hundreds, maybe thousands of times? At what number was the shock dulled, when did the sensational become the same old, same old? A number far gone. What used to stand as evidence for action now barely stimulates an ounce of empathy. As long as it’s through a screen.

Three days before the fifteenth anniversary of 9/11 I was walking on the streets of New York City after sunset. I exited a grocery and looked left, where I saw two pillars of light piercing the clouds. I froze. This was the Twin Towers memorial. My eyes welled up. Never have my thoughts of 9/11 been so heavy. Not even when I saw those towers for the first time, whenever that was. For the first time, perhaps ever in my adult life, I, without effort, feel 9/11.

I imagine I’ll feel it again Sunday when, exactly one minute after the South Tower fell 15 years prior, my plane will lift off and head to New York City, where I now live.