I fired my first machine gun on an air base in Utah when I was 12 years old.

A pair of teenagers had come strutting down the quiet, tree-lined street of the base housing development, flaunting long belts of spent shells like arrogant facsimiles of Old West pistoleros. A couple of airmen, they said, had mounted a big black machine gun on top of a Humvee parked next to a convenience store near the airfield. I raced into the house and pestered my mother to drive me there. 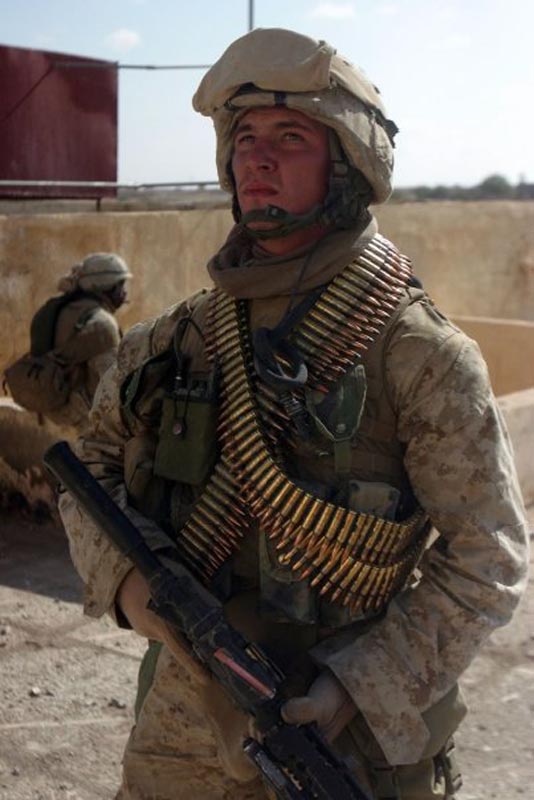 My ears had long been tuned to the fighter jet afterburners and the sex-rock reverb of fighter-jock hair metal, all backed by the fist-pumping, star-spangled jingoism of ’80s action movies that surrounded the military culture I had been blanketed in since birth. I had sat in the cockpits of fighter jets on display at the yearly air shows. I had played war in my stepdad’s old fatigues. I knew all the ranks and badges by heart. At 12, shooting a machine gun felt like a rite of passage. But I had never touched one, let alone shot one. I had no choice.

My mother agreed; she had errands to run, anyway, and there was nothing necessarily unusual about children shooting blanks from a machine gun. Before she could fully park the car in the lot across the street from the Humvee, I’d bolted from the back seat and sprinted toward the gun, skidding to a stop beside the driver’s open door. The bored airman sitting in the driver’s seat looked up and tapped cigarette ash onto the grass. Up in the turret, the second airman helped a boy of about 7 or 8 blast off a string of blanks. The boy was so small the airman had to hold him by his armpits so his small shoulder could reach the buttstock. His feet dangled near the airman’s knees. After some frustration getting his small hands around the pistol grip, the boy clapped off a hard burst with a sound that reverberated across the grass. Its sound shot down my spine, making my skin vibrate with anticipation and electric intensity.

The small boy climbed out, his face a punch-drunk mask of awe and bewilderment. I quickly stepped around him and climbed through the cabin and into the turret, determined to appear an Old Pro at climbing in and out of Humvees, not some neophyte preteen. The airman was young and spoke with a thin, practiced veneer of patience and good humor, like a threadbare grocery store checkout clerk.

He pointed at my feet. “Climb up on the ammo can,” he said. I gawked at the black machine gun above my head—an M-60, the same gun John Rambo used to smite Sheriff Will Teasle and countless Communists in ’Nam and Afghanistan in the Rambo series. I stepped onto the ammunition can and pressed my right shoulder against the gun’s warm metal buttstock. It smelled like hot metal and what I now know to be the ozone fragrance of burnt propellant. A belt of blanks draped down from the gun’s left side to an ammunition can that sat on a flat mount.

I wrapped my small hand around the thick black pistol grip. The airman told me to place my left hand over the top of the buttstock, press my right cheek into it, and aim down the sights. The gun was locked into a fixed position inside its mount, pointed at an arbitrary car in a nearby parking lot, a dirty white Honda near our family Mazda.

“Whenever you’re ready, dude,” the airman said boredly. Cigarette exhaust drifted up from the driver’s seat. I was nervous. I rested my finger against the cool black trigger and pulled.

The gun spat out, hammered, chattered, maybe a half-dozen times—two, perhaps three seconds. It happened so quickly I barely registered it beating against my shoulder and cheekbone, or the subtle flames that burst from the end of the barrel, or the smoke that drifted in wispy layers from underneath the feed tray cover that held down the belt of brass blanks—all the little details I came to learn about shooting an automatic weapon. Firing the machine gun felt chaotic and dark, grown up, alive, and loaded with adrenaline and roaring atavism.

“Cool,” was all I managed. As I climbed down I banged my knee on the cabin’s metal floor. 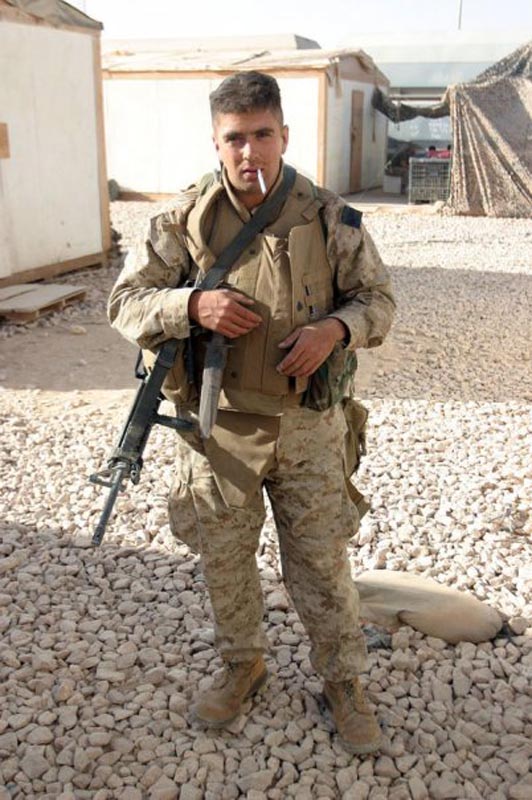 Every so often, the airman in the turret brushed all the brass shells and black links to the grass below. I joined a small cluster of children who had already fired as they plucked burnished shells and links from the grass and pressed them together into long belts. I managed to build a two-foot-long belt before my mother shuttled me off for some errand. As we drove away, I listened to the rattling machine gun fade into the rock music playing on the car radio. Word had gotten around the base neighborhoods, and scores of children had begun to line up, all staring with electric eyes at the big black machine gun like they were waiting to climb aboard the neon chaos of a wartime/springtime carnival ride.

The following year my family moved to a U.S. airbase in Japan. One afternoon in late spring, after a day spent learning about the dangers of sex and sexually transmitted diseases through scare-tactic imagery, I stepped behind the school where school buses waited to ferry kids home. A Black Hawk helicopter hovered a few hundred feet above the high school football field as the teenagers huddled in packs around the curbs with heavy backpacks and Starter jackets. Many watched the helicopter with mild interest; some pointed and gawked before loading onto their buses. In the sky above, an airman sat behind another black machine gun in the open door of the helicopter and fired long strings of blanks, presumably a part of some large training exercise. At the sound of the machine gun clatter I rattled my body, pantomiming bullet strikes, then fell into the warm grass like the final boss bad guy slain in some jingoistic action movie.

Five years later I was behind another machine gun, this time as a U.S. Marine, firing at a gunnery range in North Carolina during infantry training, muttering “die-motherfucker-die” to time the bursts properly. The blanks were long gone, replaced with red tracer rounds that snapped through cardboard targets, inevitably setting on fire the dry autumn leaves that lay scattered across the range. We laughed at the fire and felt 10 feet tall, like “Mean Marines,” for all the lead we had punched through man-sized targets in our endless efforts to play war in lieu of the real thing. I can still feel that rush, even now, years later—the sort of brutal primalism that makes war so remarkably attractive.

Not too many years later and I’m watching a machine gunner’s red tracers slice into Iraqi homes and snap down Iraqi streets. I remember well the rattling SAWs and the clapping 240s, the lion’s roar of the Ma Deuce, and the thumps and distant grenade blasts of the MK-19s. Their sounds were less awe-inspiring than they had been a decade earlier on the springtime grass of an American air base when I’d fired my first machine gun. Now the gun was a trade tool, mesmerizing for an altogether different reason than it had been when I was young, mesmerizing because of its destructive power. I remember how exciting the gun could still be, even after I had been around them for so long, and even in combat. Sometimes especially in combat, when the machine gun served as a violent answer to fear. I vividly remember the most minute details of smoking brass shell casings, of children with belts of spent blanks, of bored airmen in and out of helicopters, of wargame death throes, and the guttural sexiness of war and its dubious glories to the uninitiated. But the hardest thing for me to remember is where and when I learned what holes that get punched into humans look like when the bullets are real, and what it looks like when their bodies are at rest at my feet like dolls tossed aside and askew, casualties of the machine gun’s transmitted disease. 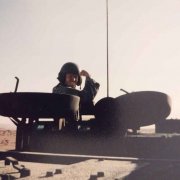 “They Weren’t Supposed to Die”—Losing a Soldier to Mishap at...
Scroll to top