“Believe me,” he said as he reached into his back right jeans pocket, “I know this is a big ask.” His left hand gripped by their necks two bottles of Pabst Blue Ribbon. He focused his gaze on the concrete floor in front of my workbench, one of the few spots in my garage that wasn’t cluttered with delicate stacks of boxes, storage bins, and bits of furniture. My wife and I had recently bought a small post-war single-family home with good bones less than a block from the university where I was teaching a writing seminar for student veterans.

He pulled out of his pocket something dark and metal looking, about the size of his palm. “I don’t have anyone else,” he continued, handing me what I quickly realized was the trigger housing for his M-14 rifle. I recognized its look and feel only because I had been to a shooting range with him and another student of mine from a previous semester the weekend before. He had let me fire what he said was one of his most prized possessions. His other two treasures were his dog, a black lab named Duchess, and a glossy black Harley-Davidson motorcycle. I don’t remember if it too had a name.

“What do you want me to do with this?” I asked, the crackle of the fluorescent light hanging above my head suddenly coming into sharper focus, then fading as my attention turned back to the cold metal of the trigger housing.

“Just hold on to it for me for a while,” he replied, now looking me in the eye. “I don’t trust myself with it right now.”

That was back in the early months of 2015. I hadn’t yet earned my various certifications in suicide prevention. I didn’t know how to help someone who was thinking of hurting themselves. I didn’t know the right questions to ask or how important it is not only to persuade them to seek help but also to hand them over, personally, to a qualified professional.

He never blamed me for how he was feeling that night. But a couple of days after his visit, it became clear that I was at least partly to blame. A few hours before giving me the housing, he had texted me and asked if he could come over to talk. I found out the day after he handed me his housing that a Marine whom he’d served with in Afghanistan, a man he had looked up to and aspired to be like, had read what my student had written—what I had edited and posted to our class website—and told him that everyone who knew my student would be better off if he swallowed the barrel of a pistol. 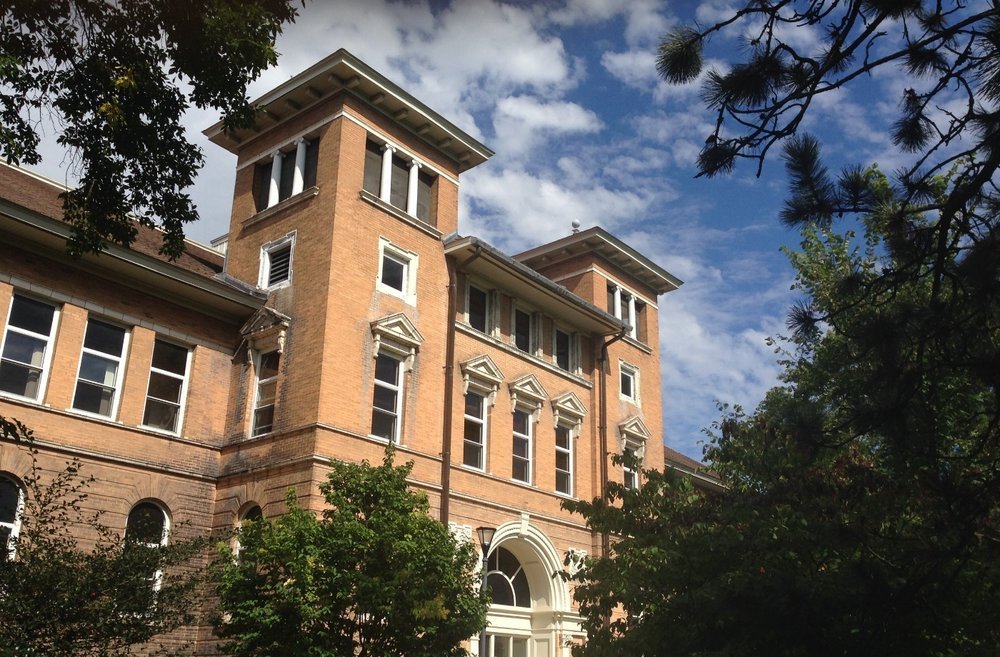 On the first day of class that semester, about a month before my student left the trigger housing with me for safe keeping, he arrived before most of the other students and sat in the second row. He was wearing a baggy flannel shirt and jeans, and looked like a Seattle grunge rocker, minus the long hair. The fitted gray baseball cap he wore and his three-day-old blond chin scruff made it hard to make out the angles of his bone structure. As the other students shuffled in and jockeyed for the seats in the back row or against the wall, he told me he’d been thinking a lot about all these stories he had inside him and that he was excited to finally have a time and place to let them out.

READ MORE
Rage and the Manger

Later that week, during an interview I recorded with him for the Veterans History Project, he told me that years before, he had found out he was likely headed to Afghanistan even before he had finished his advanced training and reported to his unit. “I was freaking out the whole time,” he explained to me.

“My instructor had this graduation poster of everyone from a previous class,” he said, miming like he was holding a large poster above his head, “and one day everyone was fuckin’ around. He grabbed the poster and yelled at us, ‘Hey, fuck faces, come here and look at this. You know what this is? This is my class from two cycles ago.’ There were all these fucking X’s through most of the faces.” An X through the face was a crude way of showing which Marines had been killed or wounded in their first deployment in Afghanistan. “I can’t wait until I get your fuckin’ class’s poster,” he said, imitating the salty instructor, “and I can start crossing all your fuckin’ faces off.”

He paused, like he was collecting his thoughts, looking for the right words.

“I didn’t deal with any of the shit that well,” he said.

He told me more about his fears and anxieties, about the psychological toll IEDs take on a young man. He said he had seen enough guys lose legs to know that if he had to be wounded, he’d prefer being shot to being blown up.

Then his tone and demeanor changed. He sat up tall in his chair, his face deadly serious. “It’s a privilege to be able to shoulder that burden and allow civilians at home to be ignorant of all the terrible shit in the world,” he said, pausing for effect. “Ignorance is bliss, and it’s a fucking privilege and an honor to carry that weight for them. That ignorance—of having to face your own mortality—is one of the greatest gifts we give to civilians.” 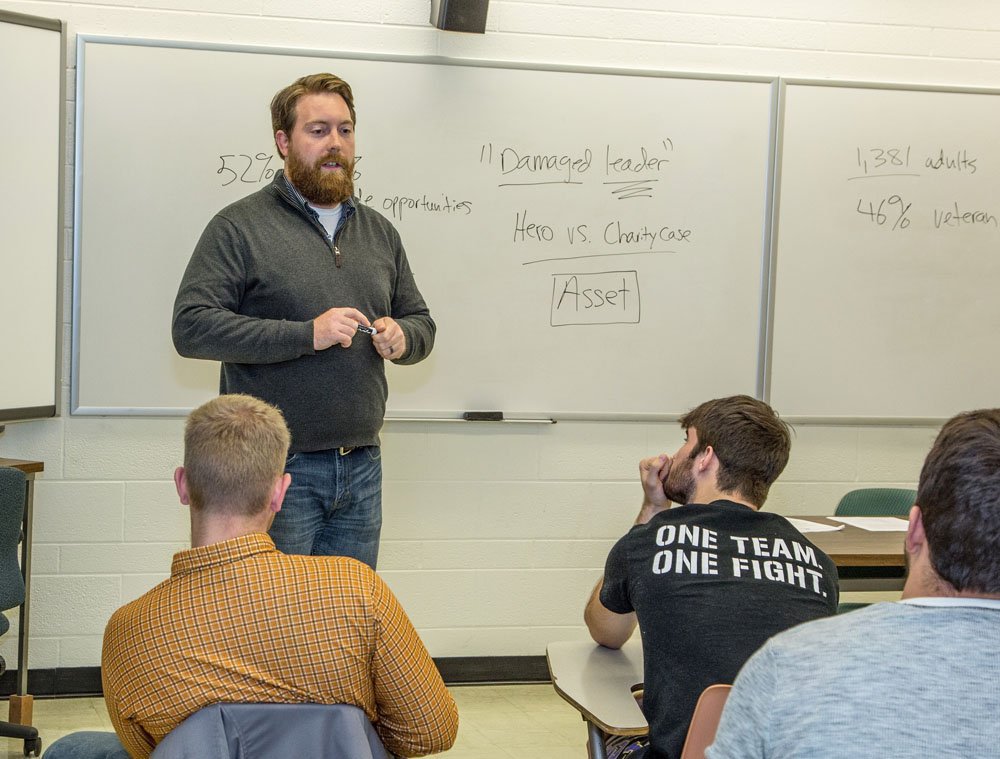 Talking with my student about his experiences was exciting, intoxicating even. I learned much too late, however, that there is a fine line between intoxicating and painful, especially when stories are handled indelicately. Not knowing then what I know now, I urged him to write, even if his stories came out as garbage on the page, something many first-time writers fear. “All first drafts are shit,” I told him reassuringly. “But that’s why I’m here, to help you say what you need to say.”

The short essay he had me read a few days later was about a recurring nightmare that plagued him most nights and tormented him in his waking hours as well. The essay was deeply confessional and achingly sincere, but it wasn’t a coherent tale with a beginning, middle, and end. It was more like a collection of immersive fragments, a detailed stream of consciousness. Still, the rawness of the writing had impressed me, and I thought that with some light editing his story would be ready to post on our class website.

Shortly after I published his essay, he shared a link to it on Facebook, tagging friends, family members, and other young men he’d served with and under back in Afghanistan. Within hours, dozens of positive comments stacked up below his post. I wasn’t the only reader who had been intrigued by the harrowing, raw, and intimate nature of his story, and I was happy to see it was being so well received.

Before too long, though, the comments turned sour. It began with a threatening message from a Marine he had once looked up to who thought my student was blowing his trauma out of proportion. My student’s deployment had been cake, according to this other Marine, who compared it to his own deployment to Fallujah in 2004 and Marjah in 2010, and for the next couple of days, this Marine tagged dozens of other Marines who chimed in to question my student’s account and to harass him on deeply personal levels. 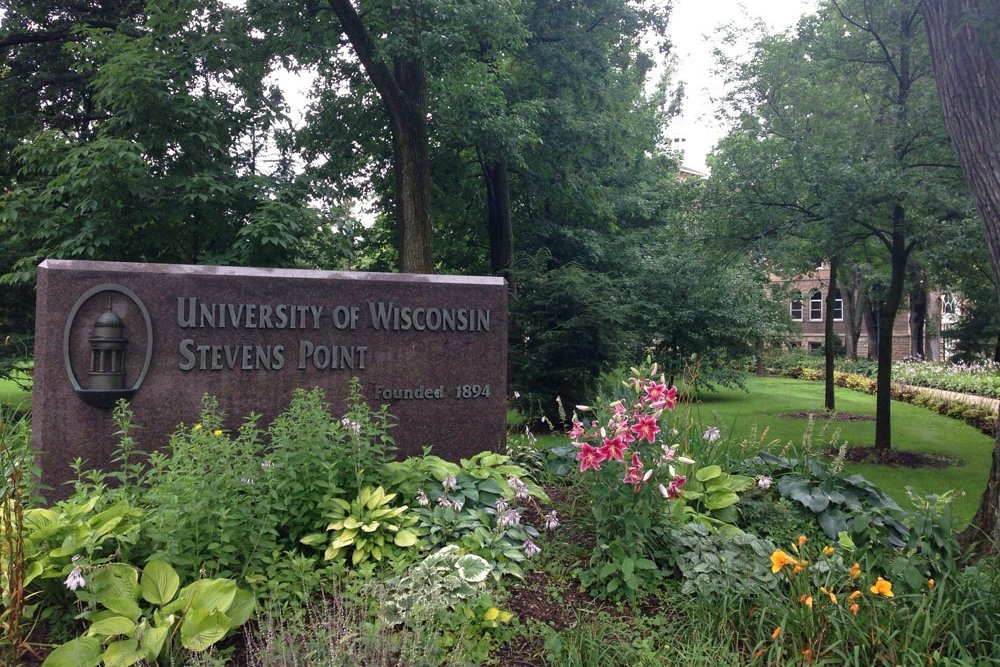 After deleting his original post, along with all the positive comments his story initially received, my student texted me that he needed to talk. That was the same night he handed me his trigger housing and told me he couldn’t be trusted with it. Once he told me what he had experienced, I felt simultaneously responsible and irredeemable. An editor’s job, as I view it now, is not simply to correct comma splices but rather to humbly enter a writer’s story and to help them prune what isn’t needed and to find what is needed to strengthen it.

I should have pushed him to reveal what he had learned, how he had changed, and in what ways he had grown. I should have coached him to present his own truth, not to persuade the reader, but rather to gently challenge the reader to draw their own conclusions. But I didn’t do that.

His story wasn’t that he went to war, survived, came home, and struggled with a debilitating and recurring nightmare. That’s just the plot; it’s not what the story was actually about. With a little coaching on finding the story underneath the story, the final draft of my student’s essay, which was subsequently published in an edited collection, flowed directly from how he made sense of his dream and what he had experienced in Afghanistan and how he measured what mattered most to him.

About a month after the edited collection was published, after my student read his story to a crowd of 200 friends and family members, after he had made peace with what he had written, he came to my house one night after suppertime and knocked on my back door. I answered and invited him in, but he declined. “Still have that housing?” he asked. “I think I’d like it back now.” 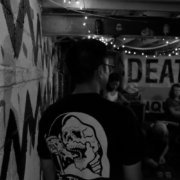