We usually hear them before we see them: a flight of two CH-47 Chinook helicopters, our ride for the night. Soon the gigantic monstrosities of theoretical flight touch down on the helicopter landing zone, blasting the assault force with a stinging film of Afghan dust. The ramps open and the crew chiefs signal us to load. The combined 40-man U.S. Special Forces and Afghan commandos assault force pile into the cramped confines of the aircraft fuselage.

As the ground force commander, I find my seat in the forward portion of the aircraft and plug my headset into the internal communication system. I exchange pleasantries with the pilots and listen for updates. The pilots make their final coordination, power up, and carry us to the target. So begins the brief, captivating calm of infiltration—commonly referred to as infil—a unique time that encompasses neither the premission stressors nor the future uncertainties of the combat operation. A period where I am relieved from the overdose of premission stressors and void of combat operation anxiety that lurks somewhere in the future. These rare moments—after we take off from our base and prior to touchdown on our objective HLZ—leave me in a curious state of active calmness that I yearn for and I know is fleeting. 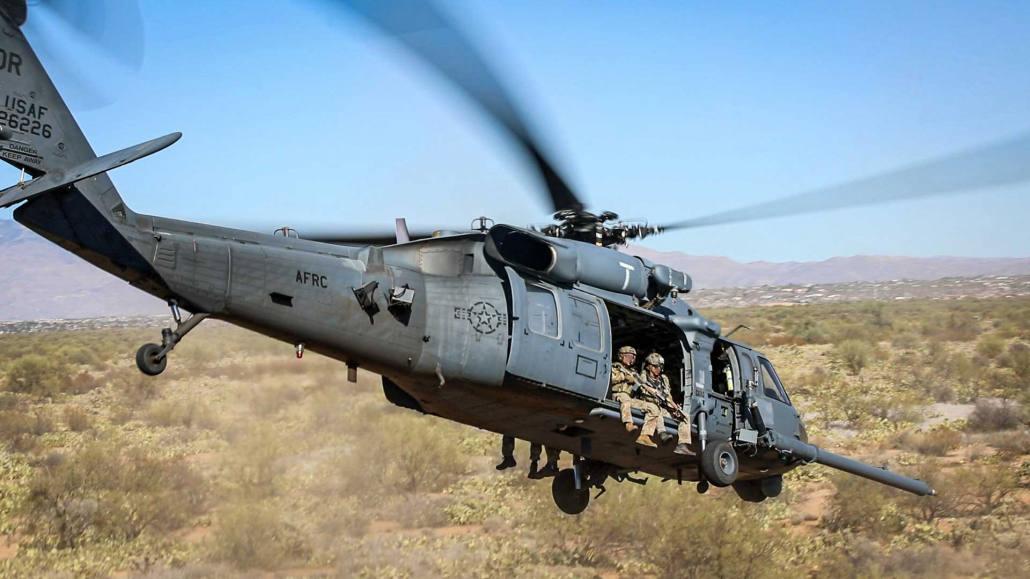 Agents from the Border Patrol Tactical Unit and Green Berets from 3rd Battalion, 3rd Special Forces Group use an Air Force HH60 helicopter to infil a mock compound during a joint training exercise that focused on direct action for missions that are time-sensitive in nature in November at Davis-Montham Air Force Base in Arizona. Photo by Sgt. Bruce Scott, courtesy of U.S. Army.

This condition has always been special and unique for me. It seems counterintuitive. For the ground force, it’s a ride to work. A connection between the theoretical and hypothetical world of premission activities to the future unknowns and infinite possibilities of combat operations. Aside from a few last-minute changes relayed to me through the aircrew upon approach to the target, getting there is up to the pilots. I feel a certain peace and safety during this phase while being fully aware that these thoughts may also be irrational. Things can undoubtedly go wrong (and indeed have gone amiss during numerous occasions throughout history): effective enemy ground fire, mechanical issues, unpredictable weather, navigation issues, pilot error, etc. Maybe it’s what infil is not that makes the experience so special. When I take a step back to consider the entire operations cycle, it becomes more obvious why I cherish those fleeting minutes inside the cramped-and-dark, vibrating fuselage.

READ MORE
From One Battle to Another. "A New Fight I Never Expected."

A particular operation targeting an enemy command node in the mountains of southeastern Afghanistan encapsulates these feelings. Prior to the mission, there was a seemingly never-ending list of tasks that needed to be accomplished: identify the target and build the plan, brief the plan for approval, meet with the partner force, conduct rehearsals, coordinate with higher headquarters, and synchronize events with the aircrew.

Additionally, things were always changing: Bad weather had already postponed the mission and there was a chance it would be rolled again; the partner force had expressed reservations with the operation and needed additional coaching; mission priorities changed from the top. These issues didn’t cancel the operation outright, just created a rippling effect that disrupted a preplanned timeline and the associated events leading to mission launch. That made sense: Our mission was one among several other competing priorities within a dynamic environment. Regardless of the reasons or the level of control we had over these conditions as the ground element, the planning process took a good deal of our time. 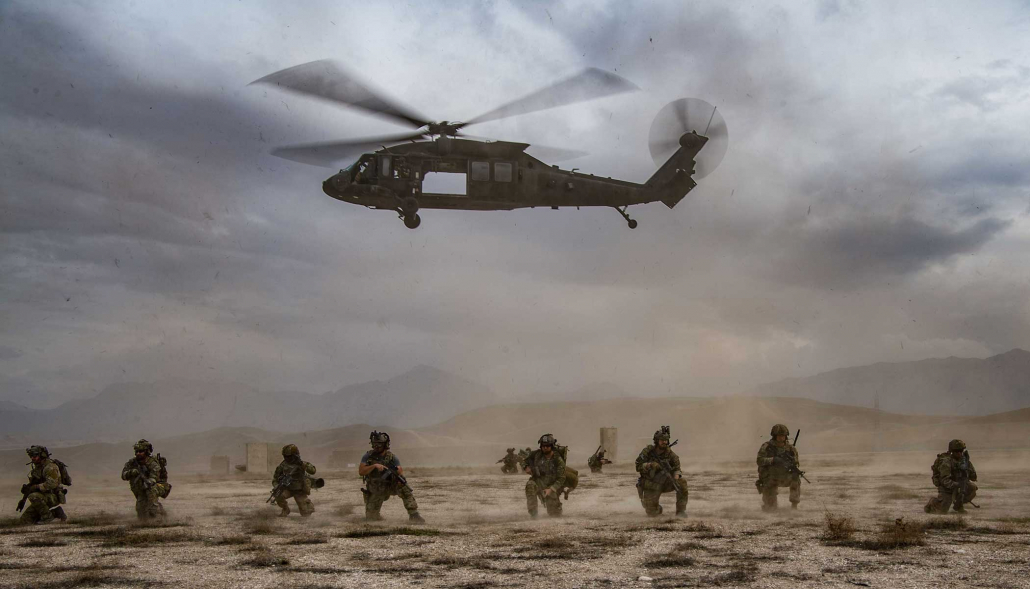 U.S. service members secure the perimeter at an undisclosed location in Afghanistan in support of Resolute Support on March 17, 2020. Resolute Support is a NATO-led train, advise, and assist mission seeking reconciliation and peace for Afghanistan. Photo by Staff Sgt. Joel Pfiester, courtesy of U.S. Air Force.

This serious and essential work minimized risk to the force and optimized the likelihood of mission success. However, the constancy of change never diminished until the very moment we departed for the operation.

I tried to budget time for a nap, but pre-combat anxiety rendered this impossible. The opportunity to sleep became moot anyway, as an unforeseen issue with our infiltration plan required last-minute changes to our tactical scheme. The process was simultaneously time intensive, challenging, frustrating, and rewarding for me as a ground force commander, as well as a defining experience in my military career.

But it by no means inspired the perceived peace experienced during infil.

Reality sank in as we donned our combat gear in the ready room. The ready room was a shed about the size of an average American living room. It was basically a musty toy store for commandos. Each of the 12 team members had a set of shelves that housed his war kit: assault packet, helmet, pistol belt, body armor, weapons, night vision, ammo. The vibe within the ready room prior to this operation was one of muddled excitement. Gangster rap and heavy metal played in the background as the ubiquitous “clink” of ammunition being loaded into rifle magazines filled the silence between beats. Little was said as my teammates focused on preparation of their gear, meticulously ensuring that they were individually prepared for the collective’s mission. Each man had his own specialty—such as communications, medicine, or demolitions—and with a level of seriousness and professionalism was bound to this responsibility. The detachment emerged from the ready room an armed fighting force, conducted final internal checks, staged at the helicopter landing zone, and awaited a ride to the target. 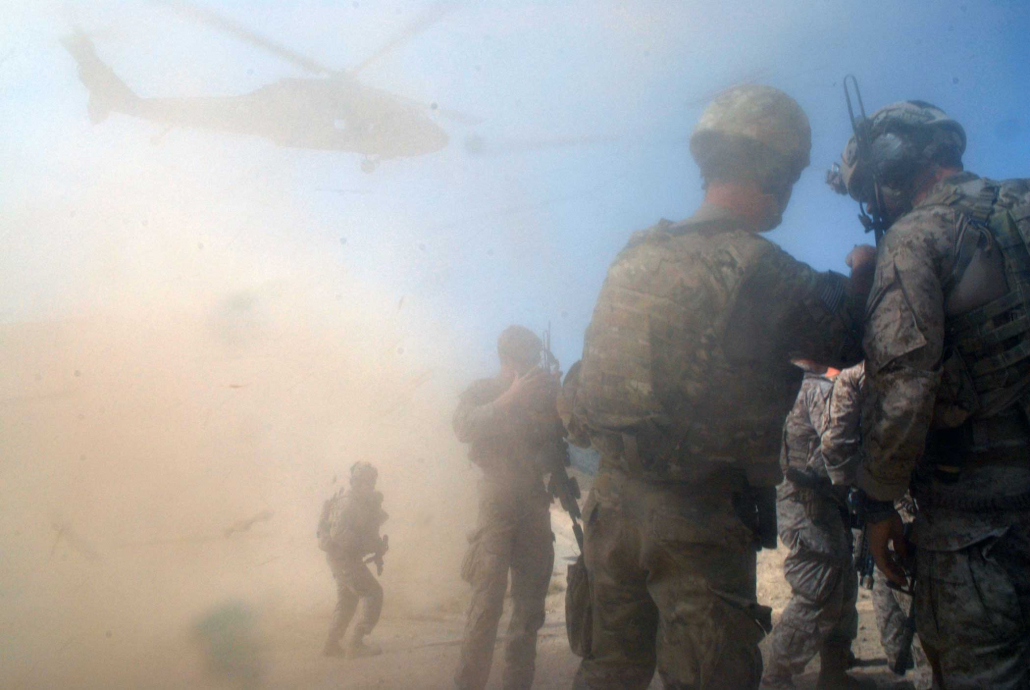 Flash forward to actions following infil, when the real business began. Combat operations consisted of a vast gamut of potential events and were the critical time for which we’d planned, trained, rehearsed, coordinated, and war-gamed. Each operation could legitimately range from uneventful to life-altering—always exciting and replete with its own complexities and challenges that we strove to dominate. This particular mission was especially intense, complete with a prolonged firefight, partner-force casualties, demolition of an enemy weapons cache, and defensive airstrikes. Then we got on the bird and returned, the recent events still playing through our heads as we departed. We peered through the helicopter’s small circular windows at the moonlit mountain valleys as the CH-47s departed our exfiltration helicopter landing zone.

The return flight and post-mission activities were different from infil, too. These feelings range a wide spectrum and are often simultaneous: exultations of relief from the close calls, reflections upon recent events, concern for our casualties, pride in the success of our mission, prayers of gratitude. These immediate responses didn’t last long because, once we returned, post-mission activities had to occur: equipment recovery, processing of detainees and gathered intelligence, reports, and debrief. All the while, my adrenaline tanked as the subconscious sensed the relative safety of base.

We returned to the ready room and reorganized our gear. No pump-up music this time, just weary efficiency before we went off to breakfast. I ate quickly and pounded coffee because I had reporting deadlines to make. This phase, although critical to the larger effort, dragged on until complete. 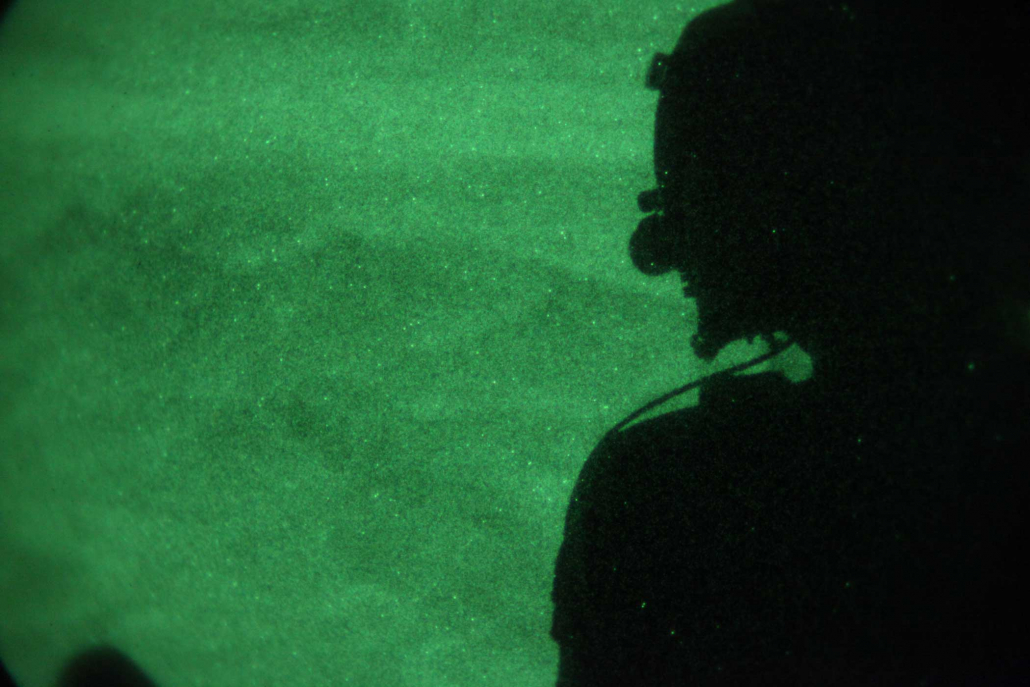 U.S. Army Sgt. Christopher Sack, with Bravo Company, 101st Combat Aviation Brigade, sits onthe back ramp of a CH-47 Chinook helicopter over Kandahar province, Afghanistan, as part of a mission in October 2010. The mission was conducted as part of an infil of U.S. soldiers and Afghan National soldiers to an objective in southern Afghanistan. Photo by Cpl. Robert Thaler, courtesy of U.S. Army.

The infil, though, was something different. To me, this was a sacred time. I was 100% invested and prepared, leaving the confines of mission planning for the unknowns of the combat experience shared by warriors of all breeds for millennia. Infil was a critical transition point between two-dimensional PowerPoint concepts and visceral lethality. Once we touched down, it’s back to work again. However, in those fleeting moments, I had the time uniquely to myself. One may think that these moments would be filled with nerve-racking thoughts: questioning one’s own mortality, second-guessing details of the mission, or worrying about loved ones back home. For me, the aforementioned concerns were consigned to that other world, left behind as I embarked the aircraft. Instead, feelings of contentment and relaxation transfixed me. The idea that I had ceded partial control to the aircrew for a short while gave me the mental bandwidth to relax my thoughts. I didn’t fear the unknown of the operation; I considered it a constant that has always defined combat and can never be fully regulated or controlled.

However, to say I was aloof would also be false. I was well aware that we were going to combat and had internalized all the responsibilities and pressures to succeed that I cherished as a ground force commander. I felt the vibration of the helicopter, could hear the beat of rhythmic rotors through my headset. I saw the combined assault force fitted for war sprawled throughout the helicopter’s cabin awaiting the inevitable. I simultaneously felt in-the-moment, content, and confident.

Perhaps infil was the opportunity to consolidate my thoughts and prepare the subconscious for the unknown adventure lying ahead. It was a chance NOT to contemplate my own mortality, NOT to be critical of myself or others, NOT to be obsessed with the task at hand. This time presented a strange vacuum of perceived freedom.

When the pilot gave the “10 minutes” call, I snapped back into that steady feeling of anxiety, excitement, and focus that overflows the mind and body like a drug. The infil paradox gave way to an unforgiving and unknown reality, and I resumed control.

In combat, do you ever really have control?

Some may say that you only manage varying levels of uncertainty and ever-greater degrees of unknown. One’s fate is left up to chance in many ways. How many IEDs have we stepped over, and how many bullets sent our way missed their mark either through divine intervention, equipment failure, poor marksmanship, or a combination of them all? 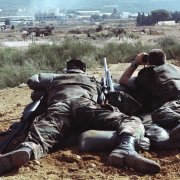 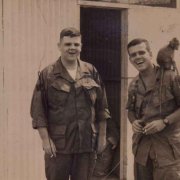 Two Guys to a Bag, One Bag at a Time. We Each Became Experts in a Macabre Parade.

As a West Point Cadet, I Volunteered to Be “The Hot Sauce Man”
“What Is There to Say?” Shared Experiences and “an Epic War-Porn Trai...

The Future of The War Horse and How to Support Our Ambitious Growth Strateg...
Scroll to top