This is the fourth and final essay in Drew Pham’s four-part series “Letters to My Country That She Will Never Read,” published the week of September 11, 2018. 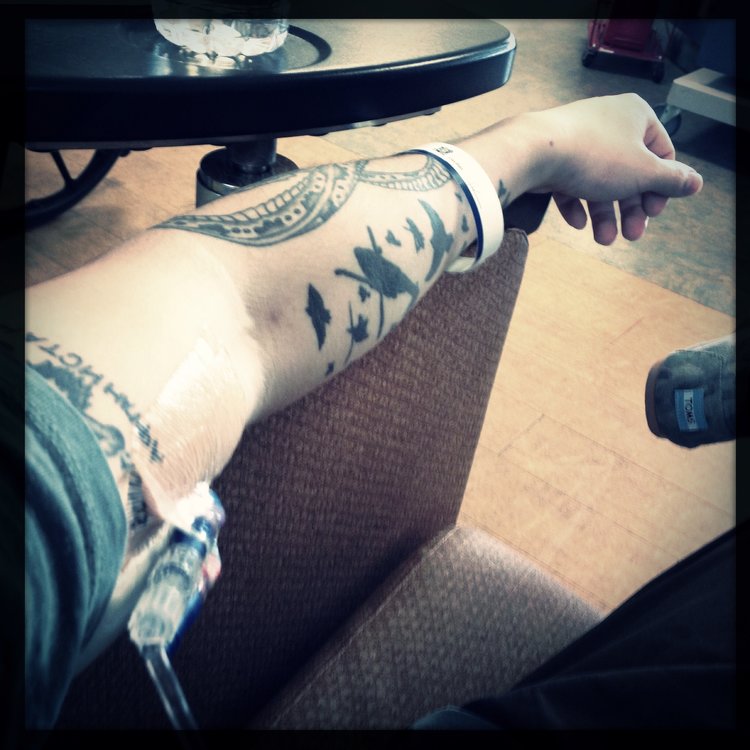 I write this for the children I want, but cannot have. Cancer was the consequence of toxins sown into the air by burn pits and jet fuel and air-dropped munitions. A case of friendly fire that took years to inflict its wound. To save my life, I’d been subjected to more poisons—radiation and chemotherapy—adding any future children to the war’s kill count. I imagine them to life, their hair jet black, but wavy like their mother’s. Their adolescence, all thin limbs and scrabbling to feel infinite. Their adulthood, when I see that they’ve stolen the best qualities my wife and I have to give. But I can only imagine them. Their names won’t ever be etched into stone after the war ends and the country erects a monument. That space is reserved for the memories our country chooses to make sacred. I fear there will be no monument that remembers those whom we’d prefer to forget. The civilians. The suicides. The loved ones at home beaten and killed in fits of rage. Troops raped by their comrades, locals raped by their occupiers. The homeless, tempest-tost refugees. Our enemies. Children counted among those enemies for no reason other than the color of their skin, the difference of their culture. I fear these names will be forgotten, their memory relegated to footnotes.

I write this as a memorial to my mother, my father, the people I hurt, the people I helped, and the children I lost. I write this as a memorial to their “love and honor and pity and pride and compassion and sacrifice,” as Faulkner once said, those human truths so easily forgotten when memory mutates into mythology. I want to inscribe my father’s name on this monument, a man who took me and my siblings to museums every weekend because he thought we deserved a little beauty in our lives, the same man who wore a vengeful smile when he watched thousands die on TV, the same man who left us because, like the aches of a phantom limb, his homeland called for him. Let my mother’s name be there too, a woman who raised three children alone, who withdrew from us when memory coiled around her body, threatening to suffocate her, a woman whose passion compelled her to march south after her homeland had been reunited to teach, whose passion I inherited. 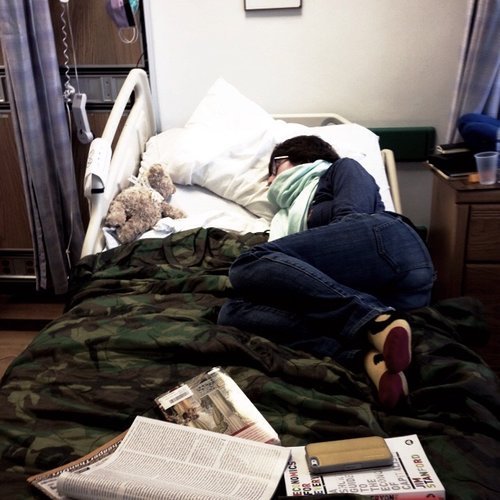 The author’s wife sleeps on his hospital bed in a cancer ward. Courtesy of Drew Pham

When we mourn September’s dead, I will count those we’ve chosen to forget among them. I’ll remember the schoolteacher my unit killed in error, his grieving son, the villagers deprived of an elder. I’ll remember the man I shot in a fallow field, a man who fought to expel foreign invaders. I’ll remember a school full of smiling Afghan girls and the cast-off interpreters seeking refuge in the country that had used them and the men I fought beside, their rage and hatred, their love and compassion, their bodies and hearts tattooed with all the ailments and wounds and consequences of America’s longest war. I’ll remember my friends, those brave Afghan men and women, who I wish I knew were still alive. I’ll choose to remember a little beauty: my wife sleeping beside me in my hospital bed as my hair fell out. The way the sun broke itself over the Alasang Ghar Mountains. One of my men opening his palm to caress the heads of wheat as we moved through a field.

I build this monument for the children I’ll one day have, daughters and sons who won’t share my blood, but to whom my heart will open. I build it so they will not have to watch me shrink into silence like my mother or revel in atrocity like my father. I build it so that they will not be warped by the memories this nation chooses to make sacrosanct, so that when the time comes, they can imagine the forgotten dead to life—their kindness, their wrath, their yearning. The poet Guante says, “Don’t write a poem about war. Write a poem about what it’s like to stand in your brother’s empty bedroom.” So let them—let all of us see ourselves in the other, all the empty bedrooms of our lives. Let this be a monument to those details: the awns of wheat grazing your fingertips. A spatter of crimson paint or blood on a place of worship; feeling as if that paint or blood had been sprayed on you. The peal of a mother’s voice. A patch of skin, dotted with bits of stubble, fused to a tree in the Tangi Valley. What home looks like as it disappears into the horizon. What sorrow sounds like in the call to prayer. How blue the sky was, one day in September, how the hint of a chill mingled with the warmth of a dying summer. I build this for you, my countrymen. For my parents. For my children, in hopes that they will never feel they are the enemy, that they will never feel the need to prove that they too are Americans. And when cowardly men tell them to lay their bodies down at the altar of the sacred, silent dead, my children can say no.

Drown Proofing, Khaki Shorts. Some Things About Dive School Don’t Change
Letters To My Country That She Will Never Read, Part 3

She Needs a Background Check and a Day Pass to Visit Her Father’s Grave,...
Scroll to top