I wake early—usually 6 a.m.—and brew a pot of coffee before heading down to my dimly lit office in the basement of my Wisconsin home. It’s cold down there in the wintertime, so I flip on a little space heater to keep me warm until the coffee’s done. I sit down and open my laptop and clear my desk of the books and papers from the day before. I open the draft and read it without typing or trying to fix anything. By the time I finish reading an essay, the coffee is ready. I like to drink that first cup in the kitchen while I process the piece. It’s quiet there while my wife and kids are still sleeping. Usually, by the time that first cup is finished, I’m ready to sit down and read the essay again, but this time I start asking questions.

I’ve helped lots of veterans tell their stories. Most make the same mistakes any novice writer does in a first draft, mostly notably that they don’t seem sure of their essay’s purpose. Their first drafts are for them, not for me or anyone else.

Mike Goranson poses for a picture after finishing the Marine Corps Marathon in Washington, D.C. in October 2015.

On this particular fall morning, I am reading an essay by a man named Mike Goranson. I didn’t know much about him at the time, except that he was captain of the Chicago chapter of Team Red, White & Blue (Team RWB) and that he was finally ready—after more than a decade—to tell his story. Before my first cup of coffee that morning I’d already learned quite a bit more about Mike. He’d written about his “Alive Day”—the day he almost died in Iraq—and the difficulties he faced when he got home.

It was November 29, 2004—my birthday, coincidentally—and Mike was a Marine deployed to Ramadi. The rest of his unit was conducting a door-to-door patrol while he and another Marine guarded a T-intersection outside. An insurgent popped out from behind a building and fired off a burst from his AK-47. One of the rounds ricocheted off Mike’s truck and struck him in the ankle, just above the top of his boot. The round burst through the back of his leg, and Mike began bleeding uncontrollably.

Before he bled out, he was able to radio in that he needed to be evacuated. Not long after, another truck came to Mike’s rescue. He doesn’t remember much from the rest of that day, except the Corpsman helping him into the truck and hearing mortars landing near the field hospital as the anesthesia kicked in. After surgery in Iraq to stop the bleeding, he was flown to the American military hospital in Germany for more surgery. From there, he was sent to Walter Reed in Washington, D.C. The doctors told him he was probably going to lose the foot. But like Lt. John J. Dunbar in Dances with Wolves, Mike was determined to keep it, no matter what it took.

He sustained permanent tibial nerve damage. But with his foot still attached and healed enough to transport, Mike was sent back home to Illinois, where he was given a hero’s welcome, complete with a call from the mayor.

All was going relatively well until he flew to San Diego to welcome back the rest of his unit from their deployment. It was then that a buddy told Mike that the other Marine he’d been with the day he’d been hit had told everyone in the unit that Mike had given up on the fight after he was shot, that he had quit.

When I came back to my desk after finishing my first cup of coffee, I wasn’t sure if I could read Mike’s again. It seemed he still had lots of processing to do. His language and tone were defensive, and I had the overwhelming sense that he was searching for more absolution than understanding. He wanted me to believe him—that he hadn’t quit, that no one knows how they’re going to react when they get shot, and that he had done the best he could. My stomach ached in anxiety over what I could possibly say to help him with his story. 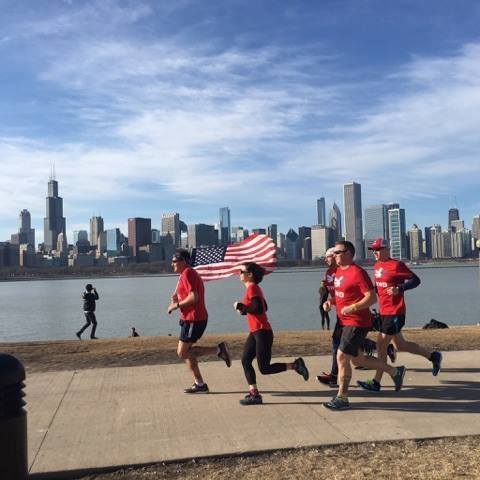 I met Mike for the first time at a Panera in downtown Chicago sometime after that. I arrived at the restaurant before Mike did, hoping that if I got there first, maybe it’d signal to him that I took the meeting seriously, and that I wasn’t just some guy dropping in to doll out life and writing advice like prescription meds at the VA.

I had seen pictures of Mike on Facebook, so I knew what he looked like: dark, short hair; baby face unmarred by a razor; kind eyes; and a sheepish grin. When he arrived, I was surprised by how tall he was. I’m 6’4” and played defensive line in college, but Mike towered over me.

We shook hands, and I introduced myself. I could tell by the way he was looking at me—sizing me up, really—and by the way he was standing—at a diagonal to me—that he was apprehensive. He knew I had read his story, but I hadn’t given him feedback yet. I wanted to talk with him about my first reactions, rather than send them in an email. It was like a first date. I couldn’t help but wonder what he was thinking, and he seemed to be aching to know what I was thinking.

We turned to face the menu board and Mike blurted out, “So, where’d you serve?”

I hate that question. I get it all the time.

I could tell he was disappointed. He nodded his head and looked away, as if to say, Great, this fuckin’ guy. He didn’t say another word, except to order his lunch, until we sat down to eat. 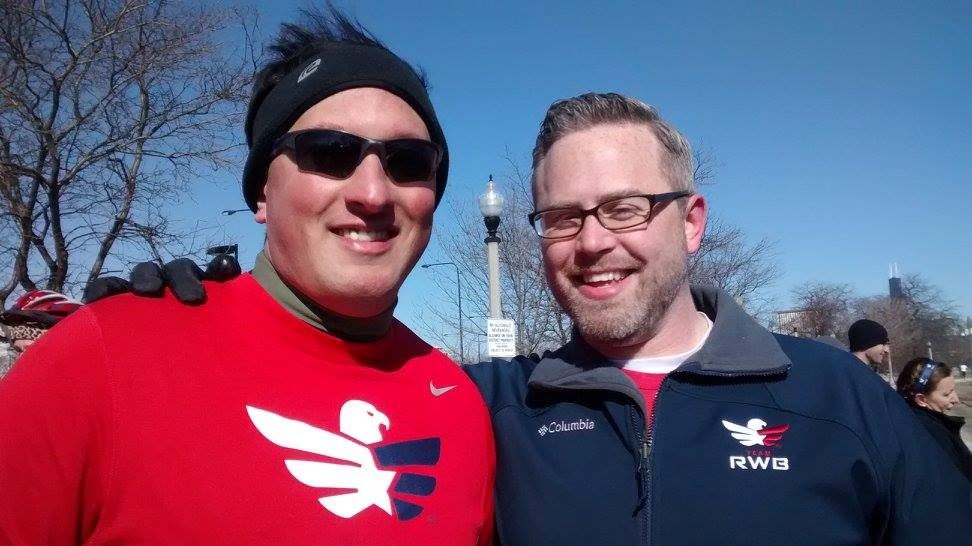 As Mike took the first big bite of his sandwich, I cut straight to the chase: “Take me back to that day,” I told him.

“Nobody really knows how they’re going to react when they get hit,” he said after swallowing his first bite. He told me he had dropped his machine gun in the dirt after scrambling for cover, but that he still had his sidearm. He said he would have died if he hadn’t dropped the gun and called in his injury. He was leaning, elbows on the table that separated us. He didn’t look away as he talked or hang his head. I could feel how badly he wanted me to believe him.

He told me how he felt his heart drop when he heard what some of the other guys had said about thinking he’d quit. “And worst of all,” he continued, “the guy who said that shit died in a motorcycle crash a couple of days later, so I never even got a chance to confront him about what he said.”

Only then did I understand where all the defensiveness was coming from. Mike was still hurting, more than 10 years later. He didn’t want his fellow Marines—anyone, really—to think he was a quitter. He was a good Marine. He had served honorably. He knew that, but it still hurt to think there were people who felt differently.

The problem with the first draft of Mike’s essay was that it was a confession. I don’t mean that he did something wrong and felt the need to be forgiven. It’s more complicated than that. He knew he had done the best he could, but the other guys in his unit didn’t believe that. He told his story not to get me to better understand him, but rather to get me to take his side and to believe that he was the person he thought he was.

His essay made me feel bad for him, even pity him. And that’s not what Mike was looking for. He was in a good place, and he wanted to tell his story so that people could know who he was, what he had been through, and why he does what he does now. 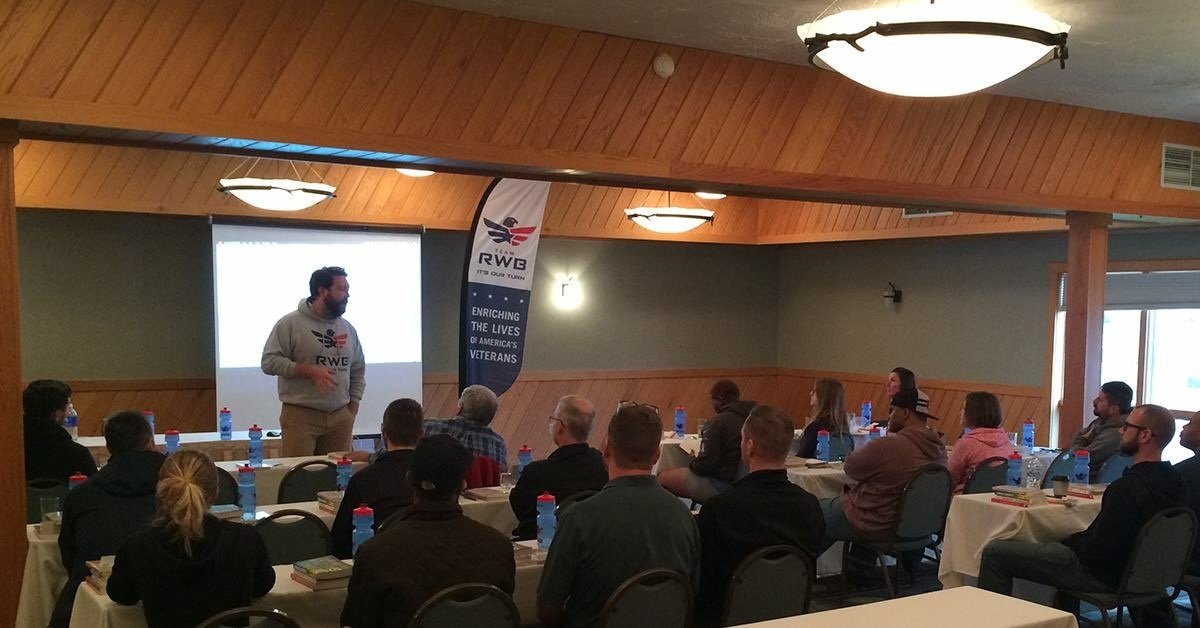 David Chrisinger teaches the art of storytelling to Team RWB leaders in Gaylord, Mich. in May 2016.

Mike answered my questions, and I jotted down his answers in a small notebook I carry with me. The more he talked, the more he seemed to decompress. When we were finished, I ripped out the sheet of paper and gave it to him. “This is your story,” I told him. “No one else’s. Not your friend’s. Not anyone’s. Just yours. Tell the reader what you went through and how you felt. Don’t try to put words in others’ mouths or defend yourself against what they might say. Don’t make excuses or try to defend yourself. Confide in the reader, and they will connect with you on a level you can’t even believe.”

After Team RWB published Mike’s revised essay on their blog, I shared a link to it on Facebook. A good friend of mine, who’s also a civilian, sent me a message to tell me how much she connected with Mike’s words. “I’ve never been in combat or anything,” she wrote, “but I know exactly what it feels like to think I’ve let someone down.”

My friend connected with Mike’s story because it wasn’t about war. It was about simply being human and doing the best you can.

VIDEO: Team RWB interviewed Mike Goran about his service, his Alive Day, and his life after. 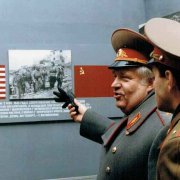 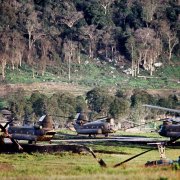 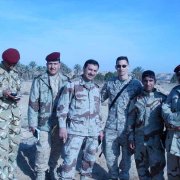 A Presumption of Guilt: The Uncomfortable Identity of a ‘Disabled’ Veteran Who Feels Like an Imposter
Sunflowers and Steel Rain

Learning to Listen on Denali
Scroll to top