“Have you ever killed anyone?”

I understand the curiosity of people who ask. I even respect it a little. The monopoly power of violence, the ability to take life at the behest of the state as directed by elected officials wielding democratic authority, is something our country does not fully contend with today.

But whether they realize it or not, the war that our military fought in Afghanistan was fought in the name of the American public, with their consent, with power granted by the tacit approval of democratic action. What are the gruesome consequences of a democracy deciding that mass killing is justified? It is the citizen’s responsibility to ask and to oversee this power. 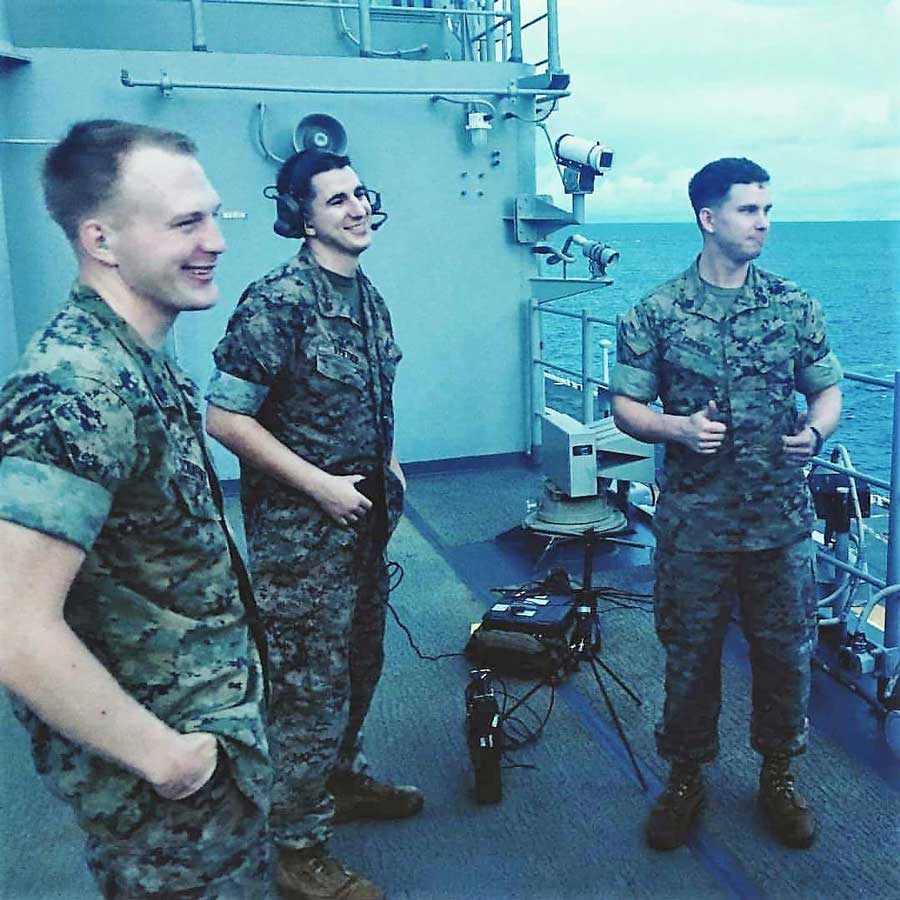 Paul Schaffner, left, and Marines from Radio Battalion Detachment, 31st MEU, chat while deployed aboard the USS Bonhomme Richard in the South China Sea in 2016. Photo courtesy of the author.

But it still makes my heart skip a beat when someone directs the question at me.

I found myself sitting in a Parisian cafe across from another American student drinking a beer. We only knew each other in passing, but a group of mutual friends decided to go out after class. One of them mentioned I had been in the Marine Corps before I moved to Paris for graduate school. My classmate seemed surprised.

“Whoa,” he said, followed breathlessly by, “So have you ever killed anyone?”

Even he didn’t know he was asking it before it came out of his mouth. He caught me off guard. I hadn’t expected to find that question in Paris, of all places.

“Not something you ask someone!” a friend said, as I worked to unfreeze my voice.

But it is something people ask. They ask it all the time.

If someone is being a dick, you shock: “Yeah, I got 12 of those fuckers while I was over there. I only wish I could have gotten more.”

If someone asks about something they don’t understand, you deflect: “You would be surprised how boring war is. Ninety-nine percent of what you do is stand around watching the desert.”

If someone pushes for an answer, you stomp: “Why do you want to know? Do you have some morbid fantasy about being a serial killer or something?”

If someone you know and trust asks, maybe you tell them the truth—if you can admit the truth to yourself.

“No, I have not.” That’s the honest answer for the majority of veterans today. 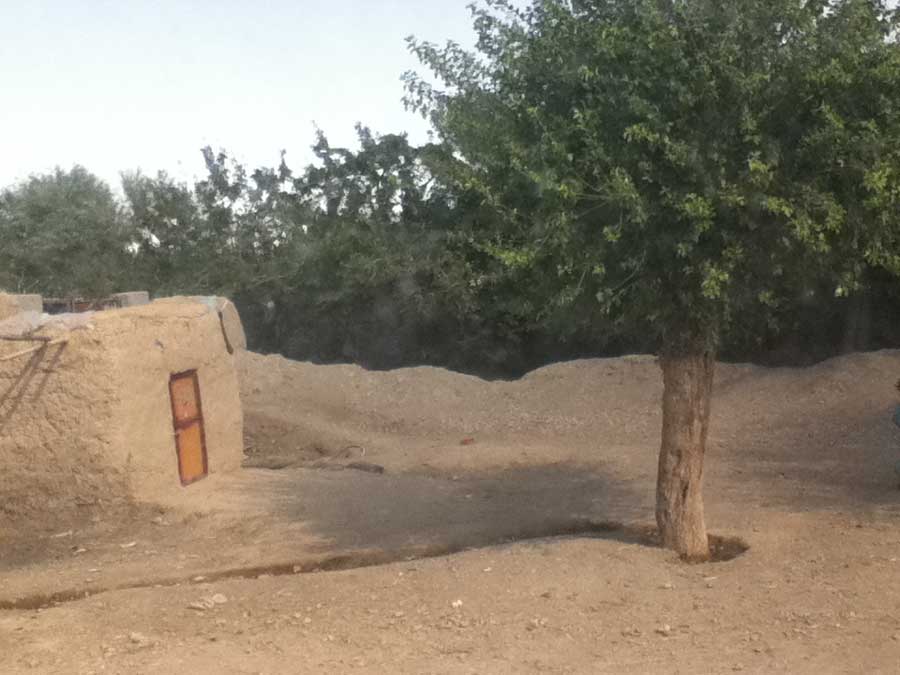 A tree stands in front of a mud house in Musa Qala, Afghanistan, in 2011. Photo courtesy of the author.

I deployed to Afghanistan for 354 days. I experienced regular incoming mortar fire, knew people hit by IEDs, and dealt with fear every day. But I never fired my weapon in anger. I never pulled any triggers, except on the range. I never fought in combat and never killed. And if I am honest with myself, I am a little bit ashamed of that.

When you join the military, there is an implicit understanding that the base nature of your existence is to kill the enemy. Many Marines consider it the pinnacle of their career to receive a Combat Action Ribbon, to be in a firefight. They watch war movies with every “conflicted” lead character who says being in a firefight is the biggest adrenaline rush of their life. They hear it parroted by their superiors when they first join, who themselves parrot it from their superiors and Hollywood movies until combat is mythology. It is part of the hero’s journey, and if you don’t kill for your country, your own story in the Marine Corps is incomplete. So when someone asks, “Have you ever killed anyone?” it hits as, “Were you useful? Were you a good Marine? Did you fulfill your mandate as the appointed hangman of democracy?”

At the same time, even at the direction of democratically elected leaders, killing is repulsive. It marks you as separate, a person at odds with the collective understanding of how to behave in civilized spaces. It’s a catch-22: Either way, you’ve failed.

But it’s critical that civilians—those with the ultimate responsibility for war—understand the answer. And most veterans don’t understand that necessity.

“You weren’t there,” veterans think. “You couldn’t understand.”

But what if the problem is that not enough civilians have asked it? And, when asked, too many of us have shut down and insulated ourselves? Like many OEF veterans who watched the Taliban march into Kabul last summer, my emotions were all over the map. I went from numb to grief-stricken to enraged to shocked and back around. Seeing the images of panicked people on an airport tarmac or hearing Afghans pleading for the world to help them as the Taliban closed in has been almost too much to bear. 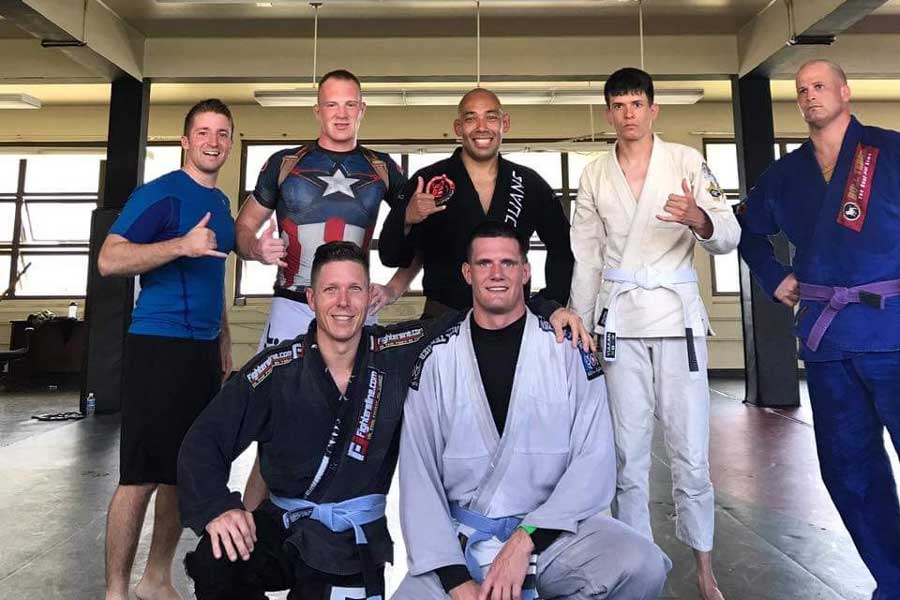 Paul Schaffner, back row, second from the left, and Marines from Marine Corps Base Hawaii’s jiujitsu club training in 2017. Photo courtesy of the author.

“Have you ever killed anyone?”

It was a clear night, I remember, the first time someone asked me that question. I had just returned from Afghanistan a few months prior and some friends asked about it. I obliged, trying to sound like the tough, battle-hardened Marine I wanted to be seen as. A friend’s 16-year-old sister asked the question. My stomach turned. In that instant, the entire facade fell away. I was terrified they would all see me as the awkward, scared 22-year-old kid that I was.

I didn’t. It somehow makes me feel like less than those who did. I never saw a firefight, never watched a buddy’s legs get blown off. I don’t talk about the things I did see because they are not traumatic enough. My career falls short because what is the point of a Marine? My pain isn’t as legitimate as that of those who have been in combat.

And as I watched videos of Taliban fighters beating people on the streets of Kabul, I didn’t get to be heartbroken for all we gave up for them because I didn’t fight or shed blood or face the enemy.

This is what I tell myself.

But it’s not what I feel.

When I think of Afghanistan, before I think of the heat and the desert and before the nightly mortars and standing watch over the Helmand River, I think of a little boy bawling his eyes out surrounded by a squad of Marines.

He wailed and acted terrified. I was at an observation post. Two children herded their goats near the wire, playing a game of chicken to see who could get closest. One of the Marines fired a pen flare at them. In a panic, the goatherders ran, and one of the boys fell into the razor wire, ensnared there until we disentangled him and brought him back to the medic.

As the boy paced back and forth, crying out in Pashto, I asked our interpreter what he was saying.

“He thinks you killed his brother,” the interpreter explained.

It wasn’t until years later that I comprehended the boy’s fears. A boy who was more familiar with Marines shooting bullets at him than he was with simple fireworks. The horror of a small child who believed this man in front of him was willing to kill him and his entire family in cold blood. 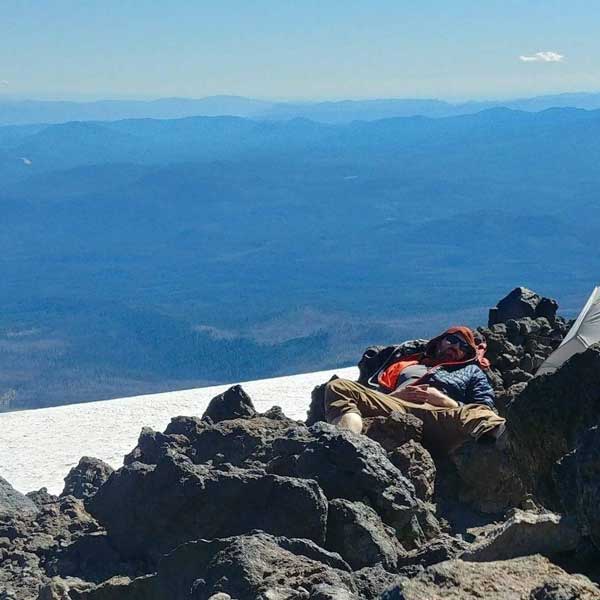 Now, seeing pictures of a Marine holding a small baby in her arms or handing out water to women and children, while heartwarming to some, nearly brings me to tears. Contemplating the enormity of these people’s loss, and my own small part in it, overwhelms me. They flee for their lives with nothing but the clothes on their backs, while we give the lucky ones a drink of water and a fist bump.

A decade ago, driving through a small village, I saw a group of boys gathered in a circle. They must have been eight or nine years old. Two boys stood in the center throwing tiny fists at one another in what I can only surmise was an Afghan version of a schoolyard scuffle. Two kids having a petty fight on the playground, as if everything were normal. As if there weren’t a platoon of heavily armed Americans passing feet away from them. As if it wasn’t the middle of a war zone and there weren’t IED craters in the road next to them.

Those kids lived their entire lives in the midst of a civil war. It was all they had ever known. I can’t help but wonder what happened to them after we left Helmand. What if they met their fate not long after I saw them? Maybe they were killed in the crossfire of some firefight or by an errant artillery round that missed its intended target. Nearly as many civilians were killed in this war as insurgents. And if they were killed, who killed them? The Taliban? The Americans? Did a Marine fire a cannon from a dozen miles away at a target he would never see? Did they use one of the radios I worked on to call it in? Do I bear some level of responsibility?

War is hell. But war is also a giant machine, and every individual just a small cog that can only see the gears turning next to them.

Who pulls the levers of that machine? Politicians in Washington and the officers advising them from the Pentagon who would never stand within 10,000 miles of an insurgent fighter or a crying Afghan boy. The same officers and politicians I heard explaining time and again how we were “turning a corner in Afghanistan.” The very same ones being published in The New York Times saying, “I told you so. We should have stayed the course.” The same officers saying we need more missiles, drones, tanks, etc., etc. More, more, more.

But then you have to ask, who paid for the drones and the tanks? The American taxpayer. Who voted for the politicians? The American citizen. What level of responsibility does the citizen bear in this war?

Maybe it’s a question for all of us: “Have I ever killed anyone?” 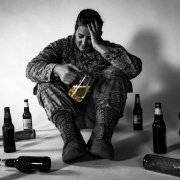 When I Hear a Far-off Boom, I Imagine the Worst
“Come on, You Sons of Bitches, Do You Want to Live Forever?”– A Hero Rises...

“The War Is Over. Cheers.”–Where Do Veterans Land When the Fighting Is...
Scroll to top