Where is the blood?

All my medical training came into focus at that moment. I took off the green T-shirt that covered a gash on Sledd’s neck. It was big and wide, but no blood oozed from it. I looked closer; it didn’t look like an entry wound based on my hospital corpsman training. I remembered learning that exit wounds are four times larger than the entry wound. But a voice in the back of my mind kept nagging me, “Where is the blood?” “Where is the blood?”

I looked over at Simpson, the other Marine in my unit who was shot, his hands shattered with mangled flesh. I thought I should probably take care of him first, but I kept thinking “Where is the blood?” I continued with Sledd, conducting a full body sweep to ensure he was not bleeding from other areas, but it was futile. Then I made a conscious decision to remove his pants with trauma shears to assess his lower extremities. As I cut off his belt and pants, the most blood I had ever seen gushed from his buttocks. 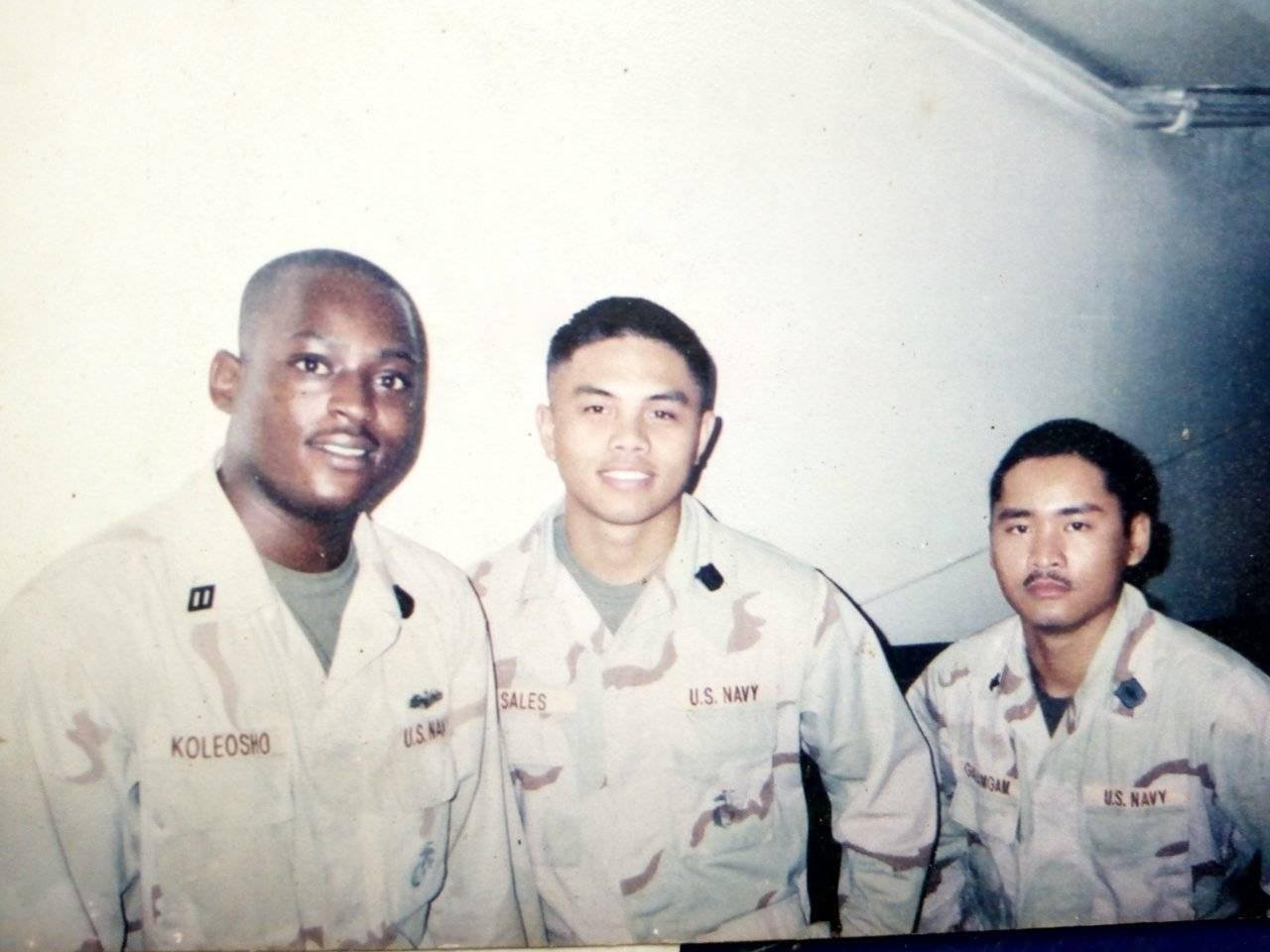 Eureka! I found the blood. Notwithstanding I didn’t recall ever being taught the process of using a tourniquet for a hip or bottom, I improvised and used his torn pants and belt to stop the blood flow, then applied an IV to stabilize him until a medivac helicopter arrived.

We were finishing up six months into our Western Pacific deployment. The 3rd Battalion 1st Marines was stationed on Failaka Island, less than 50 miles from the coast of Kuwait. The island used to be a resort for the wealthy before it was turned into rubble during the Gulf War.

We staged our area close to the beach, setting up tents by platoon, with our backpacks and weapons neatly arranged to maintain unity. Then we relaxed. After we completed our routine training for the morning, I picked up the Tom Clancy novel The Sum of All Fears and read in my tent. In the far distance I could hear the call for Muslim prayer, nearby noises of Marines playing makeshift baseball, and others splashing away in the ocean.

When I heard sporadic gunfire very close by, the first thought that came to my mind was there goes Gunny Eickhoff. He loved to dispose of rounds of unused ammunition. But the sounds became more frequent. I took my eyes away from the book and suddenly saw the face of death. The assailant stepped out of a white SUV, spraying AK-47 bullets from right to left, without any particular target.

I took shelter behind our gear and watched as terror came closer and closer toward me. I ran for cover to the next tent where two Marines from the 2nd Platoon were hiding. I saw the best of the best Marines running for safety in the ocean because there were no other places to hide. My unit was unarmed because we were supposed to be protected by the Kuwaiti police and the Coast Guard. With no weapons, we were almost literally caught with our pants down. I could feel the adrenaline pumping in my heart and the bile in my mouth, thinking this is where it all ends. Then, two Marines from different positions started engaging the attacker.

It never crossed my mind that I would be combat tested on an island as beautiful as Failaka. When I heard the universal call, “Corpsman up” ringing through the air, without hesitation, I picked up my medical bag and dashed in the sand following the directions of Marines pointing to a dry well across from our tents. It felt like eternity running there. I could see and hear the popping sounds of the gunfire all around me, as the rounds landed on the beach. It reminded me of a Rambo movie. Looking up, I finally saw Guzman, a Marine in my platoon, near the well. That’s when I knew I had survived the run through hell.

As an adolescent growing up in slums of Ajegunle, in Lagos, Nigeria, I had seen my fair share of violence. From watching my childhood friend being burned to death for stealing a lady’s bag, to students throwing a teacher in a well in my final year of high school, to me being beaten into a coma for three days by the police in my second year of college. But it was one incident back home that put me on the path to medicine. While I was working for my father to earn money to complete my last two years of college, I witnessed a car run over a boy who was walking back from school. He was about seven years old. I tried to help the kid, so did a few others, but the disaster was catastrophic. As I picked up the little boy, his eyes rolled back, and his guts were hanging outside his body. Realizing I was unable to do anything to assist him, I made the decision that I wanted to help people. I just didn’t know my destiny was right around the corner. 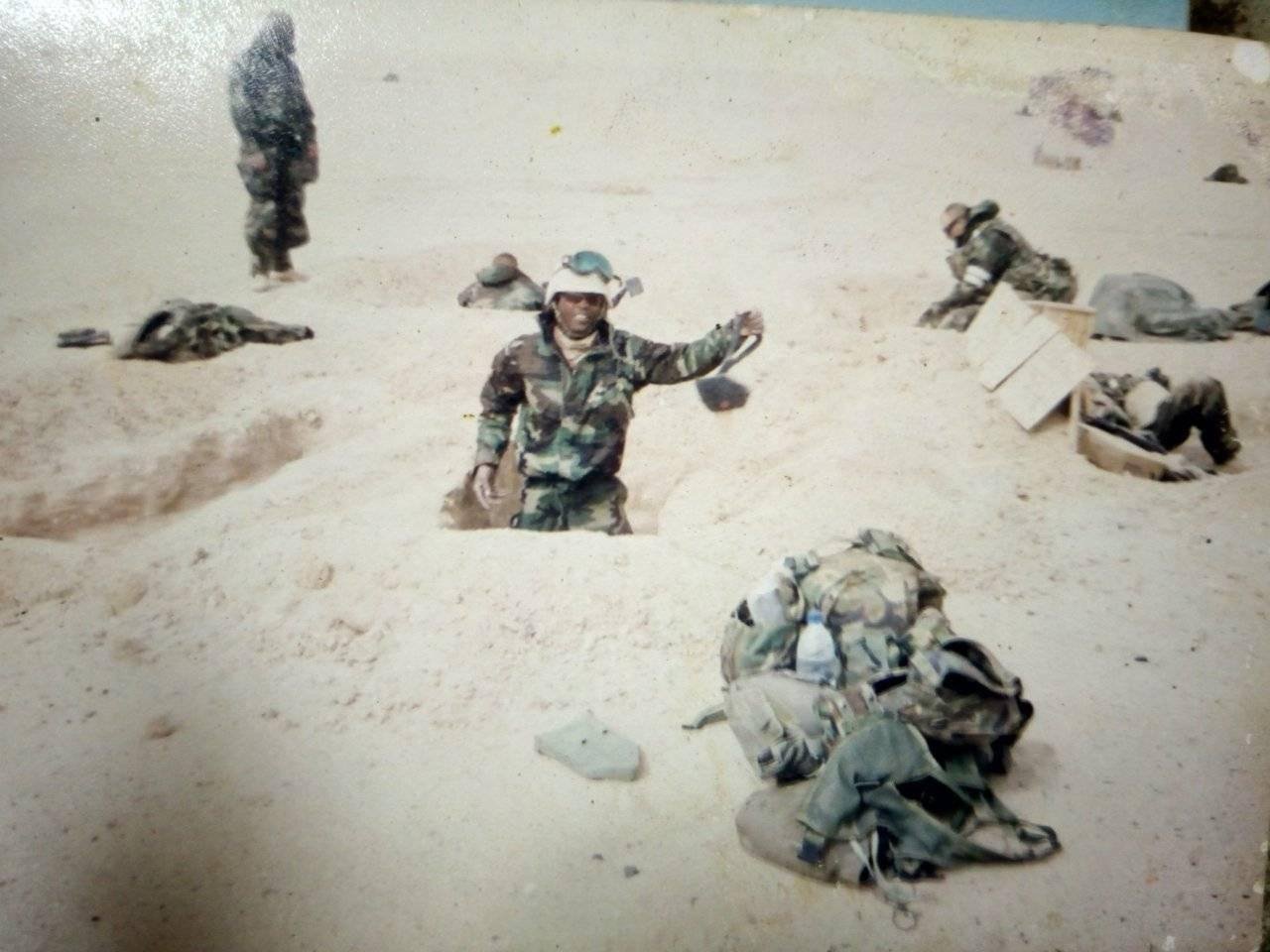 A couple of weeks after the car incident, I received a letter from the United States government that I had won the American Visa Lottery among numerous applicants. The lottery allowed thousands to migrate to the United States annually on a working visa. I actually forgot that I had applied months before, after a friend showed me a newspaper ad about the visa lottery. This is my ticket out of the slum, I thought. It took me another nine months after winning the lottery to finally make it to Orlando, Florida. But after two months without a job, I made the daring decision to join the U.S. Army. Don’t get me wrong; I’m not that brave. I was scared out of my mind, because I had no previous military experience, nor did I know anybody in the armed forces. But I needed to support myself, so I could build a life in the United States.

Without knowing the difference between the military branches, I chose the Navy. I was initially offered a deck seaman job, but I was adamant that I would only join if I were offered a medical job. The recruiter called me at home that same day to offer me a hospital corpsman position that had just become available. During my six months of training at Great Lakes in Illinois, I’ll never forget watching a video of a corpsman working with the Marines. Right then, I knew I’d made the right choice, or maybe I just wanted to have the experience of being called “Doc.” Though it almost didn’t happen. I was 25 and the oldest in my class. It was suggested that I serve as a medic in the U.S. Embassy in London. But I didn’t want to be an attaché. I wanted to serve with the Fleet Marine Force with my classmates, my friends. We had made a pact to stay together.

Then Sledd and Simpson got shot. My decision to take care of Sledd was based on my intuition and not my training. I could have done the right thing and taken care of Simpson, the less-injured Marine who had a severely shattered hand. Months later back in the U.S. I saw Simpson again with his hands newly reconstructed, and he asked me why I did not take care of him first, and that will always stay with me. 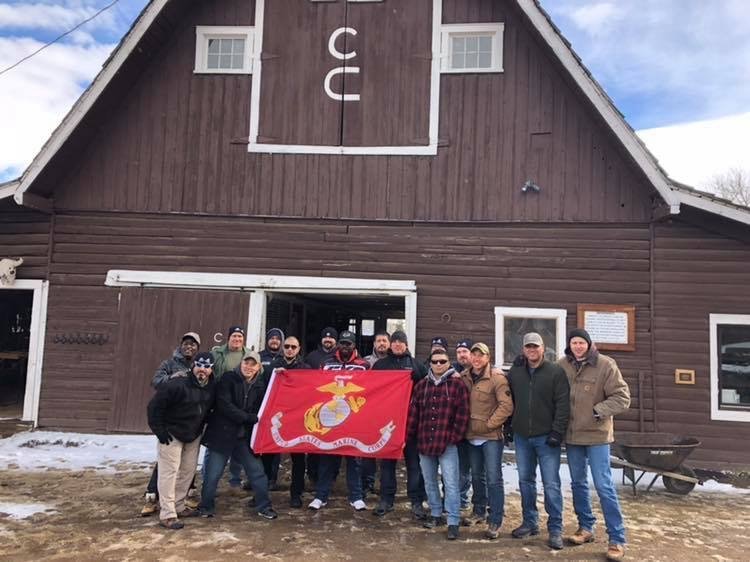 3rd Battalion, 1st Marines at their 15-year reunion in at C Lazy U Ranch in Colorado in 2018. Courtesy Josiah Koleosho.

I understand that Simpson was in pain, but I had to make a decision right then and there on who would get the most attention. Now writing about the incident, I am content to know that my actions helped doctors in the operating room revive Sledd six times before he died. Unfortunately, I did not know the extent of his injury. I was just glad that he was evacuated while still alive. Strapped to the gurney, I kept speaking to him, as if he could hear me, encouraging him that after deployment, we would meet in Florida, where he was also from, and “go party like it’s 1999.” Of course, that didn’t happen.

I was never taught to serve others growing up. My experience in the Navy showed me that I have a passion for caring for others. Now that I’m a husband and father, wherever and whenever I can help someone I simply do it. I volunteer every morning at my kid’s school as a traffic guard to prevent pedestrian accidents, since there’s no one official to do it, and serve as a youth pastor in my local church to help guide younger people, so they stay safe and make good decisions. It does not have to be in a medical setting when I help someone. I just know I don’t take anyone for granted. 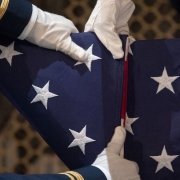 The Military Funeral—”Taps Doesn’t Harden You. It Breaks You.”

“Patriotism Was in”—Enlisting in the Military to Become a U.S. Army Ranger
No Really, How Are You Doing? Asking Important Questions About Military Sui...

Anger Management and the Old Man—”I’m Relieved That I Tossed It A...
Scroll to top