Let me explain myself. I was a soldier and I fought in a war. After my small part ended, I carried the things soldiers bring home with them—duffel bags full of uniforms that no longer fit, notebooks full of memories of people I fought for and against, and medals that mean nothing compared to the people in those notebooks. I carried other things home, things that lingered in the air from pits of burning refuse and bombs dropped a decade or more before. I carried those things in my genes, which ruptured and frayed, and I became very ill. To save me, the doctors fed my veins poison and irradiated my skin, my loins. The price of saving my life was taking yours. That’s why I never met you, never had you. 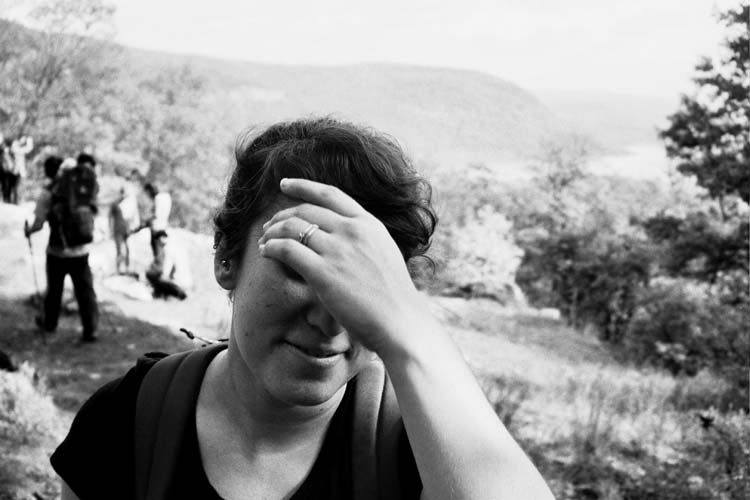 Your mother and I used to wonder what you might look like. You would have loved your mother. She made a whole life out of giving to others, and I know she would have given you everything. She said there was a chance you’d have red hair, through some trick of recessive genes. Your grandmother’s grandmother had hair the color of raw sienna. She was half French, and your grandmother used to say how beautiful she’d been, but illiterate, a pariah for reminding our people we’d been conquered, colonized. I’d hoped you would look more like your mother than me—an elegant nose, wavy hair, and sleepy eyes. I’d have less to offer—a broad flat snout, stiff bristled hair, and a mouth of skewed teeth.

Your mother and I talk about you less now, though I still try to make out the landscape of your character. Her heart is open to other children now—abandoned, donated. With time, mine might open too, but you’re my child, and now that you’re gone I can’t help but linger on you. I imagine you, and I see a woman who bends to no man. You would be kind, giving like your mother. You would be wrathful—my contribution, and one you can’t escape. I have better qualities I hope you’d inherit too. You’d have loved the world, as I do—how autumn sets fire to the trees, the warmth of skin on skin, and the way story leaps out of something so simple as a breath, a tongue. I like to think you’d have become an artist, like I wanted to be. But there was a war to fight, so I became a soldier. These days, a woman can take her rifle to meet the enemy just the same as any man, and I’d fear the wars not yet declared, because fighting is in your blood. My side of the family, we’re fighters, and I fear you’d have become one of us.

I know you might have been, or chosen to become, a son. That too frightens me, not because I’d have less love to give, but because I know my heart well, and I know nothing would make me prouder than to see my son put on yet another uniform. I’d feared fathering a son because I’d want to make you a man, and making a boy into a man is a terrible thing. My wrath would become your wrath, and in time you might cling to it, as I cling to it, a sword that can never be put down, never be broken. If you were a son, I’d want to save you from me. 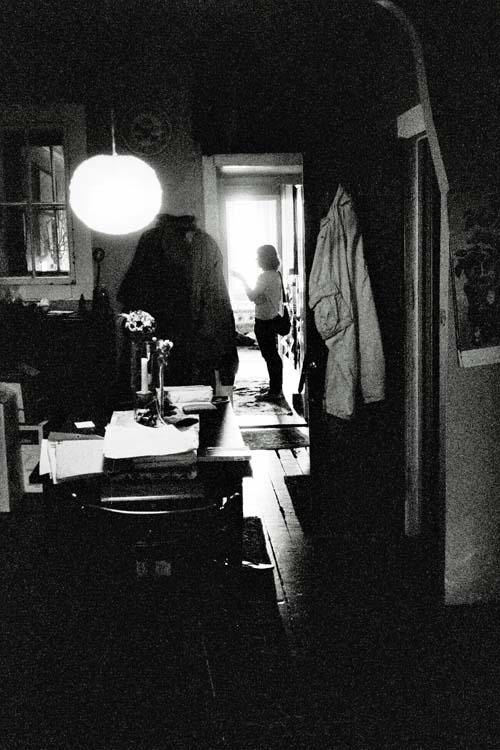 Maybe I’m afraid because my heart, like my father’s, is buried in the past. You’ll find mine in a fallow field in Afghanistan. If you’d been born, you’d never have known your grandfather. He left us to chase after his heart, left behind in Vietnam. Part of me is glad that you’ll never see me as I saw him: those distracted eyes always looking backward, the way his bedroom smelled of defeat, and yes, that inescapable wrath that overtook him when he battered my mother, when he abandoned us. You’ll never have to see me when the past floods back in the summer months, and a backfiring engine hurls me into a rage; or stumbling through the house late at night, a strange smell on my breath; or my distracted eyes always looking backward. Fearful as I’ve been at the prospect of fatherhood, I would have had you. Now I can only imagine who you might have been.

The things I’ll never see—your face for the first time, fresh from the womb and in your mother’s arms. I’ll never see you grow, crawling across wood floors, those first teetering steps. I’ll never hear your first word—mine was applesauce—and I’ll never get to remind you of it constantly, just as your grandmother constantly reminds me. And you’ll miss a wealth of firsts—your first bike ride, your first sleepover, your first dance, your first kiss. Because fighting’s in your blood we’d fight; you’d tell me you hate me, like all teenage daughters do, but don’t worry, this too would pass. I’ll never see you become a woman. You’ll never find your life’s passions; you’ll never feel all of the disappointments, failures, and betrayals that, in the end, make us stronger. You’ll never meet the love of your life or have your own children. I’ll never know how it feels to look at grandchildren and know, no matter how much or little I’ve accomplished, that their presence means I led a good life. I may never know what it means to raise a child, but I know what it means to be a father, because I’ve lost you before I ever knew you.

Sometimes I think I should be thankful you never had to see this world of ours. People are gunned down on the street for the color of their skin, treated like property by powerful men, and told No, we will not take you, we will not grant you refuge here. Our world is cruel; I’ve seen it, taken part in that cruelty. Maybe it’s best you never met me, never learned what I’ve done in the name of empty words like “freedom.” There are days I think that losing you was payment for the man I killed. Even if you’d been born, you’d inherit more than a mouthful of crooked teeth. Who knew you could inherit trauma the same way you inherit freckled skin or colored eyes? Your body would know the dread of B-52s razing the fields and Saigon burning on the horizon and the eyes of a dead man, milky like the pale flesh of oysters. I would have given you fire, and you would have no choice but to accept. This is a woman’s lot in our world, and war, I fear, will always be waged on women’s bodies. And because no one knows how dioxin, depleted uranium, and chemotherapeutic poison might pass between us, were you to be born malformed or blind or crumbling from the inside, would I then be waging war on your body too? 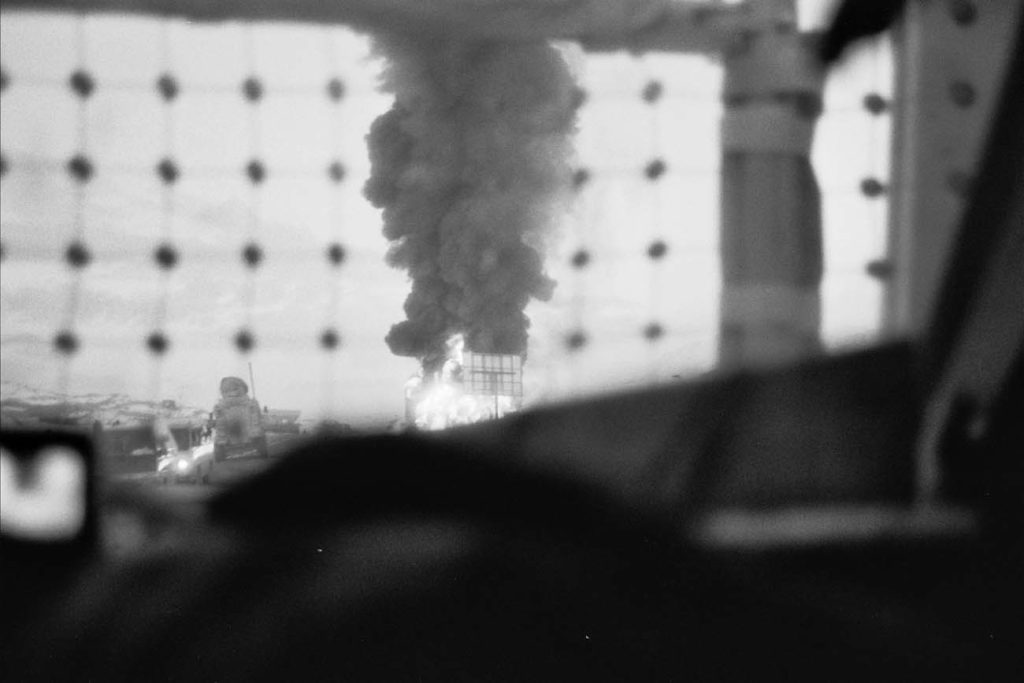 When we talk about war’s costs, we use words like veteran suicide, civilian casualties, and mass migration. We talk about numbers—kill ratios, migrant quotas, rates of suicide. In this way, we make sense of the price. It seems the cost has been negligible enough to let these wars go on for more than 16 years. Where do you belong in the tally of the dead? I think of the empty space you’ve left in me, and I believe there can be only one fitting tribute to this war. I propose an eternal flame in every American town and city. Let them dig pits in the parks and squares; let there be piles of 16 years’ worth of war trash—all the rotting food and lithium batteries and severed limbs and human shit. Let the fire feed off jet fuel, and let the hydrocarbons infiltrate every lung; let the carcinogens assault every gene, and like a biblical plague, let everyone be robbed of their children forevermore, because this is what losing you feels like.

No, you’d say; That isn’t justice, you’d say. You’d say this because you are your mother’s daughter, and you have her giving heart. I imagine your shape in the doorframe, as a little girl, a teenager, a woman. I’d say the things all fathers must say to their daughters—I believe in you, I’m proud of you, I love you. You’d hear me, and walk out that door. Goodbye, I’d say. Like the sword I can’t put down, the wrath to which I cling, and the fallow field where I buried my heart, I have to let you go. Goodbye, I’d say. 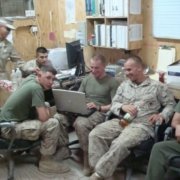 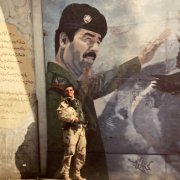 Falling out of love with war: It could never live up to my expectations.
“We Owned the Night”—a Midnight Raid in Iraq With Screaming B...