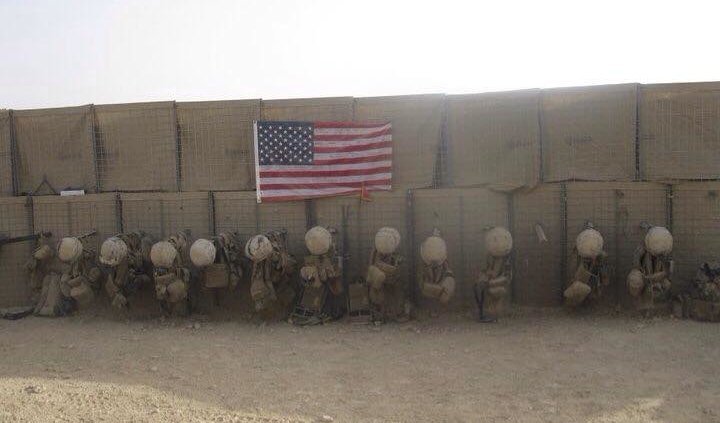 My high school theology class discussed the Crusades until September 10, 2001. It was the beginning of my junior year and I spent the first evenings of the semester wondering what the 1.7 million dead bodies from Byzantine and Seljuk would have looked like. Strewn about or burned in careless piles of expired lives? Left to rot—abandoned for the earth to consume? It was unimaginable. The morning of 9/11 I drove Shirley to school — my 1973 Mercury Cougar — and Mr. Tarpee—our dean and a Marine veteran of Desert Storm—greeted me the same way he had every morning I drove my muscle car, “Try to keep it down today, Mr. Brennan.” I tapped the gas. The eight cylinders of my 351 Cleveland growled back. “Good morning,” I’d say politely out my window. It was a good morning. I was sixteen. Young. Dumb. You know the rest.

We were turning our homework into our theology teacher that morning when the intercom system squawked on. I don’t remember what the voice said. I remember the old Tube TV flickering from black to gray then color. Plumes of dark smoke rose above Manhattan. I was in disbelief. I still struggle to comprehend the significance of that morning—the defining moment of my generation playing out in real time. Looking back, it was the beginning of my wars in Iraq and Afghanistan, even though I didn’t realize it then. It started many of our wars though I could have never known it then. And it’s still the reason many of us are fighting. 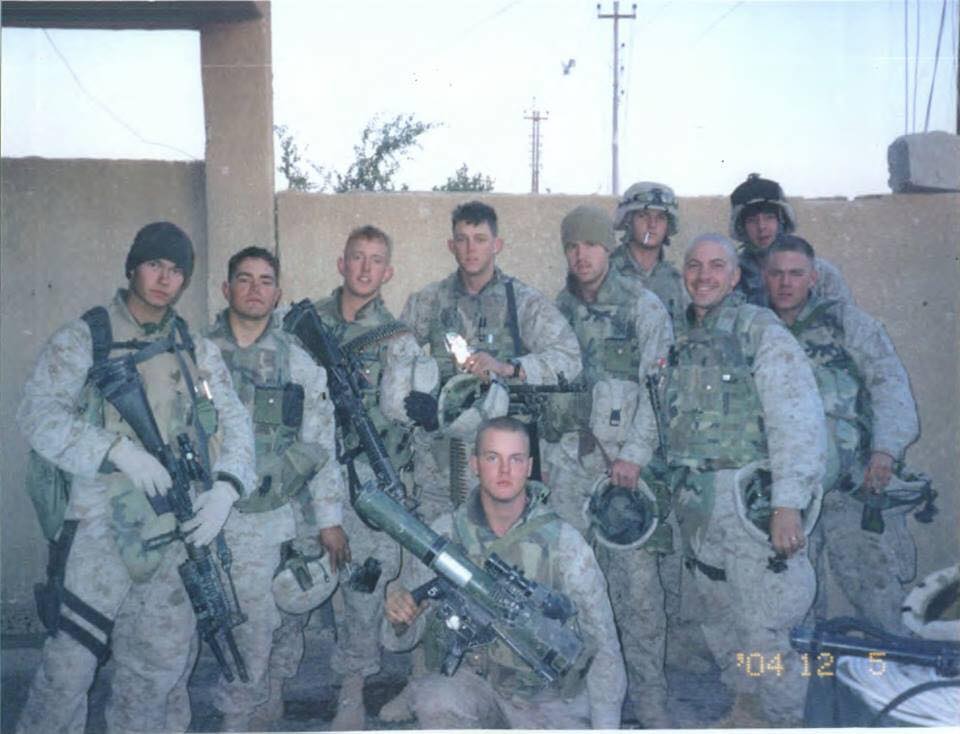 I spent the second anniversary of 9/11 on Parris Island in South Carolina becoming a Marine. My third anniversary: Iraq, weeks before fighting in the Second Battle of Fallujah. My ninth anniversary was spent in Afghanistan. The tenth I reenlisted for my second time. On the thirteenth anniversary I was preparing to be medically retired from the Marines—wounded. Broken. Defeated.

READ MORE
A Presumption of Guilt: The Uncomfortable Identity of a ‘Disabled’ Veteran Who Feels Like an Imposter

I remember that first 9/11 and the months that followed. Rescue workers. Care packages. Vigils and speeches. Love overcame fear. There wasn’t racial inequality at Ground Zero. There were no politics. No gender. Nobody counted the survivors or victims by religion or sexuality. Nineteen hijackers and 2,996 Americans were killed. More than 6,000 other people were wounded. Accountants. Janitors. Lawyers. Civil servants. All sexualities. All races. Everyday Americans.

Every September 11th is my reminder of how widows can overcome loss. How resilient children are after losing a parent. The unwavering sense of community and selflessness—not boisterous national pride—that can bind us together. A reminder of how a smoldering pile of jagged metal, crumbled concrete, and the charred remains of sons and daughters shouldn’t be the only reason for us to work toward our common good. I wish it never happened. America’s response at Ground Zero was beautiful, but we’ve since grown ugly.

For the first few days following September 11th I stopped revving my engine when I pulled into my school’s parking lot. I’d roll past Mr. Tarpee and only wave hello. A few weeks later, as my car idled past him, he tapped on my window and I rolled it down. He said something to the effect of, Let them hear it. We shouldn’t change because of this. I happily obliged. Images from Ground Zero spanned newspapers, magazines, and TV coverage. There was no escaping it. The reality had come and gone, but the weight lingered.

Just over a year later when I last pulled out of that parking lot I left a trail of rubber that wrapped around the street corner, the roar of my engine echoing through nearby maple trees. Today, more high school students will drive where my tires once left those streaks. A new generation. Some still in diapers the day those towers fell. Soon heading off to the same wars we fought before they could even ride a bike. Without the same emotional connection my generation has to that day and those wars. Anxious to patrol many of the same places already stained with American blood.

The same forever war. Always playing out in real time.

Rule No. 1 of U.S. Navy Submarines: Don’t Crash the Submarine
Because This Moment Simply Is

She Swallowed Hard, Shed Some Tears
Scroll to top