Marines learn unspoken rules at boot camp. Never go see the corpsman, lest you be labeled “sick, lame, and lazy.” Don’t piss off an adjutant, or she’ll tell you at top volume and in 12-point Times New Roman precisely where you’ve screwed up. Mind over matter: If you don’t mind, it don’t matter. Ignore what hurts. We see how well that’s working. 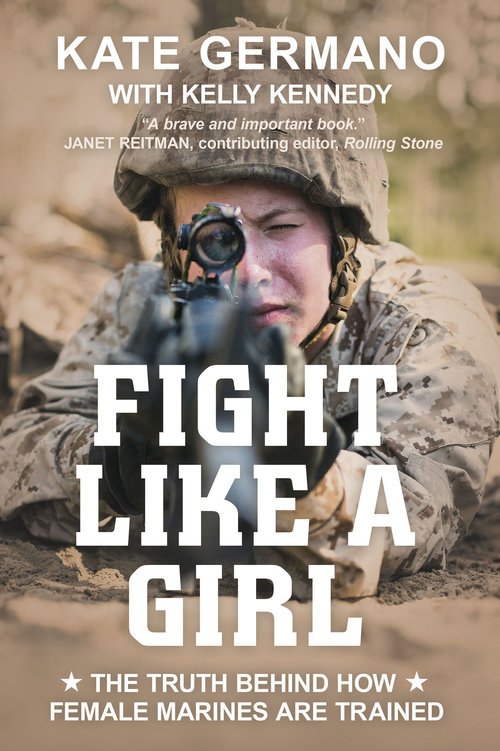 “Fight Like a Girl: The Truth Behind How Female Marines Are Trained,” by Kate Germano, with Kelly Kennedy

With the #MeToo movement and the Marines United nude photo scandal in the background as combat arms occupational specialties open to women, Fight Like a Girl, by retired Lieutenant Colonel Kate Germano (with reporter and Army veteran Kelly Kennedy), makes the case for the reforms the author tried to implement when she commanded the Marines’ all-female Fourth Recruit Recruit Training Battalion at Parris Island, the most gender-segregated boot camp in the U.S. armed forces. While the Army, Air Force, and Navy have integrated men and women side by side at boot camp (with separate sleeping and hygiene facilities) for decades, the Marine Corps keeps Fourth Battalion on its own separate corner of Parris Island.

This book is the first to describe women Marines’ initial training in minute detail. Other full-length books by women veterans have so far been memoirs such as Shoot Like a Girl, Hesitation Kills, Eyes Right, and Love My Rifle More Than You. (A plea to publishers’ marketing departments: Please retire the search-engine-optimized “Like a Girl” franchise! Our stories involve more than just the novelty of our gender!) Germano’s narrative retains the conversational tone of an interview and forms a counterpoint to her 2015 relief from command, in which it was alleged that she created a “hostile, repressive, and unprofessional command climate.”

She came to Fourth Battalion in 2014 after two D.C.-based tours, including one as aide-de-camp to the secretary of the Navy. She’d also won a Recruiting Station of the Year award for turning around the performance of Marine Corps Recruiting Station San Diego, using metrics-based recruit evaluations. Parris Island, she writes in Fight Like a Girl, “almost felt gang-like in how territorial it was.” Her descriptions of drill instructors slapping, pinching, and cursing at recruits make dysfunctional training companies sound like a perpetual Stanford Prison Experiment. She offers pitch-perfect illustrations of hypermasculinity: Male staff assume women bring “drama” and use them as negative examples to berate male recruits. According to a 2014 RAND study, nearly a third of women Marines surveyed were targets of sexual harassment or gender discrimination. Germano, recognizing lower standards for women Marines as institutionalized sexism, advocated for change. But even in the all-female staff of Fourth Battalion, she asserts that women leaders faced a common double bind; they often didn’t help each other or ask for help due to the fear of making women as a whole—only 7 percent of the Marine Corps—look bad. 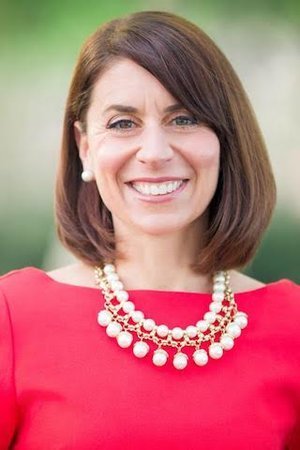 Around the same time as Germano took command, the Marines began a study to integrate women into combat arms units—the Ground Combat Element Integrated Task Force (GCEITF). (I have written about the GCEITF, and I served four years as a Marine Corps officer a decade earlier.) As the GCEITF progressed, Germano submitted an article to the Marine Corps Gazette describing her unit’s marked progress improving female recruits’ rifle qualification scores at Parris Island. As she mentions in the book, the publication scrapped her article when she was fired. With the Corps already under a microscope regarding women’s integration and training, the media swiftly covered her relief in June 2015.

Germano spoke out in The New York Times a month later, offering sections of her paper on performance double standards. In September 2015, the Marine Corps selectively released results from the GCEITF, making it initially look like a failure. Shortly after, the commandant of the Marine Corps requested an exception to former Defense Secretary Ash Carter’s mandate that all occupational specialties be open to women. In Fight Like a Girl, Germano implies that her relief was part of a thinly shrouded plot to keep combat arms occupational specialties closed to women.

The book refutes the Marine Corps’ case against her; nearly every chapter begins with supportive emails from former comrades sent in the wake of her relief. By the third or fourth email, I thought, “Okay! Okay! I believe you!” Whether or not readers find this defensive posture off-putting, the fact that Germano felt the need to protect herself with a chorus of support illustrates an important point: Women leaders are often penalized more than men holding the same positions, especially when women have direct communication and leadership styles. The 2014 RAND study showed that women were 10 times more likely than men to have their competence disparaged because of their gender and eight times more likely to be insulted because of it. Germano writes, “I had to contort my countenance to combat ‘resting bitch face,’” and her directness was often interpreted as “being mean.” To gauge her leadership, her superiors commissioned a command climate survey, which Germano asserts may have been compromised by a handful of subordinates who disliked her making multiple exaggerated, negative submissions. Male leaders, on the other hand, are expected to be direct, even harsh. Germano contrasts her relief with that of Lieutenant Colonel Joshua Kissoon, her former colleague and antagonist, whose firing was announced just after a recruit in his command died. He pled guilty to dereliction of duty, making false official statements, and conduct unbecoming of an officer— far worse crimes. 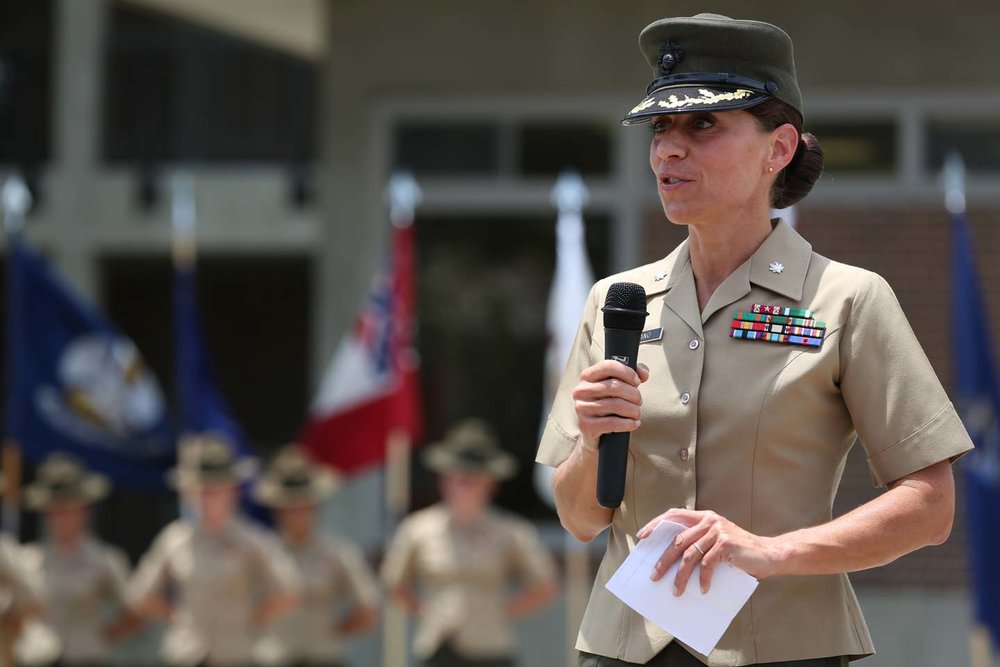 Fight Like A Girl also describes a perfect storm of complicity between a male-dominated culture and the women who have so far survived it. At Parris Island, when Germano pointed out flaws such as systematic understaffing or interpersonal friction within companies, her boss, some male peers, and some female subordinates ostracized her. If the only way to be a “warrior” is to demonstrate physical strength and group loyalty, then women who are not overtly being harassed don’t speak out, continue to get by, and become willfully blind. As a product of this system, recalling jokes I cracked and comments I tolerated 15 years ago, it is incredibly uncomfortable to acknowledge this.

Germano’s husband Joe Plenzler (a retired Marine whose tours include head of the San Diego Drill Instructor School and press secretary for Headquarters Marine Corps) contributes several chapters in the last third of the book. While his voice is entertaining—the story of his and Germano’s early courtship provides welcome hilarity—his chapters underline the book’s defensive tone. The editorial hedge to include a male voice (as if to say, Really bros, she’s cool) highlights Marine culture’s—and our culture at large’s—baseline discomfort with outspoken women.

In tandem chapters, Germano and Plenzler push back against the “go along to get along” style of some senior leaders, who remain bulwarks of misguided tradition in hopes of getting promoted. Plenzler shows how Germano was treated differently from him when they both served in 29 Palms, California, and offers color commentary on negative reactions to her Parris Island work gleaned from his former Pentagon contacts. Germano says her former boss “didn’t want the friction that comes with forcing change.” This treatment of her wasn’t limited to officers; in a heartbreaking line, her otherwise supportive female sergeant major, hoping to quietly earn a retirement pension to support her children, declines to speak out on Germano’s behalf during her relief. Germano assembles these incidents into an insistent case for institutional betrayal. She also admits to contemplating suicide, illustrating the risks of being a high performer suddenly at odds with one’s institution.

She and Kennedy, her co-author, devote many thoroughly absorbing chapters to her efforts to reform training using measured observation and data-driven analysis. To improve drill instructor performance, she implemented deep breathing and yoga, requested (but was denied) extra staff to lessen their sleep deprivation, and rejiggered the duty schedule. For the recruits, she encouraged a growth mindset that focused on learning from failure and overcoming challenges, rather than using pseudoscientific, sexist assumptions to excuse women’s failures on the drill field, rifle range, and obstacle course. She instituted simple fixes such as breaking runners into ability groups, enforcing stretching, and eliminating the mental waffling that comes with the presence of “fainting chairs” in the back of a formation. In coed classes, women recruits could also learn from male drill instructors, who were more likely to have been in ground combat situations and therefore to transmit real-world knowledge of what recruits might face in war. 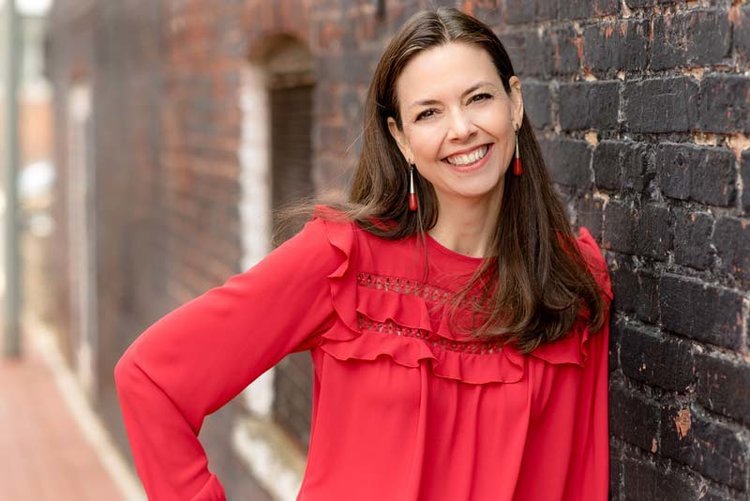 Germano also observes that giving women the exact same training environment as men would require investment in engineering and logistics. Fourth Battalion’s current small barracks, with its own nearby chow hall, beauty salon, and classrooms, artificially limits the number of the women entering the Corps, and female recruits walk narrow paths with their rifles slung instead of marching everywhere with rifles aloft, as the men do. This arrangement made sense half a century ago, when women Marines largely did administrative tasks—they didn’t even shoot rifles in boot camp until 1985. But now, it systematically denies female recruits opportunities to practice drill and build upper body strength. By contrast, at the Corps’ Officer Candidates School and The Basic School, male and female officers have used the same facilities, slept in neighboring barracks rooms, and trained alongside each other for years. Female junior officers report lower rates of gender-based discrimination (though similar rates of sexual harassment) than female junior enlisted. It’s at least an opening for change.

In Fight Like a Girl, Germano outlines useful prescriptions for training female Marines to more fully contribute to national defense, especially now that combat arms occupational specialties are open to them. This is not a literary memoir; on the page, the wounds she suffered during her tour remain raw. Still, this book offers a brutal and necessary view of how attitudes ingrained at Parris Island hurt Marines, and it shows why Corps leadership must pay closer attention to the standards to which both genders are physically and mentally indoctrinated. This book made me deeply uncomfortable, and that’s a good thing. Exposing a flawed training system to air and sunlight is the first step to healing it.

“Patriotism Was in”—Enlisting in the Military to Become a U.S....
Scroll to top