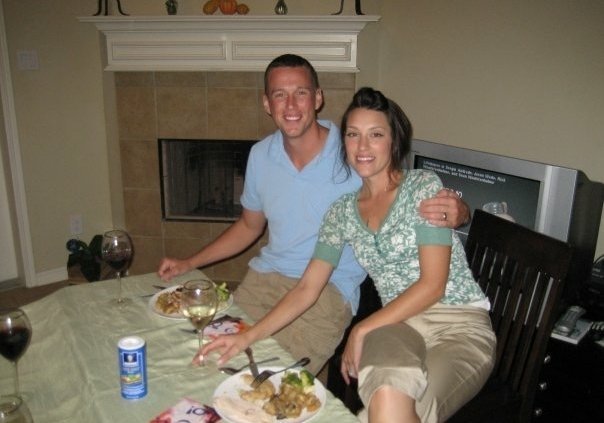 My husband flies the V-22 Osprey. People call it the “widow maker” because of a series of fatal crashes during its production. Historically, though, the Osprey’s proven to be safer than many aircraft, and until recently, I’ve felt lucky it’s what Tom flies. I didn’t worry like my friends whose husbands fly F/A-18s. All the wives know those are the dangerous aircraft. But over the past several years, fatal aviation mishaps have been on the rise regardless of type model series. Now, even the “widow maker” doesn’t feel like it’s safe enough for Tom to be flying.

A few months ago, a KC-130 exploded in the air above Mississippi. Two days before, I’d received a text from one of my best friends, a KC-130 pilot who’d gone through flight training with my husband. She said she was flying out our way with her squadron and she’d see me in a few days. But the day she was supposed to arrive, news reports of a KC-130 crash started coming across my Facebook feed.

I called, but her phone was off. I sent her texts, emails, and private messages on Facebook. I reached out to her mother. I paced the length of my house as more details about the crash emerged. All 16 service members on board were dead. Six from my friend’s squadron. I called my husband at work and asked if he had details about the pilots. He didn’t. Hours passed, and I heard through the rumor mill that neither of the pilots were female. I was relieved. And then I felt guilty for feeling relieved. I went to bed but didn’t sleep much. I kept getting up to check my phone, each time saying a quick prayer before entering my passcode that I’d have a text notification. Each time disappointed when there were no new messages.

READ MORE
Opening The Window And Making Love To The World

The next morning, my friend called me after her command okayed communication. She had been flying the other aircraft in the section with the one that had exploded, and though grieving and in shock, she was alive.

This has become my new normal. It seems like every few weeks there’s another Marine Corps aviation mishap. And each time I hear there’s been one more, I repeat the steps above: 1) Pray it’s not my husband or a friend. 2) Feel guilty for wishing it’s someone else’s loved one. 3) Wait anxiously to hear who was involved. 4) Feel heartbreak or relief depending on whether I knew anyone on board. 5a) If relieved, feel guilty for feeling relief. 5b) If heartbroken, send condolence cards and care packages to the families. Then curl into a ball and cry. A lot. 6) Wait a month—two, if I’m lucky—and repeat.

Worry has become my constant companion. Like a familiar perched quietly on my shoulder, it’s just out of sight, but I can always feel it. There was a time when it wasn’t like this, but something has changed in Marine Corps aviation.

The truth is, I used to worry when Tom deployed to combat. Now I worry when he goes to work.

We have this awful alarm clock next to our bed. It’s tiny, but at night, the light emanating from the numbers on its face is bright enough to cast a strange blue glow throughout the room. I spend hours tossing and turning in that sickly blue light, waiting for that ping, because when Tom flies nights, that ping is the most cherished sound in my world. It is the only thing that lets me relax enough to sleep.

Things I once enjoyed now bring with them a twinge of trepidation. I log on to Facebook with apprehension, because each time there’s a mishap, the news flies around social media at the speed of light, and the rumor mill immediately begins to churn out stories about who and how and why. We all send messages of love and prayers into the ether. We replace our profile pictures with the squadron patch encircled by a black ribbon and donate to the Wingman Foundation, and then we have to move on, until the next one.

My movement tends toward pacing. I have worn a path into the hardwood floor of our home. A small stretch of the hall now has a shinier luster than was once there; my stockinged feet have polished the boards with hundreds and thousands of passes. And those steps are not just for my husband; Marine Corps aviation is a small community, and I worry for all of our friends. A few years ago, after we lost a friend in a routine flight, I thought, something has to give. Somebody is going to fix this. But nothing gave. Nothing has been fixed. And I’ve wondered to myself, what will it take?

Tom hugs me and laughs when I tell him about my fears. He loves his job, and he loves his aircraft. Nothing I say could ever get him to hang up his spurs and get out of the cockpit. Age is the only thing that will do that. So, when he’s flying, I try my best to suppress the anxiety and to trust in his training, his experience, and his maintenance department. They all know what they’re doing, and they all work hard. But the data doesn’t lie. As more and more Marine aviators are crashing and dying, making it through each mission alive feels as though it’s become a crapshoot.

I know what Tom signed up for. We’ve been doing this for more than 15 years—he’s been doing it for 17—and any romantic notions I had about his career as a Marine succumbed to cold, hard reality many years ago. But with an unyielding operational tempo and flight hours at an all-time low, I’ve started to wonder if these squadrons are going to get the resources they need to be successful and reasonably safe. I’ve started to wonder if the spouses and families of these aviators are the only ones who care. Something has to give. They’re not just data points on a graph; they’re people I know, people I care about. They’re not just another tragic news story to follow and then move on from. My husband and my friends are not expendable. Not to me anyway.

“It Is Cancer”—Reflecting on My Husband’s Diagnosis After Going to War
Rule No. 1 of U.S. Navy Submarines: Don’t Crash the Submarine