When off duty at FOB Marez in 2006, I often went to a coffee shop across from the chow hall. A young Turk served coffee to another officer, two enlisted men, and me before sitting down with us at a green plastic table and smoking our American cigarettes. To the north, the city of Mosul blinked periodically, but otherwise appeared peaceful.

One night one of the enlisted men told us about the time he’d slept with a farmer’s wife. The farmer caught the soldier and wife, and chased the naked, freckled, soon-to-be U.S. Army sergeant through an alfalfa field. There was no gun. Thank God. Only a hatchet. The sergeant showed us a pink scar that ran along his freckled calf all the way up to the soft spot in the back of the knee.

“What happened to his wife?” I asked.

“Who knows?” the sergeant asked, unrolling his pant leg back over his boot. 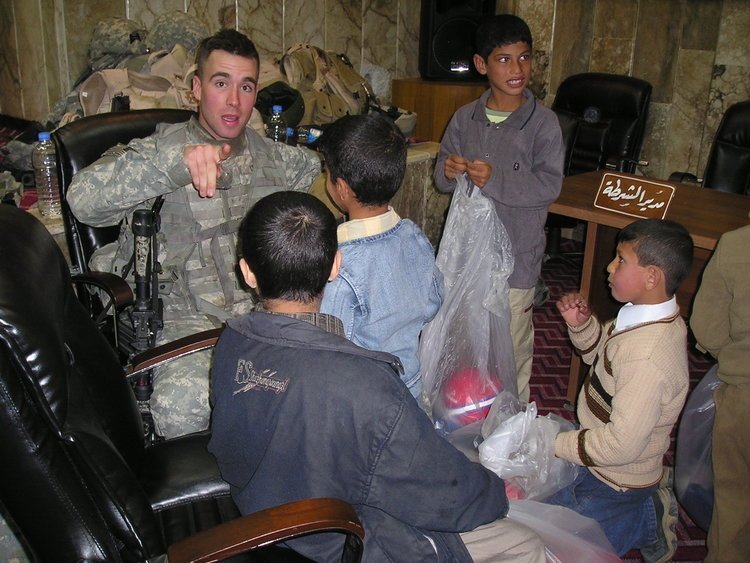 The author, Michael Carson, hands out soccer balls to children in Mosul and tries to coax the boys to look at the camera. Courtesy of Michael Carson

Later that night, my company commander complained about my coffee-shop sessions. His arms were crossed against his chest, over his holstered chest pistol, in a relaxed way that said, Look, non-chest-pistol-havers, I have a chest pistol.

“I knew a girl who talked philosophy once, Mike,” he said.

I thought he was going to say something else. But this seemed to be the entire story.

READ MORE
You Have Not Seen The Last Of These Marines

He adjusted his chest pistol significantly. I shouldered my M-4 significantly. Because why was I there, in Mosul, if I did not believe in the significance of my M-4? Unfortunately, the rifle slipped and clattered on the duckboards. I picked it up with dignity.

“Look, Mike,” the Captain said. He put his hand on my shoulder. Looked me in the eye. “At a certain point you have to stop talking and get to work.”

Now I teach high school English. Last year I attempted Socratic seminars. I imagined that I would gather the eager young learners around my desk, and that we would ask questions like we did at the Turk’s coffee shop. I pictured Dead Poets Society. But with more diversity and a less depressing ending. The smart girl asked for a rubric. It’s philosophical, I explained. There is no rubric.

The day of the first Socratic seminar:

We sit. Stare at each other for 30 seconds. A few students check their phones in case they’ve missed any texts since they sat down.

“Do you have any questions?” I ask. 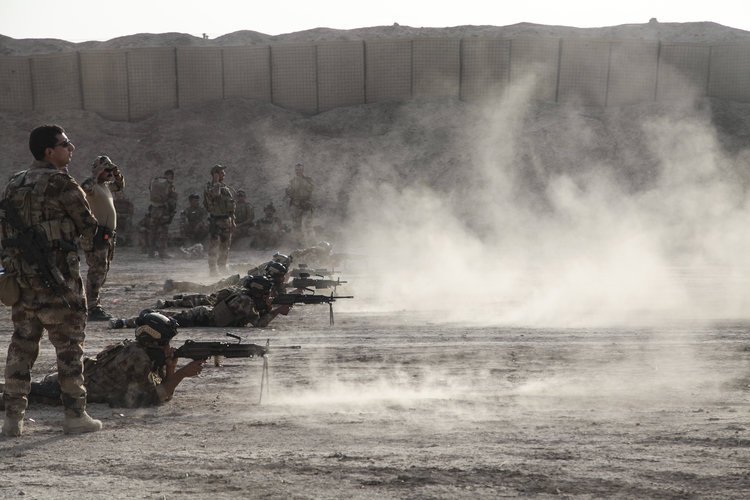 “When’s the last time a philosopher made a billion dollars?” he asks.

I say nothing. This is a rhetorical question.

“It’s important to ask questions,” I say. “Like Socrates.”

They do not ask who Socrates is. I tell them the Athenian democracy killed Socrates for asking too many questions. They look up from their phones.

“Killed him killed him?” they ask.

There’s a long pause during which they debate the appropriate amount of time they have to wait before checking their phones again. I take advantage of the pause. This, in the business, is what we call “a teaching moment.”

We are in a building. But I swear I hear crickets.

“I just live my life and whatever happens happens,” a boy says.

“Maybe this is true,” I say, attempting Socratic irony. “Epicurus, a philosopher, said something similar. What do you think of what Epicurus said?”

I say the Socratic seminar is over. We are going to write an essay instead.

A week after our talk, the captain ordered me to evacuate a Mosul neighborhood. Someone, he explained, was making IEDs there. Therefore we were going to destroy every house in the area with bombs. This is what we call in the military business “a show of force.” Think of the broken-window theory for urban crime deterrence. Then think of the exact opposite: Destruction will bring change.

“Why do we have to go?” asked an Iraqi civilian 30 minutes before the planes dropped bombs.

“What a stupid question,” I said to the interpreter. “Because you sit around and do nothing when bad people do bad things.”

“Because you sit around and do nothing when bad people do bad things,” the interpreter told him in Arabic. 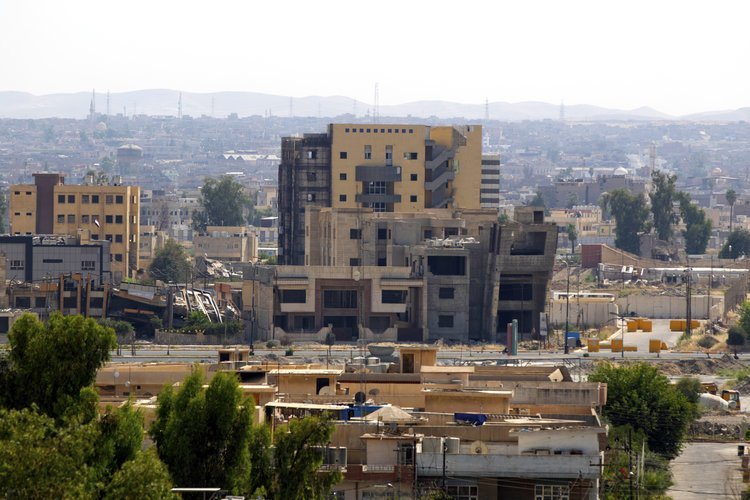 Later that night, at the coffee shop, I asked if Marx was right about history. If the first time is tragedy and the second farce, what about the third time? Does the third time become tragedy again? Or some kind of super-mutant farce? Or is it really tragedy the first, second, and third times? And if it’s always going to be a tragedy, why do anything? No one said anything. They knew it was a rhetorical question. I lit another cigarette. I was glad my noncommissioned officer had forced that Iraqi man to leave the neighborhood before we blew it up. I had saved one life. This was good. Not Mother Teresa-good. But kinda-good.

“I never got a chest pistol,” I said. 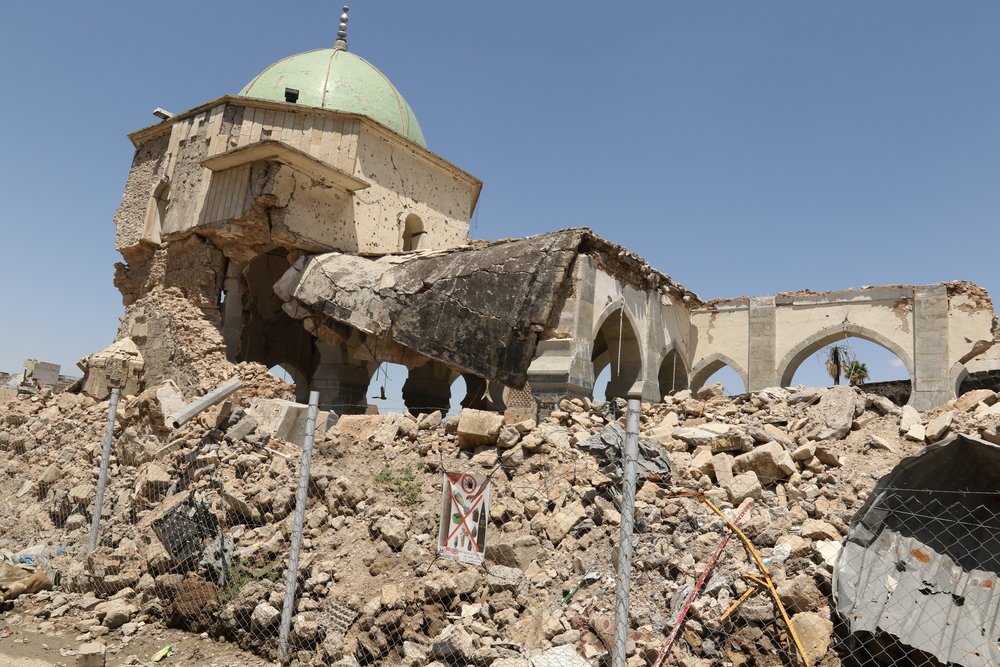 A month later we are still writing about questions. A student asks if he’s written enough. I tell him no. The bell hasn’t rung. Keep writing.

Everyone’s phone lights up. Another school shooting. The attacked school is not far from my school. It’s in the same neighborhood. So to speak. So we’re famous. So to speak. The students stop writing. One student raises his hand. He starts to say something about the shooting.

Their phones ding. I read the headlines on my phone. The number of dead children is unknown. So is the cause. Reporters speculate about the shooter’s politics. They publish screenshots of posts from his Facebook feed. They say that this is the face of evil.

The smart girl raises her hand.

Politicians say enough is enough. They are sick and tired of violence. They want to defend America’s youth. Some want to arm teachers, to give us all pistols. Even English teachers.

“Did you see what happened?” the smart girl asks.

I decide I’m tired of pistols. Chest pistols and otherwise.

“Why did this have to happen?” the smart girl asks.

“Because it happens,” I say.

I want to move my hands like a magician after a lame card trick.

“You don’t have to feel bad if it had to happen,” I want to say.

But I don’t say anything.

They all stare at me now. No one is writing. They look like baby birds.

The smart girl gives me a funny look. But she gets back to work. We all do. 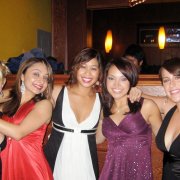 Firefly Friends Guided Me out of the Darkness of Formidable Loss

Your Kidneys Are Failing and Your Doctor Has Just Deployed. Now What?
The Son of Refugees Reflects on How to Lose a U.S-led War