At the morning meeting at work we were discussing the results of the informal employee stress survey the Colonel had sent around. The hospital wanted to know how people felt about treating their patients’ war injuries, on a scale of 0 to 10. Somehow I never got this survey, and I briefly became suspicious. Did I seem disturbed? I considered this when I got home that night and then flipped back to the “shock and strut assembly” section of my Ford’s repair manual.

I was a physical therapist at Walter Reed Army Medical Center, a job I kept saying I was going to leave because of the stress, the lack of parking, the crazy hours. But now I was heading into my fifth year, and the real world seemed to exist only on the distant periphery of my mind. 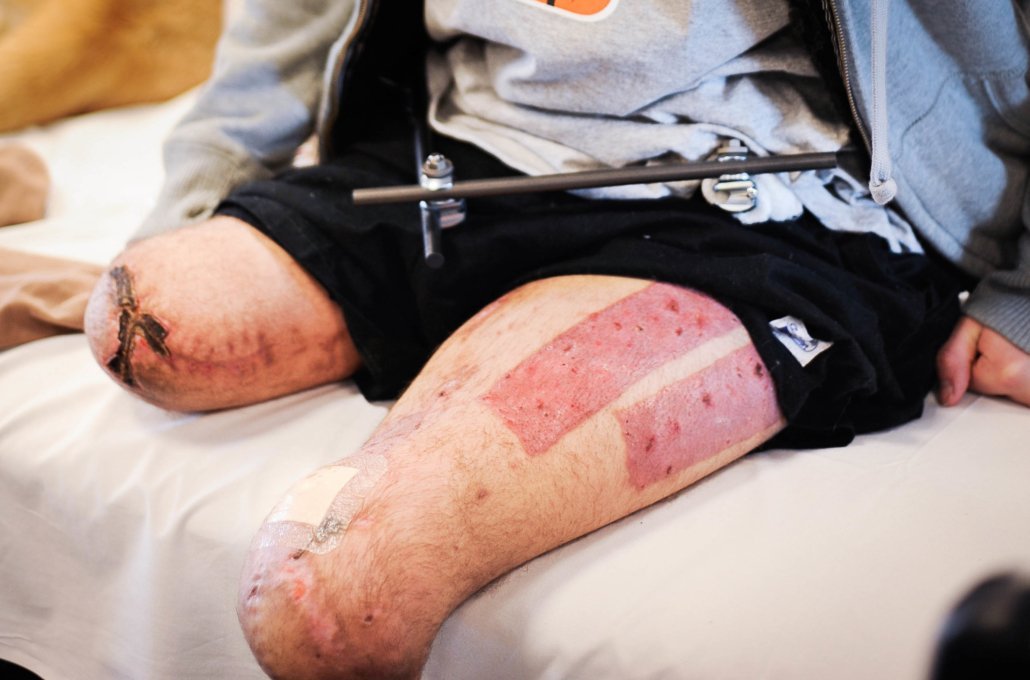 In the evenings, to get my thoughts off of work, I busied myself with repair projects. Things I could fix, because at Walter Reed, with blast injuries, amputations, and traumatic brain injuries, no one ever got 100 percent better.

READ MORE
The Army She Knew Wasn’t Orderly or Disciplined. It Was Filled With Messy Humanity

The amputee section, where I worked, was fast-paced. We had a system and a simple goal—to get soldiers walking. There, surrounded by an avalanche of prosthetic limbs and a roomful of new combat amputees, I immersed myself in the technical aspects of strength, balance and endurance training, and skipped over the emotional aspects—even though they were all around me in the tangible grief of limb loss.

Sticking to what I could control made me good at my job. 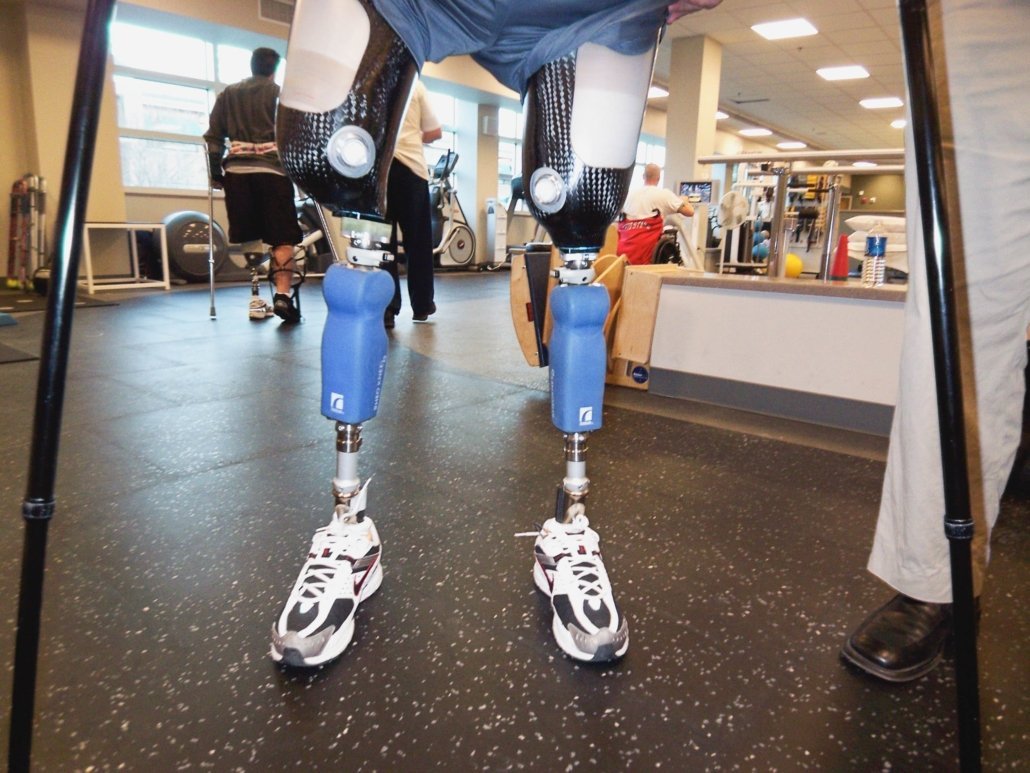 But one morning I got pulled out of the amputee section to cover some of the newly hospitalized inpatients. There, on the neurology floor, I was assigned a soldier who was wearing a padded helmet because of a head injury. His damaged brain made his legs scissor involuntarily. While I tried to stretch out his twisted legs my mind drifted back to my 1991 Mustang and I wondered if I should try to replace the water pump myself, or take it into the garage.

I liked this guy, though. He couldn’t talk, but he had a half smile on his face, which made him seem pleasant and cheerful. When I helped him out of bed to walk, he reflexively draped one arm over my shoulders, as if we were good friends. 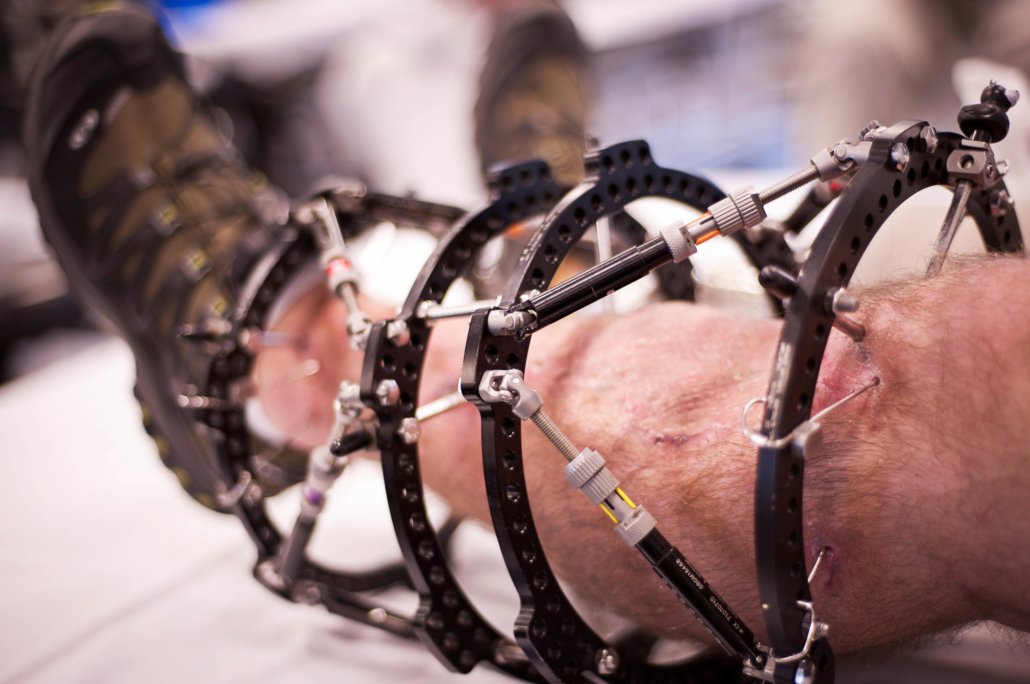 Before I left his room, I got him back into bed and pulled the sheet up. And then, because I thought it would make him more comfortable, I took off his helmet. Which was when I saw that where the right half of his brain used to sit was just a sunken cavity. It was deep. His skull had been removed, as well as the brain tissue, and the scalp hung down into the empty space like a hammock. I steadied myself on the side of his bed and thought, “I need to replace the power steering fluid return hoses on my car this weekend.”

The man with half a head had a wife and two sweet little children. The children were playing on the floor of his hospital room while his wife looked out the window. She didn’t say anything when I rearranged his pillow, or even when I left the room. 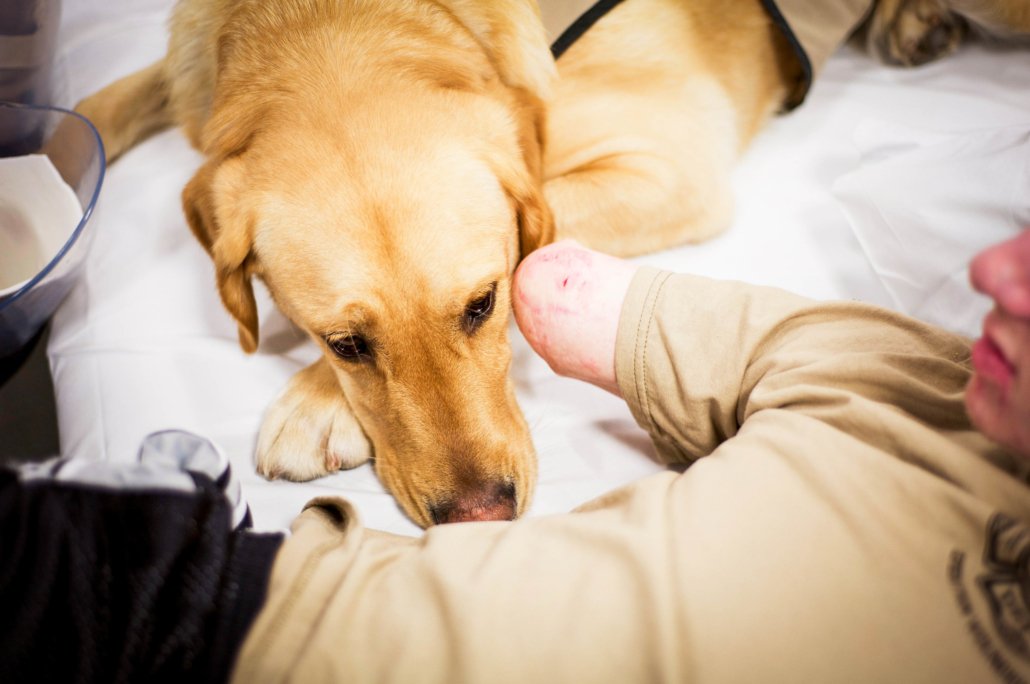 That day when I got home from work I walked right into the bathroom and started washing my hands and arms up to the elbow with a block of Irish Spring deodorant soap. I always felt like I could never get the smell of the hospital off of my skin. I changed my clothes and then washed my arms again.

Deep in the trenches of humanity I saw things they never prepared me for in school. I could Ace-wrap a stump as fast as any other physical therapist on staff. But I didn’t know what to say to that man’s wife who was standing practically comatose in the back of the room.

For this particular auto repair job I’d gone out and bought new jack stands. I’d already replaced the rear shock absorbers—highly paranoid that the entire car was going to fall down and crush me. I remembered Tracy sitting in the front seat of my car. She had been cheerful and talkative. Her window was down, and she seemed to be enjoying the wind on her face and the bone crashing sensation every time my car hit a bump. 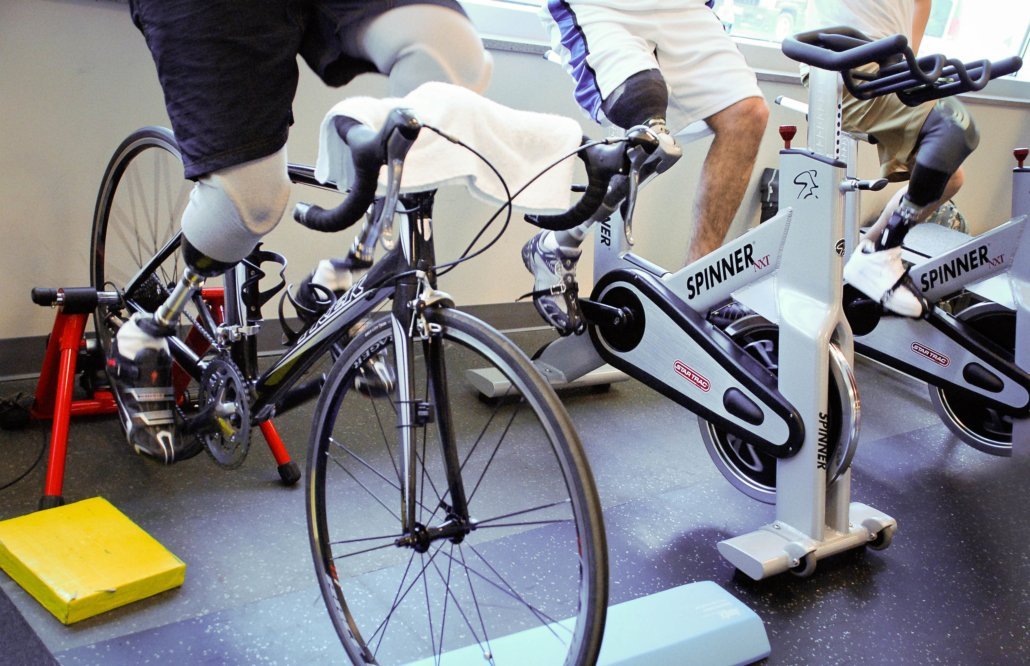 But Tracy was another one of those topics I would not allow myself to think about. I quickly consulted the manual—I needed a special Torx tool to get the front brake caliper off before I replaced the front shocks.

What I really needed was a manual for my own life. I was perfectly normal, cheerful and upbeat when I was at work, tending to the task at hand. But off work, I couldn’t seem to be present for anyone. Most of the people I dated picked up on it immediately.

I’d gone to see a therapist once about my inability to feel anything and she gave me a pamphlet with a group of faces in it. It was similar to the pain scales taped to the wall above each patient’s bed, showing cartoon faces in varying degrees of discomfort above the numbers 0 to 10. In the pamphlet, though, the pain scale was replaced by a word describing the emotion that the particular face was feeling—disappointed, proud, angry, happy, anxious… I was supposed to consult the pamphlet throughout the day and try to identify what I was feeling.

I liked the idea of the emotions manual, but the problem was I never seemed to feel anything. I was just running on permanent autopilot. 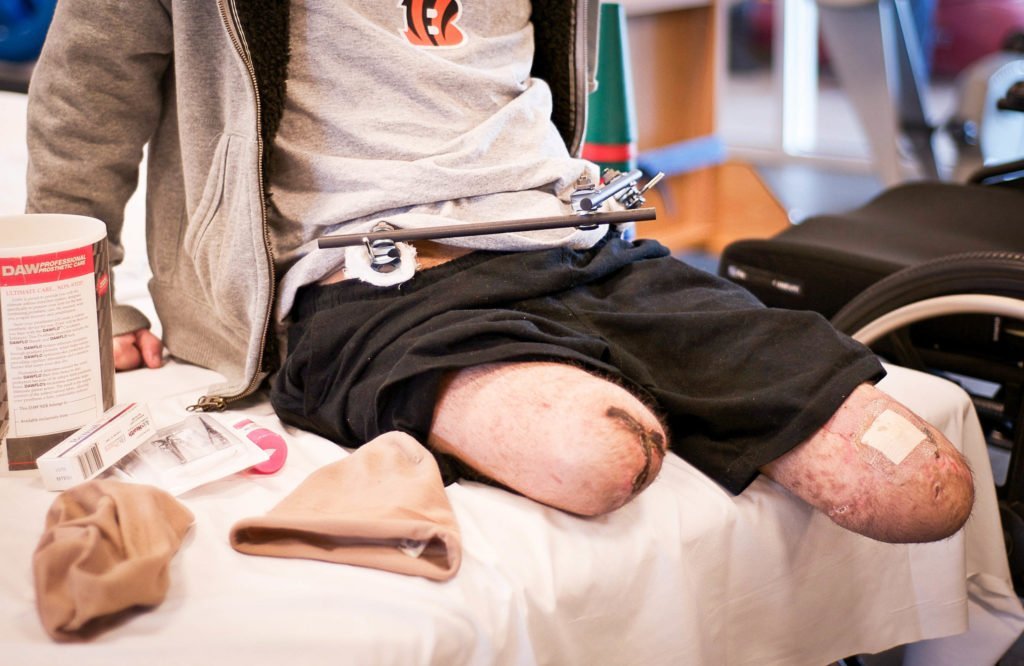 Tracy had been one of those silent, heart-pounding crushes. I’d admired her from afar for years—before surprising myself by hooking up with her one time after a party fueled entirely by alcohol-induced bravado. And then I spent so much time obsessing about how to call and ask her out again that I just never ended up calling. Instead, I retreated back into the sea of debris at work, surrounded by IV poles and soldiers walking stiffly on metal legs. Tracy had left me two messages and then started dating someone else. 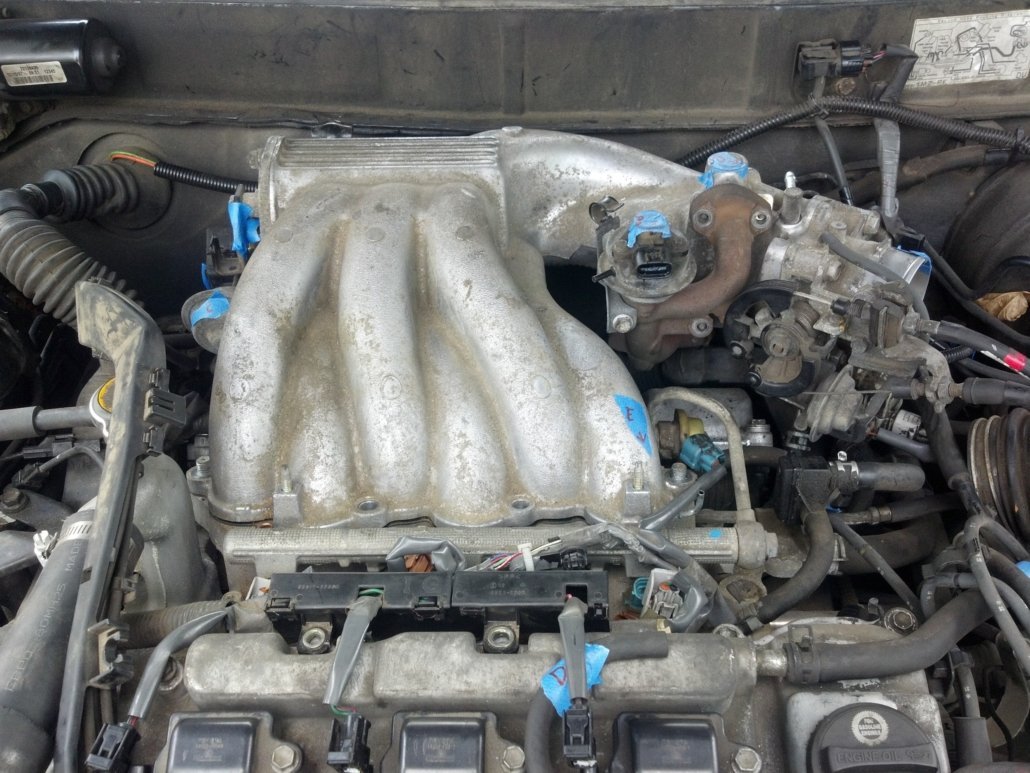 I lifted up the hood of my car and for a second was briefly overwhelmed by the rusty mess. Why couldn’t I have just called her?

I slid underneath my car and looked up at the front axle. Involuntarily I began thinking about the man with half of a head and felt my pulse quicken and my chest tighten. I breathed in the thick smell of oil and gasoline.

I thought about him absentmindedly rubbing his scalp after I took his helmet off. How he hadn’t appeared particularly perturbed at the loss of the right half of his brain and skull. I thought about the years I’d spent completely single. And then for a brief moment I thought, very clearly, I need to find a new job.

Underneath my car I could hear my neighbors parking their cars around me, talking on their cell phones, slamming their doors. I stayed down there, not moving. Nothing was fixed. Not him. Not me. Not my car. It started to get dark, and then cold. I crawled back out and walked up the stairs to my apartment. I knew I wasn’t going to be leaving Walter Reed any time soon. I went into the bathroom, picked up the bar of soap and started washing my hands and my arms up to the elbow.

A War That Began As Children
Scroll to top