We took a knee on a ridge above a village watching the gun trucks advance below. The platoon radio operator called in air support. As I knelt next to my squad leader and another team leader, I began to think about college.

“So, college is free if you have a CAR?” I asked, glancing over my shoulder to look at the Marines in my fire team, who were spread out in their security positions as rounds cracked around us. Someone confirmed this is indeed a benefit of the Combat Action Ribbon. “And to get a CAR, you have to shoot back?” This was also confirmed.

I took a seated firing position and wrapped my rifle sling around my arm just like I had been taught at Parris Island. After putting the rifle to my shoulder, I took a breath, aligned the sights, flipped the rifle off safe, and applied a slow, steady squeeze to the trigger as I exhaled. After the round propelled across the scene in front of us and I flipped the safety back on, I took a knee. 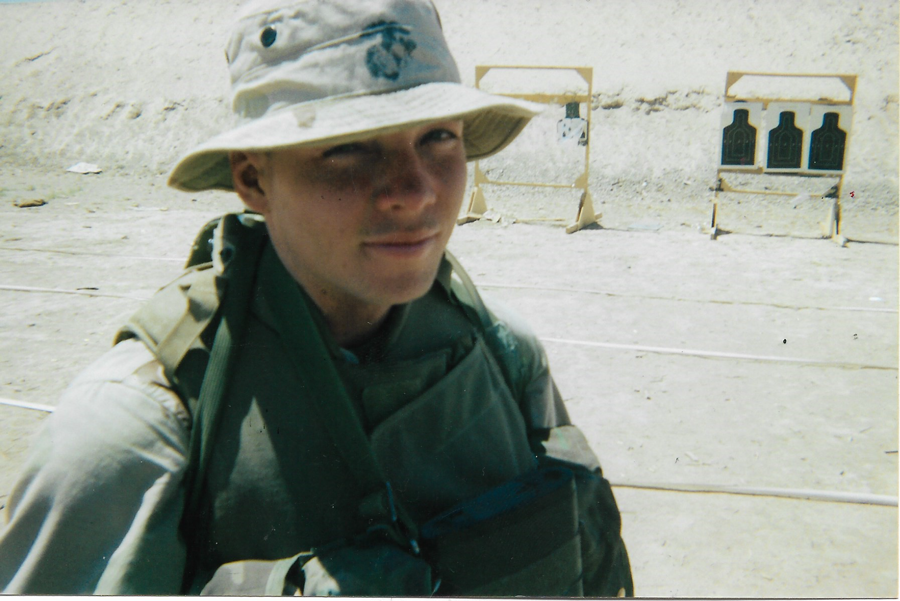 Steve Wahle’s 21st birthday at a range outside Kandahar, Afghanistan, in 2004. Photo courtesy of the author.

I was barely 21 the first time someone shot at me, and it did not feel like what I thought war would feel like.

It amazed me that the war still raged by the time I got to Afghanistan in 2004. Saddam Hussein had been captured a few months before my first ambush. What were we doing in Afghanistan? We were supposed to be in the Mediterranean checking off a list of liberty ports.

The war had other plans. Our Marine Expeditionary Unit had been diverted to Kandahar, and we were going to hunt down Osama Bin Laden because that is why the United States had gone to Afghanistan.

READ MORE
"What Had We Done to Jeffery?”–Marine Relives Role in Hazing

When my mom called me on Sept. 11, I had been hungover and still in bed.

“They blew up the World Trade Center!” she said.

Not understanding what was happening, I told her she was mistaken, and then I turned on the TV. I watched the second plane hit and knew it was a significant event. I figured we were going to war. Because I was between basic training and infantry school, I was back home and had plans to meet with my recruiter that day.

As I walked out the door, in my uniform, the recruiter called.

“Don’t wear a uniform and don’t tell anyone you’re a Marine!”

What the fuck? I had just finished basic training and had earned the privilege of strutting around in a uniform conveying my superiority. We were Marines and we were going to war. Why would I lay low at a time like this? I was an idiot and he was a sergeant, so I changed and sped to the recruiting office. 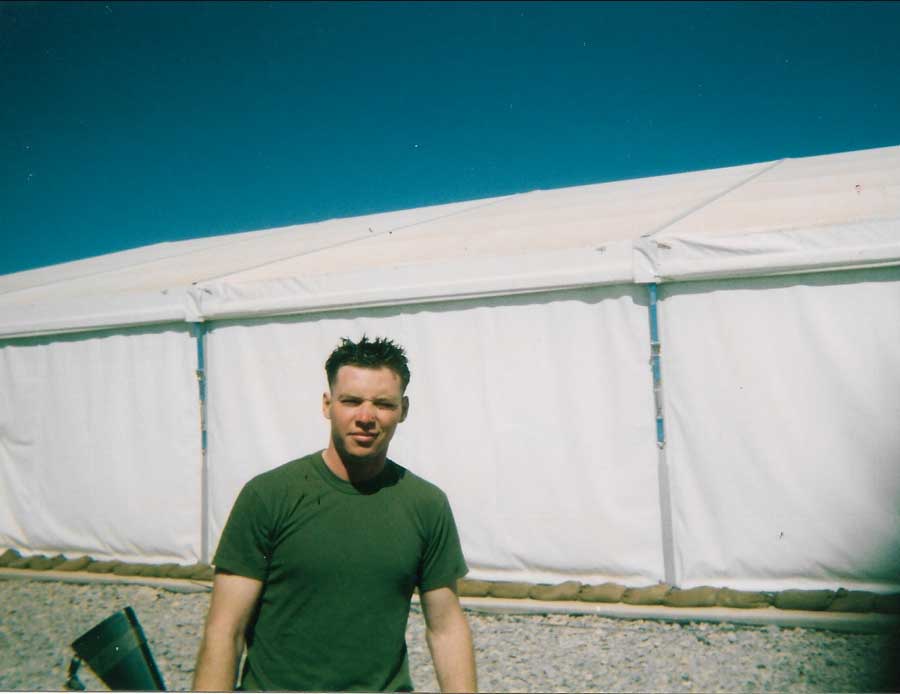 Steve Wahle just before he shaved his head before heading out on his team’s first patrol in Kandahar, Afghanistan, in 2004. Photo courtesy of the author.

I had some ideas about what I would find when I pulled up to the office: There would be a helicopter in the parking lot and Marines would hand us M16s as we boarded. We would go somewhere distant and do harm to those who had just harmed us.

That was not what happened. The recruiters told all of us newly minted Marines to calm down. The plan was still for us to report to the School of Infantry in North Carolina. I knew the war would be over before we finished our training and were assigned to infantry units.

I did not drop out of high school purely because my recruiter told me I had to graduate to serve in the Marines. I had enlisted as soon as my junior year ended as part of the Delayed Entry Program. I would go to Parris Island after I graduated in 2001. As I worked through the enlistment papers, I wanted to decline the GI Bill. A salty corporal with a stern face and a knife hand pulled me aside and told me to enroll. He convinced me that I would not miss the $100 a month, and, even if I did stay in until retirement, it was a good investment. I signed up.

If I could find that corporal, I would thank him profusely for his insight.

It had taken three years, but I had finally made it to war.

But while I did get a combat action ribbon in Afghanistan, it did not get me a free education. I bumbled through college on the old version of the GI Bill and acquired some student loans because I refused to ask for help to figure out how to stretch it. I knocked out an associate’s degree and then a bachelor’s degree just in time to graduate into a recession. After working in various hospitality jobs, I stumbled into a job working alongside other veterans and eventually decided to be a social worker at Veterans Affairs. 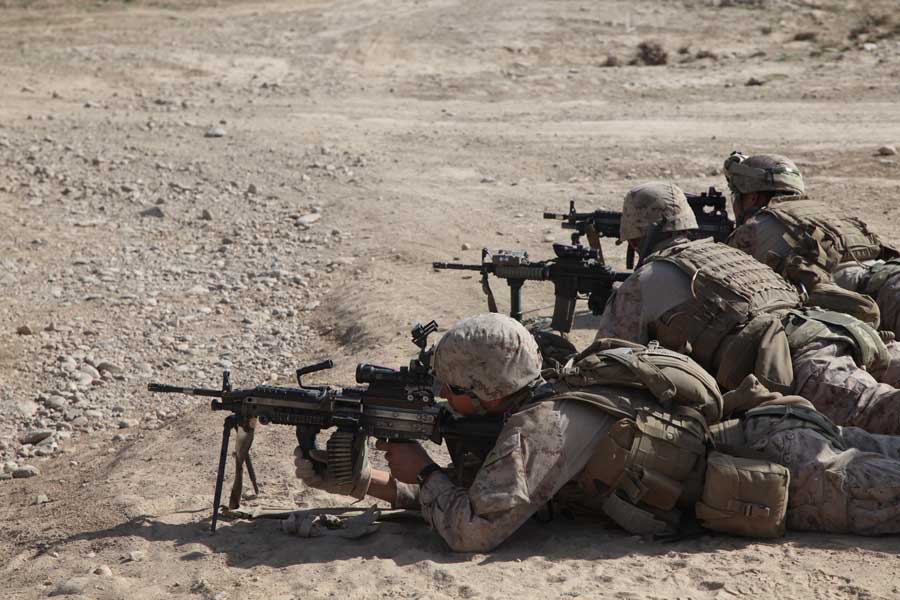 VA paid for graduate school and hired me before I graduated. Working with veterans led me to consider bigger questions about social structures and what it means to be a veteran in the United States. After five years at VA and completing the requirements for a clinical license, I decided the next sensible thing to do was go get a doctorate.

Over the past two years, I have immersed myself into chaotic reading and deep thought about veterans. By extension, I have also thought about war. War always lurked in the background and was somehow tied to being a veteran. It was not until President Joe Biden’s announcement that the war in Afghanistan would end that I considered what it meant to be a veteran after war. While I was familiar with the history of the Bonus March and the development of GI Bill, I had not considered global war on terrorism veterans to be beyond war. It was always present. The war was not over; it was just over for them. 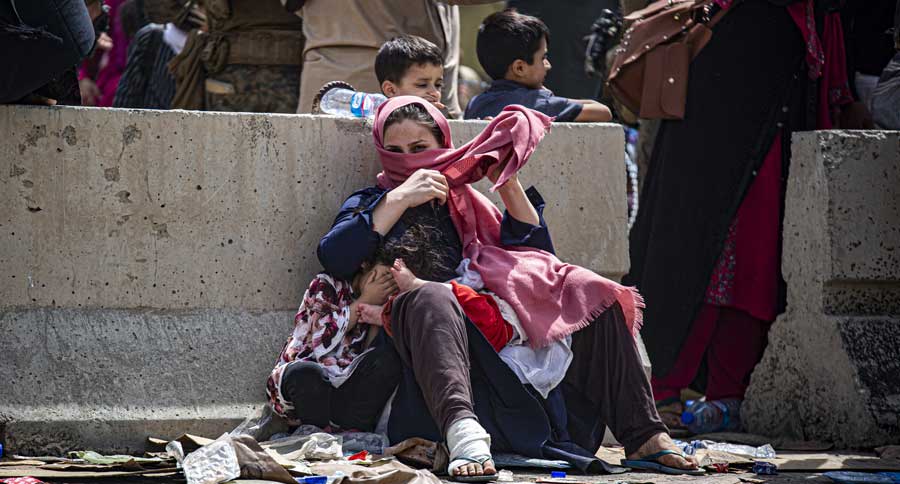 A woman and children wait for transportation to the terminal at Hamid Karzai International Airport in Kabul, Afghanistan, Aug. 20. Photo by 1st Lt. Mark Andries, courtesy of the U.S. Marine Corps.

The announcement came as I worked on a dissertation proposal. I planned to ask veterans to let me interview them. I wanted to know what it was to be a veteran, and I wanted to untangle the complexities of being veterans and all the other facets of their selves.

Then I realized I had feelings about the war ending. I assumed those I intended to interview would also have feelings that color what it meant for them to be veterans. I was visiting a buddy from the Marine Corps when the news came that the Taliban now controlled Kabul. We had been in Afghanistan together, and we had both met our wives after our enlistments ended. War was a distant part of our lives. and we just moved on with the day. What did it mean to me that the war was ending in chaos?

In the meantime, my next audiobook became available at the library. Phil Klay’s Missionaries became my commute listening for a week, and it felt pertinent. It is a fantastic story and gave me some perspective. It did not resolve any of the complex feelings I had, but it did assure me that I was not the only one grappling with the implications of war. 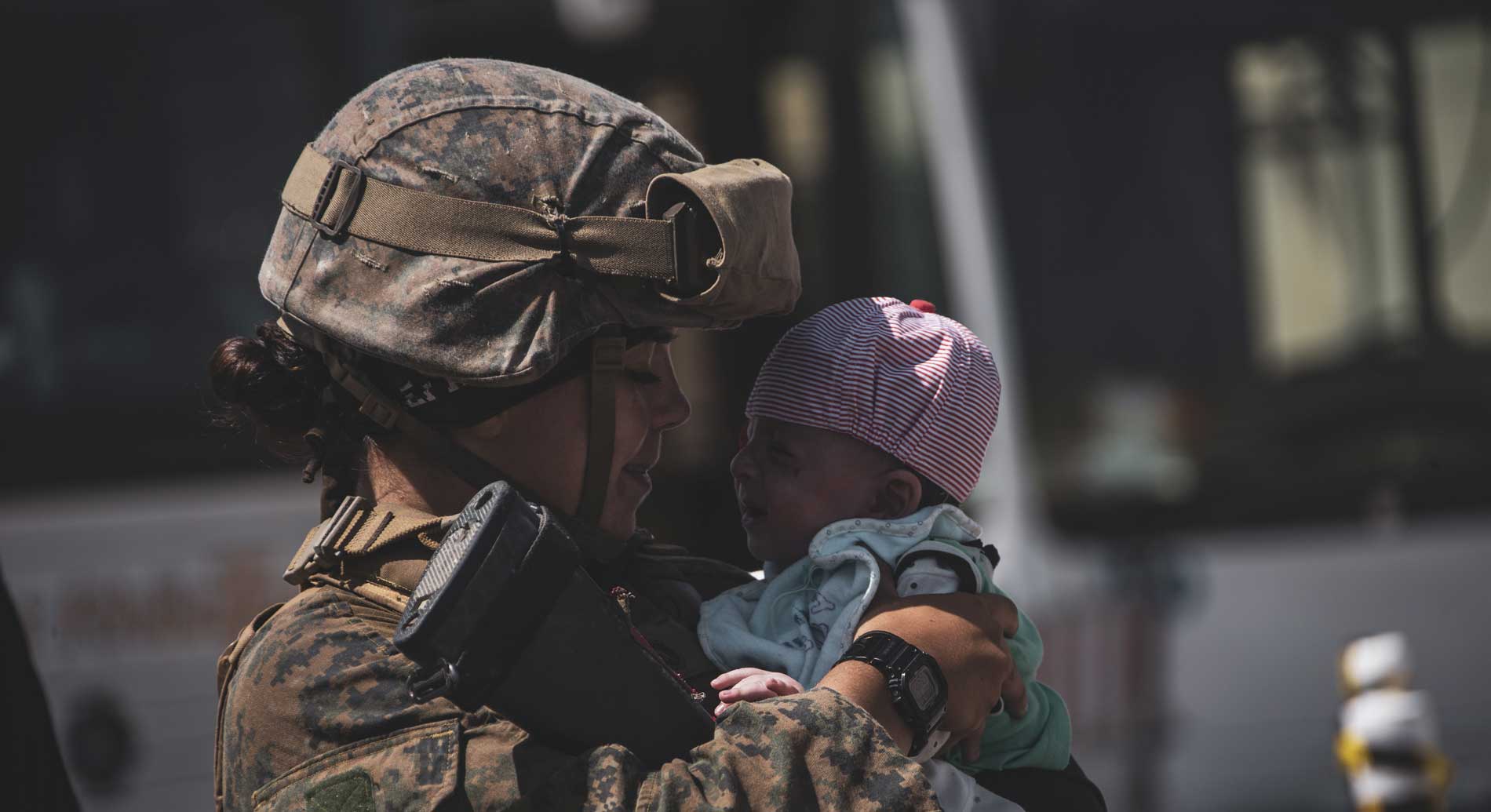 A Marine assigned to the 24th Marine Expeditionary Unit calms down an infant at Hamid Karzai International Airport, Afghanistan, on Aug. 28. Photo by Cpl. Davis Harris, courtesy of the U.S. Marine Corps.

After a day working on a VA research project and watching Twitter alerts, I walked to the local brewery. The last U.S. plane had just left Afghanistan. I took with me an old sociology book with chapters about German and U.S. soldiers during World War II. The sociologists wanted to understand how group membership and identity influenced how each side fought the war—in particular, how the German army kept it up for so long. I planned to read and have a pint to symbolically close the war.

But rather than reading, I took a picture of the beer and sent it to some veteran friends.

I did not know what I was trying to tell them, but it felt sardonic. Unsure of where to go or what to do, I ordered another pint. As I waited, the bartender talked with a customer about the war ending “tomorrow.”

“What’s over?” the bartender asked, confused.

I was confused too. It was an odd thing to tell a stranger.

“The war,” I said. “It is tomorrow in Afghanistan.”

There was no cheer, no mutual recognition of the historical significance, no further conversation. I sat down with my beer and went back to my phone.

“She Had Suffered Enough”–I Feel for All the Afghan People, but Especially...
Scroll to top