I retired from the Marine Corps almost two years ago. Like most veterans, I found the transition from military to civilian life a struggle—a tougher struggle than I had anticipated. Military leaders do their best to prepare you with the mandatory transition classes. Everyone tells you the transition is going to be difficult.

But they can only tell you so much. Everyone’s battle is different. I’ve realized it’s just something you have to experience for yourself to fully grasp the reality of the obstacles you will encounter. For me, I found that one of my trickier struggles was with my identity.

I spent the better part of two decades in a culture that is, for all intents and purposes, its own world within the rest of the world. Military culture is … different. But it’s not like I was traveling back from another planet. I wasn’t so far removed from the rest of the world while I was in the Corps that I didn’t understand what I was transitioning back to. 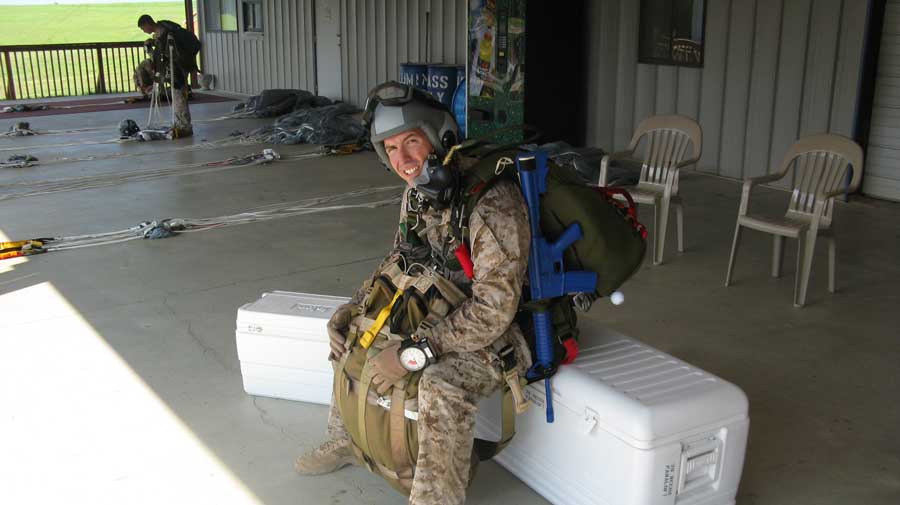 Joshua Plummer, then a platoon commander with Force Reconnaissance Company, II Marine Expeditionary Force, waits to board an aircraft for a combat equipment training jump in August 2010. Photo courtesy of the author.

But there is a marked divide.

To be bluntly honest, I never really identified as one of “those guys” whose identity was solely based on being a Marine. So, I didn’t think I was going to have any issue hanging up the uniform. But, that’s where my trouble started—I assumed any issue I had with identity would hinge on what I am. I never even considered that the real struggle for identity would center around who I am.

Serving in the military changes you. The shades and degrees of change vary for everyone, but no one is ever the same as before they came in. We develop thick skins, sharp tongues, quick wits, dark senses of humor, and intolerance for pretty much everything. This results in individuals who are generally aggressive, abrasive, crude, and brutally honest. 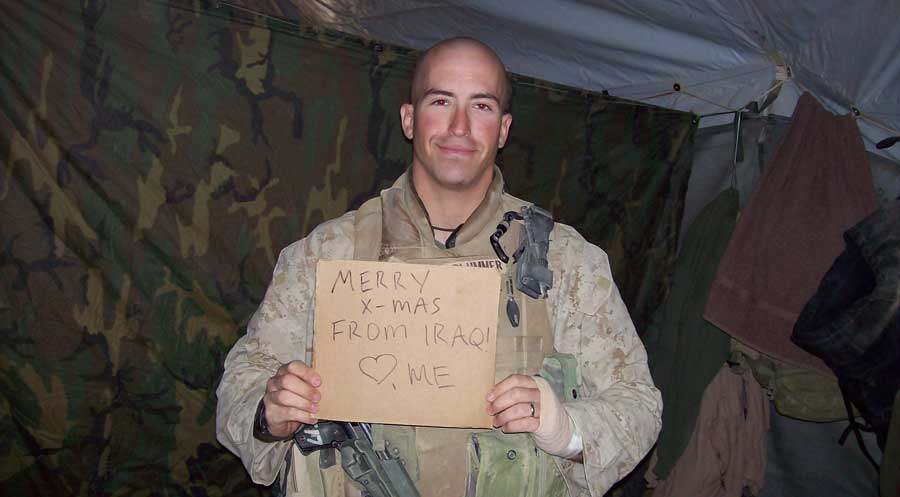 Joshua Plummer, then a first lieutenant, on his first deployment to Iraq in 2006 with 2nd Bn., 4th Marines. Photo courtesy of the author.

That might sound like a pretty terrible person to the average civilian. But these are the shared qualities that help us bond through shared misery and to cope—sometimes just survive—life in an uncivilized world of life, death, and an immeasurable level of bureaucratic bullshit. These qualities also provide the basis for lifelong friendships—a brotherhood—that most civilians will never understand. But when it comes time to transition, we feel a lot of pressure to adapt to a civilized world that isn’t so accepting of these qualities. It seems that some veterans make the transition seamlessly. Some veterans never do.

The rest of us are stuck somewhere in the middle. 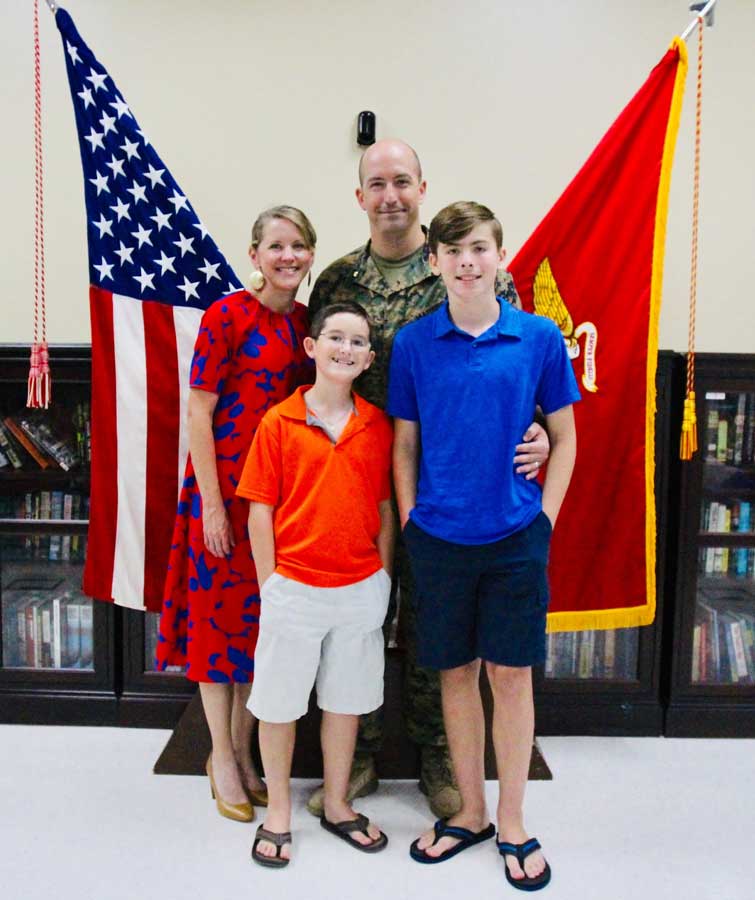 Joshua Plummer with his wife and two sons at his retirement ceremony in August 2019. Photo courtesy of the author.

The transition from retired Marine Corps officer to aspiring lawyer seemed like a natural one. I was nearly twice as old as most of my peers, and just as old, if not older, than most of my professors. It wasn’t a stretch for me to be a mature professional in the classroom. I just had to temper my language, watch my tone, use a lot more patience, and keep my jokes clean and my humor light. I also did my best to keep my extensive tattoos covered. On any given day in the classroom, I was quiet and diligent, and I kept to myself until I needed or wanted to speak up. By all accounts, I excel in this arena.

Outside the classroom, I joined the homeowners association board and started to coach a suburban youth football team. I started playing—or trying to play—golf with the guys in my neighborhood, and we had a regular poker game on Wednesday nights. Like in school, I kept my mouth clean and most of my tattoos covered. Though the golf- and poker-talk with the guys often devolves into “locker room” banter, I frequently bite my tongue so as to not completely offend their sensibilities with a level of depraved, military-grade humor they are simply not ready for.

Some might say I was living the suburban male’s dream. But, perhaps poetically, there were many times when the uncivilized Marine yearned to get out or occasionally just came out on his own. I found that biting my tongue and minding my business was not easy in a lot of situations. If tempers flared or frustrations ran high, the short temper, four-letter words, and biting tone came out in full force. Moreover, I found myself longing for situations where I could digress to the “old me.” Catching up with fellow veterans—swapping crude memes and sarcastic insults—is a cathartic outlet and provides a welcome change of scenery. But it’s no replacement for that missing bond and comradery. 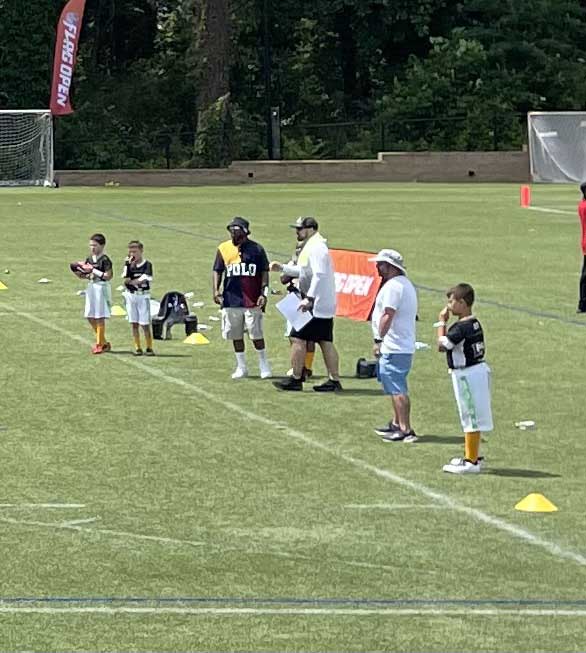 Periodically, I would “escape” from my new reality by going on hunting trips with some of my former colleagues and fellow veterans. In between hunts, we’d sit around a campfire till the wee hours of the morning, passing around a bottle of bourbon, recounting war stories and bar stories, and trading insults. To describe it in words doesn’t do justice to the savage debauchery that takes place when a bunch of veterans with a long history get together to “catch up.” It’s just one of those things where, if you know, then you know. The combination of hunting and testosterone-fueled vulgarity reverts us back to a time when we were younger, dangerous, and bonded by blood and sweat. The brotherhood is a welcome respite from the pressures of minding everything I say and do. But the stark contrast in the dichotomy of these two worlds often leads me to ask: Which one is the real me?

During my last hunting trip, while sitting around the campfire with a half-dozen fellow grizzled veterans, the heart of this struggle hit me. For a moment, as we played an escalating game of one-upmanship with vivid, profanity-laced accountings of bar heroics, bare-knuckle fights, and brushes with death, I thought to myself, “Man, what would my professors and classmates think if they could see me right now?” Then, reflexively, I thought, “Hell, what would these guys think if they could see me pontificating about the model penal code or playing golf at the country club?” Both groups of people would see a version of me that is drastically different from the one they know. But which group would see the real me?

As I ebb and flow between two distinctly different worlds and the disparate personas associated with each, I can’t help but feel like I am two people sometimes. I often struggle with how to reconcile this marked contradiction in my life. Frequently, I find myself wondering which person is the real me. Am I an uncivilized Marine who pretends to be a civilized man to fit in? Or am I a civilized man who pretends to be an uncivilized Marine when I don’t have to be cultured?

The truth is, I’m neither of these men. And I’m both. I am a veteran with two faces. Each face portrays a genuine part of who I am and neither face betrays the authenticity of the other. I can be sophisticated, barbaric, both, or neither—depending on what the situation requires. But, no matter my mood or where I am, any version of me is who I really am. In fact, coming to peace with the notion of this duality brings a sense of balance to my life. This balance not only keeps me healthy, sane, and socially accepted, it serves as a buffer to ensure that parallel worlds don’t catastrophically collide. The cultured professional helps to ensure that I’m not consumed by the impulsive excess of a disgruntled Marine. Conversely, the hardened realist keeps the ambitious future lawyer grounded so I don’t lose myself in a world that is too preoccupied with climbing the corporate ladder and political correctness.

Every day continues to be an adventure on the journey to transformation. But as I sort out my demons one at a time, each day is less of a struggle than the last. Having now found a harmonious balance between two seemingly parallel worlds, my clash with identity has transitioned as well. I am no longer concerned with who I am. I know who I am. I am one of millions of veterans who proudly wears two faces. I fit in everywhere and am accepted by everyone. But, most importantly, regardless of where I am or who I am with, I am always exactly who I want to be.

“We Must Do Our Part to Mitigate Climate Change”—The Military’s Pollution...
Scroll to top