There is an unspoken caste system among veterans—one that no one talks about. The people who wind up in these castes have no choice about which group they end up in. It’s all a matter of luck and geopolitics.

You either went to war or you didn’t.

I’m in the never-went camp, and I don’t know how I feel about it. There are days where I get a flash of regret because I don’t share that experience with those who, like me, raised their teenage hands to promise to die for someone else’s reasons, but who actually faced the consequences of that promise. Regret isn’t the word for the feeling. Regret means there was something good to be had that you didn’t get a chance to experience. I know that there are bonds formed in combat that can’t be duplicated and those must be good, but a lot of other terrible shit happens, too. 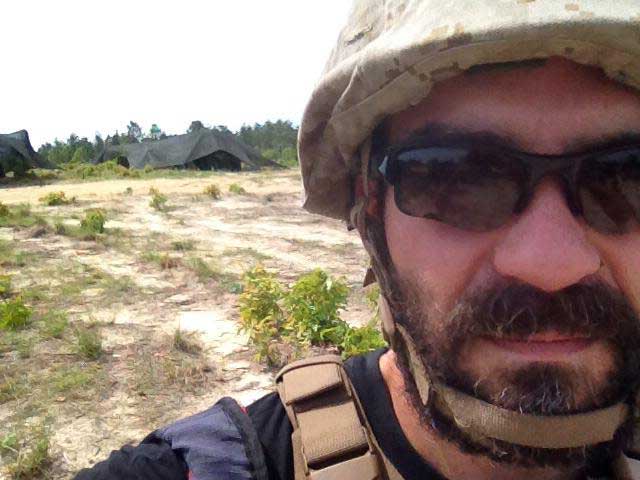 It’s more than regret. Different and more complicated, a confusing swell of emotions—like watching those early black-and-white movies, the ones with street scenes where people and horses weave and jostle past one another. Aimlessly, but with purpose. It’s something close to cowardice, but that’s not it, either, because I was ready to go where I was told to go and do very hard things. Belligerent ennui? A bridesmaid’s lament? The chill of being an outsider in a club that I was already a member of?

My father is a known commodity in the special operations community. Iran, Grenada, stuff in Central America that probably still can’t be spoken about. Haiti, Nigeria, Afghanistan. He has most of the cool-guy badges and more “holy shit” stories than even he can remember. His would be a tough shadow for anyone to stand in.

My wife went to Iraq. We met in a makeshift team room at Fort Bragg, North Carolina, in a derelict chow hall allotted to our unit after the building should have been condemned. She stayed in the National Guard after we both got off Army active duty, and her unit got the call in 2003 to head to the Iranian border. By then we had a house and an infant. I spent the days of that year of her deployment working full time at the Army Special Operations Command as a public affairs officer and the nights trying to be a decent father and keep our little family as close together as weekly phone calls and care packages could allow.

Her dad went to Vietnam. Infantry. Americal Division. Our grandfathers served in the Navy in the Pacific. 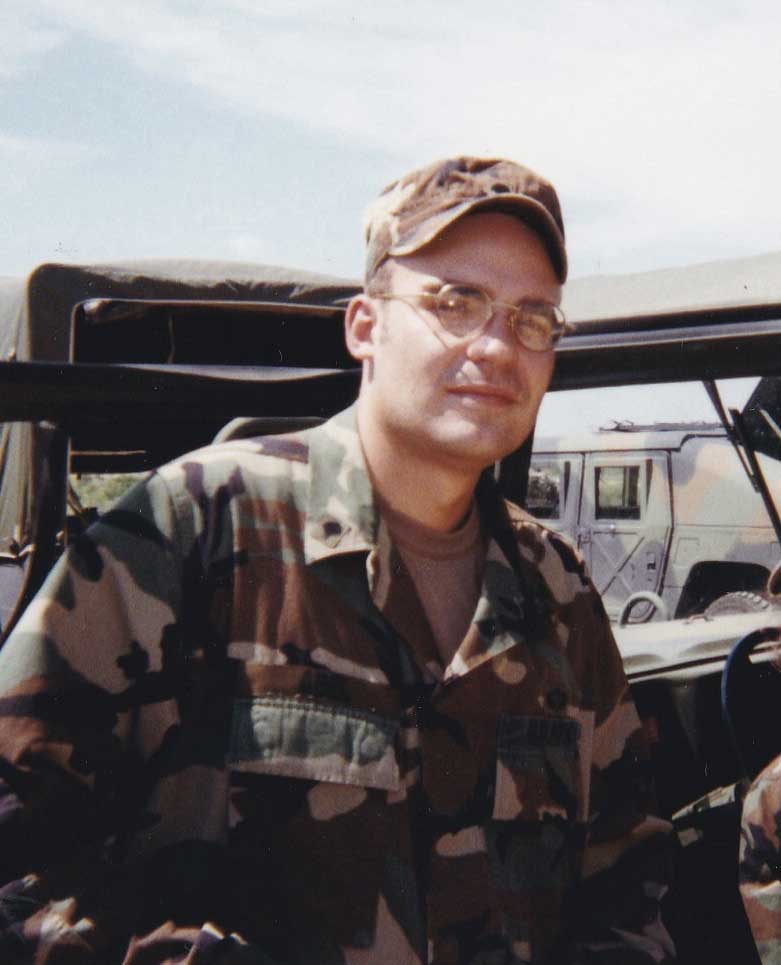 Benjamin Abel during field training at Fort Bragg, N.C., in 1998. Photo courtesy of the author.

Mine is a tough family to be in if you are the only veteran who never went to war.

I, of course, could never know what it’s like to be Prince Charles, but I think we could probably commiserate. Who wants to spend a lifetime wondering what they might have done if they had been given the crown and the right to represent their nation, or, in my case, deployment orders and the right to destroy another person’s home and homeland?

My enlistment ran right through what comedian Greg Proops calls the peace and prosperity scare of the 1990s. When I was on active duty, I could have gone to Bosnia or Kosovo, but those missions were beginning to be the domain of the Guard and Reserve. There was a short-notice Grenada-lite thing that almost happened, but fizzled out. In the end, I had a couple of Joint Readiness Training Center rotations, as well as two trips to Venezuela and one to Colombia to fight the nation’s war on drugs. It’s hard to call those deployments, though. We had a swanky apartment in one of the best neighborhoods in Bogota with a full-on garden in the hallway and a maid. 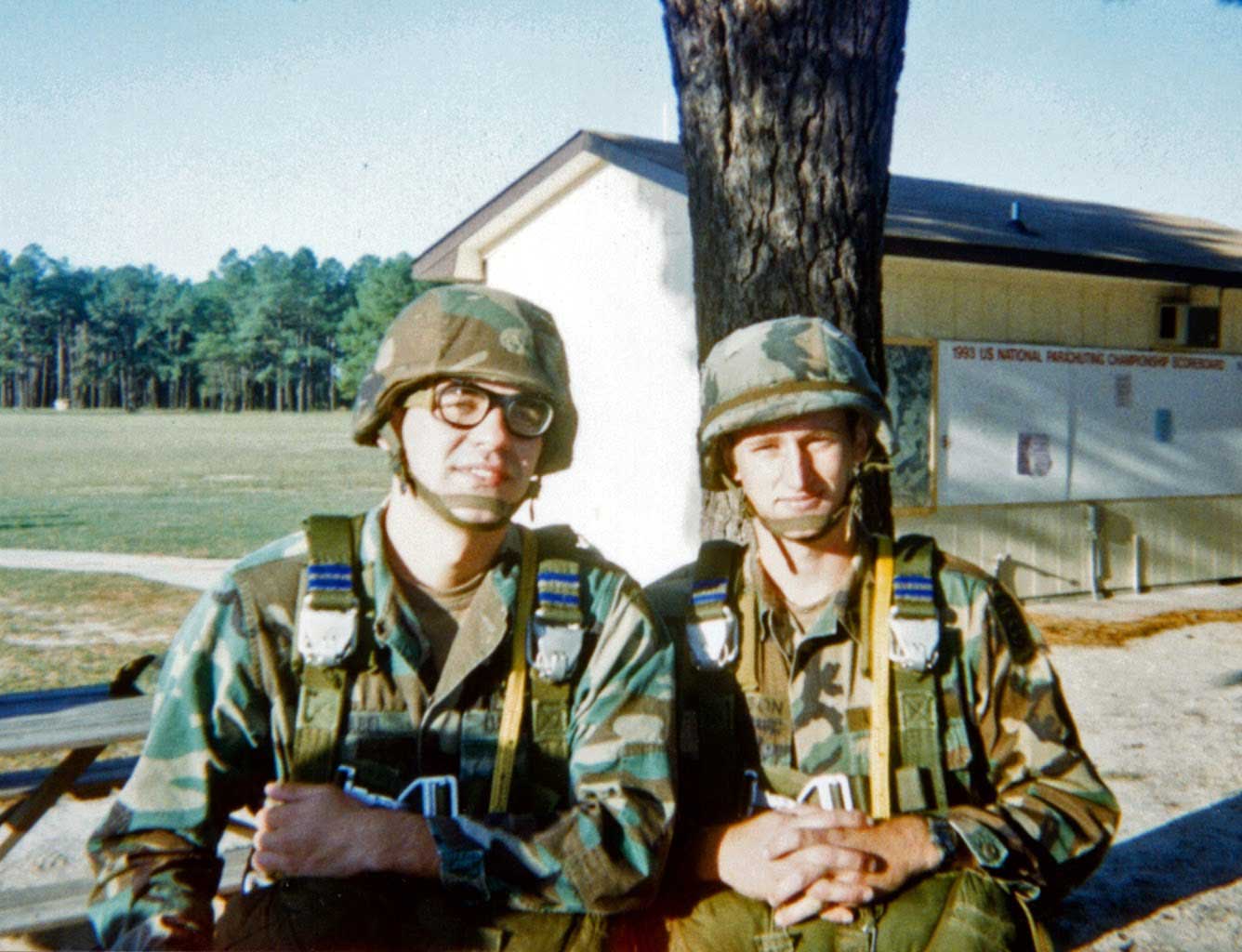 Benjamin Abel and Eric Ellingson, his brother-in-law, prior to a parachute jump at Raeford West Drop Zone in North Carolina, in 1998. Photo courtesy of the author.

That isn’t to say that I wasn’t affected by the wars that mushroomed up after the towers fell. As a PAO, I was in an office in the States, but the war was always a phone call away. I’ve written literally hundreds of casualty news releases. Ten paragraphs to encapsulate the life of a son who was shot through the throat in the dead of a cold night in Fallujah or a daughter whose remains fit in a shoe box after her vehicle was obliterated on a Kandahar street. Those baby faces framed in camouflage became less people and more the media’s currency of winning the breaking-news wars. Middle-of-the-night phone calls from the command’s emergency operations center with a notification of a combat death meant someone else’s family would have an empty seat at the table for Thanksgiving.

I wonder how much of a sin it is to be relieved that it wasn’t mine.

The funerals are pretty bad, but at least the family has had time to acknowledge the loss. The worst calls are to meet with Gold Star families before they even had a chance to accept the title. What do you say? How long do you sit with them and listen to the stories of their soldier? How many tears must fall before it is acceptable to get down to the business at hand and determine if they want to stand in front of a reporter’s camera and relive the horror of their new existence?

The funerals are bad, though. Taps will rip out your heart every time, even if you haven’t been to war. It just does.

I don’t regret not going to war, not now. I have a family and a decent job, but more importantly I’ve seen what war gives us. I’ve seen the broken bodies and the broken spirits. I’ve seen men with ropes of scar tissue running down their necks and arms like dripping candle wax as they struggle to stand as members of their unit—the unit where they were disfigured while serving —return in sweaty-funky gyms to trepidatious hugs and kisses from kids and wives and husbands whose faces they almost fail to recognize. I don’t need to have seen the actual act of breaking a human body to know that war, or supporting it so blindly, has real consequences. 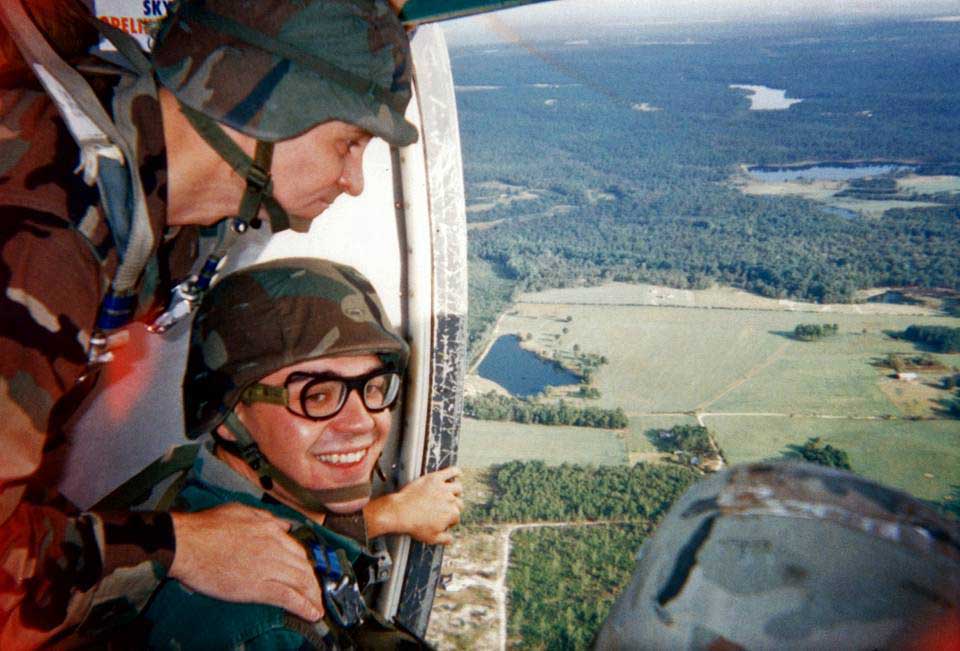 Benjamin Abel during a parachute jump with the 3rd Special Forces Group (Airborne) at Fort Bragg in 1998. Photo courtesy of the author.

So I guess that leaves me in the caste of former soldiers who will always be left to wonder “what if.” It must feel something like the second-string lineman on a football team who gets suited up and stands on the sidelines during the Super Bowl. We both were ready to be sent in to do our jobs, but the timing just wasn’t right.

I’m at peace with being in that caste now, but there will always be that awkward silence that follows, “Yeah, I got out before the wars started” when talking to another veteran. Because there is a difference between those who have been to war and those of us who haven’t, and every single one of us who wore the nation’s uniform knows that to be true.

“Everybody We Deal With Is Trained to Kill”—Why Don’t We See Widespread Police Brutality in the Military?
“It Would Be a Mistake to Underestimate Russia”: The New Cold War That’s...