Change in Marine Corps culture that’s led to a silent epidemic may be an uphill battle.

The Corps updated its social media policies in mid March to state that sharing pornographic images without the subject’s consent can be prosecuted in the military. All Marines were required to sign a statement acknowledging they had read the new policies.

But direction from the top hasn’t meant consistent commitment through the ranks, and the resistance to change is obvious online.

More than a dozen splinter groups, including Marines United 2.0 and 3.0, have formed since the original Marines United page was removed. Servicemen have continued to disseminate pornographic images on Facebook and other online platforms like Snapchat and torrent websites. Similar collections of nude photos of servicewomen have been identified as having been shared by members of the Navy, Air Force, Army, and ROTC.

An administrator for one Facebook group, under a fake name, posted a photo of a partially undressed service woman and wrote: “[The women] know the only purpose they serve is a pincushion for the guys. The media is trying to get people in trouble and act like marines showing pictures is wrong. All I’ve got to say is fuck em.”

Marines stationed across the country have expressed on social media and in interviews that the policy update and signed statements are not changing behavior.

One female Marine, who asked not to be named because she is still active duty and fears reprisal, said her unit commander told her to sign paperwork indicating she had received training on the new policy, even though she was absent the day of the training.

“You go to a mandatory class or you sign a piece of paper that everyone makes fun of and no one takes seriously,” said a male non-commissioned officer who has spent three years in the Corps and also asked not to be named for fear of retaliation.

When his unit signed the papers, he said, his colleagues complained about the hassle and ridiculed the content.

A change in culture will only come about when the directives from the highest levels of the Marine Corps are given value by direct supervisors through enforcement, said Marines interviewed for this piece.

But the commanding officers in charge of enforcement have historically shown that not all are on board with the order to follow up on claims of sexual assault and harassment.

“The top level is trying very hard to make equality happen,” said the male non-commissioned officer, “but the attitude that [lower-level officers] are taking in direct supervision doesn’t communicate any sincerity.”

A quarter of women who reported sexual assault to the Defense Department experienced professional reprisal, and half of the time it was from their unit commander, according to the Department of Defense’s 2016 annual report on sexual assault.

In response to fear of reprisal and its chilling effect, Senator Kirsten Gillibrand, D-NY, has championed legislation that would remove the power to pursue or dismiss allegations of sexual assault from the hands of complainants’ direct supervisors.

Some advocacy groups, like Actionable Change, have also focused on integrating men and women at boot camp. Segregation from day one, they say, promotes the idea that female Marines are not a true part of the Corps and allows misogynistic behavior to thrive.

Both proposals have faced support and backlash from Marines.

Sexually exploitive behavior exhibited in the Marines United Facebook group has re-exposed a deep division within the Corps, with one side fighting toward a vision of female equality, and the other fighting to preserve the current culture. Both sides are committed to seeing the battle through. The question now is, what will it take for one side to win out?

Whistleblowers and women speaking out against the exploitive behavior within the Corps have become targets themselves.

Since breaking the Marines United story, Thomas Brennan and his family have received numerous death threats. One commenter offered a cash award for anyone who distributed naked photos of Brennan’s wife.

John Albert also received threats after he reported the Marines United Facebook group in late 2016. Photos of his house and his address were published online with calls to retaliate.

“They talked about going by my house and shooting it up with assault rifles and killing me,” he said. “Killing me in a way to send a message.”

Though Brennan and Albert received private messages of gratitude from some service members, many of the same people expressed reluctance to publicly express support because of concerns for their reputation, friendships, and the safety of their families

“A lot of people care,” Albert said. “But very few are willing to openly go against it.”

Willing and Ready to Fight

But there are a few women victimized by Marines United who are willing and ready to fight. Erika Butner, a Marine veteran, and Marisa Woytek, an active duty Marine, have been appearing on TV, meeting with legislators, and holding press conferences about the sexual harassment they have experienced or witnessed, and the effect Marines United has had on them.

The two reported the Marines United Google Drive in late January. They stepped into the spotlight after the story broke determined not to let the conversation die down, because other women fearing reprisal are silent about their experiences of sexual harassment and assault while in the military, despite pledges of support from members of Congress and the Corps’ leadership.

Erin Kirk-Cuomo is another female Marine veteran confronting harassment. She and three other servicewomen founded a Facebook group called Not in My Marine Corps within days of the Marines United story breaking. The group’s goal is to support and share resources with survivors of assault in the military.

Kirk-Cuomo had seen similar behavior to today’s Marines United harassment while she was deployed to Iraq in 2008. There, she shared life-and-death situations with her fellow Marines, but when the day ended, the men would gather in tents to look at photos of women and discuss “what they would do” to them.

Not In My Marine Corps submitted a witness statement to the Senate Armed Services Committee for its first hearing about Marines United in mid March. Kirk-Cuomo and her co-founders have also met with the task force investigating the websites, and worked with Facebook to remove offensive content.

“I’m cautiously optimistic that in the next six months we may see a lot of things that personally I never thought I would see in the Marine Corps,” she said.

If Not Now, When?

Lack of action by Marine Corps leadership has allowed the problem to grow unchecked for decades, but in the wake of Marines United, members of Congress and some outspoken service members are taking advantage of the moment to demand the Corps act—and fast.

While Congress pushes for updates on the NCIS investigation, it is still too early to tell whether the ensuing punishments will effectively deter future sexual harassment.

The Naval Criminal Investigative Service announced in June, three months after the scandal broke, that it was finalizing the first charges against a Marine involved in the  scandal, and that it was continuing to investigate five others, according to Military.com. NCIS has identified 89 people of interest—67 of whom are active duty or reservists, and 22 are civilians. Citing insufficient evidence to prosecute, NCIS has passed 62 cases involving Marines to commanders.

One court-martialed Marine pled guilty on June 29 to non-consensually sharing explicit photos with the Marines United group. The Marine was sentenced to 10 days confinement and a three-rank demotion. Other disciplinary responses have ranged from discharge from the service to no punishment.

“Seeing the numbers of how many of these cases were handled is an argument for taking it away from the command level,” Kirk-Cuomo said. “I don’t believe that administrative actions are appropriate in these cases. This is sexual predatory behavior, plain and simple.”

The variability and lack of transparency about disciplinary decisions highlight the difficulty of measuring progress when cases are handled at the command level.

While the investigation continues, advocates for change have also put forth several broader fixes. A 2013 Senate bill, introduced by Senator Gillibrand proposed having independent parties investigate charges of sexual assault and harassment. The bill aimed to address high rates of retaliation and low rates of conviction—but was filibustered in 2013 and again in 2014. Gillibrand’s office has confirmed the Senator will reintroduce the bill in 2017.

Some Marines believe that while legislation might help, if change is ever going to come to the Corps, it must come from direct commanders setting an example. Male Marines have to defend their female colleagues, they say, and refuse to tolerate sexually exploitive behavior—both online and off.

“These leaders need to rise up and become good men,” said veteran Marine and War Horse Writing fellow, Joy Craig. “Really be the honorable men that they claim to be, by policing their own and putting a stop to [harassment]. If they don’t come down on each other, they really won’t change.” 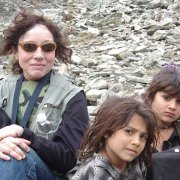 “She Had Suffered Enough”–I Feel for All the Afghan People, but Especially the Women 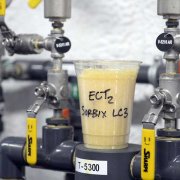 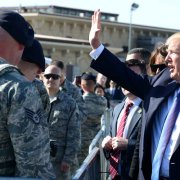 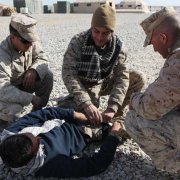 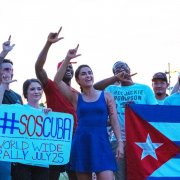 “We Were So Hungry We Ate Our Fear”–Those Without Freedom Risk Their Lives For Change
She Stayed Quiet When Marines’ Wives Called Female Marines “Sluts.”...