On the night of April 3, 2012, we stood in near-complete darkness as a stretcher rolled by. I was among dozens of soldiers who gathered to salute the remains of the first soldier killed in action since our unit arrived in east Afghanistan four months earlier.

Since stepping off a C-130 into a blacked-out airfield with the Alaska-based 4th Brigade Combat Team (Airborne), 25th Infantry Division, I’d prayed daily to make it through the roughly 10-month deployment without losing anyone. That hope was soon overcome by the realities of a combat environment.

At Forward Operating Base Salerno, loud speakers sounded the code words alerting us to a medevac flight inbound with a fallen soldier. In my role as the brigade public affairs officer, this triggered immediate crisis communication responsibilities that were both emotionally difficult and practically challenging. Much of the base’s external communication networks would be offline until our soldier’s family was properly notified. 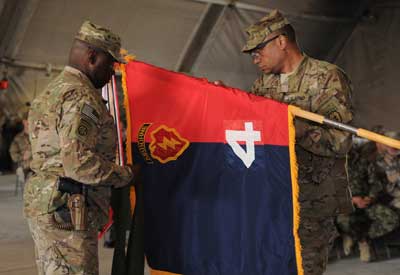 Hours later, we saluted under the night sky as the stretcher bearing Spc. Jeffrey White rolled the short distance from the small hospital facility to a waiting Blackhawk helicopter. We watched as the aircraft rose into the night. His journey to a final resting place had begun. Sadly, White would not be the only soldier we’d bid farewell from that piece of ground, and each new loss felt harder than the one before.

My duties as unit spokesman kept me confined mostly to an office setting as part of a small team of military communicators who engaged with the public about the brigade’s operations across Khost and Paktia Provinces, a volatile area of eastern Afghanistan that borders Pakistan. Occasionally, I could justify getting out of daily meetings to hop on a convoy or helicopter with an embedded reporter. But mostly, the daily schedule of meetings, slides, and emails blurred monotonously together.

I looked forward to rare opportunities to spend time among the troops. Our paratroopers left me awestruck. The soldiers in our remote outposts had a special bond with each other. They possessed a seemingly encyclopedic knowledge of the villages they patrolled, the people who lived in the area, and the Afghan soldiers they trained. They were experts in their crafts and made intensely complex work look easy. They embodied the best of America’s military.

It has been almost 10 years since the brigade returned to Alaska and just more than one year since the U.S. ended ground-based operations in Afghanistan. The withdrawal that was supposed to bring closure last August instead brought a rush of memories and deep sadness that persists to this day. 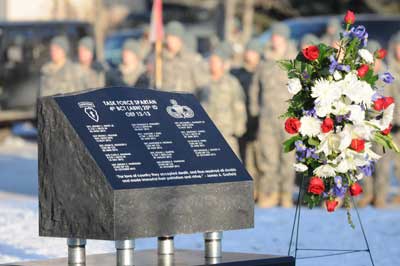 The memorial monument at Joint Base Elmendorf-Richardson, Alaska, honoring the paratroopers of the Spartan Brigade is unveiled on Nov. 16, 2012. Photo courtesy of U.S. Army.

I arrived in Afghanistan in late 2011 with great optimism. I hoped that our brigade could play a small part in bringing justice to those who’d committed horrible crimes, peace to a war-weary populace, and security for the U.S. homeland. In some ways, we were successful. The U.S. has not suffered another major terrorist attack since 9/11. An entire generation of Afghans saw what life could look like in an open society.

Yet the images of desperate Afghans swarming to flee Kabul at the end of the mission filled me with a painful sense of loss. At times, I felt as if I was walking in a fog, filled with a sense of grief more akin to losing a loved one. And I’m not the only one. A 2021 Brookings Institute poll reported that a majority of American military members who served in Afghanistan feel angry, betrayed, and humiliated with how the mission ended.

A year later, I still wrestle to make sense of my service.

The fall of Saigon predates my lifetime, but images from Kabul last August seem uncomfortably similar to film clips and photographs from America’s evacuation from Vietnam a half-century ago. My late father served during the Vietnam War, and for the rest of his life he remained deeply frustrated about how it ended. He told me many times that his generation’s war was not lost by its soldiers. 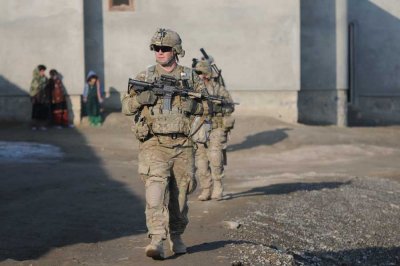 Those who served in Vietnam did what the nation asked of them, just as my generation who went to war in Afghanistan did. We both answered our nation’s call, investing years of blood, sweat, and tears. Although America’s reception of us was far different from what my father’s generation experienced, I think that we must share a similar sense of loss.

The stories we hear now from Afghanistan are laced with cruelty that seems more in line with the worst of medieval society than the 21st century—stories of torture, the deaths of civilians, and even the sale of children.

As we yearn for an orderly society, we do so against the historical reality that humanity has been marked by more conflict than peace since its beginnings. Human warfare is a feature of the fallen human condition, a reality since the first rock was thrown at an opponent on behalf of a tribe in antiquity.

Since the fall of Kabul, we have watched another humanitarian disaster brought on by Russia’s invasion of Ukraine. These are the wars of our time. The reality is that others will follow. Future generations will go to war and grapple with the same questions I now struggle with.

My Christian faith acknowledges the tragedy of this age and also looks forward to eternal peace. These days, I think often of an early 20th century hymn that captures this sentiment, “When Cometh the End of War”:

There’ll be shoutings of praise

When cometh the end of the war

Over the last year, tears and time have dulled my emotions. But I still think of the families of the fallen. I still see the stretchers bearing the remains of Spc. Jeffrey White and other soldiers who lost their lives during our 10 long months in Afghanistan. 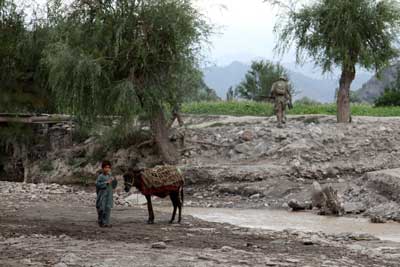 A little boy leads his donkey by a creek while a U.S. soldier walks toward the bridge during a patrol in Sarengor Valley, Paktia province, Afghanistan, on Aug. 23, 2012. The Third Platoon was searching the area for possible enemy activity. Photo courtesy of U.S. Army.

I think of the hard-earned gains now lost. I think of the anxiety felt by so many Afghans who tasted freedom and now mourn its loss. I still hope for a day in my lifetime when they will no longer live in incomprehensible fear, of a future where the rugged terrain of that country is no longer a safe haven for evil intent.

I still pray, just as I did from the moment I stepped off the C-130 into Afghanistan. The prayer is different now. I pray that those of us who served there and the people who waited back home for us will find the kind of peace that could not be won in that ancient land.

Even when it feels like the rest of the world has forgotten all that we gave there, Afghanistan is part of our life story now. We’ll always remember. 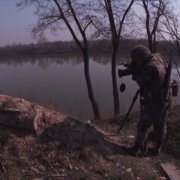 Peacekeepers, A “Teeming Mob,” and A “New Excuse for War”

Drown Proofing, Khaki Shorts. Some Things About Dive School Don’t Change
Troops, Veterans Are Targets in the Disinformation War, Even if They Don’t...

All Warfare Is Based on Deception—Troops, Vets Targeted by Disinformation...
Scroll to top