On Oct. 28, 1991, I settled into an hours-long commercial flight from Frankfurt, Germany, to Moscow. By year’s end, the iconic Soviet flag would fly over the Kremlin for the final time, silently signaling the collapse of the USSR after nearly seven decades.

I didn’t know it yet, but my visit to Moscow 31 years ago this week would mark the Pentagon’s final trip to the Soviet Union. I was an Army infantry officer who, having served in and trained soldiers for Vietnam, found my calling as a public affairs officer. I’d spent the last two years serving as Army spokesman and division chief at the Pentagon, a role that required daily interaction with journalists. 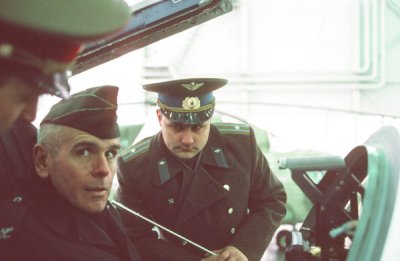 In the fall of 1991, the USSR prepared to host media outlets around the world for the first time since 1917. The Defense Department tasked me with the role of “point man” for Lt. Gen. Valery Manilov, my Soviet counterpart and then-director of information for Russia’s defense ministry. At the time, most Russian families had some connection to the armed forces and were more likely to trust information that came from the military over Kremlin-controlled news organizations.

Manilov would help lead the government’s transition to an open society, one that released information rather than propaganda, and I would be the one to help him. This was a country in crisis, and time was of the essence: The Berlin Wall had fallen, and people around the world were rejecting communism and its misinformation machines.

Our jet touched down on a Moscow airfield on a freezing cold day. Despite the temperature, snow had not yet fallen, and I, along with two U.S. Army officers who traveled with me, took in an unobstructed view of MiG aircraft—Soviet military fighters. As I grappled with the sheer vastness of time and space—the USSR spanned more than 6,800 miles and 11 time zones—I thought back to a time in the not-so-distant past where such a trip seemed impossible.

The Cold War was already simmering when I entered elementary school in the late 1940s. Although I was too young to grasp what it all meant, I grew up with the vague notion that something loomed on the horizon. By 1967, I’d graduated from Virginia Military Institute, earned a commission in the U.S. Army, and joined the 1st Battalion 21st Infantry in Warner Kaserne, Munich, where I served as company commander. Drills for a possible Soviet attack were routine. The following summer, we deployed to the border of East Germany when the Soviets invaded Czechoslovakia. I knew what the Soviet military was capable of. 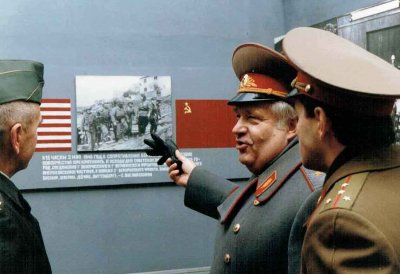 A Russian general reminds Col. Rick Kiernan of the relationship between the USSR and the United States in World War II. Photo courtesy of U.S. Army.

Later, as a young captain, I taught ROTC in the Midwest, where nuclear missile sites stayed on constant alert. And in 1977, during an assignment at Fort Wainwright, I helped provide security for the Trans Alaska Pipeline System. Fewer than 30 miles separated the Soviet Union from the Alaskan coast, and the threat of nuclear war felt ever-present.

Now, surrounded by Soviet military officers at a Moscow airfield, I could hardly speak. They greeted us warmly, offering enthusiastic smiles and gifts I treasure to this day—a Soviet officer’s hat, a wristwatch, a military uniform belt, and a book of poetry by Alexander Pushkin. In those moments, I felt as if I stood at a window, a fading, bygone era on one side, the obscure edges of a Russian cultural transformation on the other. I knew only that I would step through the window with the same kind of eager hope I saw on the faces of our Soviet counterparts—no longer an observer of history but a participant. 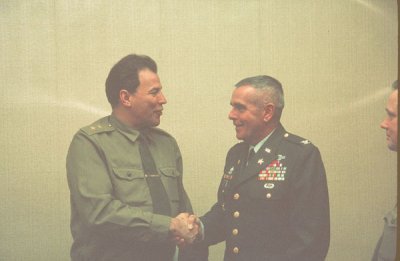 Soon, Manilov, a cordial man, addressed me directly: We Russians are now beginning a radical change within the “information sphere,” he said. We are close to being an infant in the process of providing only information that is true information, no longer information that is “propoganized.” … I can tell you that I have a dream to make it possible for our institutions to employ the same measures that American institutions do. For this, we see you, Col. Kiernan, and your staff, as our colleagues. In fact, we are quite ready to be your students.

In the days that followed, we ate in Soviet mess halls and fired AK-47 rifles on their shooting range. We toured military facilities, and I sat in the cockpit of an MiG. Our translator, a young Russian major, surprised me by using American colloquialisms. One Russian officer asked how the Baltimore Colts enjoyed moving to Indianapolis. These officers also reminded me that, together with Great Britain, the United States and the Soviet Union had formed the Grand Alliance that defeated the Nazis, and that soldiers, no matter what country they fight for, share a common experience.

I met with the editors of TASS, Pravda, and Izvestia, the Soviet Union’s state-run media outlets and the nation’s only sources of information. I shared the principles and practices of “freedom of the press” and offered advice on media relations. We talked with these editors and reporters about cultural exchange visits—a sign, I believed, of our mutual hope and goodwill. 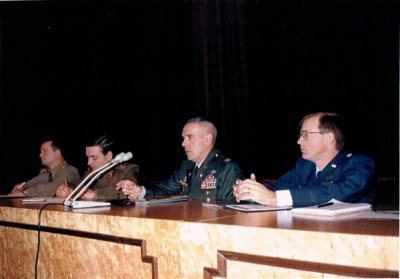 In our off-hours, we visited the Circuses of Moscow, the Fabergé egg collection at the Armoury Chamber of the Moscow Kremlin, and the Olimpiyskiy Stadium, home to the 1980 Olympics. Against the backdrop of these marvels, the Russian people lived in extreme poverty, and communism was flailing. Every day, residents lined up outside storefronts with no idea of what goods they’d find inside. Many struggled to find work.

I left Moscow feeling as if we’d accomplished what we set out to do. Back at the Pentagon, I delivered a trip report for then-Secretary of Defense Dick Cheney. Our Russian students, as Manilov had referred to himself and his team on that first day, were eager and receptive, I wrote. And hope for a free “information architecture” reigned—for a while.

Sadly, the mechanisms we suggested for a free flow of information receded inside of a decade. Not more than a year after our visit, Russia began a shift from the early underpinnings of democracy to a democracy fused with stiff controls and, finally, toward authoritarianism under Vladimir Putin.

In February, I watched, sadly but not surprisingly, the Russian invasion of Ukraine. Within weeks, Russia had criminalized the words “war” and “invasion,” and the spread of information that conflicted with the government’s narrative of the war could land a journalist in jail. It was a full-circle moment. I was back on the freezing tarmac of a Moscow airfield in 1991, standing at the window I’d envisioned separating two very different Russias. Only this time the picture was clear. 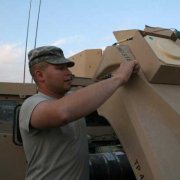 Congress Urges DoD, VA to Defend Troops and Veterans Against Extremists Who...
Scroll to top