The details of the dreams vary, but the electric shock feels the same each time. I feel it in my fingertips, my lungs, my teeth. One minute my subconscious has me trapped under a steel I-beam in a collapsed building or underwater, and I’m kicking with all my might while slipping further from the light, and the next minute I’m instantly awake and thrust into a fully in-progress, panic attack. 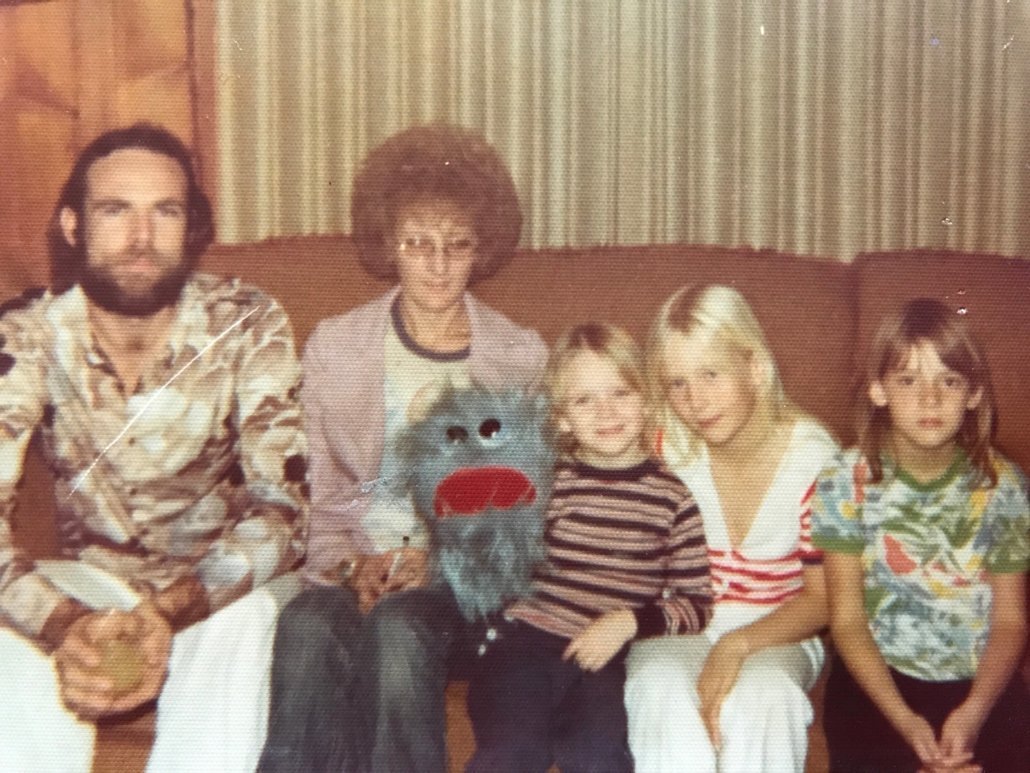 Joy Craig (middle) with her family, circa 1976. Courtesy of Joy Craig

I look around. I’m alone. There is no intruder. I try to calm myself, control my breathing, and clear my head. I take stock.

I wish I could say these nocturnal crises are less frequent now than when I was younger, but they persist and their potency remains just as visceral today as the panic I often felt growing up.

To say that my mother was a nomad wouldn’t do her justice. Along with my two older sisters, I moved 14 times before my eighth birthday. I spent my eighth year living in El Centro, Calif. living with them, my mother, and her new, abusive husband. The morning after he’d flown into a particularly horrible rage, my stepfather demanded I go live with my father. Logistically, he knew I was the easiest to cast away, so after a 14-hour drive north, I moved in with a stranger who was unequipped to be a single father.

Try as he might, my father struggled at parenting, and I landed in the Arizona foster care system at age 16. In foster care, “support” ended on either your 18th birthday, or your graduation day, whichever came second. I celebrated graduation night in a new apartment I’d leased with a friend from school and her boyfriend. We quickly learned that our paltry paychecks caused intense fights over money, and we defaulted on the rent. Quickly, we were evicted. 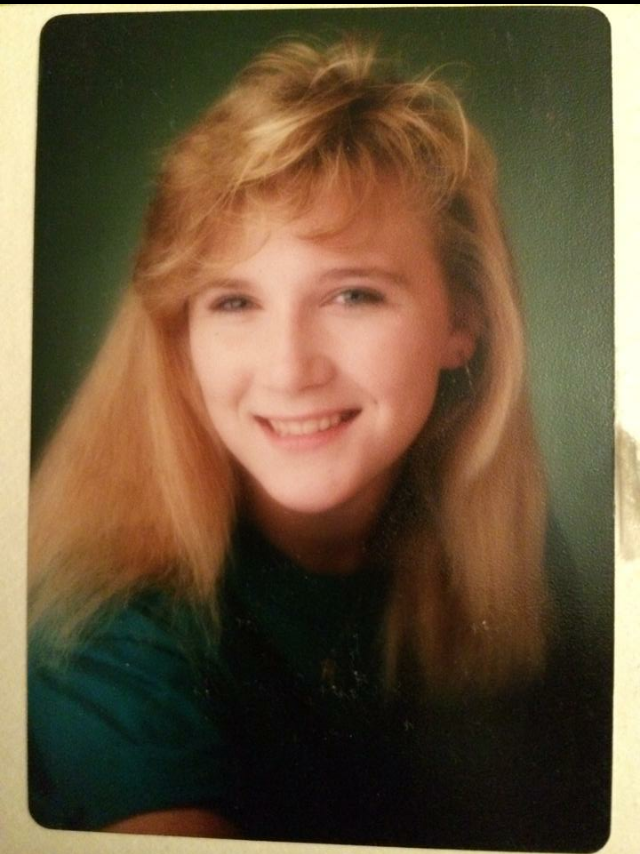 I’d been moonlighting at a Dairy Queen and a local movie theater, not only for the minimum wage, but also for the endless ice cream, nachos, and popcorn, which had become my main sustenance. I had no car and relied on the city bus. Without an apartment and barely scraping by, I became desperate and moved back in with my once-sexually abusive father. For the previous two years, we’d lived under a court-ordered restraining order, and although it was now lifted, I felt like the criminal.

The first night back at my father’s house, we talked candidly about the abuse and, with tears in his eyes, he promised he’d never hurt me again. He installed a deadbolt on the door of the spare room that could only be locked or unlocked from the inside. I believed it wasn’t that he didn’t trust himself, but that he installed it for my peace of mind. I didn’t trust him, but what choice did I have? Still, I placed a jar of pennies in front of the door each night after I bolted it.

Things were going well enough, considering the circumstances, until four months later, when my father told me he’d failed one of his court-ordered drug tests—marijuana. He was ordered to attend an eight-week inpatient drug treatment program. He’d certainly lose his job because of his extended absence and, as result, the house he was renting. I had one day to get my stuff, my cat, and get out.

I was homeless again, but this time there was no answer. My best friend at the time let me stay with her, but I quickly wore out my welcome with her mother. After they asked me to leave, I started staying at work hours after I’d clocked out to kill time and to see if one of my coworkers would take pity on me for a night. Without their knowing, I’d sleep in the backseats of the cars of my friends whom I knew were late risers; I’d be gone before the sun rose. I slept on the couch in the manager’s office of the movie theater where I worked. As each day passed, I became more desperate. The little money I made went quickly, as I learned the hard way that being homeless was actually expensive.

When I didn’t think things could get worse, I was fired from Dairy Queen, leaving me with only my movie theater job, which paid a minimum wage of $3.80 an hour for 25 hours a week. I scrambled to find another job, but without a car, address, or phone number, it seemed impossible. I took every extra shift I could, but saving for a minimum $500 deposit for a new place was never going to happen when I earned $95 a week. I sold everything of value that I owned: jewelry my grandfather had given me, books I’d had for years—even my clothes. When I wasn’t working, I was at the public library, riding the bus around town, or stealing a free movie at the theater. No one I knew could offer a solution.

In an act of absolute desperation, I sought out a girl from high school I’d heard had become a prostitute; I didn’t have the body to be a stripper. I cried when I asked her how she’d done it and explained that I just really needed a place to live. She interrupted me, saying she could introduce me to some people, but wouldn’t. Instead, she would take me to meet someone who could actually help me out, her ex-boyfriend, an Air Force recruiter.

The idea of joining the military had never crossed my mind. I didn’t know the first thing about the armed services, but if it would help, I was interested. The morning after speaking with my friend, I met the Air Force recruiter who gave me the Armed Services Vocational Aptitude Battery test. He wanted to call me with the results in a few days, but having no phone number to give him, I had to return to his office. 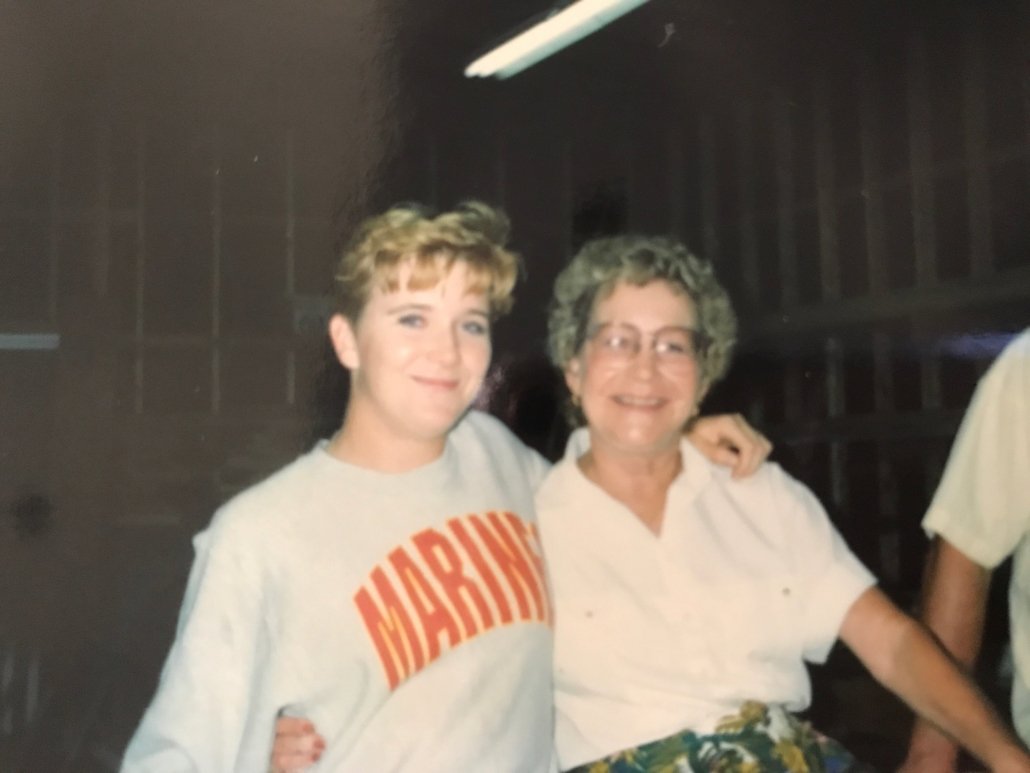 The author with her grandmother, Lillian. The photograph was taken six months after Joy joined the Marine Corps. Courtesy of Joy Craig

Two days later, the recruiter told me my score was “about average” and that maybe he could find me an administrative job in the Air Force, “…nothing too technical though.” He was condescending and smug, but I needed money. We scheduled a followup meeting to discuss specialties, but I was prepared to sign a four-year contract regardless. After I took time from work and rode the hot city bus across town; he stood me up.

Tears of frustration welled in my eyes as I left the office complex. Furious and desperate, I headed to catch the bus back to my pathetic job where I’d eat more pathetic popcorn. When I saw it pulling away from the stop, ensuring I’d be late for work, I let the tears loose. I turned back to find a phone to call someone for a ride. I rounded a corner and smacked right into the chest of a six-foot tall Marine recruiter with a shocking red stripe running down the legs of his crisp, blue trousers.

The following morning, I signed a six-year contract for a technical specialty, but only after he agreed to help find a home for my cat. I departed for boot camp three weeks later. During those early, particularly chaotic days of Marine Corps Boot Camp, while my platoon-mates were dealing with shock and regret, I was grateful. Quitting was never an option since I had nothing to return to.

Since those early days at boot camp, I’ve never been hungry and I’ve always had a roof over my head. Every day has been a financial struggle, but I’ve provided a good life for my daughters. Looking back now, I know that I owe everything I have to the Marine Corps for lifting me out of the hole I’d found myself in. Although I periodically butted heads with individuals within the Corps, my deep gratitude to the service never wavered. Twenty-three years later, I retired in the very courtyard at Parris Island where I’d become a Marine. And while I fall asleep each night knowing the roof over my head is secure, it’s never far from my thoughts how fragile that arrangement can be. 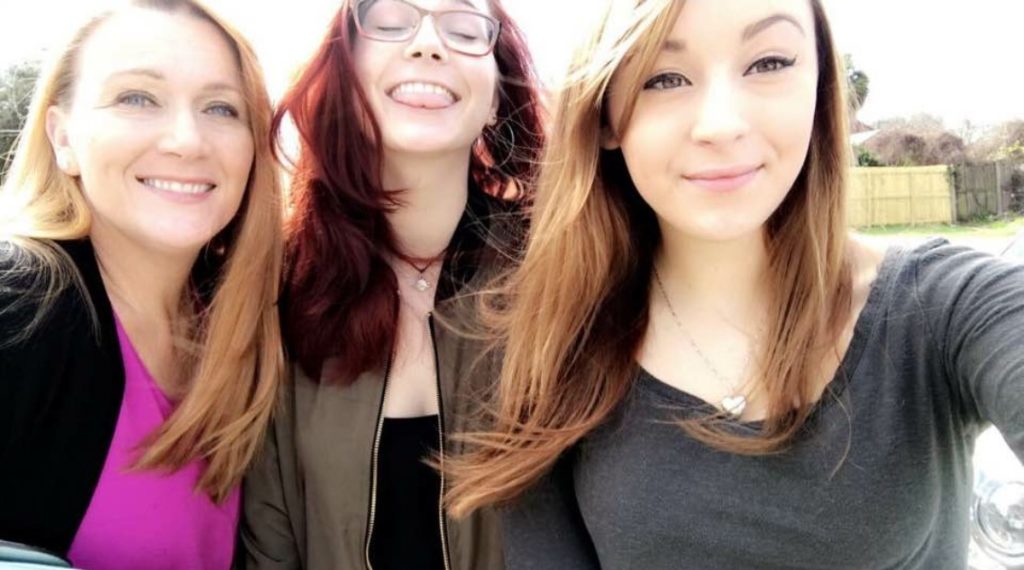 Joy Craig with her daughters, Mariah and Nevada. Courtesy of Joy Craig

“They Weren’t Supposed to Die”—Losing a Soldier to Mishap at the Army National Training Center
Misfire. “My Friends Are Dying. And I Can’t Save Them.”