I need to share a secret. There’s something I miss on long drives to work and days that never end. It’s that feeling, the mostly unachievable sensation you feel in the heart of combat.

I’m not talking about the adrenaline, or the notion of being all-powerful and vast in the midst of your brotherhood. Those types of feelings are hard-earned, paid for by long nights and hot days. With constant patrols, perpetual close calls, we earned the feeling of being great from the trials of combat. But that’s not what I am referring to either.

I am talking about that once-in-a-while belief that you are invincible. These feelings are usually quickly swept away by fear or guilt, or even by a worse outcome. However, every blue moon there was that mere moment amongst my family of Marines when we all were able to look at each other and burst out laughing with glee. Somehow, we came out unscathed with a few beat-up trucks and close calls, the times that we named “Hell Night” because we knew those moments would live on forever in our minds. 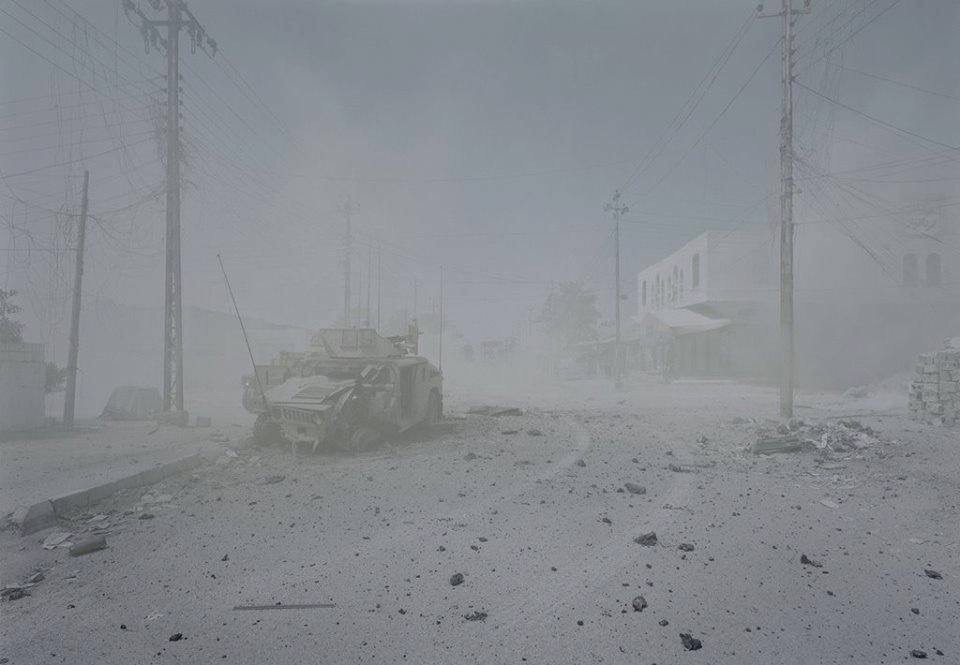 Truck 1 in a four-vehicle convoy struck by an IED during combat patrol in Ramadi. Courtesy of Jeffrey Sabins

My deepest and darkest secret, one that at times haunts me even still, is that I miss those times. If given a chance to go back, I might just say yes.

My experience as a gunnery sergeant in the Marine Corps includes tours to Fallujah, Ramadi, and Marjah early on in my career. As a machine gunner, I spent a great deal of time in the turret. Looking for IEDs, trying to spot enemy fighters, and returning immediate fire when finding ourselves in a bad situation, I felt important. Fellow brothers would thank me for getting them out of a bind. Officers would congratulate me when killing enemy fighters and shutting down hasty ambushes. Being in a position of turning battles from a lost cause to a small win was a great feeling.

But there are many times when fighting wars has no glory. We didn’t always feel like winners, and dark times were on the rise. All I could think about was getting home and never returning. Strangely enough, months after I got home to my family in North Carolina or Virginia, all I could think about was getting back overseas. Though that changed when a different battle presented itself to me and my family, a month after returning from Afghanistan. A new fight I never expected. 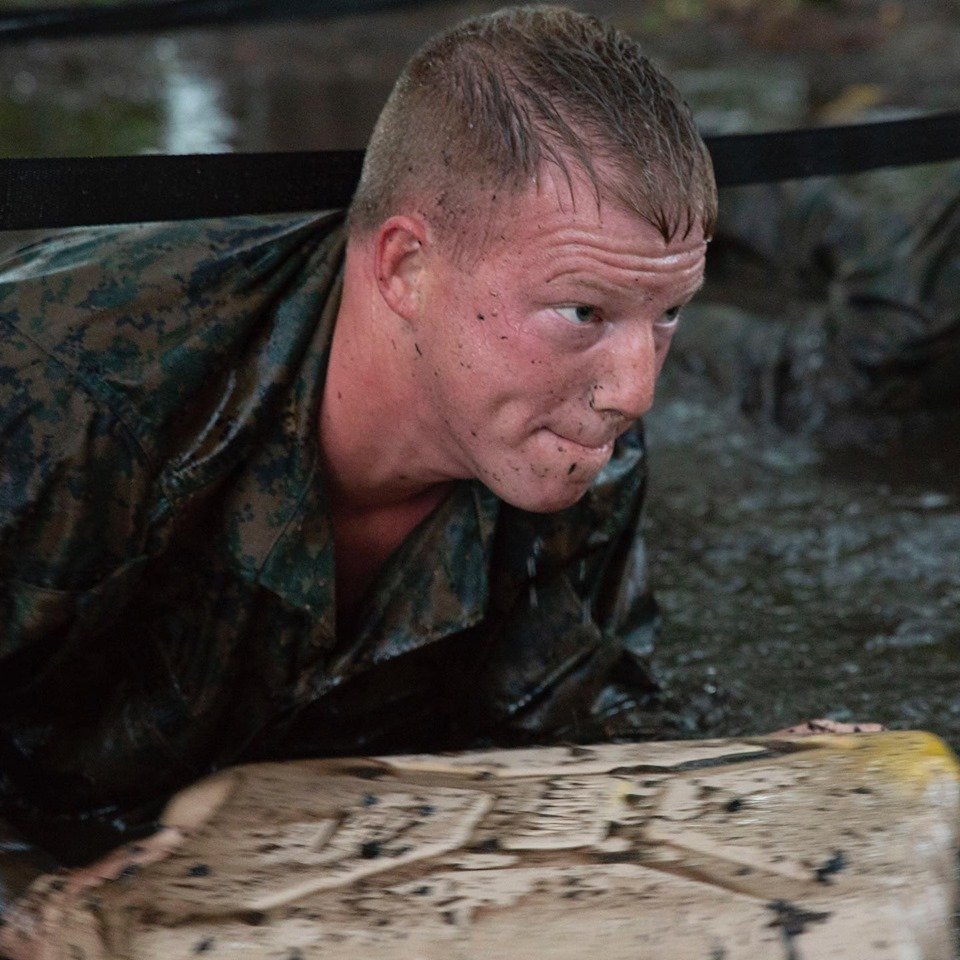 Sabins at a training exercise with Marine Forces Command this year. Courtesy of MARFORCOM Combat Camera

While my wife Kelli and I prepared to go to the annual Marine Corps Birthday Ball celebration, which we always attended, our 2-year-old son Carter mysteriously lay down at the bottom of the stairs. He was motionless, staring into the ceiling as though mesmerized by the most fascinating image he’d ever imagined. No sound, no touch, nothing could make him move. With Kelli’s parents there to babysit our two children, they could tell immediately that something was wrong with Carter that we had not noticed. Instead of getting ready for the event, we took Carter to the emergency room.

Upon arrival at the base hospital, it was quickly determined that Carter had a peach-sized brain tumor that could be catastrophic if not treated quickly. Fast forward 36 days later at UNC Chapel Hill; after two brain surgeries, a severe brain infection, and countless prayers and tears, Carter was able to come home and start his recovery process.

My son had to relearn how to walk, talk, and be a kid all over again. It was as though he were a newborn baby in a two-year-old body. This was a battle on the homefront.

Three years later, Carter was well into his recovery phase. He could walk, he could talk, he could play, but he needed therapy—for everything. Physical therapy, occupational therapy, and speech therapy every week. There were still a few things we had questions about, and we wondered why he did certain things. Eventually, when Carter turned five, in 2014, he was diagnosed with high-functioning autism. You see, there was always a little something that Kelli and I questioned when he was younger before the brain tumor was even detected. Why he always played by himself. Why he fiddled with his fingers so much, something we now know is stimming. Why he categorized everything and had a super tantrum if we made him stop an activity or moved his blocks. 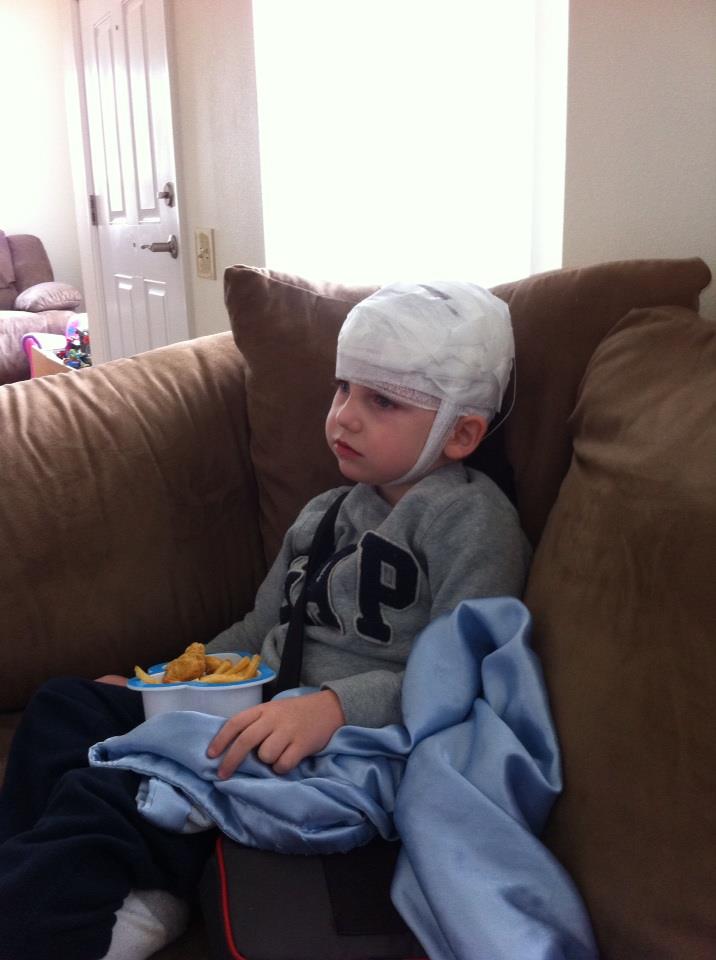 Carter now receives applied behavioral analysis therapy, and he does great. He still has his Carterisms, things that make him who he is. He still stims, he still likes things a certain way, and we are working with the tantrums and the social skills. There are things about him that are so amazing, and we could never have expected for any of this to happen. Carter has taught himself Spanish with his iPad and is currently working on French. Do you know how hard it is when all of the televisions in your house are changed to different languages and only your son can change them back? With him being so intelligent, amazing things happen daily. For us, it is such a blessing for a child who has gone through so much trauma early in his life finally begin to thrive.

Back to my secret. That desire. It was something I could not shake, something that never left my thoughts, despite everything my family was going through with my son. Every time I heard about another opportunity to deploy, I thought about how I could make it happen. And not just wanting to, but the absolute feeling of needing to. In 2018 as a gunnery sergeant, it finally happened. 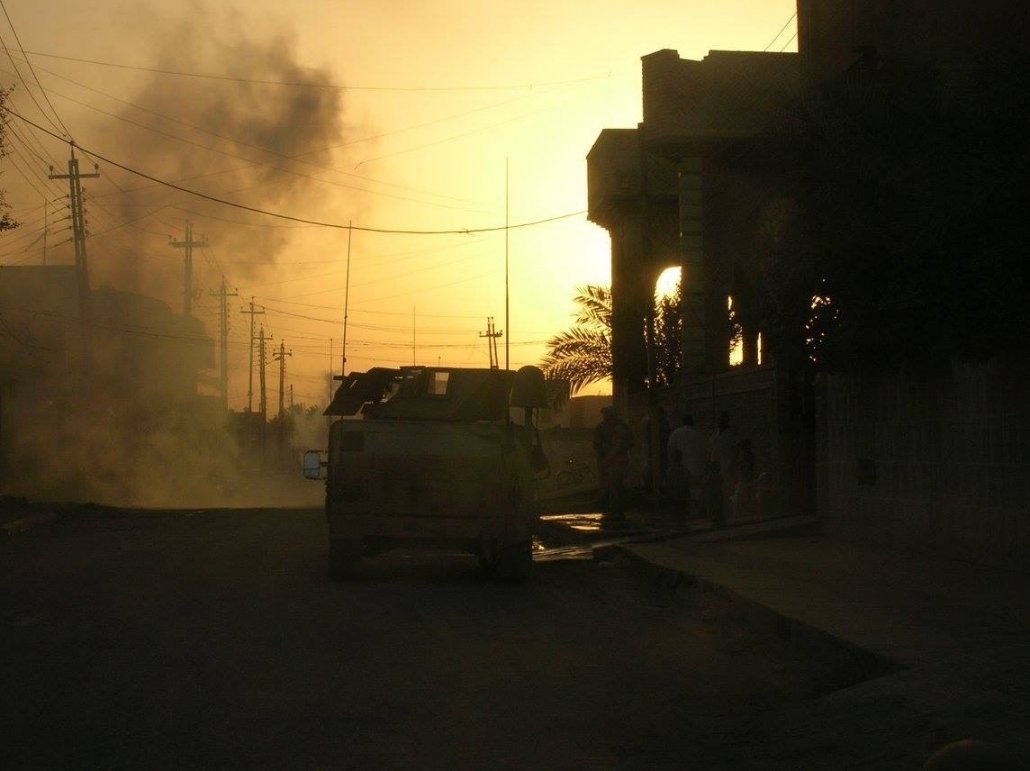 The scene outside as Sabins conducted a meeting with leadership in a nearby building in Ramadi. Courtesy of Jeffrey Sabins

My family and I felt that Carter was stronger and on a good path. He maintained a daily routine and barely had behavioral or physical issues.  So, when a chance to go to the Horn of Africa presented itself, and after discussing it with my wife, I took it. I was fulfilling my destiny, doing what a Marine was supposed to do. I felt wanted again.

When I left, however, I realized the consequences of my decision. Carter’s improvements seemed to reverse, spiraling downwards into a world of unhappiness. Years of therapies began to disappear. He had to leave school and became angry at everyone. His entire life was in shambles because of my own needs. This, I regret. I regret every single day, because I cannot imagine why I did that to my family, my blood. I felt like a failure and was at a complete loss for words regarding my decision. 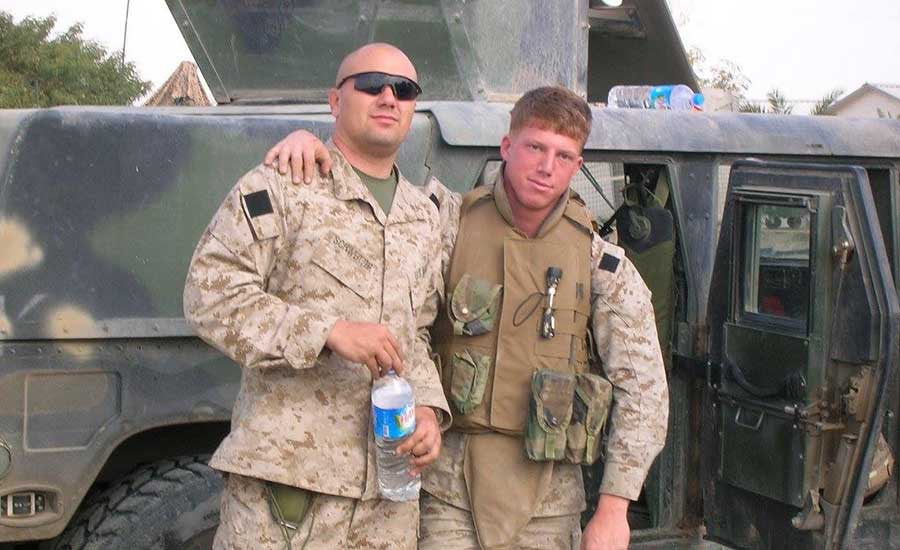 Sabins on the right, during a deployment in Iraq. Courtesy of Jeffrey Sabins

After returning home five months later, things began to get back on track. Carter started to behave like himself again and I decided deploying was no longer an option, at least not for a while. I had to make a choice that benefited everyone, not just myself. We moved back home to Tennessee, where Kelli was from and where my family could become my only priority, as I was on a twilight tour as an instructor and inspector, a few years from being done with service. Do I still have regrets about leaving my family for Africa? Absolutely I do, all the time.

But I still think about deploying again. Sadly, I’m not entirely sure if I could say no if presented with the chance. This is all I’ve ever known, the only life I’ve ever lived. Even though I am on a direct path to retirement, even though I know what kind of turmoil it causes at home, that sickening and desperate feeling in the back of my mind—it’s there. What’s one more?

An Army Interrogator, His Grandfather, and a Bond Across Two Wars
“Wars Are Real, Bullets Can Kill.”—Recalling the Death of My ...

Transformative. Rejuvenating. Inspirational. The Impact of The War Horse Writing...
Scroll to top