Between February 2012 to September 2012, three big things happened to me, around me, in two-week intervals.

The first came when my father died two weeks into my deployment. My lieutenant and squadron commanding officer knocked on my “can” (containerized housing unit) door late one night and upon seeing their faces, I knew he was dying. My father had battled cancer for three years, and when I volunteered for this deployment, I knew there was a risk I’d never see him again. 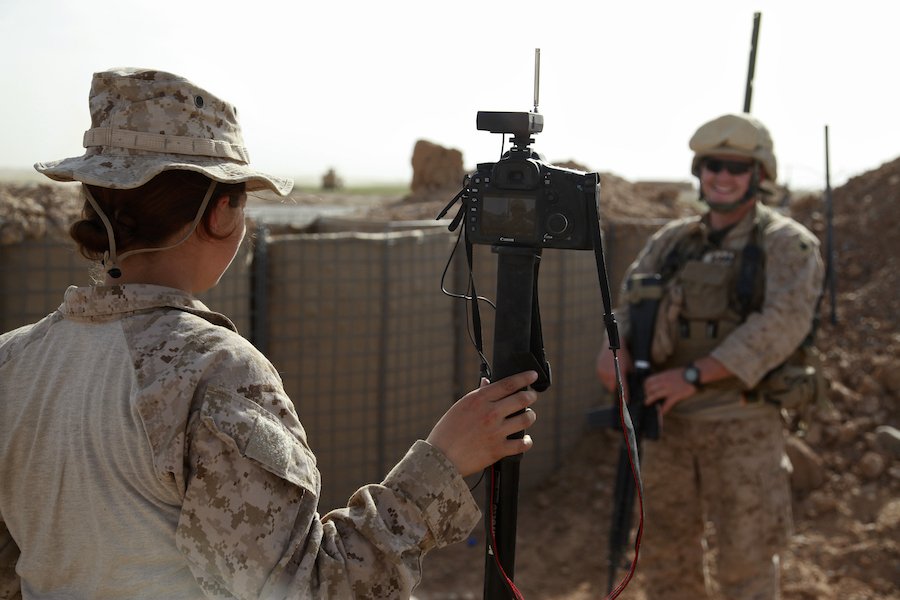 From Kandahar, Afghanistan, I called home. My mother passed the phone to my dad. He couldn’t speak at all, but when he heard my voice, he made this happy noise, a choked, strangled, kind of groan. That was the last time I spoke to him. I was somewhere between Kandahar and Kuwait aboard a big Air Force cargo plane when he died. At the tiny passenger terminal, I powered on my Kindle, logged onto the wifi, and found that, on Facebook, my uncle had posted the news. My father was dead. I didn’t make it home in time to say goodbye.

The rest is a haze of grief. I remember sobbing, almost screaming, in a bathroom. I wept and stumbled my way through his funeral. I held hands with my sisters as we cast his ashes off the coast of his favorite place, Balboa Island, California, along with the ashes of the golden retrievers we’d raised and lost along the way so he and the dogs could be together. Then I returned to my appointed place of duty, a numb shell of myself.

READ MORE
Losing Sense Of Self One Suicide At A Time

With a few grief pamphlets and a generous prescription of Ambien, I resumed public affair-ing my way around Helmand Province, churning out “news” and photos. This felt like a monumental effort for someone who could scarcely drag herself out of bed in the morning, who struggled to perform the basic functions of human life day after day.

The second thing came two weeks after I returned to Leatherneck. A good friend of mine, a young man I’d hugged fiercely as I made him promise he’d still be there when I returned, had been killed while attending a training course in Texas. A soldier had invited my friend to his house, then he decided it would be a lark to point a gun at my friend’s chest and pull the trigger. 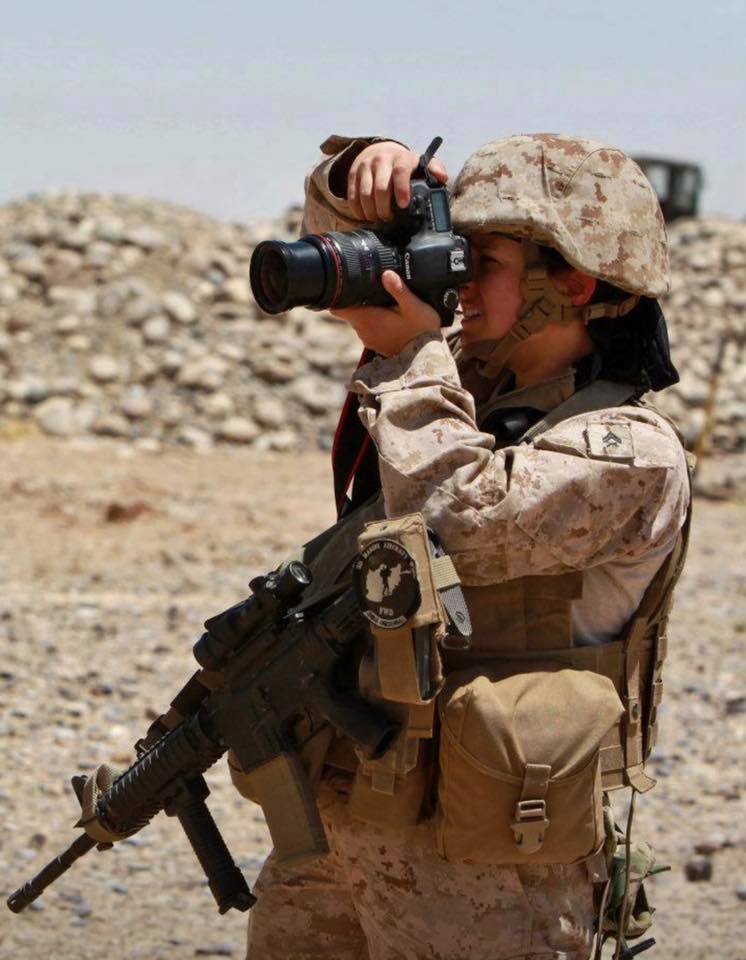 The author works her combat correspondent job in Afghanistan in 2012. Photo courtesy of the author.

Three years of watching my father slowly die, losing him during a deployment I volunteered for, and now this. My friend was the epitome of “too good for this world, too pure.” I was the one in a combat zone. I was the one in danger, not him—not this young man who’d only just broken free of his restrictive religious upbringing to discover the whole world. It wasn’t right.

I dragged myself from place to place, story to story, never more than half committed to the job at hand. For the most part, my camera stayed down at my side. I got what was needed and nothing more. I couldn’t see the photos anymore. My camera weighed heavily, my interview questions were by rote. Once I completed the bare minimum, I retreated into myself.

Shame swirled with my grief. Weakness of any sort is not welcome in the Marines, and I sensed the frustration of my public affairs counterparts. Intellectually, I knew I was “sandbagging it,” as they say, yet the well of strength I relied on was tapped.

On July 7, 2012, like my dead friend, I, too, became the victim of an out-of-control soldier. While manning a sentry post at the chow hall, I asked a soldier a question in the wrong tone of voice. We argued. He exploded. He beat me mercilessly before bystanders intervened. He was arrested; I was carted to the Role 3 Multinational Medical Unit at Kandahar Airfield, the trauma hospital. The harried doctor was disinterested in my paltry wounds—a sprained shoulder, massive bruises, abrasions, and a bloody gash on the back of my head from where my attacker had pummeled me against the corner of a concrete IDF (indirect fire) bunker. That I had lost consciousness and probably needed stitches was of no concern to this doctor, so he sent me away with a 72-hour sick-in-quarters chit.

I called my mother that night, and, according to her, I slurred my words and said things out of order, so she instructed me to get a second opinion. My squadron’s flight surgeon diagnosed my traumatic brain injury and shuffled me off to the Leatherneck Wounded Warrior Battalion, where I was put under a battery of tests and checkups. I refused to stay in the battalion because “beaten while defending freedom at the chow hall” doesn’t have a nice ring to it.

The TBI demolished my ability to write a coherent sentence; headaches, vision problems, and motion sickness plagued my ability to take photos; and my entire sense of self was destroyed. I drew down on my attacker when he rushed me, but I hesitated. I never even chambered a round because the situation was so utterly incomprehensible—I’d simply frozen and he’d batted my weapon away like it was nothing to him.

I was a failed combat correspondent, a failed daughter, and a failed Marine.

My shop let me work at my own pace after that, they didn’t push me to produce more stories, though I tried to cover a few. I flew with a Super Stallion squadron and took perhaps three photos before spending the rest of the flight vomiting into an empty ammo can. Luckily, my friend in combat camera was there to do the job I couldn’t. I carried that barf-filled ammo can around for at least 45 minutes after the flight, incapable of making the decision to toss it in a dumpster.

VMA-211 was relocating their fighter attack squadron from Kandahar to the Camp Bastion flight line adjacent to Camp Leatherneck. I’d worked with them and had a good point of contact. I didn’t have to fly anywhere or bounce around in an MRAP (mine-resistant, armor-protected vehicle). A few photos, some quotes, and that was it. I could handle that.

I had to capture the squadron commanding officer, Lt. Col. Chris Raible, landing and disembarking from his Harrier. I scurried around, snapping photos, and got perhaps one good one. In it, he’s unguarded, smiling down at another Marine as he clambers out of the aircraft. The focus is a little soft and my framing could have been better, but his expression is honest and happy. 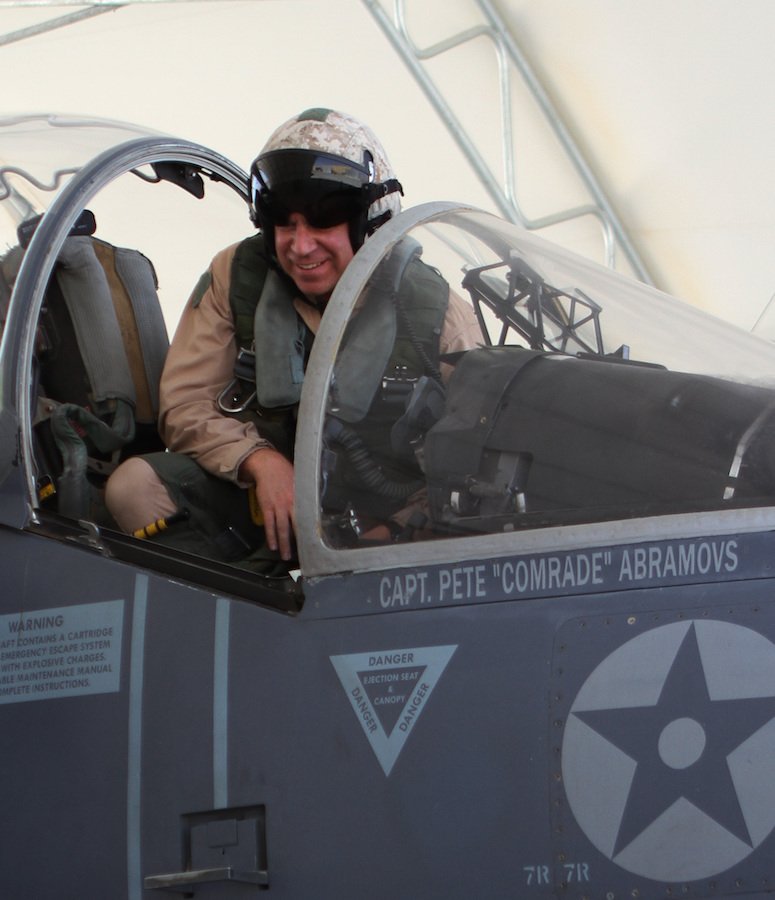 I sought him out for a quick interview, maybe two or three questions. He was tired and surrounded by Marines who all wanted something from him. It was obvious he had no desire to bother with me. Nevertheless, he gave me pitch-perfect public affairs approved answers, and 90 seconds later, we went our separate ways. I wrote the story, edited the photos, and got them released.

The third thing happened after I returned home. About two weeks after my return, news of an attack on Bastion broke. I’d spent so much time with all those squadrons that it felt personal to me. There had to be something I could have done—after a deployment filled with my half-measures—that could have helped. The twin pillars of my time there stood strong: guilt and shame.

More news trickled in, featuring a name I knew. Chris Raible died leading Marines into the fray, armed only with a pistol, along with Sgt. Bradley Atwell. Raible was 40, Atwell was 27.

As I scoured the news for more information, the photo I took popped up again and again. I’d done so little in Afghanistan, yet my strange, soul-crushing course of events led me to taking a photo now inextricably linked to this man’s life and death.

It’s just a fraction of a second when he smiled honestly down at another Marine. I began to wonder if I’d been the unlikely person to take the last picture of Chris Raible. 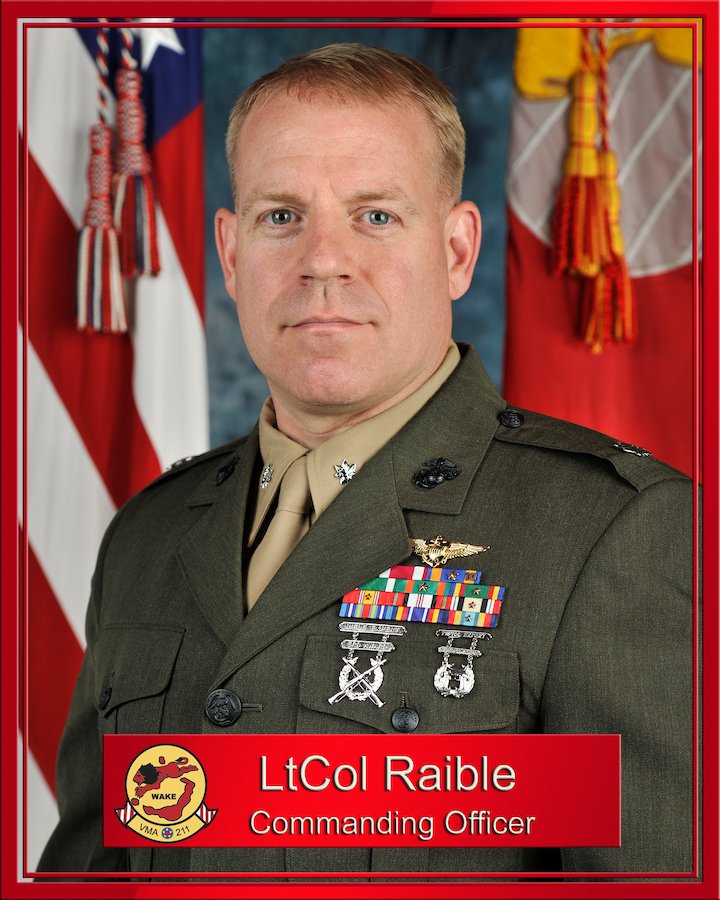 Guilt and shame dogged me for years about everything I hadn’t done in Afghanistan, until I looked at this picture again. For the first time, I wondered if I’d done something worthwhile, however small. I wondered if his family liked the picture, if it was something they looked at and if they smiled along with him, their lost husband, brother, father, and friend.

As we abandon the war in Afghanistan, I think of it and him again. I reached out to his memorial page on Facebook and told them about taking that picture and how patient he had been with me when it was clearly the last thing he wanted to do. His sister, Lona, responded that it was indeed the last picture taken of Chris “Otis” Raible. She said they treasure that picture.

That means more to me than I can put into words.

Our paths crossed so briefly during this war. I’d never claim to know him, but I saw enough of him to know he was good.

We all come to terms with the traumas of war in different ways. We all have different things we have to square ourselves with. I may not have done much in Afghanistan, but I captured the last picture of a good man.

‘I Daydreamed About Being a Hero’
Scroll to top