There was no place in the mental health unit lobby to hide from other Sailors, Marines, or the shackled brig inmates with their armed escorts while I completed my medical history questionnaire. Flat-screen TVs playing network news filled the lobby with an ambient buzz and a blanket of white noise. Most of the chairs were filled with service members quietly scrolling through their phones. I’d found a seat between a Lance Corporal and Sergeant. They’d straightened up when they saw the two silver bars on each collar of my woodland-green Marine Pattern uniform. Deep into the medical history questionnaire, I paused at the consent for treatment and limits of confidentiality sections and hesitated about whether to sign.

Like all relationships, there have been good and bad moments. Sitting in the crowded, impersonal lobby of the mental health unit, at the beginning of my twilight tour, it was the bad moments during my to-that-point 17 years of service that flashed through my head. 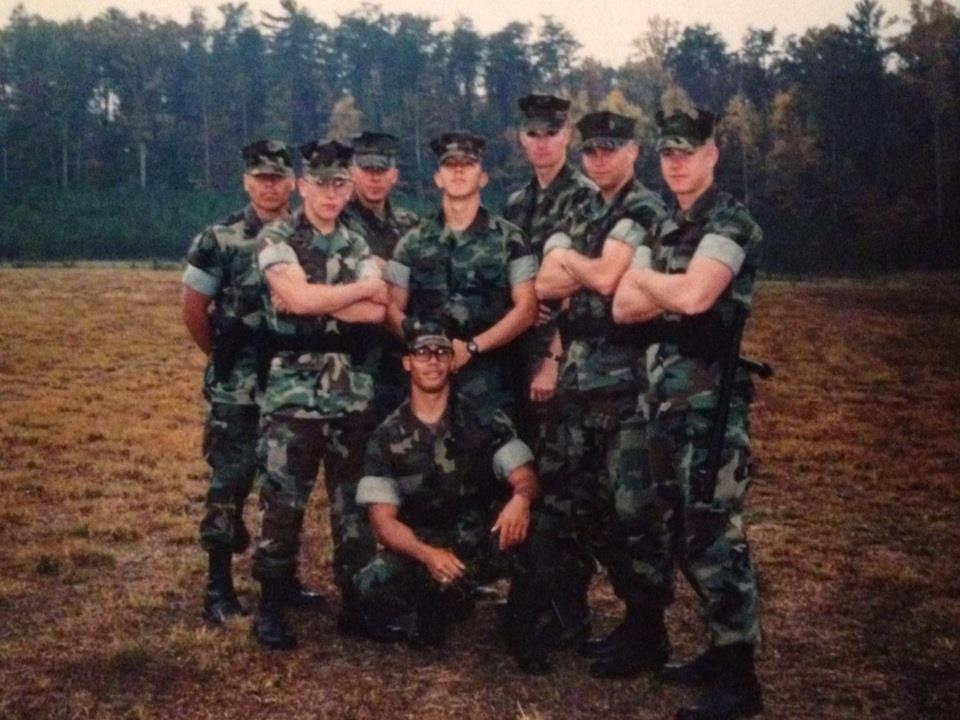 My introduction to Navy culture began during initial training in 1995. My drill instructors warned that “Hot Doc” was fresh from hospital corpsman school and that he couldn’t wait to check a recruit’s core temperature with a rectal thermometer. They begged me not to hydrate so that my temp would rise and “Hot Doc” could stick his silver rod up my butt. Unsure if the procedure was common or not, I drank more water.

My mild distrust blossomed when, a year later, I got to my first duty station, MCAS Futenma, and was sent to dental for a “yuck mouth.” A nasty Class 3 categorization required removal of my wisdom teeth. I grew up in poverty and hadn’t been able to go to the dentist as a kid, and my friends’ horror stories from the dentist had always scared me anyway. I referred to the Lance Corporal Underground Bible in preparation and was prescribed the 1-to-1 ratio of beer from the barracks vending machine to Percocet. 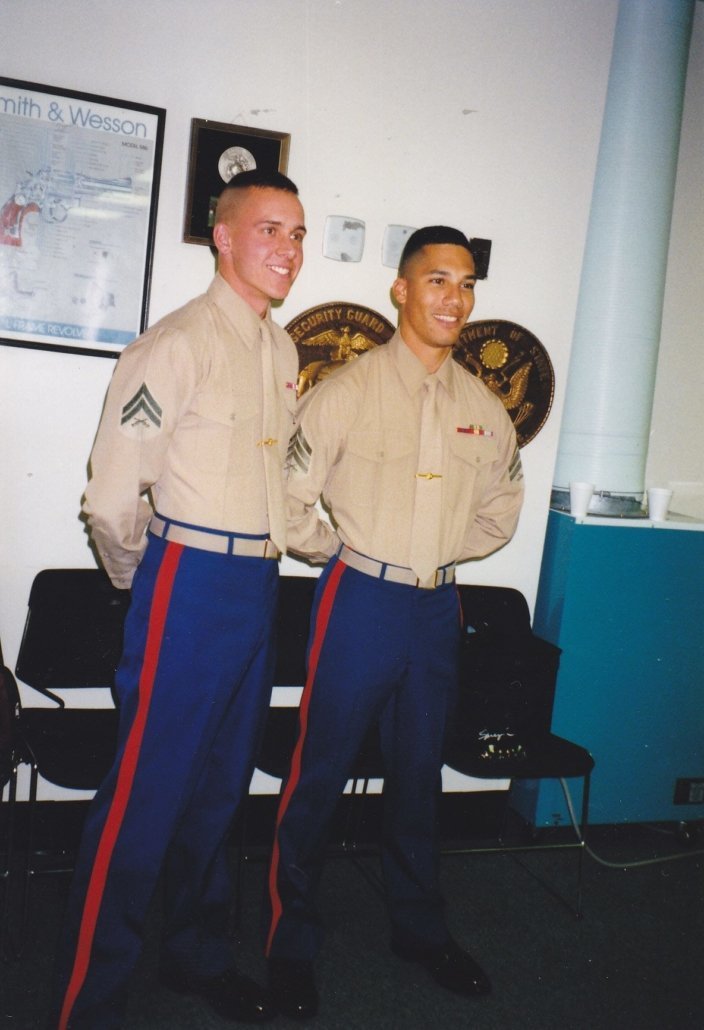 The Dental Clinic Commander was an older man with white hair, and his right eye twitched slightly with each breath. He smiled more than I liked, and when I lay in the chair, he strapped me down as though I’d been sentenced to death by lethal injection. As he tightened the straps, he came in and out of focus as his head bobbed under the operating lamp. He proclaimed we were getting softer as a society, and then he secured a blindfold that was attached to the headrest around my eyes. It came as no surprise that he didn’t believe in using much Novocain.

The way my mouth was positioned, my apologies and screams sounded the same.

He drilled into my bottom right molar until he yelled out an expletive and accused me of purposely bleeding all over his khakis. The top right molar was particularly stubborn. He didn’t weigh much, so to apply more force he jumped up and down. My teeth cracking sounded more like two pieces of Styrofoam rubbing as they do when you pull electronics from their cardboard packaging. For once I was saved by someone’s lack of PT. He was winded after the right side; he said my teeth were some stubborn sons of bitches and that I’d have to reschedule for my remaining wisdom teeth. I waited until he got permanent change of station orders, and even then I hesitated to seek Navy medical attention.

Medical trauma continued throughout my service, until I retired in September 2015. Lost medical and dental records each time I got a PCS required more vaccinations and the complete anthrax series times two. After one hike in Marine Officer Candidate School, the middle toenail on my left foot turned black and began looking like overcooked beef. A fire team of corpsman armed with plyers extracted my toenail. I wondered if the Navy had an aversion to Novocain.

Over the years I got so tired of pushing through the pain, as Marines do. I rarely left my office as an Officer in Charge, and my Marines noticed. Some of them were hurting too. I grew tired of telling them to ask for help, because if I wasn’t getting it, I was sure they wouldn’t either; it wasn’t worth the energy.

“Captain Martínezcuello?” Waking me from my reverie, the Navy psychologist stood in front of me in the lobby of the mental health unit. With no separation from patients waiting to get their audiograms, immunizations, or no-shave chits, everyone in the lobby could see I was there for a mental health appointment.

I followed the tall Navy Lieutenant with blond medium-reg hair into his office: government-issued space, void of any personality, more like a hospital examination room than my image of a therapist’s office, lacking the low-volume soft sounds of Enya on an endless loop. There wasn’t a rug or a couch, just a desk—sans Zen waterfall fountain—with a computer on it. He offered me a seat in a chair I was sure he’d stolen from the lobby. We stared at each other more than we talked that first session. 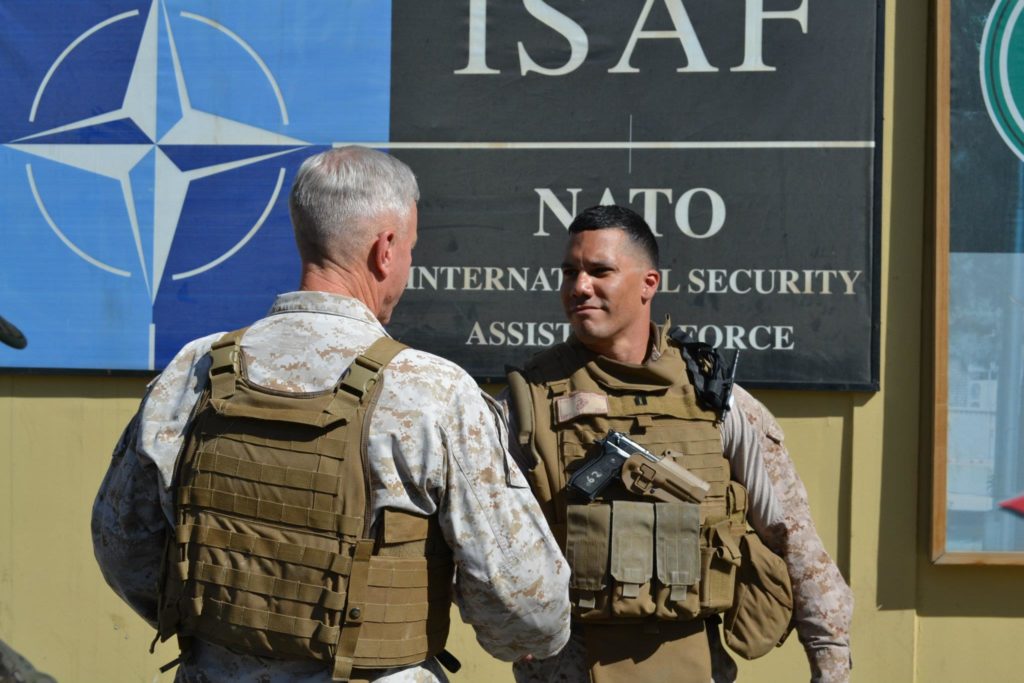 Prior to the Commandant of the Marine Corps departing Kabul, he talks and shakes hands with the author, Captain Francisco Martinezcuello. Francisco served as a Mission Commander with Joint Visitors Bureau Personnel Security Detail, U.S. Forces Afghanistan from April to November, 2011. Courtesy of Francisco Martínezcuello

My bleak outlook on life and my depression didn’t change overnight, but it became manageable as I continued with the Navy psychologist’s recommended treatment of cognitive behavioral therapy. I learned to identify my emotions through the “Wheel of Feel” that I hung up on my office wall. At the heart of the wheel were six wedges of feelings—mad, sad, scared, powerful, and so on. The second level broke down those into secondary feelings—critical, hateful, and so on. And the outermost layer explained the emotion underlying those secondary feelings—skeptical, irritated, and so on. I learned to pinpoint what I was feeling and to read the wheel to understand the underlying emotions I felt about particular events from my service. The better I became at identifying my emotions, the easier it became to process, rather than react.

I’d thought for years that I’d been angry, until the day I cleaned out my office after my retirement ceremony in 2015. Before I unpinned the “Wheel of Feel,” I noticed within the wheel’s “mad” wedge was a partition marked “anger.” My eyes fixated on anger’s outermost slice, labeled “frustrated.” I reflected on my therapy as I unpinned the wheel. I finally had a word for it: frustration. Frustrated with the fact that as a fighting force we knew how to go to war, but we haven’t figured out how to take care of us while we’re there. 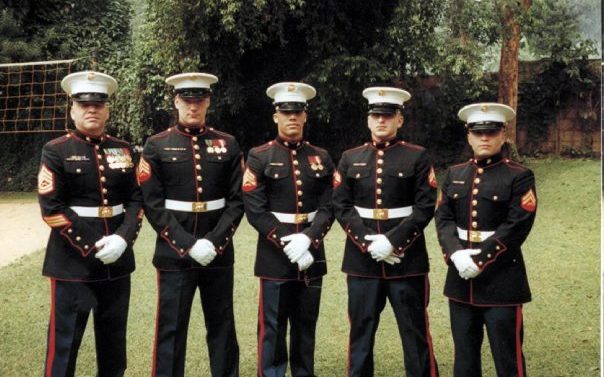 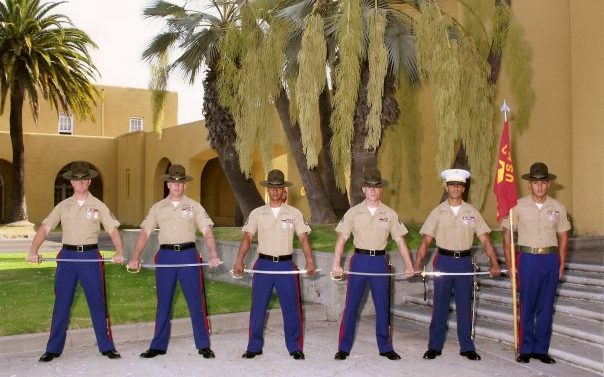 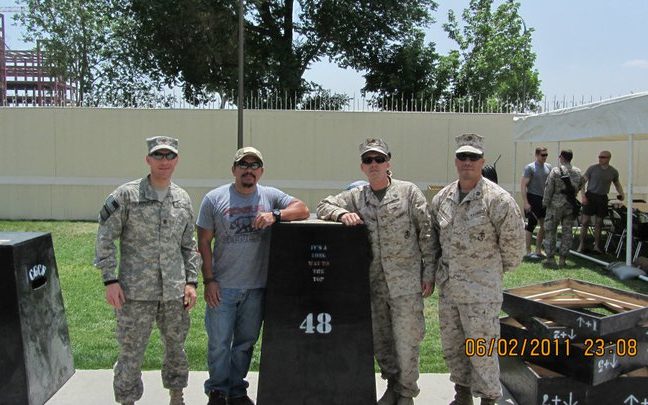 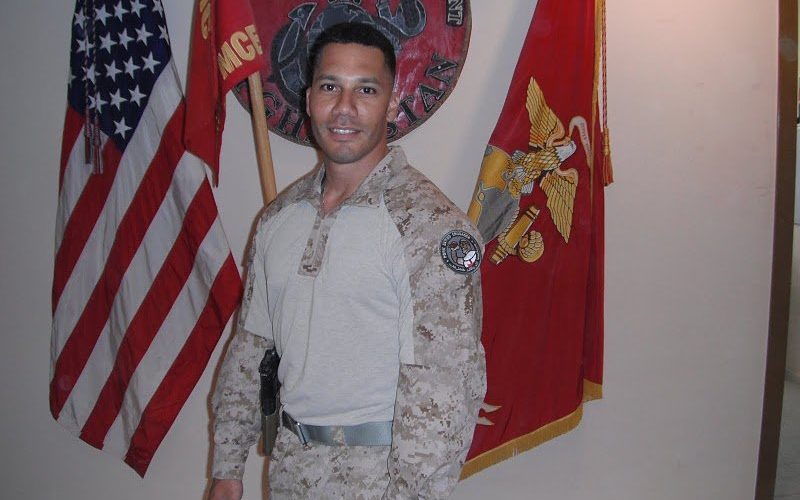 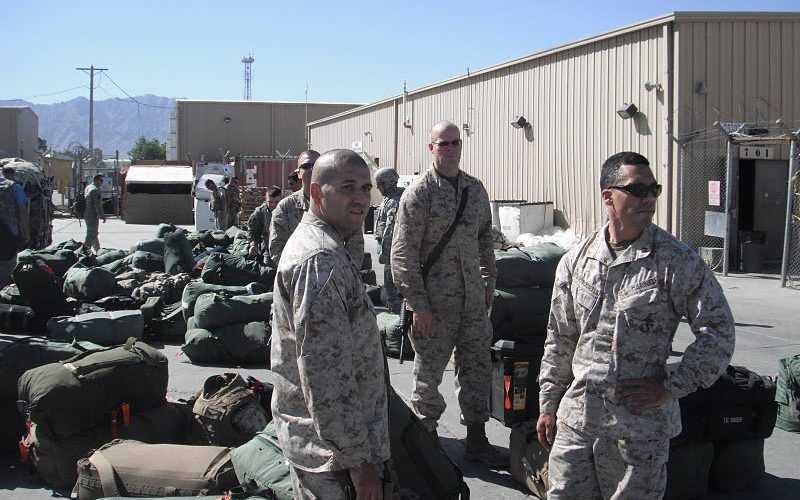 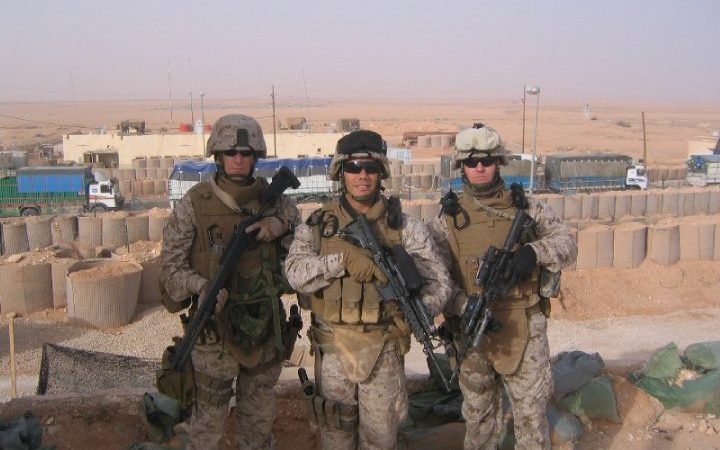 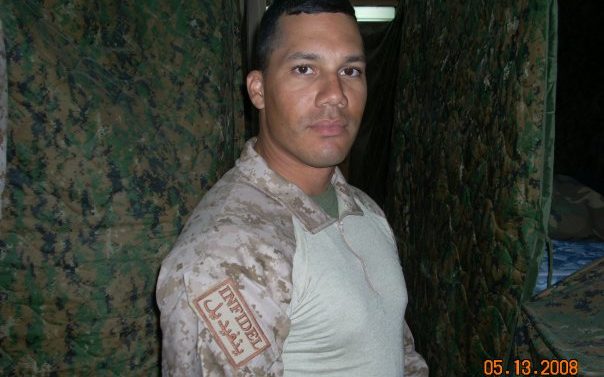 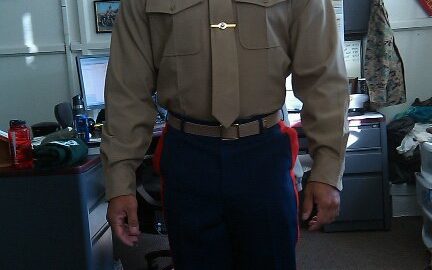 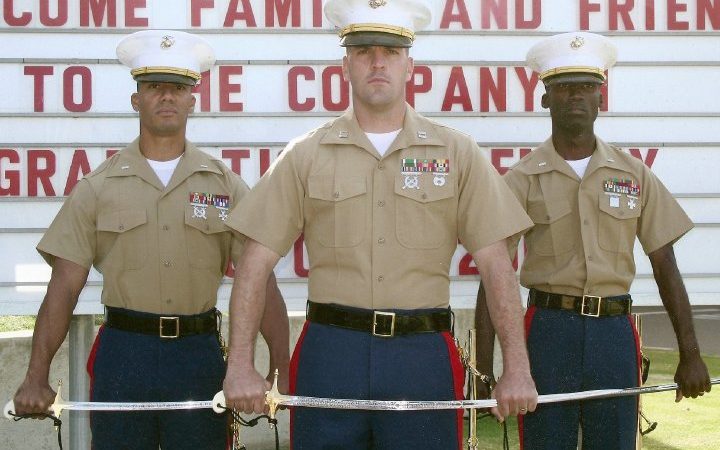 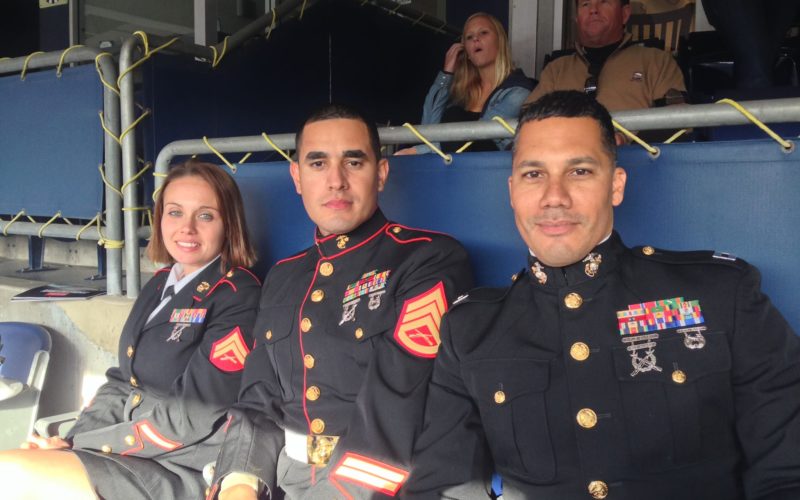 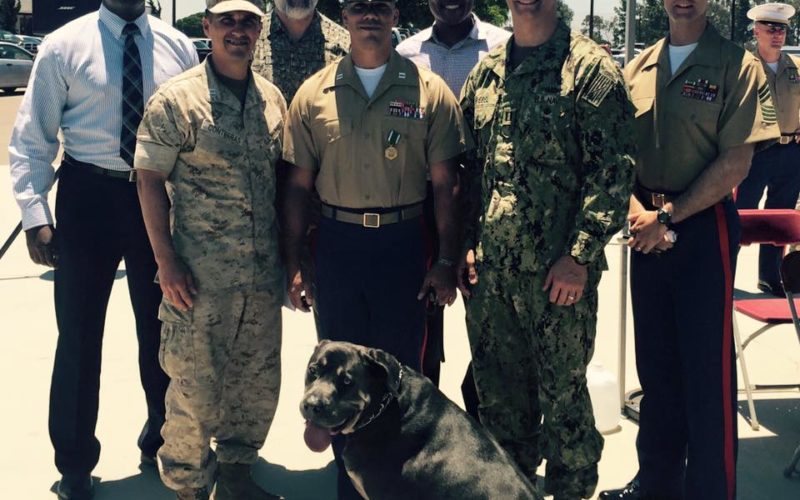 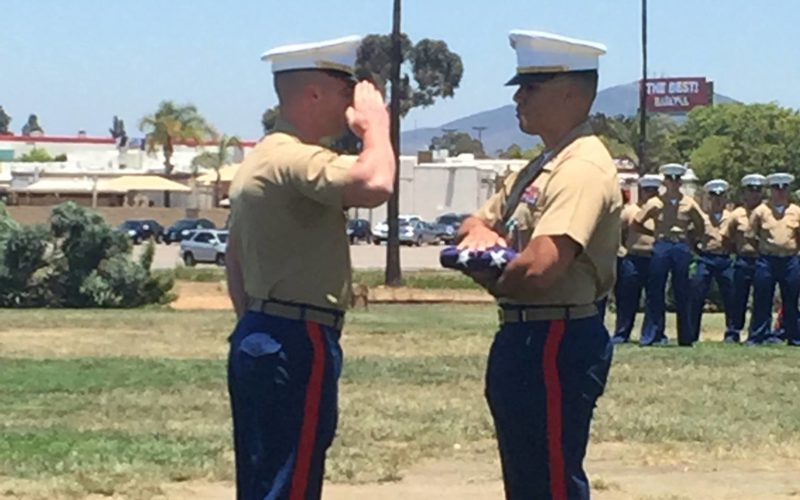 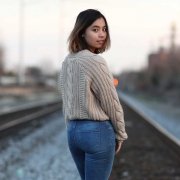 “Hellraisers,” Tinder Dates, and the Curse of the White Cloud
My Heart, a Fallow Field. A Letter to My Unborn Daughter.