The Commandant of the Marine Corps won’t publicly say her name.

“The event is historic and newsworthy. Not her name,” said Lt. Col. Eric Dent, the spokesman for the Commandant of the Marine Corps, after the first woman to graduate from its arduous Infantry Officer’s Course requested anonymity last week.  An audio recording published, and then deleted, by the Defense Department’s media distribution network four days before graduation revealed her name. 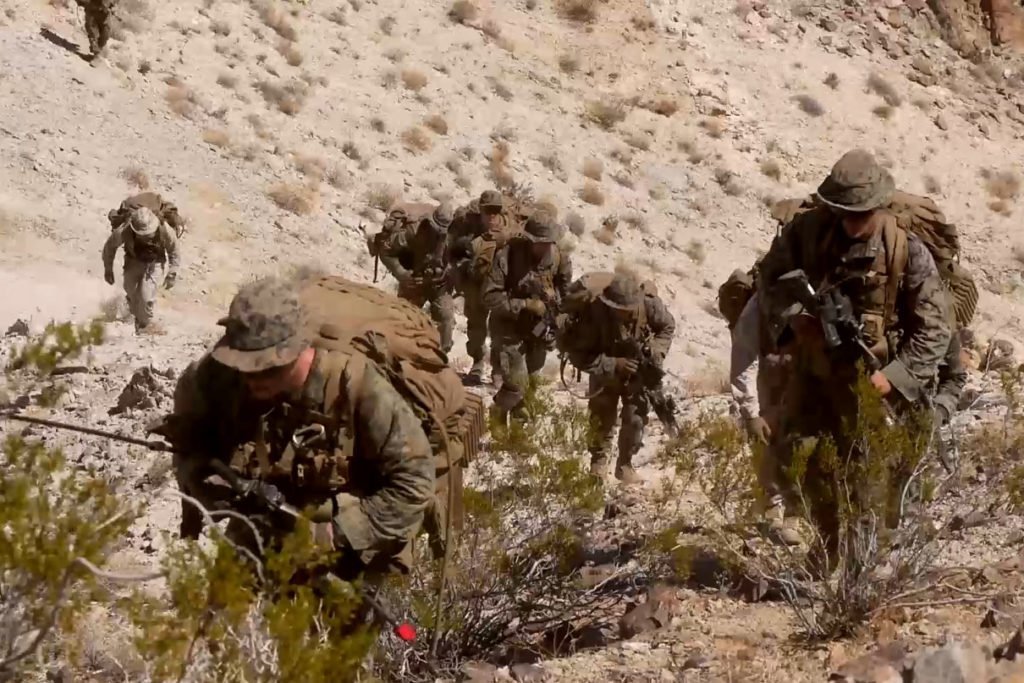 “She didn’t want to express anything,” he said. “She was just happy to have graduated, and to take the next step to go lead Marines. It was that simple.”

READ MORE
The “Toxic” Legacy of Don’t Ask, Don’t Tell and Its Lingering Effects on Veterans and Military Families

When she asked to remain anonymous, the Corps agreed to honor her request. But four days before graduating, “a Marine made a mistake” and published the recording identifying her, according to Lt. Col. Christian Devine, a spokesman for the Corps’ Headquarters.

It’s the last glass ceiling in the Corps, said Joe Plenzler, a retired field grade officer who worked in the Pentagon as a spokesman for the Commandant from 2010 to 2015.

“She finally made it into the club of infantry officers, which is the apex.”

The successes of servicewomen are historically important, Plenzler said, and in the Marines specifically, which has held out against gender integration, her achievement will help pave the way for future generations of female infantry officer hopefuls. It is the only military branch that does not have gender-integrated bootcamp. The U.S. military as a whole has been slow allowing women to hold positions equal to men. Until January 2016, women were prohibited from serving in combat roles.

“This is a historic moment in the history of women in the military, as important as the first female general officer, as the first female fighter pilot,” Plenzler said. “An environment of opacity breeds suspicion. By shrouding her identity, the Marine Corps has counterintuitively increased the pressure on her.

“The Corps should be celebrating her personal story.”

The original post containing the Marine Minute recording has since been deleted by the Marine Corps. A cached version of the page contains both the recording and the transcript, and has been verified as authentic by Marine officials. Two field grade Marine Officers on active duty—one with Training and Education Command and the other with Marine Forces Reserve—confirmed her identity. The Corps denied multiple requests to speak with the first woman infantry officer, and multiple independent attempts to reach her were unsuccessful prior to publication. 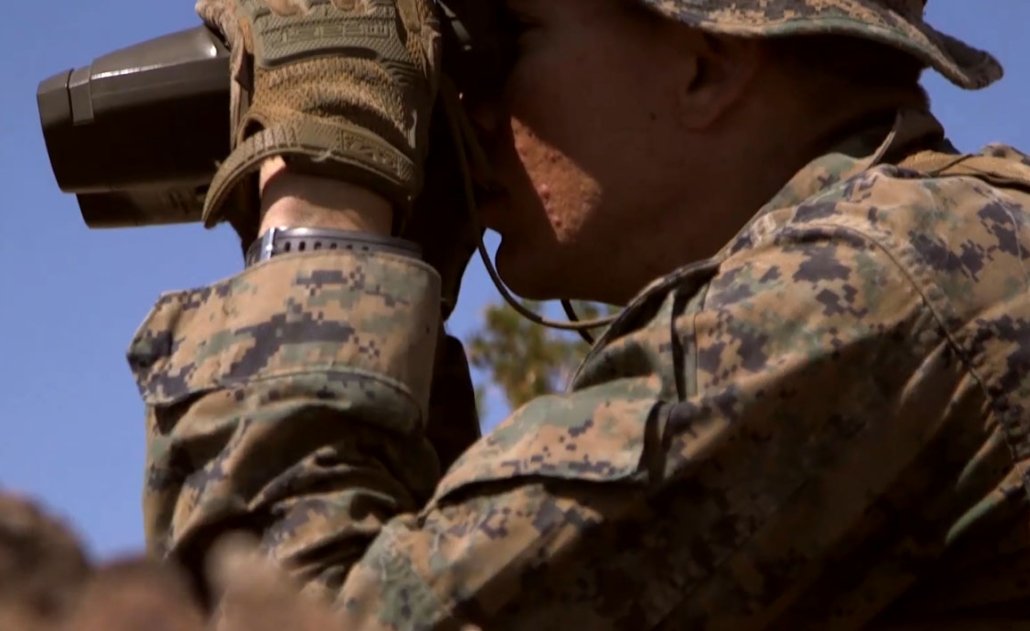 The Corps was founded in 1775 and didn’t allow women to enlist until 1918. That year, Private Opha Mae Johnson became the first woman to sign up. Women have struggled to break into the military at every rank and speciality for the last 100 years. Sarah Burrow became the Corps’ first woman pilot in 1995. In 2015, the Army publicly celebrated that 1st Lt. Shaye Haver and Capt. Kristen Griest became the first women to graduate from the highly-competitive Ranger School. In April 2017, Lillian Polatchek became the first woman Marine to serve as a Tank Officer. It is not standard practice to honor requests for anonymity citing privacy concerns when highlighting a service member’s accomplishments.

“Opha Mae Johnson didn’t have privacy concerns in 1918,” said Dent, the public affairs officer to the Commandant, who declined to comment whether the new lieutenant is at risk of physical or online violence and harassment—an exemption within the Defense Department’s Public Affairs Policy and Regulations Manual that allows personal information to be withheld.

The lieutenant is among an elite group of Marines that have become graduates of a notoriously difficult training regiment. Since 2012, 33 women have attempted the school—29 on an experimental basis between 2012 and 2015. During that same time period, 978 male officers attempted IOC and 692 graduated, according to previous reports. IOC is 13 weeks long and focuses on combat skills and leadership development. The school is hailed as one of the Corps most grueling courses. 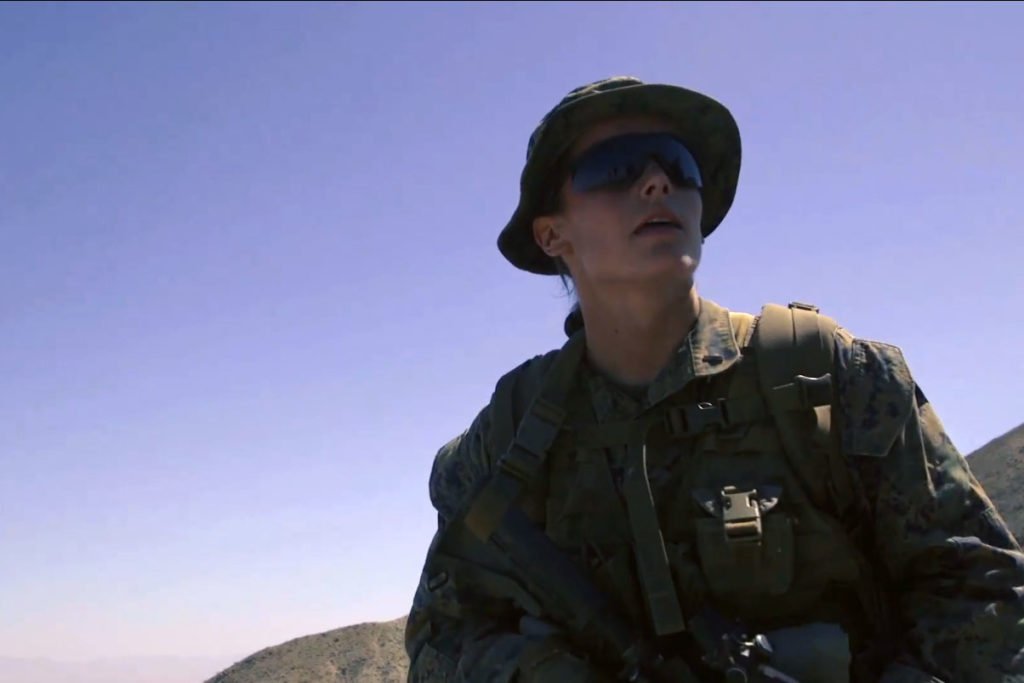 Devine, the spokesman for Headquarters Marine Corps, acknowledged that the digital age heightens privacy concerns and said that the Corps will prepare her on how to handle media attention. “I would think, any Marine—especially any Marine woman—is going to take the impact of the digital environment into consideration.”

The Corps would not discuss whether the lieutenant has specific safety concerns or what they may be.

It’s only a matter of time, Devine said, before her name is enshrined in the history of the Corps and recited by recruits “spouting off knowledge or walking in formation. They’re going to say, ‘who’s the first female infantry Marine officer?’ And it’s going to be this person.

“Recruits will say her name. And we’re going to get there one day.”

Shedding the Shame of Being Called a Military “Dependa”
The Repeal of Don’t Ask, Don’t Tell “Changed Everything&#...