“What have I gotten myself into?” I wondered while tying my shoes. I hated running my entire Army career; voluntarily committing to run daily for 40 days seemed absurd. But I was feeling desperate: Work had gotten overwhelming, running the Center for Women Veterans at the Department of Veterans Affairs, and with the change in administrations, my position felt precarious. Instead of going to the gym, I’d often been hunched over my desk by 6:30 a.m. Worried about a major project, I woke up ridiculously early anyway, anxiously going over details in my head. … Why not go into the office? My clothes were getting tight, too. The bad habits hung together: Stress eating made me feel bad, so I drank more, which messed up my sleep, leaving me too tired to work out, thus worsening my mood. I knew I had to break the cycle, but I couldn’t dredge up the motivation.

Then an article caught my eye: “How Running Every Day for 250 Days (and Counting) Has Changed My Life.” Inspired, I decided to try a run streak: at least one mile a day for 40 days. The short distance and time-limited nature of a streak appealed to me: A mile was roughly 10 minutes, so I could never claim I didn’t have time. And 40 days wasn’t that long, just enough to get back on track. Having a goal would keep me accountable. 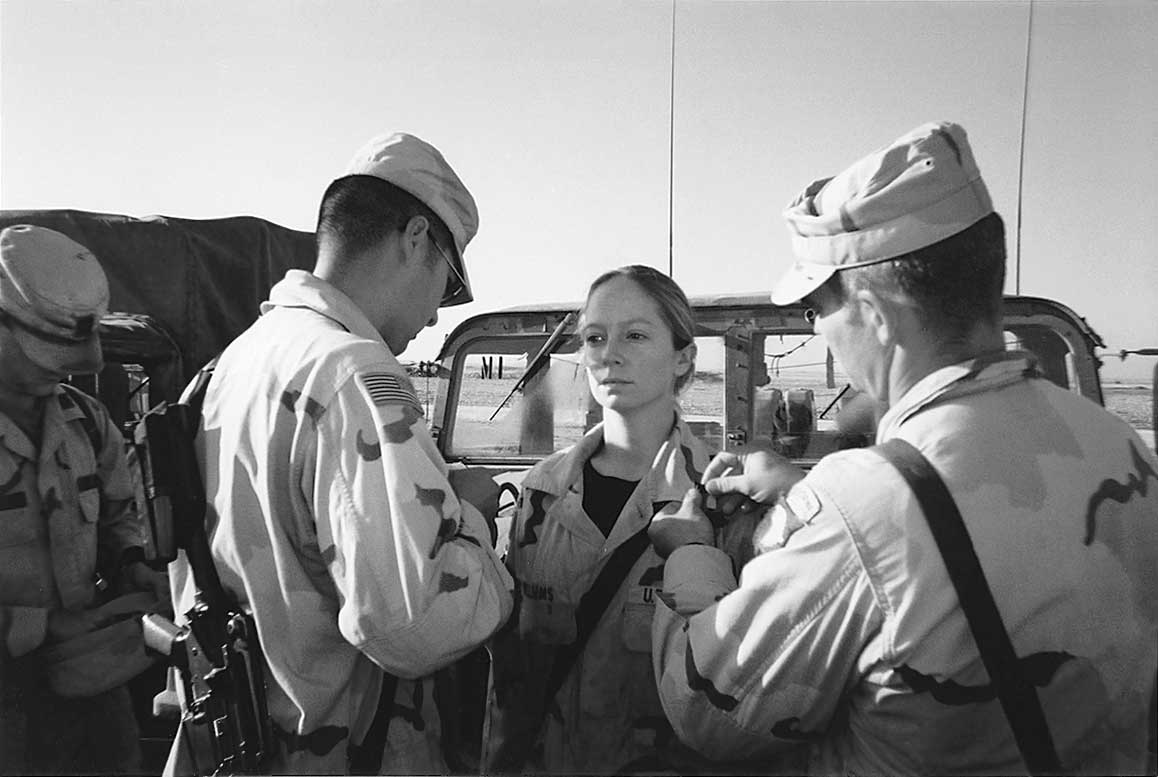 My determination wavered before I made it to the door the first day. “Play with me, Mommy!” my six-year-old daughter chirped excitedly. It was Labor Day 2017, a rare day off for both of us, and her hopeful blue eyes gazing up at me reactivated my chronic low-level guilt over not spending more time with her and her brother. As I hesitated, my husband pushed me: “Go! You really want to do this. You deserve it. You need it.” It was clear to him how anxious I was about work. I left most days before he even woke up, snapped at him and the kids when I got home, nervously shredded the skin on my cuticles.

“How about when I get back, honey? Mommy is going running.” Only slightly aggrieved, she assented. 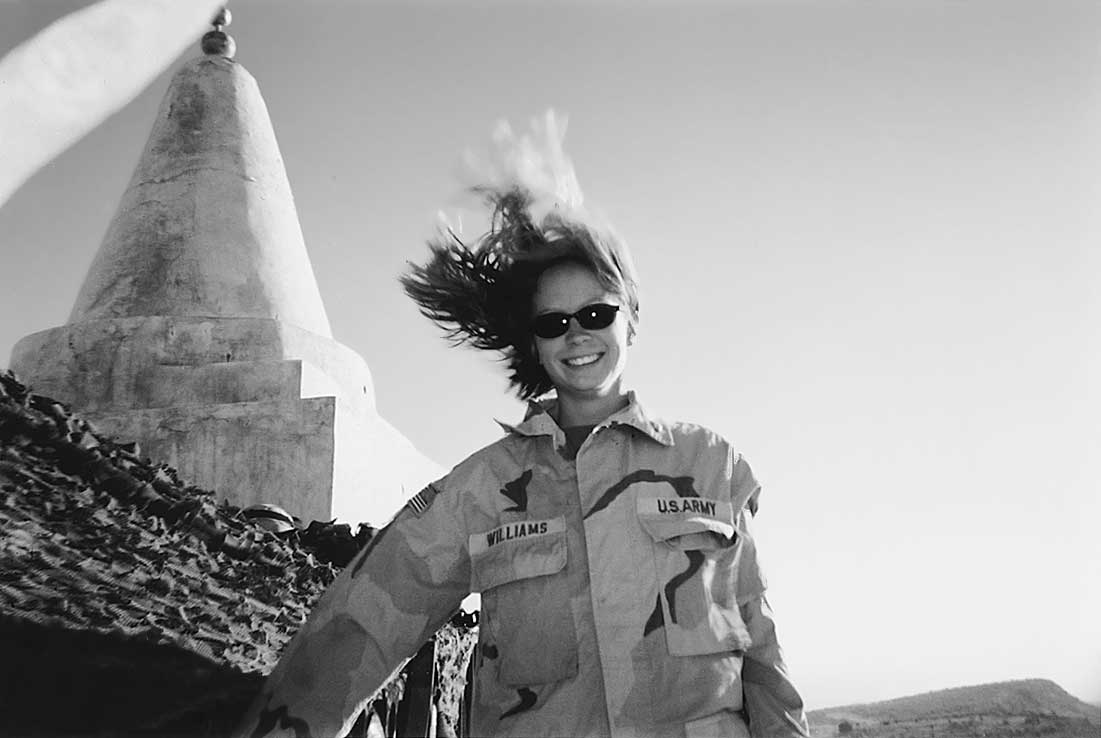 Williams on a particularly windy day near a Yazidi shrine in Iraq, 2003. Photo courtesy of Kayla Williams

Halfway through my planned one-mile route, it was apparent that my assertion had been overconfident—I ended up walking up a gentle hill, embarrassed. I’d once maxed the run portion of the Army physical fitness test; how had I gotten this out of shape? It had been 12 years, but still. The sting of shame pushed me to keep going. I ran again the next day. And the next. Soon I could finish the mile without stopping. Then a mile didn’t seem far enough, and I went farther: 1.5 miles, two miles, three miles. It stopped feeling like something I had to suffer through and started to feel freeing. Running was my time—away from my kids, work, my husband, responsibilities, everyone else’s needs. It was just me, running; watching trees, cars, bushes flick by in my peripheral vision; smelling flowers, rotting leaves, petrichor; hearing my shoes strike sidewalks, mulch, boardwalk; feeling sweat trickle down my back; tasting it drip into my mouth; breathing in time with my stride.

I ran in the late-summer heat, the chilly early autumn rain, in my own neighborhood, through sketchy areas of unfamiliar cities, on creaky hotel treadmills, early in the morning, late in the evening. Day 20, halfway there, sure I would succeed, I finally told my friends; befuddled but supportive, they cheered me on. I bought better running shoes and a new sports bra, wrapped ice packs around achingly tender-to-the-touch shin splints, downloaded an app to track my progress, started running with a friend. On low-motivation days when I had to force myself to go, my mood would buoy the minute I stepped outside, no matter how irritable I felt; I had come to associate the feel of laces between my fingers with the calm to come. Day 40 came and went. I kept going, surprised at myself—I’d assumed that as soon as I hit my target, I would quit. Marveling, I signed up for a 5k instead.

On day 51, I felt fantastic: light, relaxed, cheerful. It struck me that I hadn’t felt that way in … I couldn’t remember how long. I couldn’t recall the last time I’d felt happy. I poked at that realization and what lurked beneath it. It occurred to me that it is not, in fact, normal to wish you would die. Waiting for the light to turn green in traffic while listening to the ticking turn signal, I’d idly wondered whether the kids would be better off if I were dead. Sitting on a plane sandwiched between snoring stranger and plexiglass window, I’d vaguely wished it would crash so I wouldn’t have to do anything anymore. After running every day for nearly two months, I realized that hadn’t just been a low period, wasn’t the funk so many people I knew experienced after the election; it was something more, deeper, worse: I had been depressed. I would have, I acknowledged, met the diagnostic criteria for major depressive disorder. I should have, I admitted, gotten professional help. 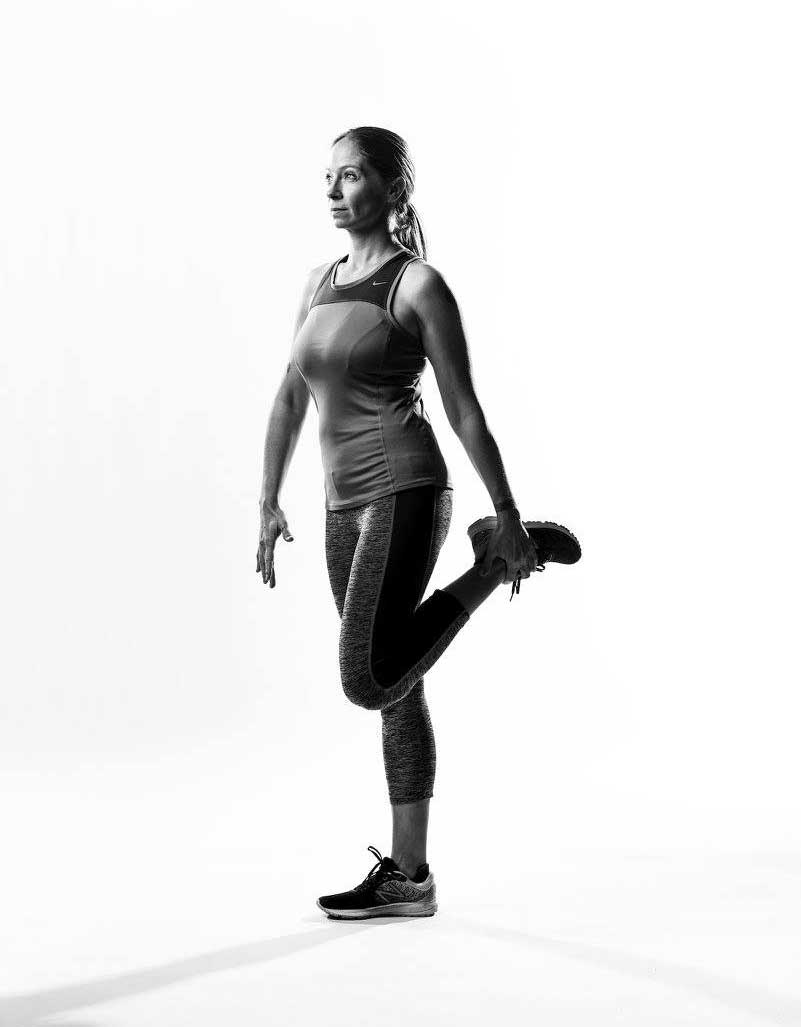 Portrait of Kayla Williams for the Veterans Portrait Project, 2018. Photo by Stacy Pearsall

I felt trapped by the narrative I had told myself and the world. After literally writing a book on our family’s journey to healing in the aftermath of war trauma, how could I admit that I felt profoundly fucked up? For a decade, I had argued to friends that living a life of purpose and meaning leads to fulfillment, which matters more than happiness. Averred that happiness might, in fact, just be bullshit—and chasing it was an exercise doomed to failure. Could I take that back? My public and private identities were built around being strong, tough, responsible, committed to a life of service, dedicated to my husband through his treatment for symptoms of PTSD and the traumatic brain injury he sustained in Iraq.

Was it possible to let the wall come down? Sitting in a hotel room, I came clean on Facebook: “I feel great today, and it made me realize how lousy I felt for a long time.” In the comments, I gave details: about refusing to socialize and then feeling isolated and lonely, hiding my despair by staying high-functioning at work, running my way back from the brink. 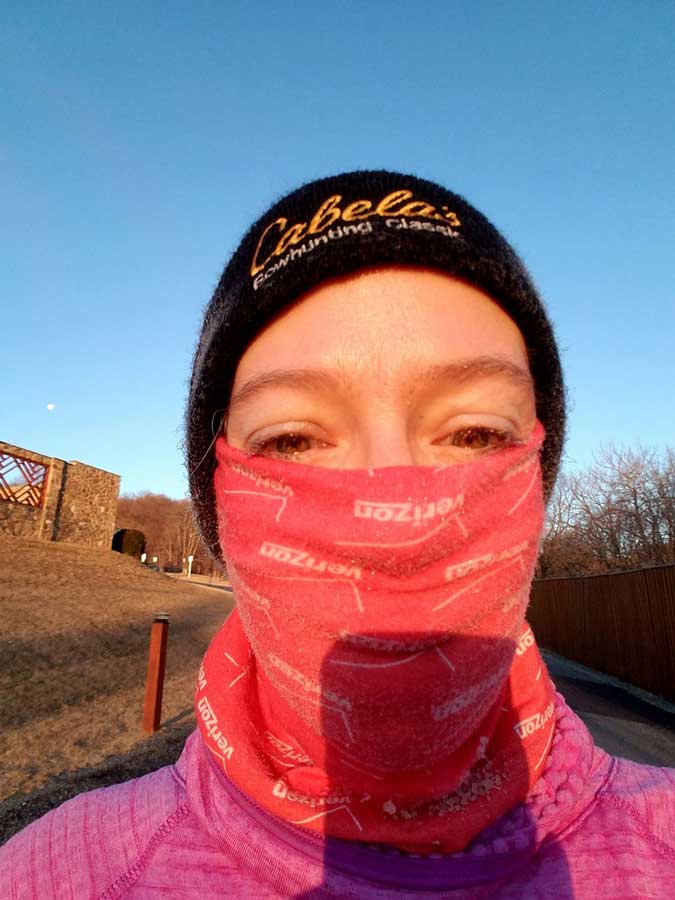 Where this trail leads next is unclear. I spent years telling myself that my happiness was not important; what mattered was fulfilling my responsibilities rather than pursuing pleasure. I stared, befuddled, when asked what my hobbies were. I’m a working mother—do sorting our recyclables or writing grocery lists count as hobbies? Perhaps overcorrecting from my hedonistic teenage years, I spent two decades trying to be good enough for everyone else—a good soldier, student, employee; writer, speaker, advocate; daughter, wife, mother. Now, martyring myself on the cross of others’ needs is no longer how I want to live. In my 40s, at last I am open to the possibility of living a life of joy. I am finally ready to say it out loud: I want to be happy. I’m not sure what my happiness looks like or where it is—but I’ll keep running toward it.

Fate In What I Cannot Fear
Anger Management and the Old Man—”I’m Relieved That I Tossed It A...

The Military Funeral—”Taps Doesn’t Harden You. It Breaks You.R...
Scroll to top