I used to think a lot about death at work. Most days working at the U.S. Holocaust Memorial Museum, I read about death in archival documents, but once every couple of weeks I’d sit down with a Holocaust survivor for three to five hours and ask them questions about the worst years of their life.

I’d start my interviews with softball questions: “Where were you born?” or “How did you celebrate Hanukkah as a child?” These questions darkened as the interview progressed: “What do you remember about the night your father was arrested?” or “When was the last time you saw your sister alive?” I had dreaded the hours I spent prying into their lives.

Recording these stories has been a race against time, and many of the survivors I interviewed in 2010 had waited 65 years to share their experiences. They were children during the Holocaust. Many had spent the war in hiding or with foster families in England, and they often dismissed their experiences. After telling me how they’d escaped Germany or seen their neighbors deported, they’d qualify the experience by adding, “But others had it worse.”

It wasn’t only that I didn’t possess the stomach necessary for this line of work, but I also felt glaringly out of place. I am not Jewish, I have no direct connection to this history; I was an interloper. I dug into survivors’ painful histories, asking them to relive nightmarish years, and it felt obvious that I had no right to be there.

In April of this year, I joined a group of military veterans and spouses on a tour of the National September 11 Memorial and Museum. The museum’s interior is a sharp contrast to the streets that surround Ground Zero. Approximately 70 feet overhead, chaotic Manhattan kept moving, but the Museum was quiet and calm during our tour.

We circled the Memorial Exhibition together, gazing at photographs of the 2,983 victims. At the center of an exhibit in a dark chamber, the names of victims were projected on the wall. Some names were accompanied by recorded stories about the person’s personality: their thirst for knowledge, famously bright smile, unwavering kindness.

Walking through the Museum with veterans—and one who had lost family on Sept. 11—reminded me of each time I had sat down on a survivor’s couch immediately before I asked, “Full name and date and place of birth.” I felt dread and shame; I didn’t belong there. Yes, I am an Army wife, but my short—and undeniably sweet—time as a military spouse is easily dwarfed by the experience and sacrifice of those in my tour group that day. Growing up in North Dakota, my life was decades removed from the Holocaust and thousands of miles from the ongoing Post-9/11 conflicts. I ended our museum tour in tears—overwhelmed by the devastation of Sept. 11 and embarrassed that I had somehow found myself an interloper, again.

What I didn’t fully understand at either the Holocaust Museum or at the end of my 9/11 Museum tour was that being an outsider never excluded me from the story. Despite the fact that I have no direct connection to either, the Holocaust or Sept. 11, I can still be an empathetic learner, an ally, and a teacher.

When my contract ended with the Holocaust Museum, I stuck around as a volunteer tour guide. Twice a month, I’d lead local high school students through the museum’s dimly lit halls. They’d ask me questions that they would have struggled to ask a survivor, questions that I had struggled to ask survivors. The hours I had spent interviewing Holocaust survivors equipped me to teach an intimate history lesson. I was able to share a first-person account of Kristallnacht, describe how a Jewish teenager experienced Nazi propaganda, and add personal experiences to a history that can sometimes overwhelm learners with statistics and dates.

At the Holocaust Museum, there is an entire room filled with shoes. The scope and smell of the collection is jarring: Shoes—all the same shade of gray—are piled six or seven deep and smell of decades-old leather softener. The room was always silent.

While touring the 9/11 Museum, I was struck by a bloodied pair of high heels on display. On the morning of September 11, 2001, Linda Raisch-Lopez kicked off her heels as she evacuated her office on the 97th floor of the South Tower. She exited the tower barefoot and walked several blocks uptown before realizing she was still shoeless.

The yellow heels held my attention for longer than any other artifact in the museum. Traces of Linda’s dried blood are visible above the heels of the shoes—this both shocked and captivated me. It is difficult for me to imagine the chaos and fear Linda must have experienced walking away from Ground Zero, but I can imagine what it must have been like to walk more than three miles barefoot or in heels.

Stories—even the smallest ones, like the story of those shoes—are important. My interviews with survivors were filled with small stories: birthday parties, first kisses, family meals. These stories add faces and names to some of the 11 million killed during the Holocaust, and have helped us—those who did not experience the Holocaust firsthand—relate to and empathize with survivors and victims. 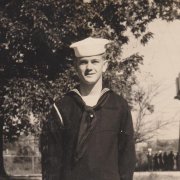 At Basic Training, Dad Was Sent to an Iron Chamber. It Was Filled with Mustard Gas 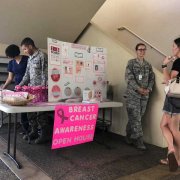 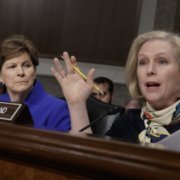