The black-and-white shapes on my phone formed letters, and their sequence, I knew, formed words, but, for several moments, my mind refused to make sense of them. If I understood what she’d written, I’d be forced to deal with it, and this was a reckoning 16 years in the making.

My sister has a unique talent: She has a nose for people’s insecurities. The deepest misgivings of one’s heart—the thing one loathes most about oneself—are readily apparent to her. Easy ammunition for when someone in the family, or her circle of friends, needs to brought down a peg or two. That afternoon, her derision arrived in the form of an innocuous ping from my cell phone. I read her text several times, trying to comprehend its cruelty—and many times more to absorb its truth. We’d been debating her newfound enthusiasm for Jordan Peterson (a recently popular psychologist from Canada whom I find offensive), and when I accused her of intellectual laziness for not reading the original works he was critiquing but instead just adopting his opinions as her own, she lashed out. 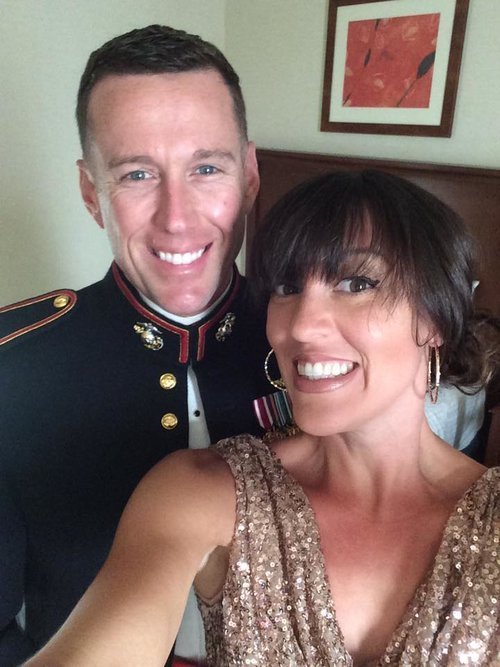 “I work sixty hours a week and don’t have the liberty of riding my man’s coattails since I was nineteen—i.e., all the time in the world to read books and do whatever I please.”

In one stinging sentence, she deflected the entire argument and instead unearthed and laid bare more than a decade and a half of my own disappointment, shame, and insecurity. It was masterful.

In the military, there is a term for this genre of insult. It’s called “dependa-shaming,” and as a longtime military spouse, I have dealt with my fair share. My point is neither to air my family’s dirty laundry, nor to belabor an already-forgiven argument between siblings, but rather to acknowledge that no matter how painful it was to read, her criticism was accurate. As an educated woman raised in a feminist, affluent household with unyielding expectations to “fulfill my potential,” I recognize that I have failed to do so. I inhabit a world so far from my family’s (and American society’s) measure of success—a distinguished, independent, and lucrative career—that I might as well be living on the moon.

I didn’t go to law school. I don’t teach philosophy at a ritzy university. I’m not a practicing psychologist. I am nothing more than a Marine’s wife.

It’s true that I have ridden Tom’s financial coattails. He has always made more money than I have, and he has a relatively successful career. He often tells his Marines that the Corps is a family business. This isn’t to enforce some archaic notion of wives wearing pearls and bringing calling cards to formal luncheons, but rather a reminder that being a Marine affects your family like few other jobs. 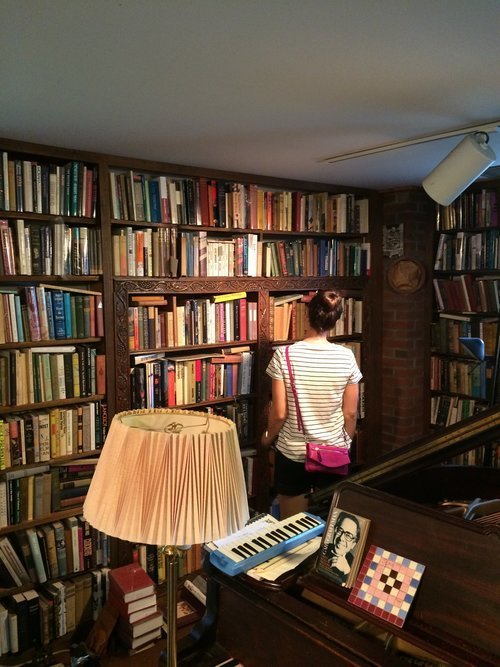 Some spouses are less affected than others, and no two families’ experiences are the same. But for me, 12 moves have meant 12 different job searches. Hardly fertile ground for building a distinguished career, and a reality that can be overwhelming when you have been raised to believe that work is your identity.

What people who aren’t affiliated with the military may not realize is that although this lifestyle can steal opportunity from a spouse or a child, it also creates a sense of community—a closeness and bond like few others. If you ask a recently separated Marine and their family what they miss most about the Corps, more often than not they’ll say it is this sense of community. This knowing in your blood and bones that we’re all in it together. It’s not easy to recreate in civilian life, and over the years this sense of community has helped change my outlook on what makes life meaningful.

When we started out in life together—yes, I was 19—neither of us foresaw what was ahead. Tom went to college on a ROTC scholarship, so he owed the military four years. He expected to fulfill his obligation and then move on. But he was commissioned in April of 2001, and life was turned on its head that September. At the time, he didn’t know how well the military would suit him, or that his calling would become leading Marines. Like so many others, this was not the life I had expected, and over the years I have struggled with crushing personal disappointment and shame as I’ve watched college friends build successful careers while my own has withered on the vine. I don’t have any less potential or education than they do, but I have made different choices and they have led me down a different path.

These choices have occasionally put me in the crosshairs of family, friends, and coworkers who find my status as a “dependent” distasteful. But more often, they’ve elicited in me my own merciless condemnation. The snide remarks labeling me a “dependa” are nothing compared to the feelings of self-loathing I’ve experienced over the years for my lack of any measurable career success. I used to fill pages of journals with angst and despair over my inability to find what I considered to be meaningful and important work. I have picked fights with Tom for accepting orders to places where we knew I would struggle to advance my own career goals. I have made myself miserable worrying about how I looked to everyone else—particularly to my family. I wasn’t supposed to be just a wife. I had impeccable grades and reams of honors. I was supposed to do something with my life. 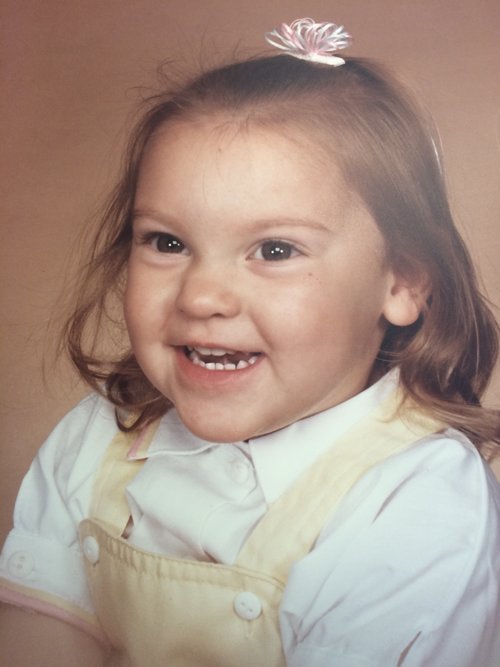 But here’s the thing: My yardstick of a successful life has altered drastically from then to now. To me, a successful life now means building community and relationships, rather than building my bank account or CV. At 35, I have shed the suffocating, career-oriented ideology of “Lean In”-style feminism as the sole litmus test of success, for an understanding that supporting my Marine in his career is every bit as valuable as pursuing my own, and that although it may seem old-fashioned, it is far from anti-feminist. These days, my idea of “feminism” is more expansive. It no longer simply means doing everything my husband does, nor does it involve relinquishing my femininity; but rather, it means having my personal contributions as a partner valued equally. It means having both the masculine and the feminine elements of relationships respected, and, although Tom and I model a traditional marriage, I don’t think our respective sexes have anything to do with it. Most marriages I’ve witnessed are a little lopsided, with one partner sacrificing more than another. Mine is no different. But where I used to think that I was making the sacrifice, I now believe that that burden lies with Tom.

Today, I know I am blessed that our life allows me the flexibility to drop everything and sit with a friend in the hospital, to spend a Friday boosting squadron morale by making and serving food for Tom’s Marines who live in the barracks, for having ample time to be involved in my neighborhood community council and my church. To have the ability to support causes I find meaningful. And, yes, for being able to take my dogs on a hike with a picnic and book tucked into my backpack, and to simply enjoy a long afternoon, pursuing my own education and interests in the places I love best. 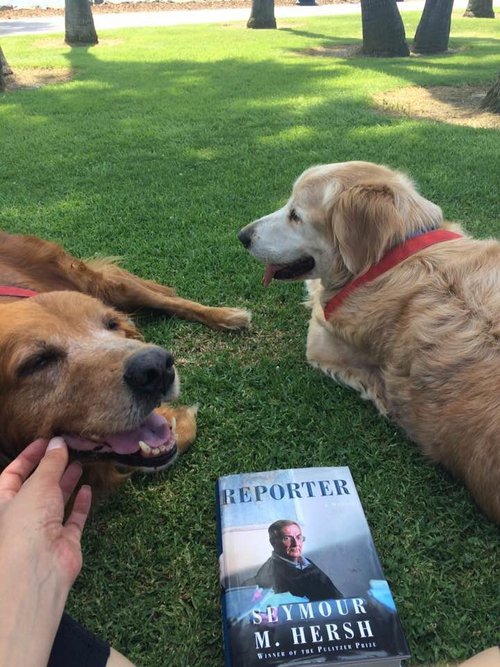 I have made these choices, and after so many years of insecurity about being a failure, I can finally say that I have rejected other people’s ideas of who and what I am supposed to be. It’s been a long time since anyone has “dependa-shamed” me to my face (or to my phone in this case), and it’s been several years since I’ve given up on the idea of having some sort of flashy career instead of simply a sequence of jobs or volunteer pursuits. But after my sister sent that text, I sat down to reckon with all the shame and insecurity that I expected to bubble to the surface. But, to my surprise, it didn’t. After the initial sting, I realized that I no longer feel shameful and insecure about the life I have chosen.

I have searched my heart and found gratitude for the marriage I’ve built with Tom and for the community we’ve fostered. I don’t know where we’ll go or what we’ll do when he retires, but, for now, I am happy with my identity as wife and friend and volunteer and neighbor. I feel no shame for the decisions that have led me here—they were made in love. I do the best I can within the confines of our lifestyle and my ability, and I finally believe that that is enough. 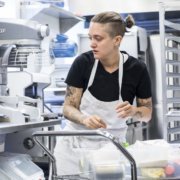 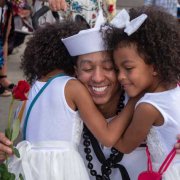 The Threat of War Is Shifting, and We Intend to Win. But It Will Come at a Cost.

Remembering the Day I Parked Our Stryker on Top of an IED
As a West Point Cadet, I Volunteered to Be “The Hot Sauce Man”

Review: “Fight Like a Girl” By Kate Germano With Kelly Kennedy
Scroll to top