I moved back to New York City in May 2017. It’d been planned all year: Finish my first year of graduate school after separating from the Navy, move back to New York during Fleet Week, get married in Battery Park on Memorial Day weekend, and start a summer internship at a Fortune 50 company. We called off the wedding a few weeks before the date, in the middle of the spring semester’s midterms. Our relationship had survived the military, but not civilian life. But still, after final exams, I moved back to New York. On the Amtrak train from Boston, the jutting, sloping skyline of Manhattan suddenly appeared behind multifamily outer-borough homes and tenements. I had made this journey many times before, but now I would be moving from the house I shared with my ex to my own studio apartment. I hadn’t lived alone in years, and I’d never lived alone in New York City. As I watched the city appear, I felt ready to let it swallow me whole. In the rushing, desperate anonymity of a city of 8 million, I prepared to piece together 12 years of fragments. Home is where you return to yourself, a friend had once told me, and as the train pulled into Penn Station, I was hoping to find it.

I had left New York City—where I was born and came of age—at age 18 for college, and hadn’t really returned since then. I’d gone to college in Chicago. My mom and stepdad moved full time to Kinderhook, a historic farm village in upstate New York soon after. After graduating I went to Rhode Island for Officer Candidate School and commissioned as a Navy Intelligence Officer, taking an oath to support and defend the Constitution of the United States and obey the lawful orders of my Commanding Officers. I had surrendered some of my agency; my life was no longer completely mine.

I found a shared sense of purpose in the military, which temporarily soothed the rootlessness of a military life. In exchange, I had to suppress part of myself. I was confronted with the fact that the military is not a place for dreamers, for creativity. And, for a time, nowhere I went on leave reminded me of who I’d been without the Navy. Goldstein trying to look her vintage best in a recent assignment with the Navy Reserve in Sweden. Courtesy Andrea N. Goldstein

After my mother and stepdad first moved up there, Kinderhook, New York, was just my “home of record,” the address that I never had to change during my seven years in the Navy, while I was based in California. Before and after each of my three deployments from two different units, I came home to Kinderhook on leave. I lay in the hammock with a book and ate apples picked from the orchard across the street, wars dissolving into memories. The best memories stayed with me; the bad days resurfaced only with sounds and smells I associated with being overseas. I had voted absentee in my adopted hometown’s elections, mailing ballots from the middle of the ocean and from bases in Djibouti and Japan. This civic act connected me to the homeland—the United States—and reminded me why I served on the days that seemed most endless and purposeless. I began to consider the town upstate where my mom and stepdad lived to be where I was really from. It was there that I realized that part of myself had been lost, because it was there that I began to return to myself after a long absence.

When I was on active duty, the ride between New York City and the transformative calm of upstate prepared me to leave on deployment and helped me rediscover myself when I returned after having been deployed. In my demobilized sequel, moving between where I work in New York City and the home I have chosen upstate, it still does. The fragments of my military and civilian selves find one another as the Hudson flows outside Amtrak’s dusty windows. A peer remarked that he always saw bald eagles from the window of that train. I’m still looking.

I have moments of invincibility, living in New York City, and as time goes on, they strengthen the overwhelming feeling that I’m in the right place: riding the brand-new Second Avenue Subway home after glasses of wine at a networking event. Promising dates reassure me that I will move on. My research is being incorporated into policy recommendations. I pass weekend afternoons with friends at Yankee Stadium and free concerts in Central Park. The author takes her traveling companion, Humps the Camel, for a helicopter ride, while deployed on Christmas Eve 2013. Courtesy Andrea N. Goldstein

I have crushing moments of loneliness: when the chronic pain of degenerative arthritis reminds me that it’s only going to get worse. When I’m sitting in my cubicle on the 33rd floor and I learn that another former teammate has been killed in the line of duty. When someone whose company I genuinely enjoyed suddenly and inexplicably ghosts me, texts unanswered for days. I haven’t been single for this long in five years, and not since leaving the military; the exhausting monotony of dating is part of my military transition.

The quiet week after the Fourth of July, I attend my first veteran event in New York City. I start to feel a sense of belonging in a city where, since joining the military, I had felt out of place. I feel more accepted by fellow veterans I’ve met than I did by teammates while I was on active duty. We understand how jarring it is to come home while many of our friends are still at war. We feel torn, but we can’t deny we’re still enormously grateful to be on this side.

On the last day of my summer internship, on my way to lunch with a co-worker, as I step out of my office onto 42nd and 6th, near Times Square, and let the humidity catch me, I suddenly begin to weep. I am not sad. I am not happy. I am overcome. I cannot name the emotions tumbling out of me.

And I recall something a long-lost friend once said to me over coffee in Bahrain, and that I’ve carried ever since: You are your own home. Perhaps in all those years of wandering, my unsettledness was a sense of being disconnected from myself. I had fused the pieces back together. Standing at 42nd and 6th, I realized I had returned to myself, and I have never felt more powerful in my life. I am a disabled veteran, and I got to come home. And I know my best day is yet to come. 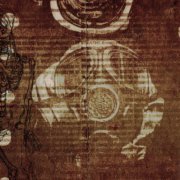 Unclear All-clear And A Requisite For Air
Facing It. “The Harder I Held on, the Further I Felt From Home.”...

Rule No. 1 of U.S. Navy Submarines: Don’t Crash the Submarine
Scroll to top