In January, the newly created U.S. Space Force advertised 35 jobs for its Pentagon offices. It received more than 5,700 applications.

On April 18, 86 graduating cadets from the Air Force Academy won prized commissions directly into the new service, while Space Force recruiters are reportedly finding that they can choose among the best applicants across the Defense Department. And America’s tiny sixth military branch is also attracting deep interest from female service members and civilians, thanks to an effort to make it the most gender-balanced service.

Energized by a new golden age of space, and the emergence of orbit as a warfighting domain, the Space Force has become a major aspirational target for people with space-related resumes.

The sudden excitement is a far cry from the early public mockery of the Space Force name and the widespread confusion about the service’s purpose or how it might fight.

Launched last December, the branch’s stated mission is to provide space capabilities and to protect U.S. and allied security interests in space. It will also provide tactical support to ground combat units with surveillance, communications, and geopositioning data while seeking to deter adversaries from acquiring military advantages from orbit. It is growing out of the Air Force, the same way the Air Force grew out of the Army in 1947.

However, there are some lingering perceptions that it might have simply “relabeled” thousands of airmen who, six months after reassignment to the Space Force, are still sitting in their same offices, from Greenland to the Pacific islands, and largely doing the same work. 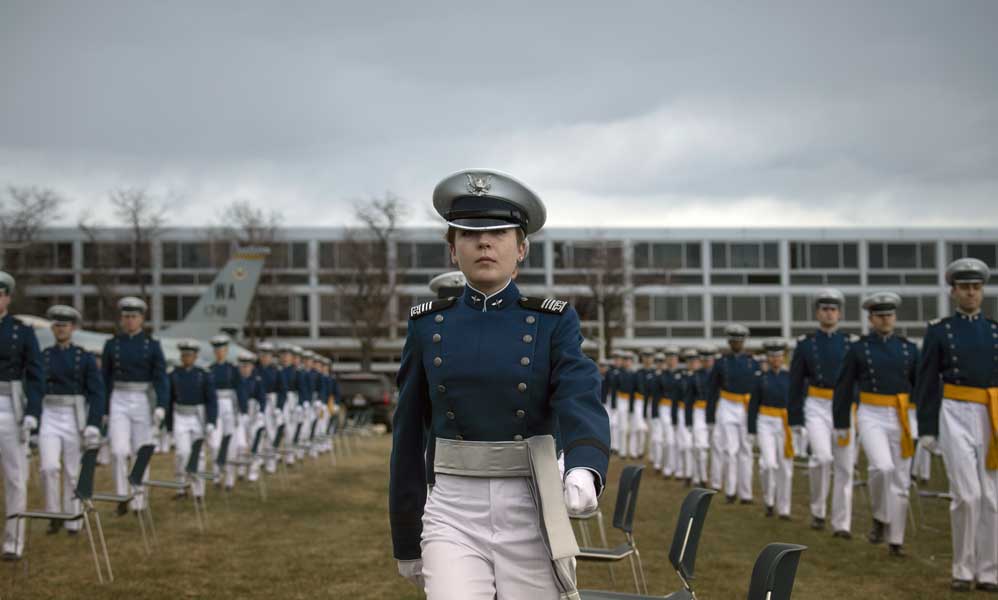 86 cadets among the U.S. Air Force Academy graduating class of 2020 were commissioned directly into the Space Force on April 18. Photo by Staff Sgt. Dennis Hoffman, courtesy of U.S. Air Force

And there are lingering questions about how it might “fight” in a battlefield where a lot of effective fire automatically turns into friendly fire. That’s because anything you blow up in orbit is likely to shed debris that will come around and threaten your own space assets, at 17,500 mph.

In a briefing to the Mitchell Institute for Aerospace Studies on April 7, Gen. John “Jay” Raymond, Space Force’s chief of space operations, described the excitement surrounding the program. “The numbers of people knocking on our door; begging to be a part of this. On a weekly, if not daily basis, I have people asking me, ‘How can I be part of this service?’” Raymond added that universities are seeing an increase in astro-engineering applicants and that Space Force can “do direct hire from industry,” something he’s also excited about.

Established by the 2020 National Defense Authorization Act last year, the United States Space Force falls under Secretary of the Air Force Barbara Barrett, and is commanded by Raymond, a four-star general who is now a member of the Joint Chiefs of Staff. It has an operational command hub at Peterson Air Force Base in Colorado and is supposed to be fully stood up by the summer of 2021. The USSF immediately swallowed up the U.S. Space Command, which was a combatant command within the Air Force with responsibilities for direct military space missions. It will now comb through the other four military branches—and ultimately private industry—for the skills it needs.

Sixteen thousand airmen, largely from U.S. Space Command, were automatically assigned to the Space Force last December. The new service then performed a “scrub” of all Air Force units with space mission functions, and identified 1,840 additional Air Force personnel for transfer from 23 units, ranging from the 18th Intel Squadron at Wright-Patterson AFB Ohio to the AFRL Rocket Propulsion Division at Edwards AFB California.

Todd Harrison, director of the Aerospace Security Project at the Center for Strategic and International Studies (CSIS), says the Space Force is still widely perceived “as a joke” in the general public, or fundamentally misunderstood. 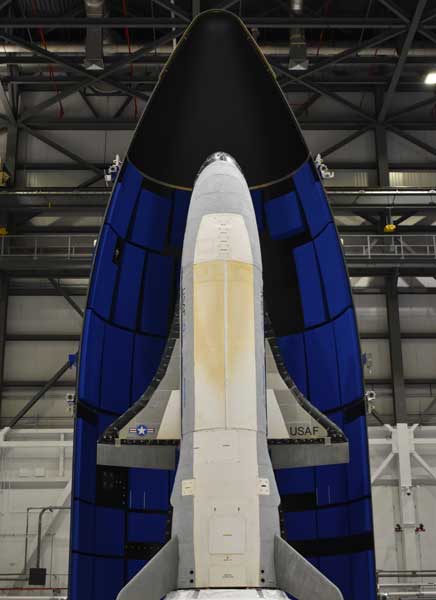 Formerly shrouded in secrecy, basic details about the Spaceplane X-37B, which launched from Florida in May, are now being openly shared by the Space Force as part of its deterrence strategy. Photo courtesy of Boeing

“I think a lot of the public perception of the Space Force is embodied in the Netflix series (with Steve Carell), where they think it’s a joke, or they think it was Donald Trump’s idea, or that it has something to do with NASA and space exploration and going to the moon,” he says. “All of that is incorrect.”

But Harrison insists that it is, in fact, a necessary and overdue branch with an increasingly important mission, that it has “real teeth” and that it is likely to see plenty of action, whether we know about it or not. He says the Space Force is fundamentally about consolidation: “We already had space forces, now we have a unified Space Force under one chain of command, instead of a bunch of fractured offices.”

The contrast between the Space Force and the other five branches is stark: It is likely to be the oldest service by median age, the most civilian-heavy, the most contractor-dependent, the most collaborative, the least gender-unbalanced, the most rank-unbalanced, and the leanest. Perhaps the most striking contrast is that it doesn’t plan to ask for more money from Congress beyond its initial $15.4 billion budget. Its operational costs could actually reduce, with the cost of satellites and space launches tumbling.

It will feature collapsed command layers, while outsourcing most of its medical, legal, and bureaucratic needs to the Air Force.

Another difference is its stated intention to use a “clean sheet” on hiring and workplace policies to benefit women, including flexible career provisions and an emphasis on lateral entry from private industry. At a meeting of the Defense Advisory Committee on Women in the Services, Maj. Gen. Clinton Crosier, director of planning for the USSF, said that “there are tremendous opportunities for women in the U.S. Space Force.”

Rebecca Keiser, chair of Women in Aerospace, an association for the aerospace community, says she is “very encouraged” by signs from both Congress and the USSF that the new service will actively seek a healthy gender balance. “It’s a very good signal that its first two civilian hires were female professionals.” One of them being Patricia Mulcahy—a retired Army colonel who was hired as deputy chief of space operations for personnel and logistics services. 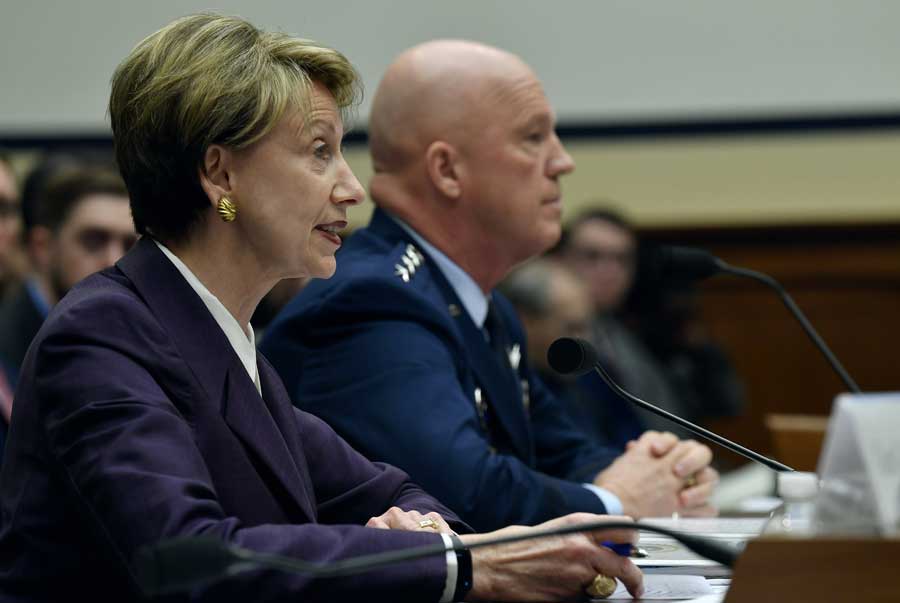 But there’s controversy in other areas. Harrison says early challenges for the Space Force include resentment from other branches and opposition to its stated intention to declassify some of its capabilities.

In the briefing, Raymond admitted that the service’s capabilities were “overly classified” and that it would need to move toward visibility to deter adversaries from threatening U.S. assets in space.

“The Army does not yet trust that the Space Force will provide the space capabilities it needs on the battlefield. I have heard that directly from senior folks in the Army,” says Harrison. “The problem is the intel community. The intel agencies do their own space operations with capabilities that overlap (with the Space Force), and they have no interest in declassifying anything.”

David Burbach, a professor and space specialist at the U.S. Naval War College, spoke in personal capacity on the unique nature of the new battlefield. “You would not have to do much fighting to make space unusable for everyone. If you blow up satellites and create debris fields, it’s game over, or if you set off nuclear weapons in space, the electrons and particles just stay up in the belts over the Earth.”

Raymond also reiterated the risk of space fighting. “We don’t want conflicts that extend into space,” he said. “We want to deter that from happening. But if deterrence were to fail, we’re gonna have to fight for space superiority in the future.”

Advances in technology for both the U.S. and its adversaries, together with reductions in launch costs and satellite sizes, have made dramatic changes to the threats and capabilities in what is now considered a new warfighting domain. 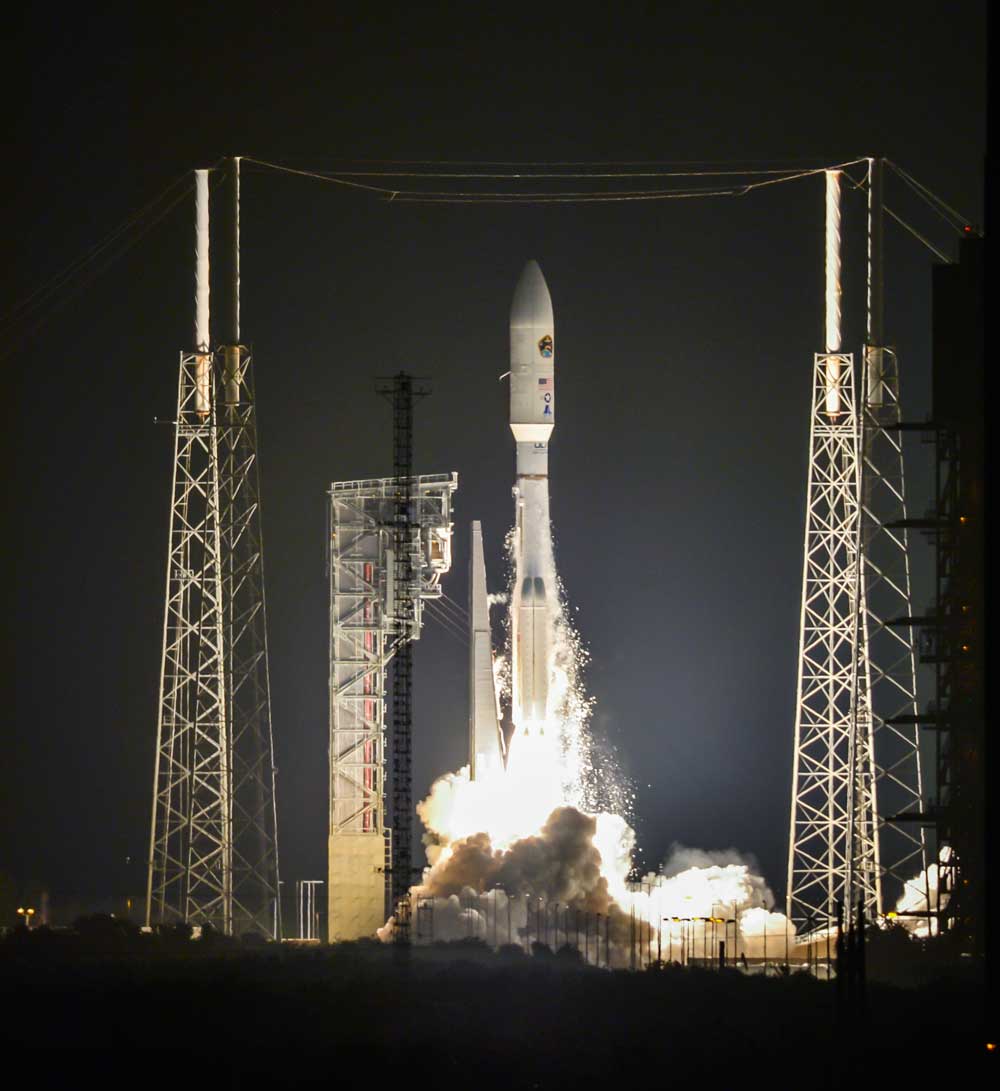 Harrison says space arsenals in countries like Russia and China include missiles, ground-to-space “blinding” lasers, cyber weapons, and, yes, even the James Bond-style military spacecraft many might imagine in this domain. And he says weapons like these will likely see plenty of use, because military space incidents are less likely to result in escalating conflict. That’s because there would be no direct human casualties, and few attacks in space would meet the standard of acts of war.

In an interview on April 16, Harrison said: “Today—literally today—Russia tested another anti-satellite weapon. This stuff is happening all the time; there are constantly demonstrations of weapons in space, and weapons that aren’t in space but interfere with space systems. Like GPS jamming and spoofing; high powered lasers from aircraft and ships that can blind their sensors on satellites, microwave weapons that can fry the circuits in orbit, and there are hunter-killer satellites than can chase down other spacecraft and interfere with them or destroy them.”

In February, two Russian co-orbital counterspace assets—called “inspector satellites”—came within 100 miles of a U.S. spy satellite and began trailing it. In perhaps the first public action report from the Space Force, Raymond commented that “we view this behavior as unusual and disturbing.”

Additional personnel from the Army, Navy, and Marine Corps are expected to join the Space Force over the next 14 months, but the final number of USSF members is expected to remain below 20,000 and be heavily skewed to former airmen. Raymond said, “We have to be careful that we don’t break the (other branches) in standing up the Space Force.”

For their everyday uniforms, Harrison says the USSF will use the same camouflage pattern as the Army and Air Force. It will have its own song, but not its own marching band. It will be “lean,” he says, at every level.

While the scope of the Space Force’s acquisition powers are still being finalized in new legislation, the service has already been empowered to make rapid investments. “Space has normally relied on very large, very expensive satellites, especially military space has gone that way,” Burbach says. “Now, the realization is that we can make pretty powerful satellites at low size and cost.”

Harrison is hopeful about the future of the Space Force. “We needed a separate service to start developing a space culture, which just doesn’t exist in the Air Force,” he says. “Operating a satellite is nothing like flying an airplane, and no one in the Space Force will go into space. But it will have a culture of people who understand the physics and the domain.” 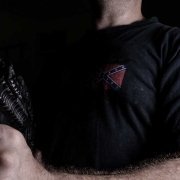 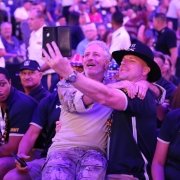 Your Kidneys Are Failing and Your Doctor Has Just Deployed. Now What?
Minding the Ship During a Storm of Poor Leadership