The phrase was repeated over and over until it seemed more like a joke than advice. We were separated from the male cadets and told to look out for each other, that the enlisted men would try to make us their conquests. We’d heard rumors about female cadet “sluts” caught sleeping around during their summer assignments. Whether the rumors were true or not didn’t matter. Perception is reality, they said.

The engineers made me feel welcome and put me right to work. As the ship sailed off into the Pacific Ocean on that first day, I was happy doing the simple task of cleaning thick black gunk off a piece of machinery to the comforting rumble of the giant engines, muffled by the double hearing protection of foam inserts and big earmuffs.

Not 24 hours after we’d left California, I was walking through the labyrinth of the ship’s passageways and stairwells with one of the male enlisted crewmembers, completing a task from my Academy summer checklist. He was bringing the Captain’s Night Orders to each of the night watchstanders for them to read and sign. The hallway’s usual florescent lights were turned off and replaced by the dim blue bulbs of a darkened ship after sunset. We climbed into the steel belly of the vessel, to the Combat Information Center where Operations Specialists monitored radars, listened to radios, and gathered intelligence. We knocked on the locked door. 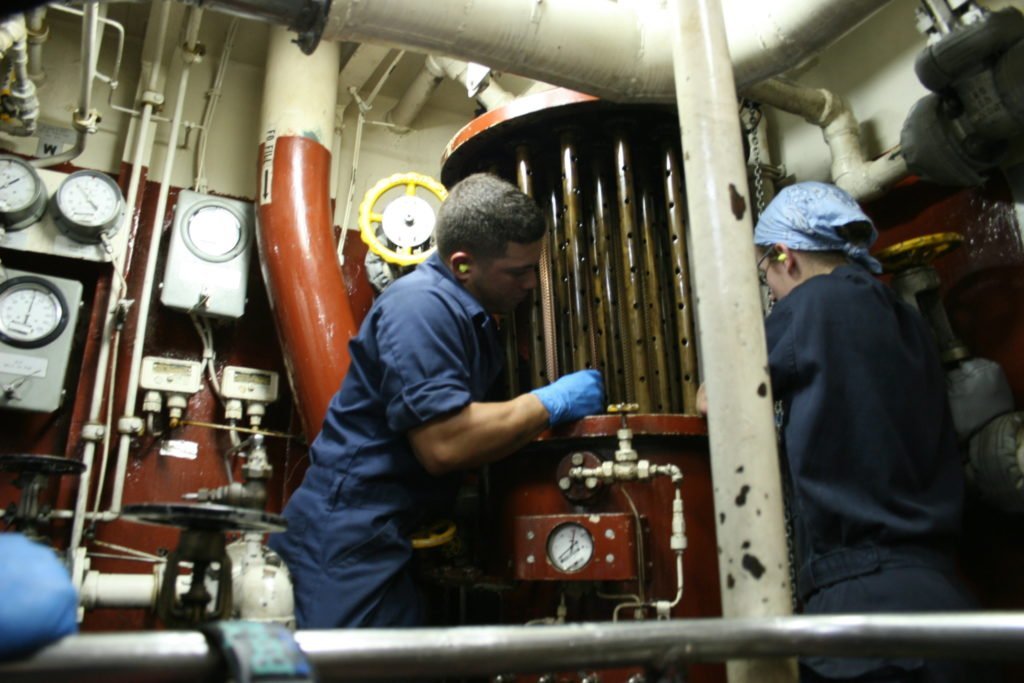 Cadet Tenley Barna and a mechanic change the fuel filters for USCGC Morgenthau in 2007. Courtesy of Tenley Lozano

The CIC was lit with the same faint blue lights and everyone was dressed in dark blue uniforms. I could tell where the watchstanders were only by their silhouettes against the glow of computer and radar screens. The man who’d opened the door signed the Night Orders and asked the watchstander who’d brought them, “So dude, we got a bunch of female cadets onboard now. You fuck any of them?”

I spoke up out of the darkness, a disembodied, distinctly female voice, “Not yet! Just give us a few days.”

The man spit out a few curse words and stuttered a hasty apology.

The next day he found me in the hallway in front of my living area and apologized profusely, “I’m so sorry, Ma’am. I never would have said that if I knew you were there.” The entire crew had been warned before we arrived that their careers would be in jeopardy if they didn’t treat the female cadets with respect, and he was terrified I’d report him. I said nothing about the incident, knowing the entire crew would treat me differently if I did. I already felt unwelcome in my berthing area, bunking with enlisted women several years older than me who worked in different departments and scolded me for bringing oily boots and uniforms into their sanctum. The engineers, who’d begun to act like I was one of them, would label me “overly sensitive” and censor themselves. His comment had annoyed, not offended me. I wanted to be part of the crew without attracting any extra attention, so I laughed it off and accepted the apology. 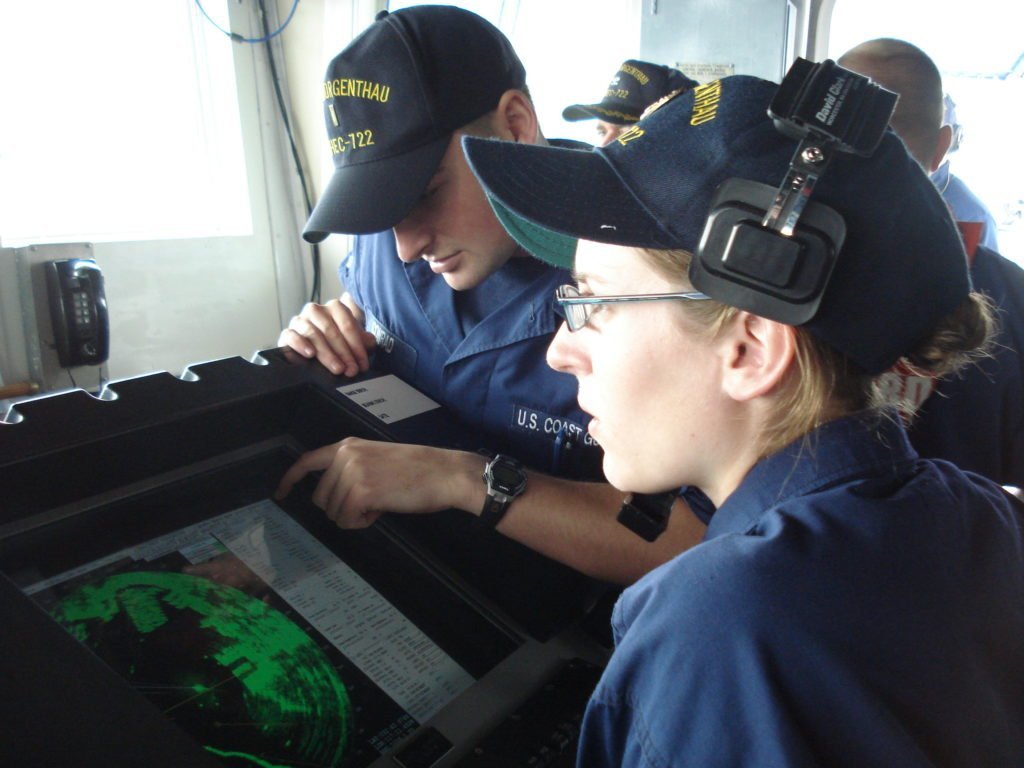 Cadet Tenley Barna stands on the Bridge of the USCGC Morgenthau assigned to radar watch in 2007. Courtesy of Tenley Lozano

The next night, the women officers gathered the female cadets in their stateroom to talk about interacting with the mostly-male crew. They told about the time they’d gone dancing at a popular bar in Costa Rica on a port call and had a few piña coladas with some of the crew. Before their hangovers were gone, ugly rumors had begun to spread across the ship the way a drop of diesel spreads its polluting rainbow the moment it touches water. They reiterated the cautionary phrase—“perception is reality”—and told us how they no longer hung out with anyone but the other officers in port calls.

Later, the other female cadets and I made a pact. We would enjoy the patrol, make friends, and look out for each other. I refused to believe that perception was reality.

Two days later, the highest-ranking engineer onboard, the Engineer Officer, took me aside. “I’m concerned that you’re already getting a reputation for being too friendly,” he said. I’d been seen in a public area talking to male enlisted members. “As your supervisor I am responsible for ensuring you don’t fraternize with the enlisted.”

“Sir, we were sitting on the Mess Deck together because they were helping me study firefighting equipment. All of the engineers are men except one, so how can I learn the job without being seen talking to men? I would think it’d be more suspicious to study in secret.”

“It doesn’t matter what you were working on,” he said. “You need to be more careful about who you are seen with and how you are perceived.” I continued to study and work in public, knowing I wasn’t doing anything wrong. I wouldn’t let the Engineer Officer’s wild imagination stop me from learning about the ship. 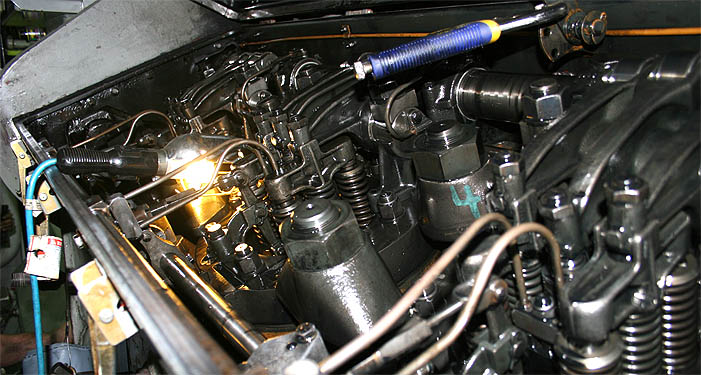 Cadet Tenley Barna oversaw the operation of USCGC Morgenthau’s Ship’s Service Diesel Generators while on watch in the Engine Room. The upper header of one of the machines is shown here during a repair at sea. Courtesy of Tenley Lozano

During that patrol, I sketched system drawings by hand, memorized operating parameters, conducted maintenance, and passed an oral examination in order to earn the qualification of Generator Watchstander. One day, one of the Ship’s Service Diesel Generators was shut down for routine maintenance. Two of the other female cadets came to the Engine Room with me to watch as I started it back up. I climbed on top of the machinery and pointed to a lever as the Engineer Officer walked past us and into the soundproofed control room. “Is anyone out there even qualified?” he asked the head engineer on watch.

The man replied sarcastically, “Well, Sir, sometimes we have qualified watchstanders.” Then in a more serious tone, “You signed her letter. You didn’t think we’d let her stand watch on her own?”

The EO left the Engine Room while I completed the starting procedures for the engine. When I returned to the control room, the head engineer was angry, defensive of my abilities, and in disbelief that the officer would treat me that way. But after two months at sea, I was more surprised by the ferocity of his defense of me than I was of the EO thinking I was incompetent.

By the end of the patrol, all the female cadets were friends with crewmembers and many were rumored to be sleeping with them. It felt like if we had any casual conversation with a crewmember, let alone a friendly relationship, we would be judged as sluts. One female cadet told me before our last port call, “Everyone already thinks I’m fucking Mikey, I might as well have some fun.”

After 30 straight days at sea, the ship pulled into San Diego for a final port call. As the cadets and crew headed off the ship, I noticed all the female cadets staying in San Diego for a short vacation before school started had paired up with enlisted guys. I’d spent the entire patrol fighting for a good reputation as a woman engineer. I was frustrated with how poorly I had been treated by the officers onboard and I knew that I no longer cared what they thought of me. 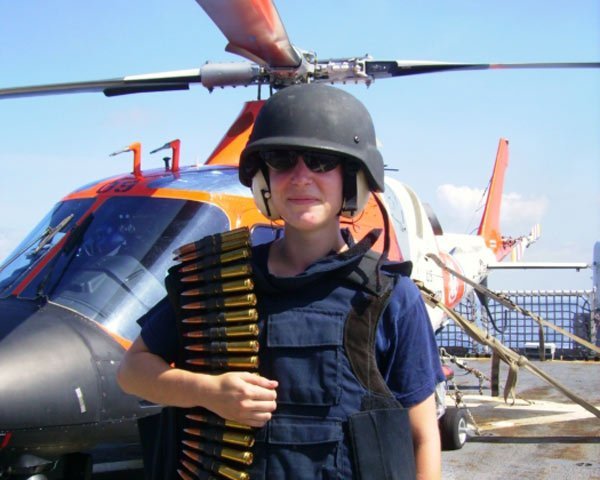 I stood on the pier by the ship and watched as my friends, enlisted and cadets alike, began walking toward downtown San Diego. In spontaneous rebellion against the expectations placed on me as a future officer, I ran after them, not caring who saw me. We all ended up hanging out at a hotel that afternoon. I picked a mechanic who was decently looking, got drunk, and spent the next two days having my way with him.

After that, I returned to the Academy for my senior year. None of the female cadets on the Morgenthau told anyone else about our illicit relationships with enlisted men, no one found out, and no one at the Academy called us “sluts.” I was proud of the bond we’d formed on the Morgenthau. But then again, the women couldn’t tell anyone else or risk all of us getting a bad reputation. I wanted to believe that I hadn’t let those onboard the ship dictate what I could or couldn’t do. But the truth is I wouldn’t have had sex with that enlisted guy if the officers hadn’t tried to isolate me from the crew.

Perception is not reality.

In The Absence Of Trust And Confidence
Scroll to top