No one slept soundly. We all heard the whistling of incoming mortars, a decrescendo then WHOMP. But louder than you think WHOMP sounds like. It was the WHOMP you feel. One, then two. My roommates, stumbling over to my low foam mattress bed, surrounded me in a bear hug until the sounds stopped. I don’t know how many explosions hit, but I remember saying in dry humor, “Maybe we should spread out.”

It’s been 16 years since my two friends, Sara and Mary, and I were there, and this is one of the stories from Mosul, Iraq, I can lightheartedly share that seems to go over better than the ones I could tell while hardly breathing. I’m convinced that no one really wants to hear what it is like to be terrified, when your throat’s always tight and sleep sometimes looks like sleep, but you’re really just lying with your eyes closed, silently panicked. Or maybe I don’t share much of the detail because it doesn’t have a place in polite conversation. 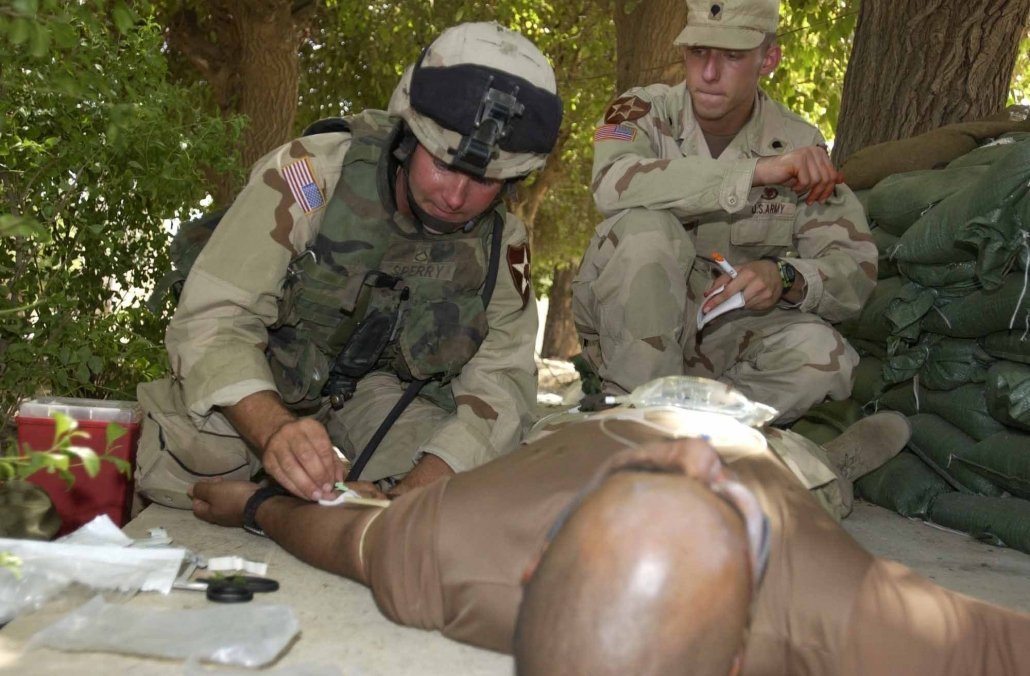 The three of us were 21- and 22-year-old Army journalists back then, charged with telling stories of the war while living through it ourselves during Operation Iraqi Freedom in 2004. Before that, I had served as a combat medic. While in Mosul for the next year, I did both, serving not only as a photojournalist but also as a medic.

Our office took up a corner of a commandeered palace, my friends on the video side and myself on the photo and print side. A sprawling white mission board hung on a wall with dates, contacts, and names of the assigned journalists. We lined up our gear on the exterior walls in dusty scuffed pelican cases. When our names were up, we would selectively take only the necessary lenses, batteries, and dust cloths, always remembering to only carry the essentials so we could keep up.

Our missions ranged from school openings to Iraqi force graduations, which we’d document for a few hours, producing the final product in a day, no matter how late we’d have to stay up in order to finish. Other missions required multiple embeds with different units—field artillery, infantry, or military police units—where I would try as hard as possible to assimilate quickly, so as not to be a burden. 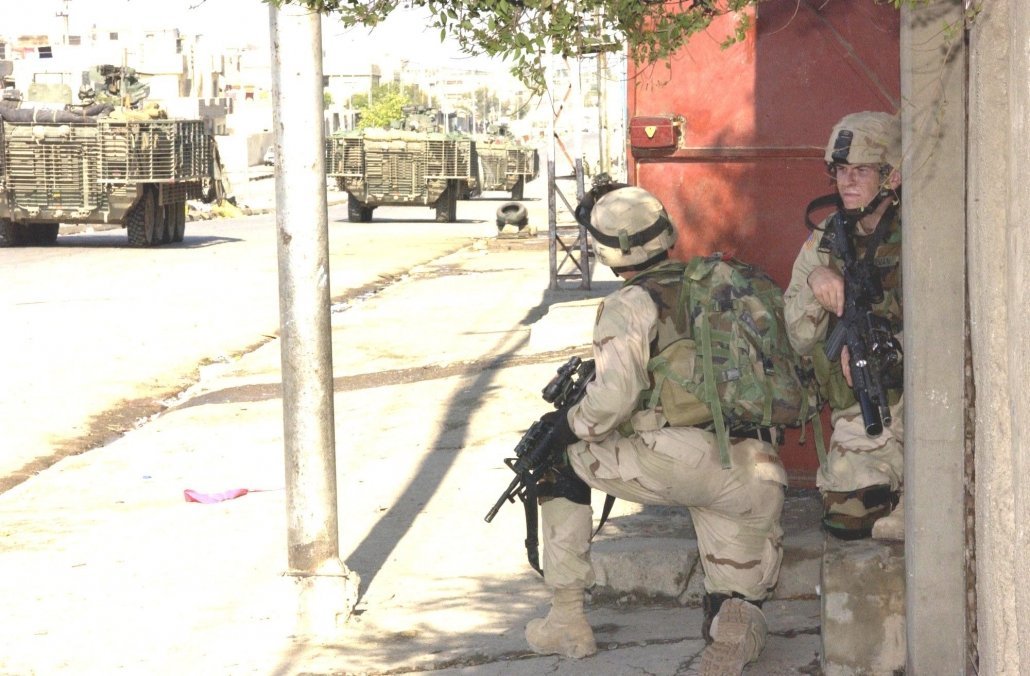 I remember how hot it was in Iraq with air so thick and burning it had to be a deliberate thought to inhale, and there were days, weeks, and months before you saw a cloud. It’s my immediate memories of Iraq, the ones that float forward when a smell, name, or date come up, in scenes set at night. That’s when many of the missions would happen, with my only choice to keep up with the soldiers strung in a line around me until the light crested and I could concentrate on getting photos.

About every three months the aid station at our forward operating base would be assigned a new doctor. Younger men with fresh uniforms and sarcasm, neither of which lasted for very long, would arrive at the small white plaster-walled building. Sometimes I witnessed when both the sarcasm and fresh uniform wore away, and other times I returned from a mission and realized the change had already happened. 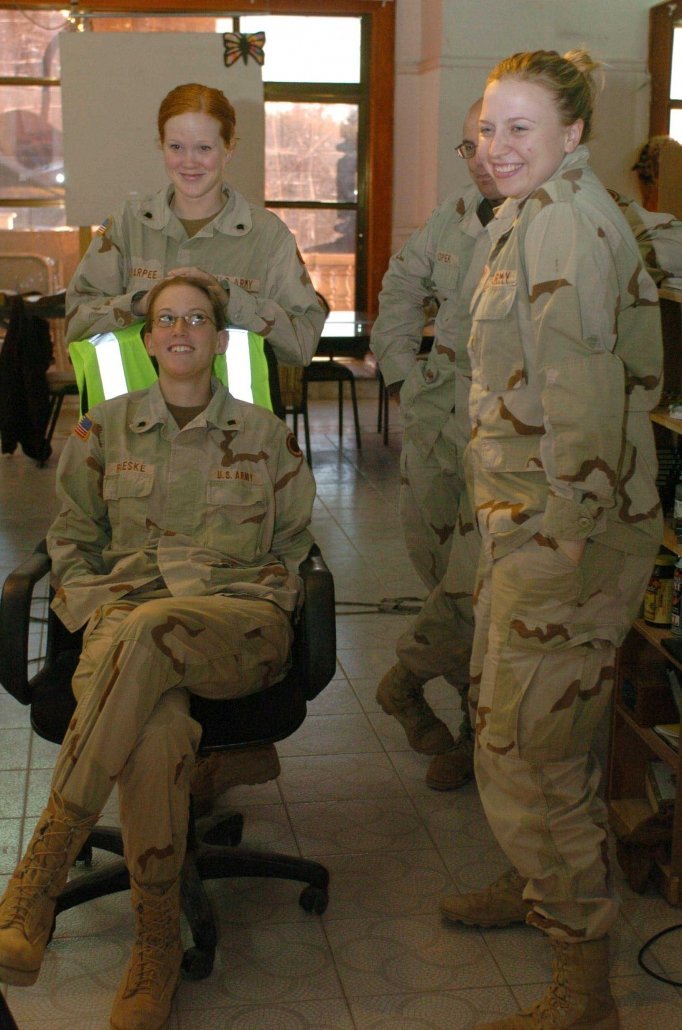 The trailer I lived in with Sara and Mary was a thin metal box, four beds, three lockers, a small fridge, microwave, and a wall air-conditioner unit. We called this place home for a year, and I can’t remember the day we left. We came back to this place each night we were not out on a mission. The fourth bed was used as our living room, and as often as we could we would sit hip to hip to watch anything we could find on a laptop. The engrossing escape into a movie or show was nothing short of transformative. But what I can still feel now is the heaviness, as if an iron blanket closed around my shoulders when each show finished, and I remembered where I was.

Years have passed and the details of my daily conversations with Mary and Sara have faded, but the feelings around certain moments are still vivid. The way any of us opened our trailer’s flimsy door revealed a lot of about how we were feeling. If Mary came in throwing her gear, you knew to duck and ask questions later. Other times she walked in half-dancing, ear buds in, wearing her fitness uniform and weight-lifting gloves—also a sign that she grew up in a town that supported the motto, “Dance as if no one is watching.” Sara, who I grew up with in Madison, Wisconsin, and was nicknamed “Sara plain and tall” by my older brother, would gracefully enter with long even steps, but let her gear crash down in a rough muffled thud on the hollow floor tiles. She would sit down on the edge of her bed, knees spidering up under her elbows after what was usually a long day. Each of us, then as specialists in the Army, always had a deadline, always had a next hit time, always had somewhere we were required to be. For me it was either an editor with a never-ceasing supply of red ink or listening for the next mortar fire that signaled my assignment at the aid station. 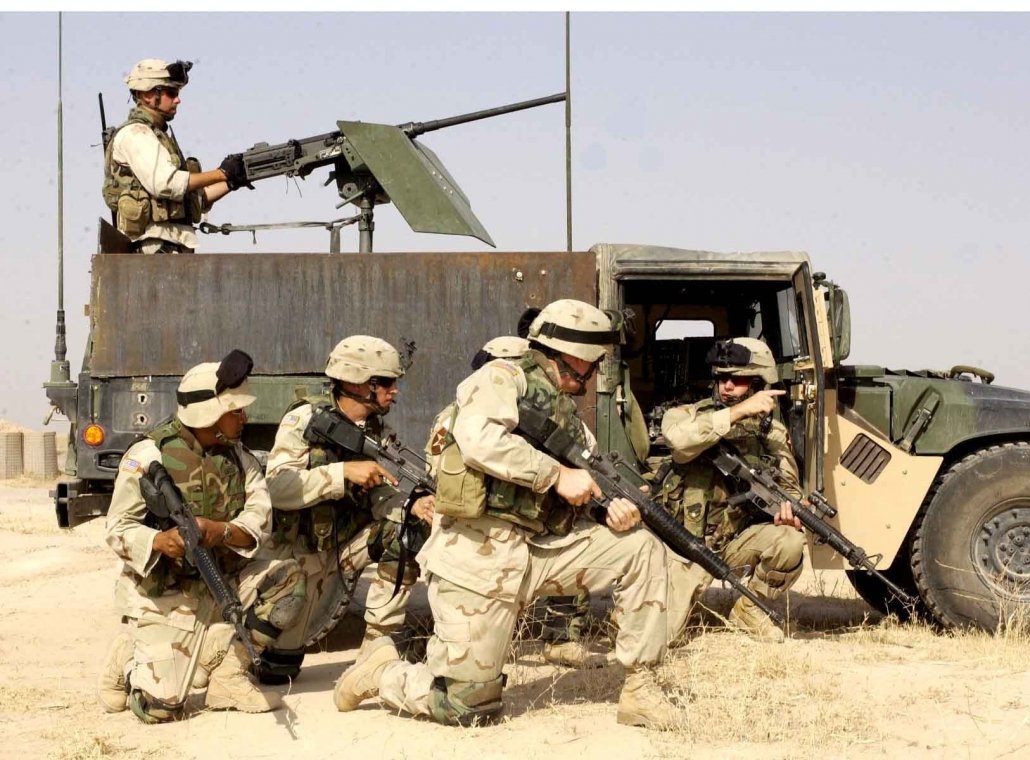 I honestly don’t recall if the three of us ever talked about what we saw on our missions, or what it felt like to continue to use the shower trailer after the curtains were shredded by shrapnel, or see the bunker we were supposed to go to collapse from a direct mortar hit. Maybe we did, but likely we didn’t. We saw it while walking together from our trailer, past the aid station, down the hill, to the palace every day.

So, I continue to share stories about how in those moments, I told Sara and Mary that we should split up rather than let one well-placed mortar take out the three of us, or other stories that strike the surface of funny. Like when one of our interpreters, a stout, bald, strikingly joyous Iraqi man, always said Mary would make a perfect bride. “She is very tall and her father owns a business,” he would say. “What is there not to love! She is very tall!”

Or how our non-commissioned officer, when out with us on humanitarian missions, would coordinate with the locals, then come back and report how many goats and sheep he sold us for and what great brides we were going to make.

Or the time when a well-intended fun run around the perimeter of the forward operating base was interrupted by the near-daily mortar rain. Everyone’s times were a little off from having to run for cover and wait for the rounds to stop coming in.

Now, so many years later, it seems as though maybe Sara and Mary took my advice too well that first night we heard mortars come in. Although we come back together for weddings, births, and rare weekends with one another, a group chat is now what we have to keep our over-filled lives strung together. And in those conversations, rarely do we stumble into the thick black line of our story together in Iraq. Now I read more into what they don’t bring up, the consequence of knowing each other in war, when the score for our lives was written with the highest high notes of relief and the lowest low notes of fear.

Naturally our husbands have become our confidants now.

I had been married for eight years before I realized I had never told my husband about the details of that year in Iraq. In a very illogical way, I felt like I had already told him. But one warm evening after the kids were in bed, in that hour between when they go to bed and we do, sitting on our teal basket-weave couch, folding a stray load of laundry, he emphatically said, “No, you have to actually say the words for me to know.” So, I finally did. 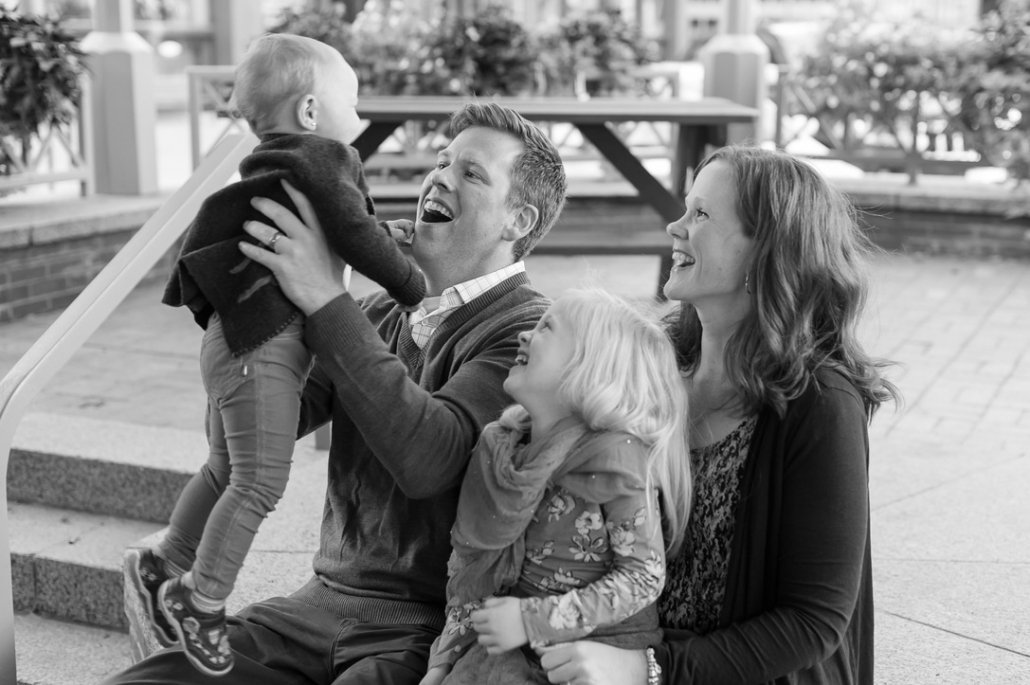 He will no doubt be embarrassed when I describe how much I love the hair on the side of his neck behind his ear, how it curls into a letter C and when it gets to an O, he feels it’s time to cut it. But he is the one who has taught me again how to love and how to forgive and feel the stretch of emotions in between. And he is the one who patiently listens to all my stories, including the ones that are not meant to be shared. 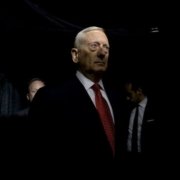 Rage and the Manger
Scroll to top