Yemen is a nation at war with itself. And for nearly four years, the United States has gotten sucked into the battle, along with other powerful nations like Saudi Arabia and Iran. Now the challenge is getting out, which requires the convoluted understanding of how the United States, in particular, got involved in the first place.

It all started back in the early fall of 2014 when Iranian-backed Houthi rebels marched on Yemen’s capital city and overthrew the transitional government that came into power during the Arab Spring of 2011. The Houthis are religiously Zaydi, which is an offshoot of mainstream Shia Islam. They are an extremist minority within a minority and believe they are following the Shia Messiah. Because their interests were not being represented by the makeup of the transitional government in Yemen, the Houthis rose up and quickly swept aside the government’s unorganized resistance. In January 2015, the Houthis formally deposed Yemen’s President Abdrabbuh Mansur Hadi.

In response to the Houthi coup d’état, a coalition of Gulf states led by the Sunni government in Saudi Arabia—and backed by the United States, the United Kingdom, and France—began waging an all-out air campaign aimed at routing the Shia rebels and preventing the complete takeover of the country. 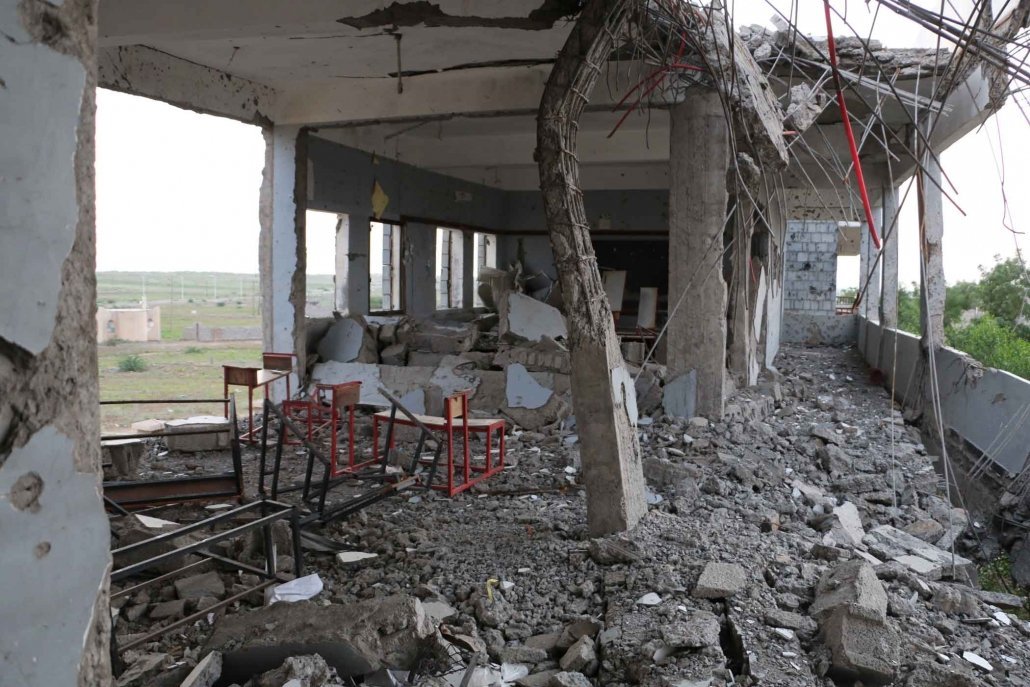 The al-Asma School in Hodeidah, Yemen, after it was attacked by the Saudi Arabia-led coalition. November 8, 2015. Photo Courtesy Amnesty International

“The Saudis have always seen themselves as the exclusive outside power in Yemen,” says Gregory Gause, a professor at Texas A&M’s Bush School of Government. Gause’s work focuses on the Arabian Peninsula and the Persian Gulf, including Yemen. “And to that extent they worry about the Houthis because they see the Houthis as an extension of Iranian influence.” The volatile rivalry between Saudi Arabia and Iran is fueled by the two competing religious sects in Islam: Iran is largely Shia Muslim, while Saudi Arabia is Sunni. On top of that, since the 1979 Islamic revolution in Iran, the Shia leadership there has maintained an explicit goal of exporting their theocratic model to other nations in the Persian Gulf. This goal directly contradicts Saudi Arabia’s vision of itself as the leader of the Muslim world.

Further complicating matters on the ground: The extremist Sunni members of Al Qaeda in the Arabian Peninsula (AQAP)—the terror organization’s most dangerous branch—are based in southern Yemen, and many of its members have joined or fought alongside militias backed by the Saudi coalition and, by extension, the United States, to defeat the Houthis.

“Supporting the UAE [United Arab Emirates] and the Kingdom of Saudi Arabia against what the U.S. views as Iranian expansionism takes priority over battling AQAP and even stabilizing Yemen,” Michael Horton told the Associated Press (AP). Horton is a fellow at the Jamestown Foundation, a U.S. analysis group that tracks global terrorism.

The entanglements and regional conflicts have catapulted into a series of devastating, albeit ineffectual, onslaughts. “No one is winning,” says Brian Castner, a former explosive ordnance disposal officer in the U.S. Air Force now serving as a Senior Crisis Advisor for Amnesty International. After four years of fighting, the “war is fundamentally a stalemate,” Castner continues. “Those that are losing are the average civilians in Yemen.”

According to reports published by Amnesty International, all sides of the conflict in Yemen have committed war crimes and other serious violations of international law. Thousands of civilians have been killed by indiscriminate shelling of residential areas perpetrated by Houthis and by indiscriminate and disproportionate bombing raids led by the Saudis. Civilian infrastructure has been leveled, and all sides have engaged in arbitrary detention, enforced disappearance, and torture.

“The United States has been training the Saudi Air Force since the first Gulf War,” says Castner, “and the United States is heavily invested in them competently carrying out their missions.”

Whether through negligence or sheer cruelty, however, the Saudi Air Force’s performance has been anything but competent. According to The New York Times, Saudi warplanes have dropped American-made bombs on, among other things, factories; civilian hospitals; critical roads, bridges, and wells; funerals and weddings; and a school bus full of children. The Armed Conflict Location and Event Data project estimated in June 2019 that the number of deaths as a result of the fighting might be as high as 100,000.

The Saudi Arabian-led coalition has also imposed excessive restrictions on the entry of essential goods. Houthi authorities, in turn, have prevented the free flow of humanitarian aid, in direct violation of international law. Both actions have exacerbated the world’s worst and most unrelenting humanitarian disaster. According to the annual Worldwide Threat Assessment report—which was published in January 2019 and represents the consensus view of U.S. intelligence agencies—of the nearly 29 million people living in Yemen, about 22 million need some form of humanitarian assistance. About 16 million do not have reliable access to clean water and sanitation. More than a million are suffering from cholera. 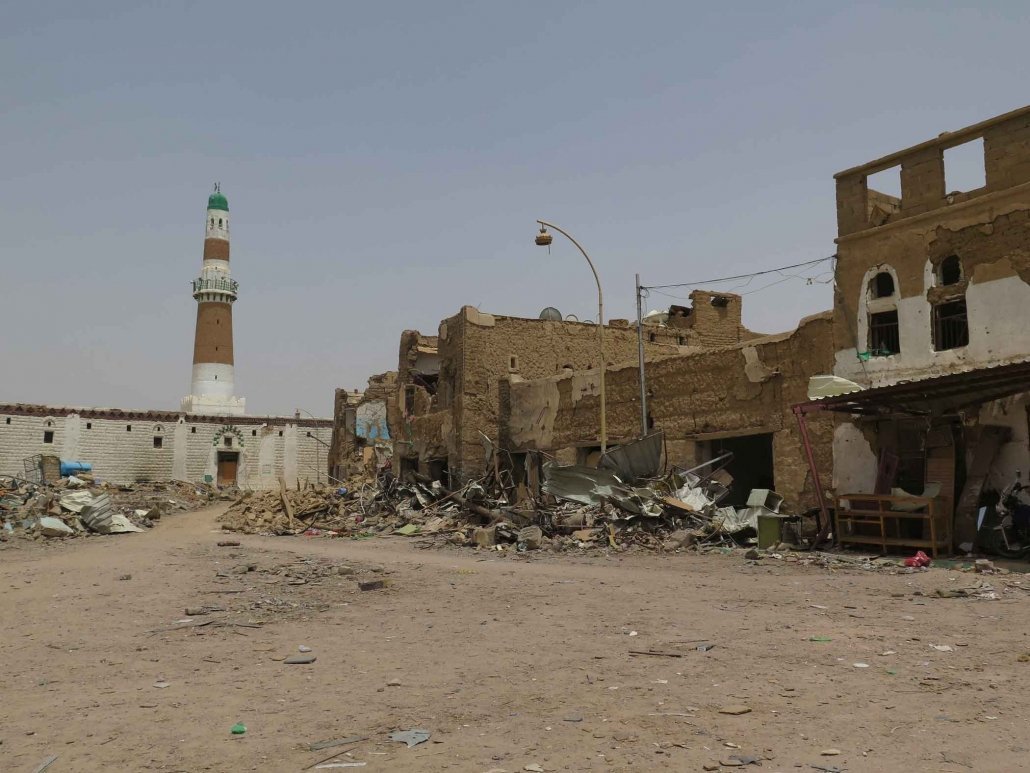 An airstrike took place on this market in front of the Imam al-Hadi mosque, Sa’da City, Yemen. May 9, 2015. Photo Courtesy Amnesty International

“With the UAE’s withdrawal of forces, the situation on the ground gets more and more complex and chaotic,” says Castner. “There isn’t a military solution to the current conflict.”

The U.S. intelligence agencies that published the Worldwide Threat Assessment claim that the situation in Yemen is unlikely to improve anytime soon. The warring parties “remain far apart in negotiating an end to the conflict,” the report states, “and neither side seems prepared for the kind of compromise needed to end the fighting, suggesting the humanitarian crisis will continue.”

Aside from sending advisors to train and gather intelligence for the Saudi-led coalition, the American military has also been fighting a drone war in Yemen for almost two decades. During President Obama’s eight years in office, the United States carried out 154 drone strikes, according to a count by the AP and the Bureau of Investigative Journalism. In his first two years in office, President Trump ordered 176 strikes. The number of strikes in the last year have dropped precipitously. According to the Bureau for Investigative Journalism, there were only nine confirmed U.S. drone strikes in Yemen from January to August, likely because the United States has been relatively successful at hunting remaining Al Qaeda operatives in Yemen and have run out of targets. 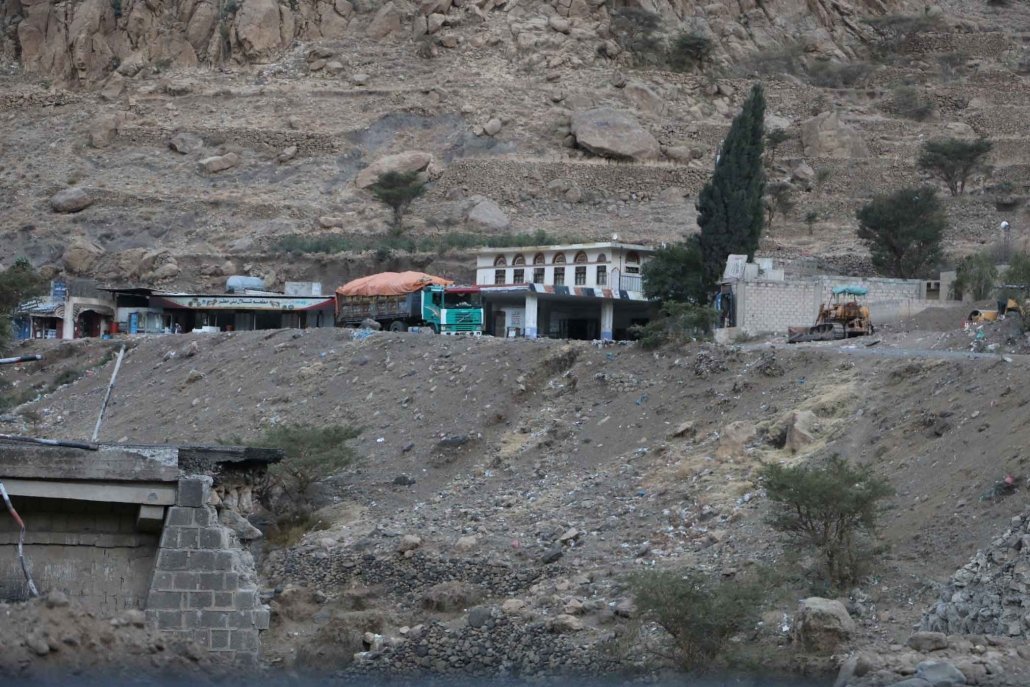 Bridge between Sana’a and Hodeidah that was bombed by the Saudi Arabia-led coalition, November 7, 2015. Photo Courtesy Amnesty International

Several databases are trying to track the number of deaths that have occurred as a result of these strikes, and it has been estimated that more than a thousand deaths—both militants and civilians—have occurred since 2009. The actual number is likely much higher. The Pentagon does not release details about or death tolls as a result of drone strikes.

Moreover, the United States, along with several other Western nations, have supplied billions of dollars’ worth of arms that have likely been used to commit war crimes, according to Amnesty International. Since March 2015, the UAE has received at least $3.5 billion worth of arms—including aircraft, ships, small arms, light weapons, and ammunition—according to publicly available data. The UAE has, in turn, armed various militias fighting in Yemen, some of whom have been accused of committing war crimes and other serious violations of international law, according to the results of an open source investigation published by Amnesty International in February 2019.

Neither the United States, nor the United Nations, seem to be able to broker a diplomatic solution. On Oct. 30, 2018, the then-Secretary of Defense Jim Mattis and Secretary of State Mike Pompeo called for the war in Yemen to end within a month’s time. That deadline came and went, and Saudi airstrikes continued unabated. A month later, on Nov. 28, 2018, the U.S. Senate voted on a resolution to open debate about ending the American role in Yemen. The resolution passed, though the White House threatened to veto any bill calling for the United States to abandon its longstanding relationship with Saudi Arabia. Six months later, President Trump bypassed congressional review of an arms sale to Saudi Arabia, the UAE, and Jordan after taking advantage of a provision in the Arms Export Control Act that allows for “emergency” sales of arms when it is in the national security interest of the United States. 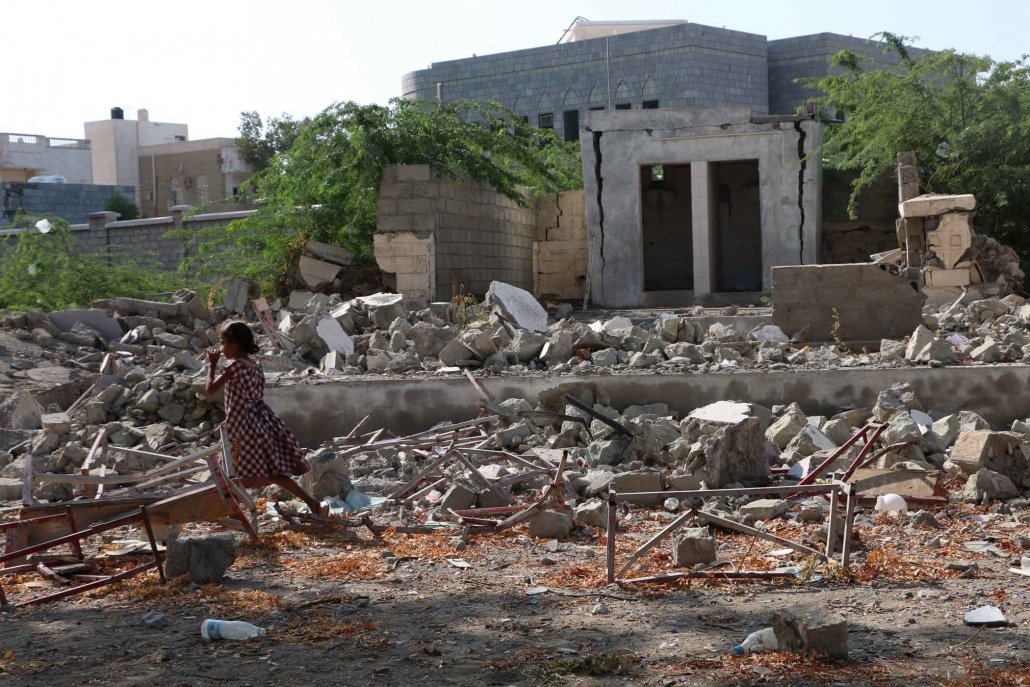 The al-Shaymeh Education Complex for Girls after it was struck by missiles fired by the Saudi Arabia-led coalition. Hodeidah, Yemen. November 9, 2015. Photo Courtesy Amnesty International

At the same time, however, French human rights groups protested in early May the sale of weapons to the Saudi-led coalition and sought emergency legal measures to stop a Saudi ship—the Bahri-Yanbu—from picking up arms in the port of Le Havre. It is possible that the war could eventually be overtaken by such outside events, especially if the rest of the European Union begins to exert united political and economic pressure as a means toward ending the fighting.

What happens next? It’s hard to say. But the objection to U.S. and EU involvement in this war is becoming increasingly clear. 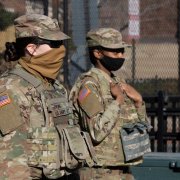 The Son of Refugees Reflects on How to Lose a U.S-led War
A Long-Awaited Reunion for Two Black Veterans