I thought death would touch me overseas when I joined the Army, but not during routine domestic training. Then a soldier in my brigade died in our first week at the National Training Center in California’s Mojave Desert. Fear and foreboding replaced my initial shock. I had focused so much on the mundane logistical tasks to get us there; I’d forgotten training could be dangerous.

We’d arrived from the prairie—Fort Riley, Kansas—after months of training for our unit’s rotation through the Training Center, what we called NTC. The 1,000 square miles of mountainous desert, roughly the size of Rhode Island, allows for brigade-size simulated battles in an area that’s so remote there’s little chance of noise complaints. Miles of space means room for large tank maneuvers, as well as entire shanty towns that approximate Afghan villages. Our unit had spent the summer and fall prior to our February rotation in the field, day and night, simulating the battles we might fight in the Mojave Desert. 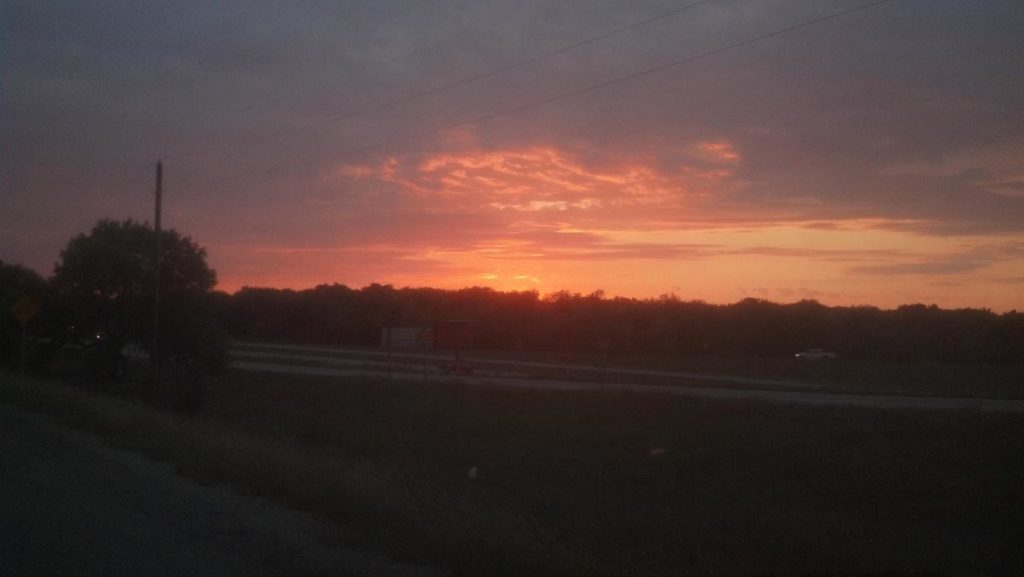 The sun rises over Kansas, where the author was stationed before her unit’s rotation through the National Training Center. Courtesy of Nina Semczuk

Our first week at NTC we spent in the staging area, a sand-colored holding pen filled with tents, gravel, and soldiers, getting our vehicles and intelligence satellites working. At night, we’d sleep on cots in huge hardstand tent hangars. It felt safe, like an Army version of summer camp. I’d fall asleep listening to soldiers whispering back and forth in the dim light. We knew any danger we might encounter would start once we left the confines of our staging area a day later, when we would traverse steep, unrelenting desert mountains. But at worst I thought we’d face dehydration, cliffs, and unknown territory where we might get lost.

READ MORE
All Time Is All Time. It Does Not Change.

A day or so into the first-week hustle and bustle, my soldiers began chattering about news of a “training accident.” Companies and platoons exchanged details as the soldiers went about finding equipment and prepping our gear for the field. No one knew what had happened, except that it involved a vehicle and a soldier and that it sounded serious.

We asked soldiers in other companies for more details, but the immediate to-dos took precedence. Our 3,500-person brigade worked to get our vehicles and systems up and running as chaos consumed my day—my Platoon Sergeant refusing to leave his cot, another soldier dealing with his wife’s miscarriage, and the flurry of activity getting my six ground intelligence and satellite vehicles operational. But the question remained in the back of my mind: What had happened in that “training accident”? In quiet moments throughout the day, an uneasy feeling crept over me. I hated not knowing what was going on—for myself and my soldiers, but also to clear the air with truth.

Bits of news about the incident trickled through the brigade over the next 12 hours. According to rumor, a soldier had been standing on a Bradley, a 30-ton infantry fighting vehicle, during routine maintenance when the turret had turned and crushed him. Our Company Commander verified the rumor some time later, but nothing more was said or done officially. No moment of silence, no official acknowledgement. As if his death were nothing more than a routine hiccup. An unfortunate hiccup, but one that we had to push through to keep our momentum strong going into our three weeks of simulated battles. 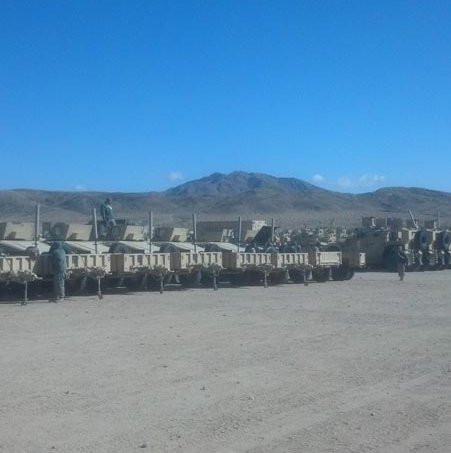 The author photographed the motorpool staging area during her unit’s rotation through the National Training Center in 2013. Courtesy of Nina Semczuk

I thought back to my college R.O.T.C. years spent preparing for Iraq and Afghanistan under the tutelage of crusty Sergeants. Suicide vests and car bombs, even green-on-blue attacks and friendly fire—we’d talked about those combat and noncombat deaths, but not the mundane, almost pathetic ones. We digested the news as we continued packing trucks, checking weapons, and setting up our computer systems in the hive of a staging area. Then we set out into the desert.

Apart from a brief halt on the way, we arrived at our first tactical operations center location without issue. Later that day, after the tents were set up, my company Executive Officer told me and the other Platoon Leaders that we’d had another “training accident.” An HET vehicle carrying a tank had flipped, severely injuring the two soldiers inside. One Sergeant’s face was almost entirely ripped off. He and the other injured soldier were in critical condition and quickly airlifted to a Las Vegas hospital over 200 miles away.

Our First Sergeant later confirmed the rumor my Executive Officer had heard. Accidents happen, the battalion Staff Officers I worked with told me; imagine if that had happened while we were under enemy attack. In a way, they said, we were lucky, getting to buff out our operations on domestic grounds before deploying. Both of the soldiers injured when the tank flipped left the Army through a medical board; they no longer were physically capable of performing soldier duties. If there were others involved in that accident, I don’t know what happened to them.

I struggled to wrap my head around what felt like sad, almost pathetic ways to die and be injured. It seemed unfair—it still does—dying in the desert of California, rather than at war. I don’t know if the soldier who died when the turret hit him had deployed; I wouldn’t have been surprised. It’s always the Sergeant who’s survived six or so deployments to Iraq, Afghanistan, Africa, it seems, who dies domestically, doing something routine. 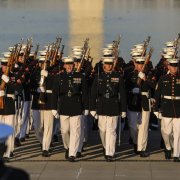 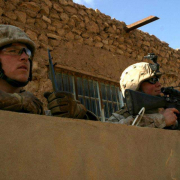 An Army Interrogator, His Grandfather, and a Bond Across Two Wars
Old West Pistoleros and My Love of Machine Guns

As the ‘Forever War’ Drags On, Veterans Bring Battlefield Knowledge to the...
Scroll to top