Overlooking the cubicles of the Vets4Warriors call-center headquarters in Piscataway, New Jersey, is a large digital clock. Like similar call-center clocks, this one catalogs the hour in cities with different time zones: New York, Los Angeles, Honolulu. But also posted are cities you might not expect to see in a relatively generic-looking office like this one: Frankfurt and Seoul, Kabul and Baghdad. That’s because, as the name implies, the calls coming in to Vets4Warriors are from military servicemembers—from all over the world, from each different branch, from those on the front lines and those who served long ago, for any type of problem or issue you can imagine. And the calls never stop.

“We answer the calls for veterans, for active-duty military, Guard and Reserve members, or family members of any of them,” says Mark Graham, a retired Army major general and now director of Vets4Warriors. “Anyone who’s worn the uniform for a day, or any time, can contact us. Twenty-four hours a day, seven days a week. We never close.” 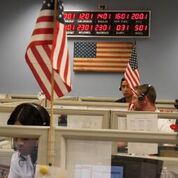 In 2018, there were 321 active-duty military personnel who committed suicide, the highest number since 2012, which recorded the same exact number of suicide deaths, according to Military.com. Amongst veterans, there were 6,079 suicides in 2016—nearly 20 per day—says the most recent Department of Veterans Affairs report. That number is slightly less than the year before, but still part of a steady increase from 2005, when the department began collecting data. And the suicide crisis is happening at VA facilities. In the last two years, there have been reportedly 30 veterans who’ve taken their lives at VA hospitals or in their parking lots.

It’s important to note that Vets4Warriors is not intended to be a crisis hotline—if a caller seems to be in immediate danger, an on-staff clinician will transfer the call to the Veterans Crisis Line. Vets4Warriors’ goal is to provide help and guidance to servicemembers before it can get that bad. And it does that by ensuring those people who answered the phone—45 of them at last count—are all former members of the military themselves, to better connect with the callers dialing in.

“When you call and a veteran answers, there’s an immediate trust,” says Graham. “You don’t have to get through that clinical barrier of ‘I don’t really know you.’ Even though they don’t know us, they form a common bond really quick.”

Vets4Warriors was created in 2011 by Rutgers University Behavioral Health Care, after a rash of suicides at the Fort Hood Army base in Texas. It spawned out of a smaller program focused on New Jersey veterans, but in its new incarnation, expanded its scope to veterans and active-duty members and their families around the world. It shares its call center floor with a handful of other hotlines under the Rutgers University Behavioral Health Care umbrella, which connect people in difficult or stressful positions with their peers—police helping police, mothers with special-needs children helping other mothers in the same situation, caregivers for memory-loss patients, and more. 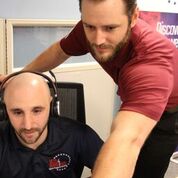 Calls to Vets4Warriors come from all the different military branches but also run the gamut across eras of foreign conflict. A little over half come from Post-9/11 servicemembers, with the next highest being Vietnam-era veterans, who make up about 15% of calls. There are Gulf War callers, callers who served just before 9/11, and even servicemembers from the Cold War era.

With this breadth of diversity, Vets4Warriors pays special attention to matching callers with peers from a similar background—sometimes a Marine only wants to talk to another Marine, or a Vietnam vet with another. Peer support staff members like Ray Torres, an Army vet who’s been working at Vets4Warriors for a year now, spend about 20 to 40 minutes with each caller, then will schedule more check-ins with them over the course of the next four to five months.

“No two calls are alike,” says Torres. “You never know where the conversation can go. It’s important to make sure they know I’m not going to criticize or pass judgement.”

After a call, a team of supervisors and clinicians will typically review the case and help outline a support plan and recommend resources. The reasons for the calls, as Torres notes, can vary widely: Some want to talk through family issues, get help after losing a job, or find assistance with their mental health. Others need advice on navigating the Veterans Affairs healthcare system.

Still, there are some constants, which Graham keeps data on. The No. 1 reason for calls is some form of anxiety, followed by issues dealing with relationships, depression, isolation/loneliness, and, finally, finances.

“Isolation and loneliness used to be No. 1, for a long, long time,” says Graham, who watched it inch its way down the list over the past half-year. “We’re hoping that’s because there are more organizations out there and veterans and family members are talking to folks.”

Since 2017, Graham has also kept track of how many new callers dial into Vets4Warriors. Recently, they’ve seen over 14 new callers a day, an uptick from two years ago. He says the organization is on track to help between 5-6,000 people in 2019.

One might look at that increase in calls and glean the worst: that mental health issues in the military are rising, and more veterans are struggling with their day-to-day lives. This may be true, but Graham prefers to see these calls as a sign of hope: The increase shows that word is getting around that help can be found, when needed, 24/7.

“I always use the analogy of the church and the preacher,” says Graham. “You never see a preacher sad when they’re bringing in folding chairs, right? … More callers means we get to go out, hire more veterans, bring in more cubicles. We’re already working on expanding to a bigger space. The model works, and people see it.”

That expansion also underscores a longtime goal of Graham and Vets4Warriors: trying to counter a “macho” military image that often prevents servicemembers from getting mental health care.

“I think a lot of people think if you need help, it’s a weakness,” says Graham. “And it’s not. It’s a strength—not a weakness—to get help. It’s not easy to come forward. It’s tough to make that call.” For this reason, calls coming into Vets4Warriors can be anonymous. 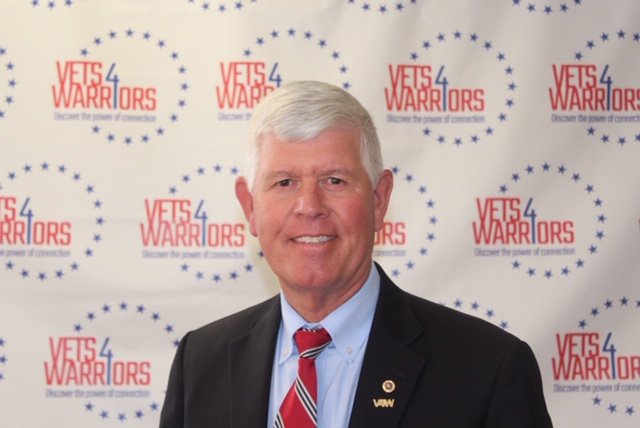 Graham has a painful point of reference on this issue. In 2003, while Graham was stationed in Korea, his son Kevin died by suicide. He was an ROTC cadet at the University of Kentucky and had stopped taking his prescription for depression for fear it would be seen unfavorably by the Army.

“He was struggling,” says Graham in his Vets4Warriors office, where just outside the window, a half-mast flag is waving in the breeze. “He had depression. It’s real, it’s a medical issue. It’s not just a sad feeling. My wife and I, we were part of the stigma. We didn’t know enough to know to get Kevin the care he really needed.”

Less than a year later, Graham’s older son, Jeff, was killed by an IED in Iraq while on patrol as an Army lieutenant. Had he survived the attack, Graham recognizes, Jeff would have still potentially suffered from mental health issues like PTSD. “I have a heart and passion for my boys, and the reason I’m here doing this is that there’s a lot like them out there,” he says.

The compounding tragedies is how Graham found himself leading Vets4Warriors, which he joined in 2013. He was retired at the time, living in North Carolina with his wife, Carol. But when he was pitched the position, he recognized an opportunity to help people like his son Kevin. He knew he had to take it.

“I never thought I’d live in New Jersey,” says Graham. “My wife’s from Kentucky and I’m from the St. Louis area. This wasn’t on our list to end up here, but we really love it. But like I tell people, we didn’t make the plan.”

In 2015, Vets4Warriors hit an obstacle when it lost funding from the Department of Defense, for which it was a subcontractor reporting to the Defense Suicide Prevention Office. Vets4Warriors had a one-year contract with the government with an option for a one-year extension. At the end of the second year, the Defense Department chose to bring the services offered by Vets4Warriors and other similar organizations in-house, under the Military OneSource program.

“The shift was due to the expansion of Military OneSource’s role in 2015 to include providing peer-to-peer support services, which was similar to what Vets4Warriors was providing to the department at that time,” a DoD spokesperson told The War Horse.

Just before Vets4Warriors was forced to lay off its veteran employees due to lack of funds, the New Jersey legislature stepped in with $2.5 million to keep it open another year. During that time, Graham transitioned the organization to a public-private partnership model.

Today, New Jersey funds about 60% of the organization, with the rest of it raised through private donations and grants from veterans’ organizations. It’s not as much as they had before with federal funding, but Graham says the shift “almost strengthened us in a way, because we knew we had to go out there and get the word out and show people what we’re doing, that we’re actually helping people.” 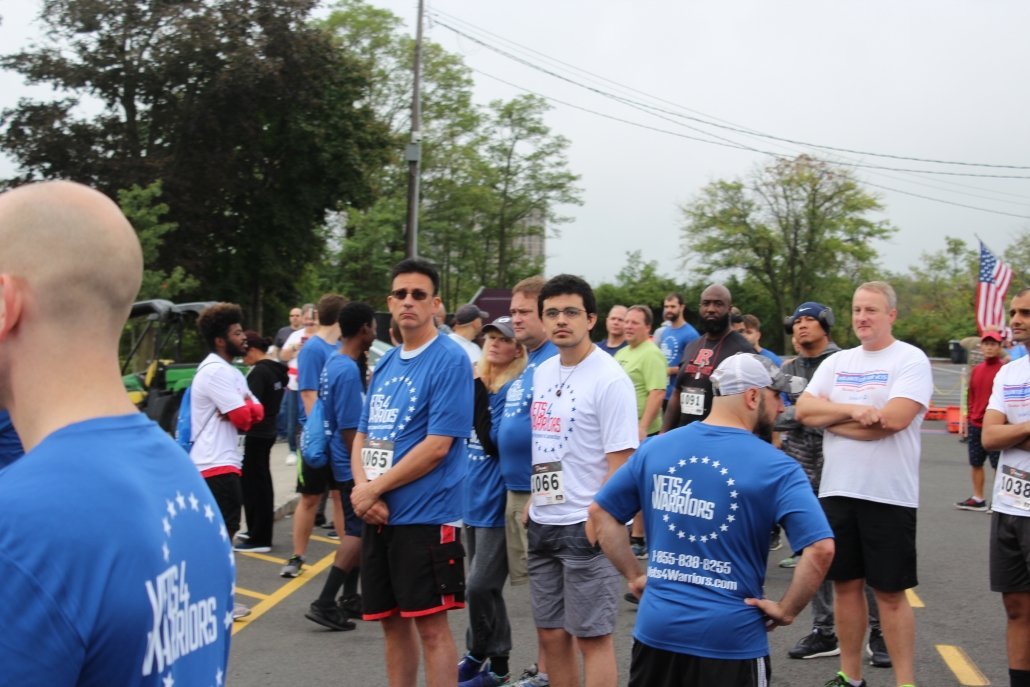 For Vets4Warriors and Mark Graham, this means raising more funds, hiring more veterans, and, most importantly, helping more people. “We weren’t able to save our son Kevin,” he says, “but we can help others like him struggling in silence.” 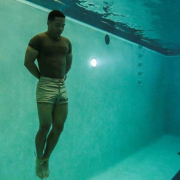 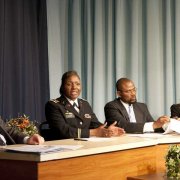 As Troops Face Mounting Demands to Serve in Crises, Civilian Employers Are Firing Them 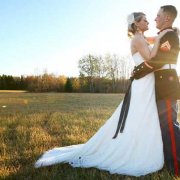 The Five Essentials of Storytelling. A Survivor’s (Excerpt) Guide to Writing about Trauma 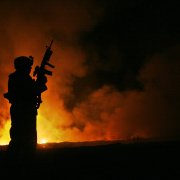 A Military Family’s Love Thrives or Dies Thanks to the Marine Corps
Me, Also. A Cobra Pilot’s Story of Military Sexual Assault

The Two Hundred and Fiftieth—a Military Spouse Loses a Student to Gun Vio...
Scroll to top