The Robert F. Kennedy Journalism Awards honor outstanding reporting on issues that reflect Robert Kennedy’s concerns, including human rights, social justice, and the power of individual action in the United States and around the world. The award is among the few in which winners are determined by their peers. Past recipients include The Washington Post, NPR, CBS’s 60 Minutes, and ProPublica.

Winning entries span 13 categories and provide insights into the causes, conditions, and remedies of human rights violations and injustice, and critical analyses of relevant policies, programs, individual actions, and private endeavors that foster positive change. The top prize of the evening went to brothers Cooper and Satchel Walton of DuPont Manual High School in Louisville, Ky. who exposed statewide police training guidelines urging “ruthless violence” and quoting Adolf Hitler. We’re incredibly grateful to be recognized alongside other incredible honorees this year at the Associated Press, Washington Post, HBO, and young journalists at the Walter Cronkite School of Journalism and Mass Communication.

In addition to the prestigious RFK award, The War Horse’s reporting on the court martial of Cpl. Ohu  was also awarded a top prize in the annual contest of the Military Reporters and Editors Association. The judges wrote, “Thomas Brennan produced a detailed and compassionate telling of the impact rape had on the life and career of a young Marine. Working within the bounds of an ongoing legal proceeding and the constraint of traditional military culture, Brennan’s story about mental illness is well sourced with family and colleagues.” 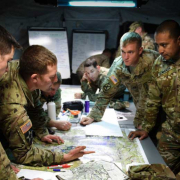 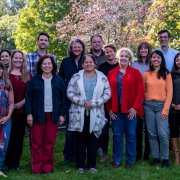 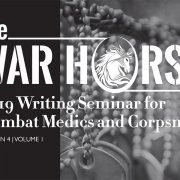 The War Horse Publishes Writing Seminar Anthology
From Death Threats to a French Dandy, Afghan Contractors Abandoned by the U.S....