Last fall, we hosted our fifth writing seminar—this one for military spouses—to help train the next generation of military writers to find and shape their stories. 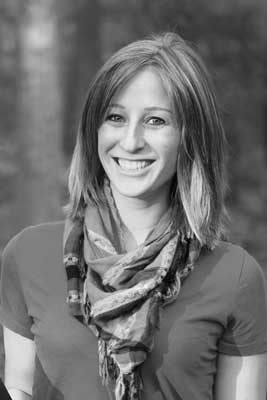 Jennifer Brookland is a journalist covering child welfare in Michigan for The Detroit Free Press. She is a 2022 corps member of Report for America, a national service program that places journalists into local newsrooms to report on under-covered issues and communities. Prior to joining the Free Press, she reported on military and veterans’ affairs and produced a daily talk show highlighting local and state-wide issues at North Carolina Public Radio. She also spent seven years freelancing for publications ranging from city magazines to the United Nations.

Jennifer has reported on transportation safety in America as part of News21’s national team and has interned with WGBH’s “The World” and “The New Humanitarian.” She also spent three years working in international development communications, where she used multimedia storytelling to show progress on issues such as youth violence prevention and early-grade reading.

Jennifer began her career as a special agent with the U.S. Air Force, where she led felony-level criminal investigations and deployed to the Horn of Africa in support of Operation Enduring Freedom. She holds a master’s degree in journalism from Columbia University, a master’s degree from The Fletcher School of Law and Diplomacy and a bachelor’s degree from Georgetown University’s School of Foreign Service. She vaguely remembers enjoying traveling, reading, and theater but spends most of her time now trying to convince her three kids that she’s in charge. 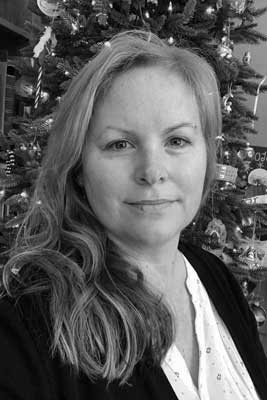 Stefanie Cooper has spent most of her life in, around, or supporting the military. She entered the Air Force Academy at 17 longing to serve her country and never looked back. Awarded a bachelor’s degree in Political Science, she went on to serve as an aircraft maintenance officer overseas and stateside. During her time on active duty she also completed a master’s degree in organizational leadership at The George Washington University. After separating from the Air Force, Stefanie embraced her new “job” as a military spouse, supporting military families at each new assignment for the rest of her husband’s Air Force career. In addition to her contributions as a military spouse, she is an avid volunteer in the community. Most recently, and to her 12-year-old son’s delight, Stefanie began substitute teaching. She loves traveling, reading, and being with friends and her family. 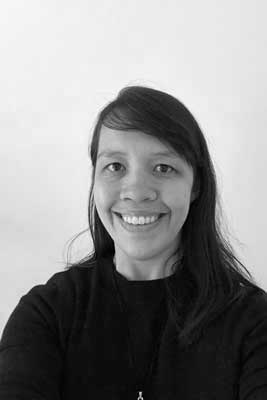 Sarah Flores is a NASA engineer, street artist, and caregiver for an Iraq War veteran. When not building tools for scientists and other engineers, she likes to paint, sketch, and draw portraits of people making a positive impact. For the last seven years, she has been caretaking her husband, who is 100% P&T rated through the VA. Initially finding herself alone with no support, she has built her village of support. Along the way, she found the strength she needed from inside herself. 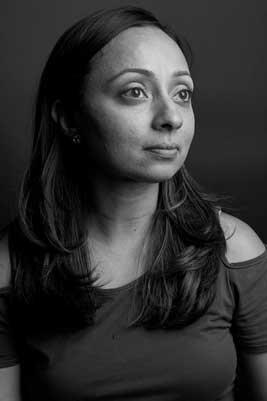 Sadia is an officer in the Air Force Reserve, an early childhood special educator, and an aspiring special education advocate. A first-generation American, she takes pride in her South Asian heritage and the sacrifices her parents made to start a life in the United States. She is a fierce proponent of inclusion for service members and individuals with disabilities.

Sadia has been published in The Lily by the Washington Post and The War Horse. She earned a master’s of military operational art and science and a master’s in special education from George Mason University. Sadia is a 2020 Tillman Scholar, a proud mother, and a Coast Guard spouse. 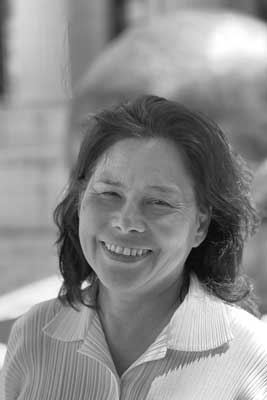 Eriko was recently the executive director of a small community-based aging-in-place nonprofit. She is a human service professional with more than 25 years of experience working as a social worker, administrator, program evaluator, and volunteer leader in non-profit, education, and government settings to support children, families, and the elderly. She holds a master’s of social work in human services management from Boston University, and a doctorate from Columbia School of Social Work in administration and policy. She lives in Arlington, Virginia, with her husband, who retired from the Army with deployments to Bosnia, Iraq, and Afghanistan. 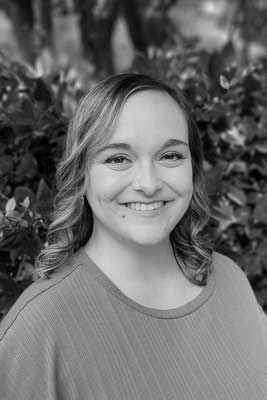 Jessica Morse is a writer, teacher, mom, and military wife. She earned her bachelor’s degree in Education from McMurry University in 2007, where she published works in the literary magazine, The Galleon. As an Air Force spouse of 15 years, she has supported seven moves, eight combat deployments, and countless temporary duty assignments. She is passionate about telling stories that foster social connection through shared experiences and adventures, as well as telling Murphy’s Law stories about a spouse’s absence as away to commiserate. When not writing, teaching, or moving at a moment’s notice, she can be found outside enjoying the Florida sunshine and sandy beaches with her husband and three young children. 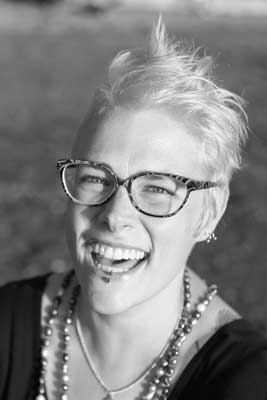 Abby E. Murray is the editor of Collateral, a literary journal concerned with the impact of violent conflict and military service beyond the combat zone. Her first book, Hail and Farewell, won the Perugia Press Poetry Prize and was a finalist for the Washington State Book Award. She recently finished her term as the 2019-2021 poet laureate for the city of Tacoma, Washington, and relocated to Washington DC. 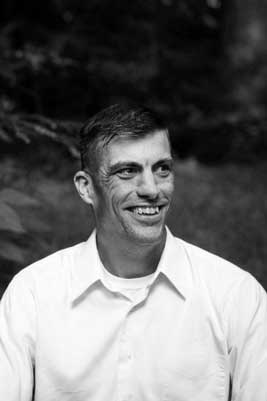 Luke A. Pernotto is a retired Marine Corps infantry officer who has made three deployments to Iraq, one each to Afghanistan, the Horn of Africa, and Eastern Europe.  He served in all four Marine Divisions as either a platoon commander, company commander, operations officer, or executive officer.

Although retired from the military, he serves as the house admiralty (commonly known as the stay-at-home parent) for the Pernotto family, which consists of: a wife, two children, and three pugs.  In the midst of chasing after the kids and dogs, he enjoys brewing beer, other fermentation experiments, and writing about beer, spirits, sake, and living in Japan.  He uses his blog, lukepernotto.com, as his creative outlet for writing.  He proudly supports his wife, who is a Navy midwife serving in Japan. 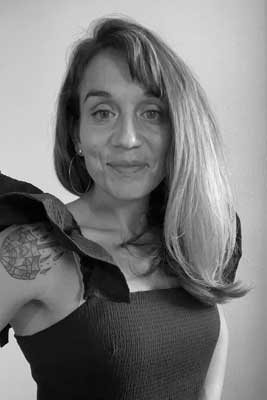 Andrea Rathbun is a disabled combat veteran and an active duty military spouse. She resides outside of Fort Polk, Louisiana, by way of Albuquerque, New Mexico. She has two daughters who are full of stories and a husband with a gift for listening. She sometimes gets it wrong but always finds a way to write. 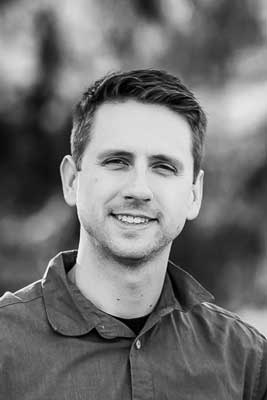 Matthew Shanks is a military spouse, dad, and entrepreneur focusing on ways to help people connect more meaningfully. He’s the founder of the Kovii app, a video chat app that lets you know which of your friends would like to talk to you, anytime you’re in the mood to connect but aren’t sure which friend to call. He’s also the founder of the Military Social Network, which helps people develop friendships through the MilSpocial app, and various events, programs, and Facebook groups. 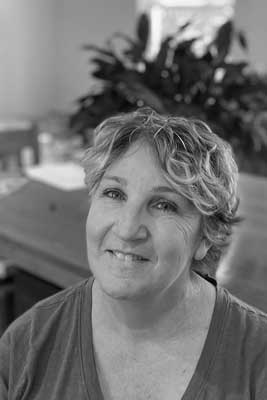 Valerie Suttee is a librarian with a passion for public library service. She holds a bachelor’s degree in English from the University of Oklahoma, and a master’s degree in library science from Texas Woman’s University.  She lives in Durham, North Carolina, with her husband, two dogs, and a large cat named Wolfgang. As a long-time military spouse, she’s adjusting to the idea of living in one place for more than two years. She enjoys sports, audiobooks, and getting the right answer on Jeopardy! 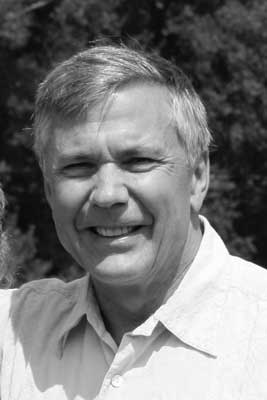 Daniel P. Woodward retired from the Air Force in 2009 as a brigadier general, following more than 28 years of distinguished service. While in the Air Force, General Woodward served in a variety of operational and staff positions, including tours as a wing commander and as a flag officer on the Joint Staff and the Air Staff. He is a command pilot with more than 3,000 military flight hours, and is married to his college sweetheart, retired Air Force Major General Maggie Woodward.

He also serves as a county commissioner in Placer County, California, and as a Presidentially appointed commissioner with the American Battle Monuments Commission, the government agency responsible for preserving and protecting 26 cemeteries where 230,000 Americans rest, and 31 monuments to American courage and heroism in Europe, Asia, North Africa, and Latin America.

Thank you to each of the generous guest speakers who volunteer their time to inspire and mentor our War Horse Fellows.